Trending
You are at:Home»Government»Haddonfield in Talks to Buy Bancroft Land, Scuttle RCA Deal

After hearing objections from residents publicly and privately, borough commissioners revealed that they have been working behind the scenes to negotiate the purchase of the property.

One by one, a steady stream of Haddonfield residents addressed their elected officials, imploring them to squash the deal between Bancroft Neurohealth and Recovery Centers of America (RCA), an agreement that would place a voluntary detox facility on the largest undeveloped parcel of land in the borough.

And when their testimonies had concluded, the governing body announced that it had already been working to do just that.

After cautioning the crowd at the April commissioners meeting “to be careful about jumping on certain rumors,” Haddonfield Mayor Jeffrey Kasko told residents that borough leaders were “actively working towards the goal that a lot of you have spoken about tonight.”

Details would be scant while negotiations continued, Kasko said, but he noted that the “borough government and people at the county and state level” were seeking to leverage a small window of time to persuade Bancroft to abandon its deal with RCA and sell the property to Haddonfield instead.

“The problem is there’s an agreement of sale between a private property owner and a private developer,” Kasko told NJ Pen after the meeting.

“I’m not privy to the agreement of sale,” he said. “If there is a 60-day review period, for the purchaser at least, then that’s the deadline I’m up against.”

Kasko said that the borough has been in communications with Bancroft, which he described as “open to discussion” on the subject. The only contact Haddonfield has had with RCA head J. Brian O’Neill has been to help coordinate next Wednesday’s public forum with the company at Haddonfield Memorial High School. 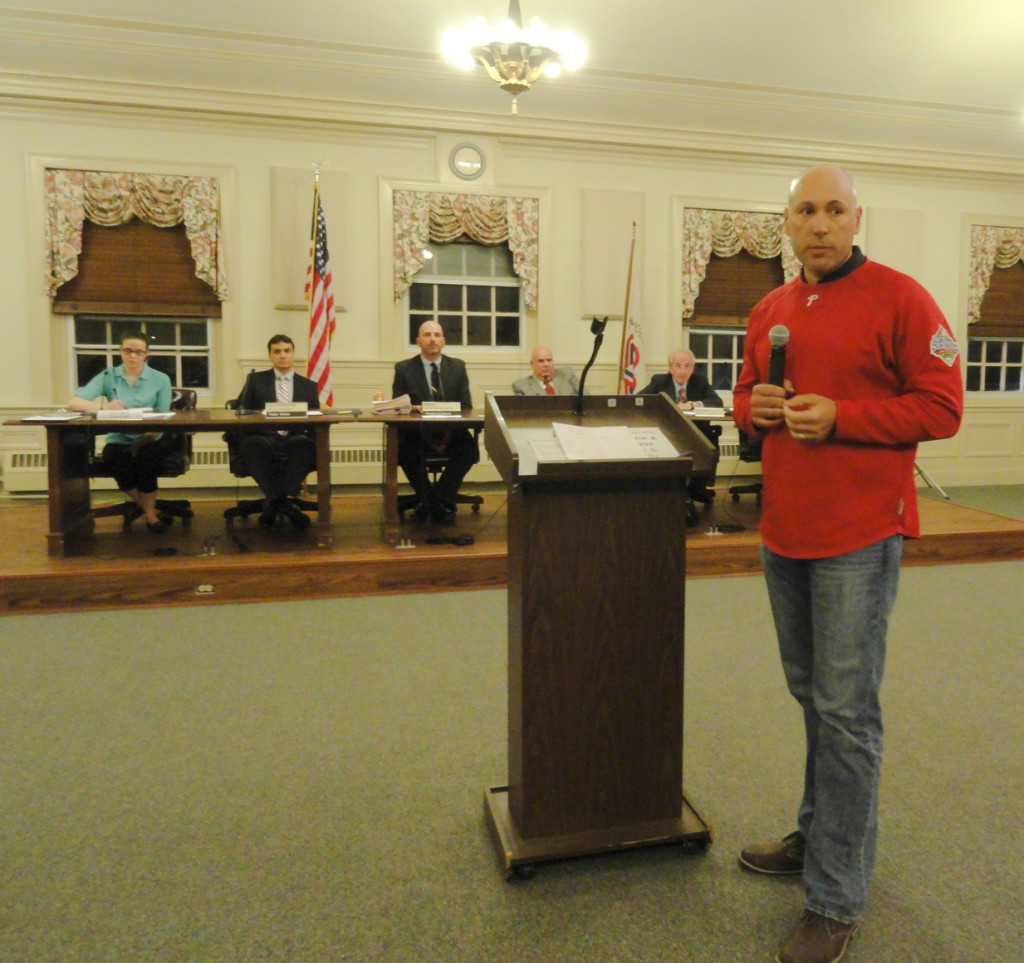 In voicing their objections to the announced RCA sale, Haddonfield residents enumerated a variety of concerns.

Chris Maynes asked the governing body to intercede in the matter so that it wouldn’t fall to the courts to decide whether RCA is entitled to a variance to operate its facility on property zoned for residential use.

“We may have a fight on our hands, which we’re prepared to wage,” Maynes said.

“Do we really want to take this chance?” he continued. “The borough of Haddonfield has the ability both legally and financially to purchase this property.”

Resident William DeLong took a different tack, calling the situation of “this type of treatment facility” near borough schools “just unacceptable.” DeLong implored the commissioners “to put some kind of deal together to help us get out of this potential dilemma.”

Dorothy Rivers stood up to say that her son “had a great problem with drugs” when he was in high school, and that she had been in denial about the prevalence of drug abuse in the community.

“I was the first parent to stand out and say, ‘No we don’t’ have a problem with this in Haddonfield,’ when we all did and nobody wanted to face it,” she said. “It’s very dear to my heart to live across the street…from where a program like this may come.”

Nonetheless, Rivers said, she doesn’t want a rehab facility for a neighbor.

“I want to help people,” she said. “I think it’s very important. But I’m very worried that it’s going to be positioned next to our loving children.”

Like Rivers, Haddonfield resident Jeff Tucker took great care to illustrate his sympathies to the problems of addiction. He described how the office at his workplace contains a five-foot oil painting of a man smoking crack. The painting, Tucker said, is entitled “Relapse.”

“I praise the goals of RCA,” he said. “I understand clearly the need. I own two companies, both of which are coming here to reside. I get why RCA would come here. My employees are ecstatic.”

Yet Tucker, who also chairs the Board of Trustees of the Fellowship House of South Camden, said unequivocally that allowing RCA to operate its facility in the borough “will destroy Haddonfield.

“If we allow RCA to buy this facility, we’re inviting additional opportunity for crime,” he said. “All of us who don’t do anything will be guilty of destroying this town.

“This purchase is a worst-case scenario for this town.” 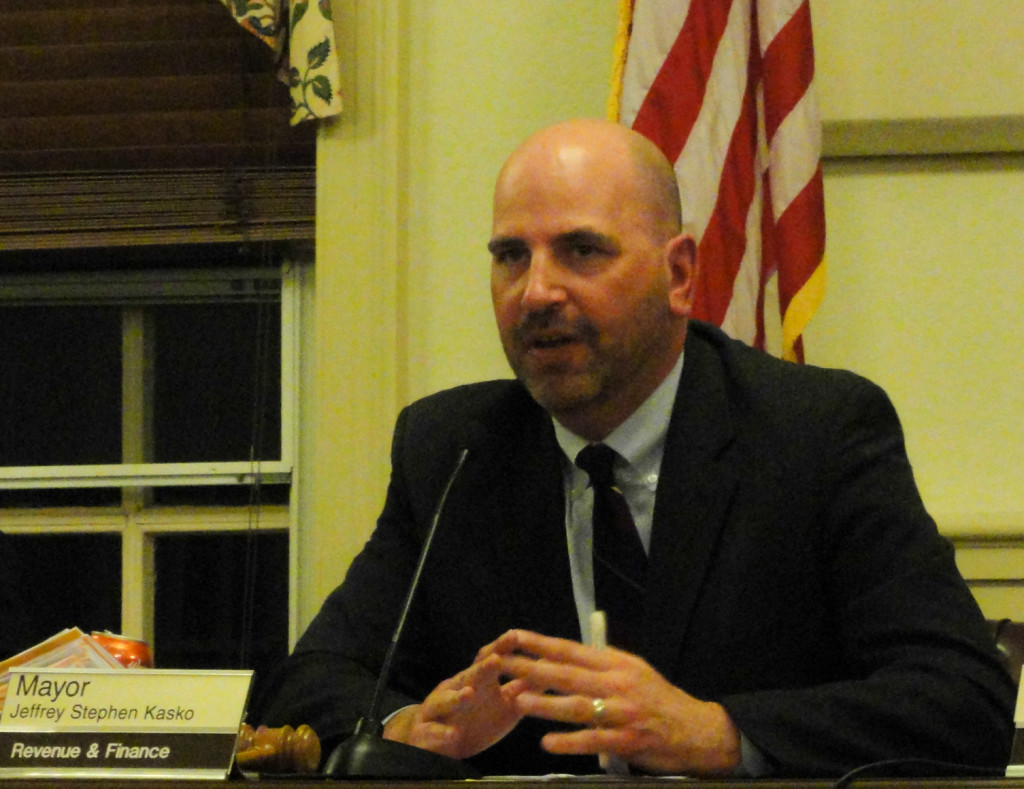 ‘We’ll work something out’

Commissioner John Moscatelli said that whatever action the local government might take to obtain the property, from brokering a new deal with Bancroft to pursuing eminent domain, “everything is so preliminary at this point.

“There are a lot of different options and a lot of laws that constrain what we can do,” Moscatelli said.

Borough solicitor Mario Iavicoli said he hadn’t “given a thought” to eminent domain, adding, “this town hasn’t faced eminent domain in the past to obtain land.”

Hypothetically speaking, Iavicoli allowed that the board of education could claim that the land were needed for educational use or expansion, or that the property could be condemned in some way before being made available for residential development. But the likeliest scenario remains that Bancroft would have to walk away from the deal with RCA first.

“There’s no other legal way to break up that contract,” Iavicoli said. “That’s why the present parties have to acquiesce in discussing a future acquisition.”

As far as funding any purchase of the Bancroft parcel, Kasko said that Haddonfield has “the capacity to take on some debt,” state and county Green Acres funds, as well as $1 million in its own open-space trust fund.

If the borough does purchase the land, Kasko said he could see it being developed as a mixed-use property, with some portion going to the school district, some dedicated for residential use, and another portion preserved as open space.

Although the ultimate fate of the property has been a subject of discussion in Haddonfield for years, Kasko acknowledged that neither the RCA deal nor any subsequent arrangement by the borough to purchase the Bancroft land was anything he had foreseen dealing with in his tenure.

“I didn’t expect this specifically, but I’m always expecting that things could pop up,” Kasko said. “It really comes with the territory.

“It’s stressful,” he said, “but we’ll work something out.”