Trending
You are at:Home»Government»Haddonfield Planning Board Designates Bancroft Property for Redevelopment

The move cleared the way for the borough government to take next steps towards a formal agreement with RCA developer J. Brian O’Neill for the future of the site.

Haddonfield inched closer to a resolution in the Bancroft land-use question Tuesday, as the borough planning board unanimously declared the property an area in need of redevelopment.

The absence of opposition to the ruling marks a subtle but significant indicator of the health of ongoing negotiations between developer J. Brian O’Neill, who has proposed building an inpatient rehabilitation center on the property, and borough commissioners.

Any comment on the designation could have thrown a wrench into the deal being brokered for the site, and so none was heard. Discussion among the board members touched on that subject briefly before their vote.

“Do we have an update on where things stand vis-à-vis the borough and the property owner?” asked board member Douglas McCollister

The planning board action allows the borough government to formalize a redevelopment resolution at Tuesday’s commissioners meeting. Haddonfield Mayor Jeffrey Kasko said that residents could expect a public announcement spelling out greater details of the entire deal then. 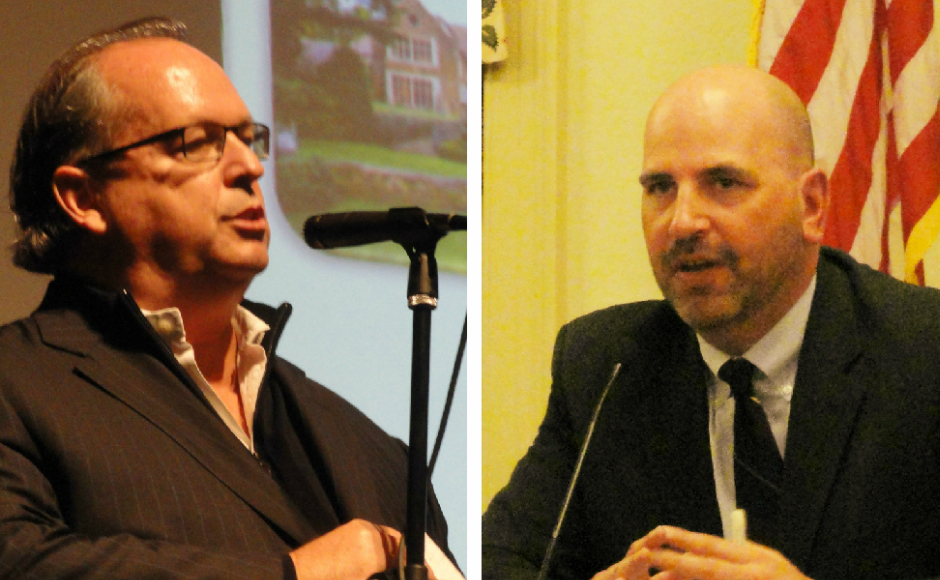 “You get to a point where you have your main points agreed to, but the lawyers have to draft it into language,” Kasko said.

“We have an understanding, we have an agreement, but the actual letter has to be done. So we’re just at that final drafting stage, going back and forth.”

Pending formal action at the January commissioners meeting, the borough could present a formal redevelopment plan before at the February planning board meeting.

The board also approved a preliminary proposal by the Haddonfield public school district to address sidewalk improvements for student pick-up and drop-off at the borough schools. Without a driveway, students load into and out of vehicles “essentially at the front of the buildings,” the district testified.

At Haddonfield Memorial High School, the sidewalk along Sylvan Lake Avenue would be renovated up to the bus parking area, as would stairs and handrails to bring them into compliance with the Americans With Disabilities Act (ADA).

At the elementary and middle schools, the district plan would eliminate the grass median between the sidewalk and the curb line, normalize uneven concrete, and create barrier-free, ADA-compliant loading zones.

The board approval of the measure will allow it to proceed to the referendum phase in March.