Trending
You are at:Home»Arts»‘Handcrafted’ at Perkins Center Focuses on Local Art, Food, Beer

The fifth anniversary of the arts and cultural center’s ‘anti-gala’ comes to Collingswood on Saturday night. 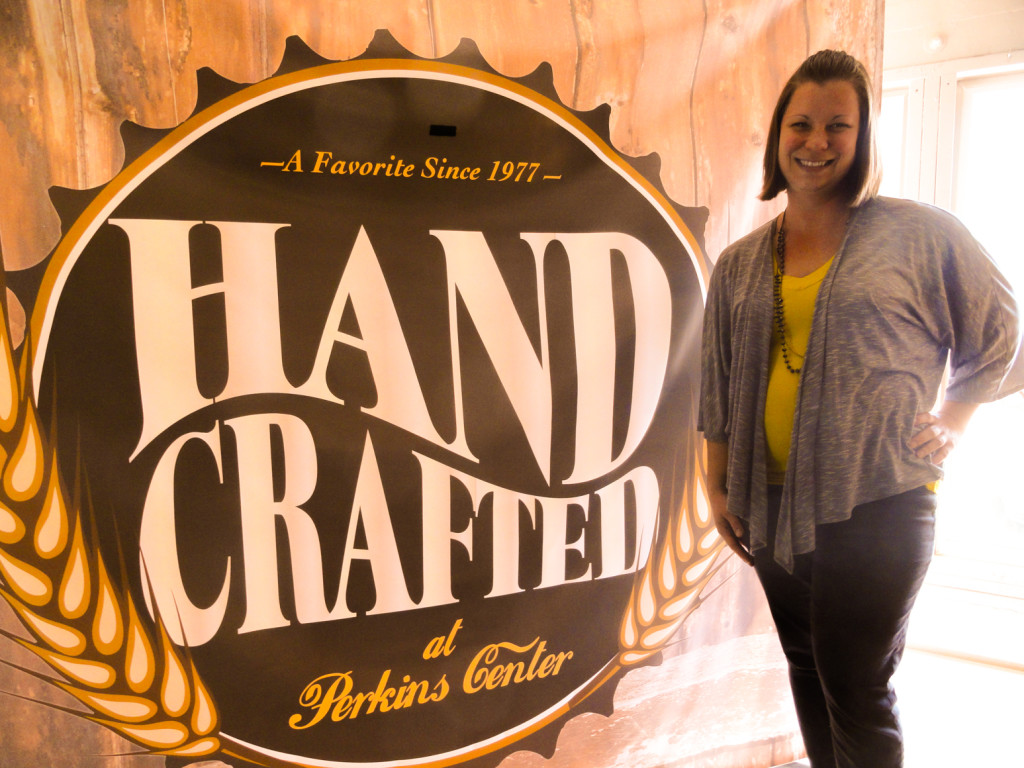 Every nonprofit organization faces the same two challenges: raising money and staying relevant in the community.

But when you’re an arts organization, how do you break away from jazzy cocktail receptions and do something that makes your audience pay attention?

Perkins Center for the Arts decided to throw a party in its Collingswood studio space, pairing local breweries with local food vendors and a silent auction.

They named it “Handcrafted,” and after five years, what began as a sort of off-beat loft party has emerged as a reliable antidote to the typical black-tie event.

“We call it our anti-gala gala,” said Diane Felcyn, Associate Director for the Collingswood-headquartered Perkins Center for the Arts.

“We were trying to figure out a way to build an annual fundraiser into our budget, but we didn’t want it to be another repeat of what the other cultural organizations are doing,” she said.

“At the time, the craft beer scene was being discovered, and it was something that made sense as people were paying attention to it. Now it’s growing into something people expect us to do.” 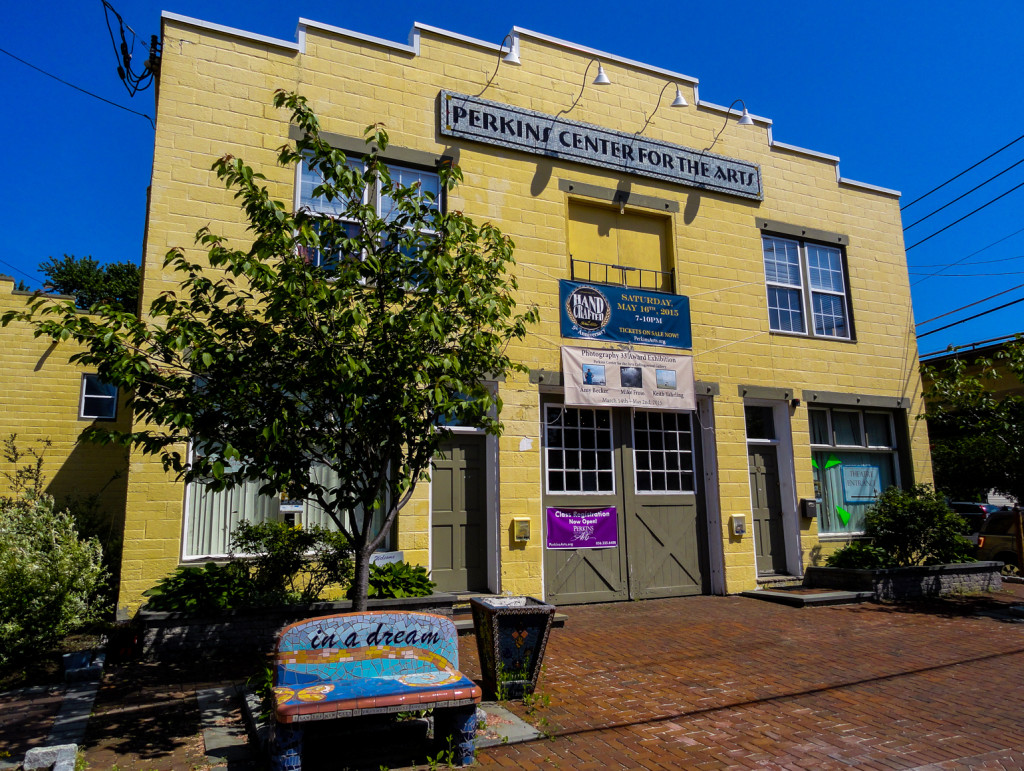 Handcrafted is a big piece of the financial puzzle for the Perkins Center, bringing in some $30,000 in revenues—the equivalent of an entire summer’s worth of students, Felcyn said.

“It fills a big gap for electricity, heat, cleaning; all those little things people don’t think about that are part of running two facilities,” she said.

Beyond employing a dozen full-time staff and another 40 to 50 fine and performing arts teachers, Perkins Center is a good neighbor in its hometowns of Collingswood and Moorestown, Felcyn said.

In addition to its popular “Empty Bowls” anti-hunger event every December, Perkins hosts eight curated exhibitions annually; offers art, music, and dance lessons; and in 2016 will be producing a series of free, outdoor concerts.

“We’re coming into town, we’re supporting town, we’re patronizing the businesses in town, and we try to make partnerships with everybody,” she said.

“Employment. Education. Free services whenever there’s a festival. Scholarships so that people with economic disadvantages can still participate.

“People don’t know all that about Perkins unless you’ve specifically benefited from one of these things,” Felcyn said. “[Hand-crafted] is one of the only times when people can really see the big picture of what Perkins is.” 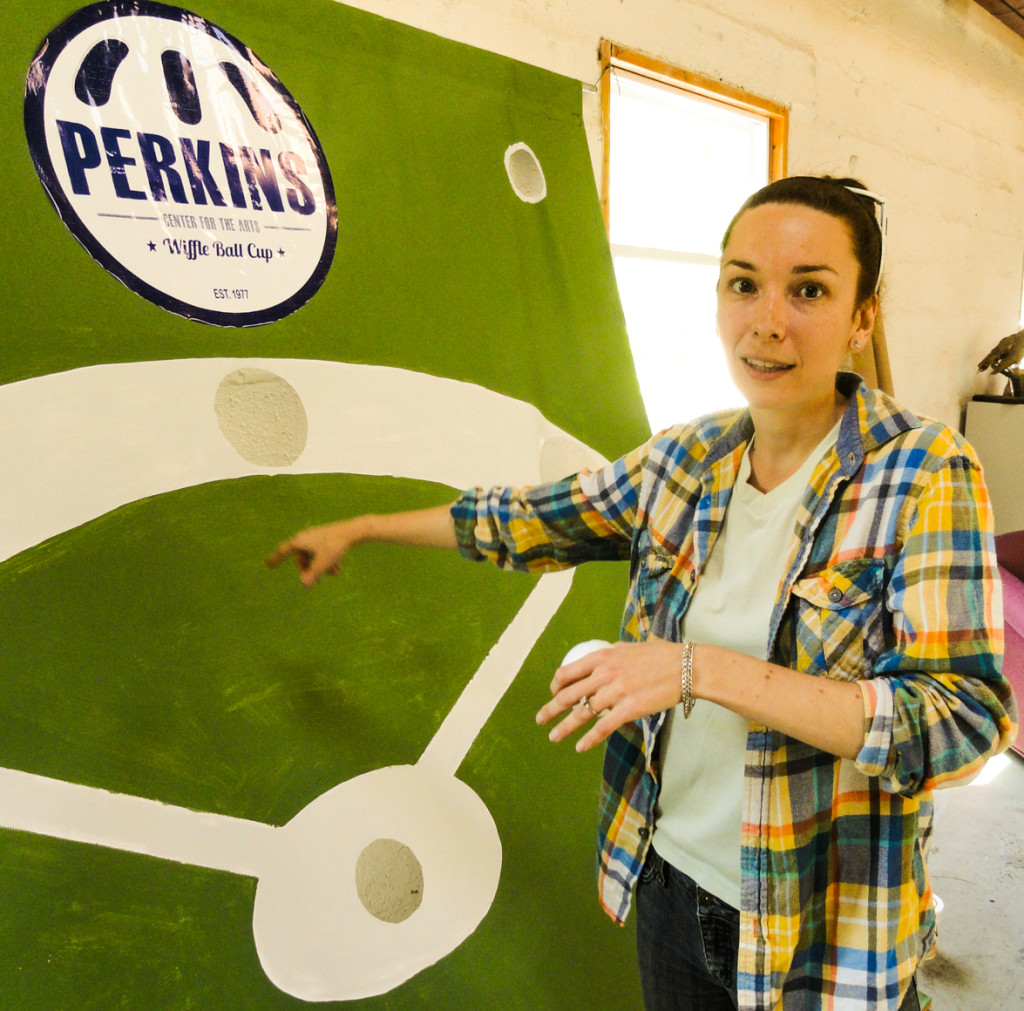 For starters, Handcrafted will feature beer and spirits from 16 breweries, distilleries, and a meadery.

Carnival games help contribute to the party atmosphere, from a “last cup” beer pong shot competition to a whiffle-ball toss and other tailgate-style games.

The silent auction features a trove of winnings, from gourmet food baskets and restaurant gift certificates to Phillies and Sixers tickets, jewelry, and a beach cruiser. 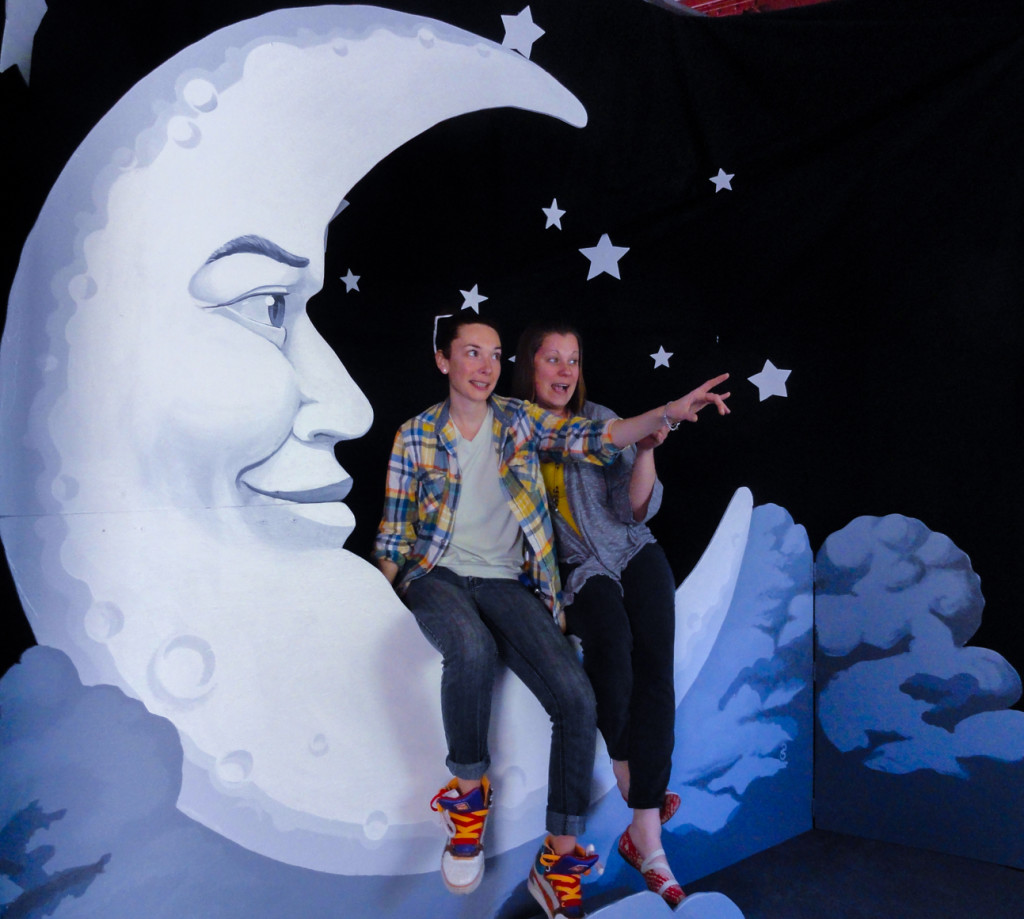 Every year, Perkins Center pottery studio manager Paul Serena re-creates the event invitation as a tapestry that hangs in the center. This year, he also built a gigantic wooden photo booth based on vintage paper moon photographs of the 1920’s.

Indie rock trio Vita and the Woolf will perform throughout the evening, and artwork from the gamut of programs offered at Perkins will be on display.

“We’re really working on bringing out what we do and showcasing it differently; showcasing all of our programs,” said Samantha Salazar, Perkins Center manager of special events.

“We want people to get a really good feel for our space and for why we do what we do, [which is] locally produced art.

“The main thing that I like about what we do here specifically is that we’re able to bring someone in that may not necessarily come here all the time for classes,” Salazar said.