Cousins Ellie and Barry Davis are serving up fresh fish, fast, and with toppings. The restaurant is one of the first standalone poke bowl eateries in South Jersey. 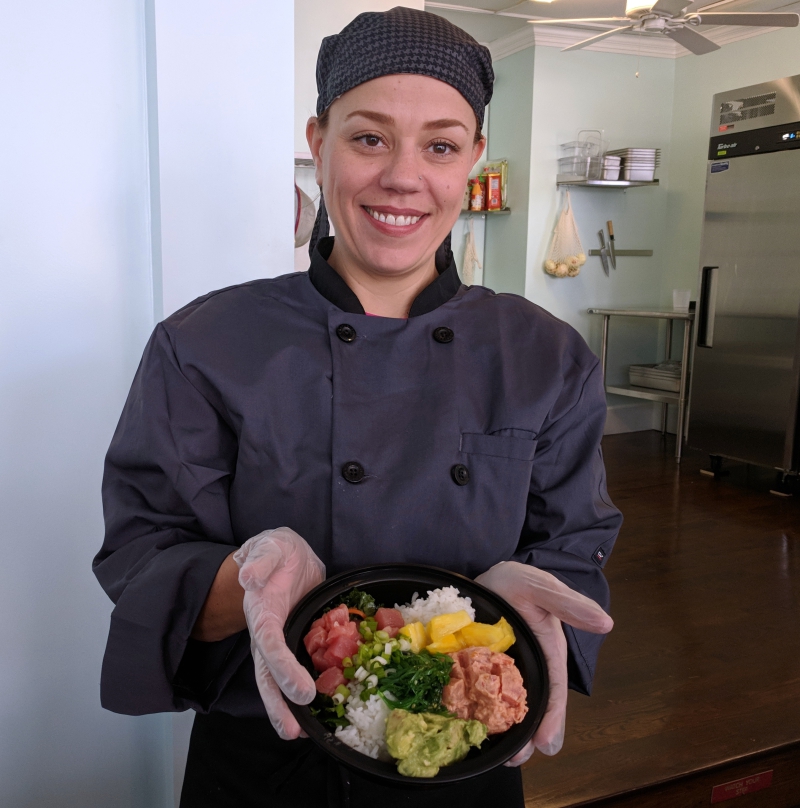 As food trends go, poke is having its moment in the sun.

In the past half-decade, Americans have discovered quite an appetite for the sushi-grade, diced (poke means “to slice” in Hawaiian) raw fish.

After finding its footing on the west coast, the dish headed east on a wave of fast-casual eateries that popped up thanks to low overhead and uncomplicated ingredients.

Now a local couple has brought poke bowls to Collingswood.

Fishtown resident Ellie Davis had her first poke on a trip to Los Angeles with her boyfriend, Vinnie Carpenito.

After wandering into an eatery near the USC campus, the couple was quickly won over.

When they returned home, the couple started looking for a location to open their own poke eatery. After Canvas Mixers left the property at 542 Haddon Avenue, Carpenito set to work renovating it as a restaurant. A year later, they’ve opened Aloha Poke Bowl. 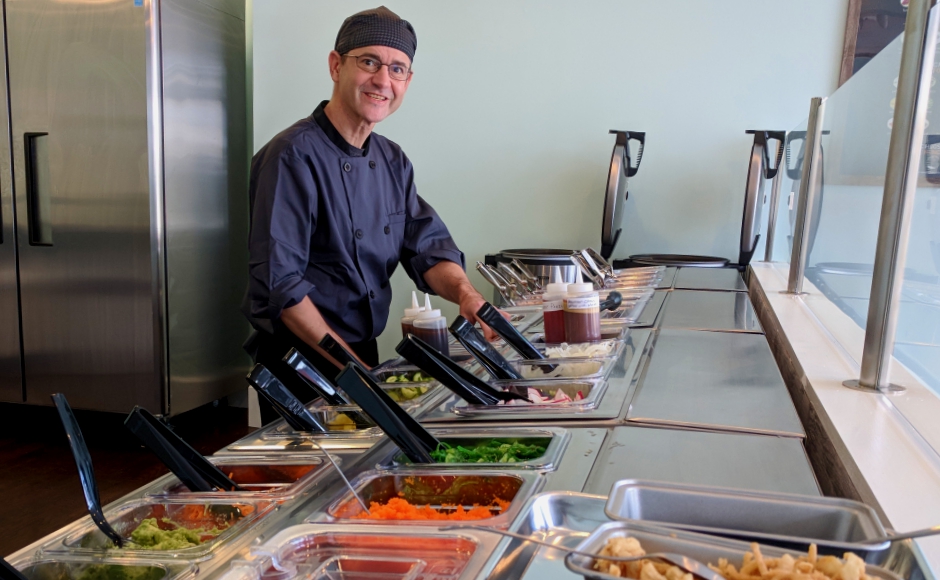 Behind the counter, Ellie Davis recruited her cousin, Barry Davis, whose resume includes chef work at Essene Market and commercial baking experience at Metropolitan Bakery, both of Philadelphia.

Barry Davis said he likes poke because it’s fresh and “easy on the gut.”

“It’s got all the great things sushi has, but you eat it in a bowl,” Ellie Davis said.

The poke bowl is a fast-fresh concept similar to that of a burrito joint.

Select a base (rice or greens), add a topping (salmon, tuna, octopus, shrimp, or tofu), and then any of several fixings, from fruit and veggies to masago and edamame. Prices range from $11 to $13 before tax.

“Our menu is very small, very simple, and everything is house-made,” Ellie Davis said. “We cook the rice here, we make our own spicy tuna and salmon; make our own kale salad, our own sauces.” 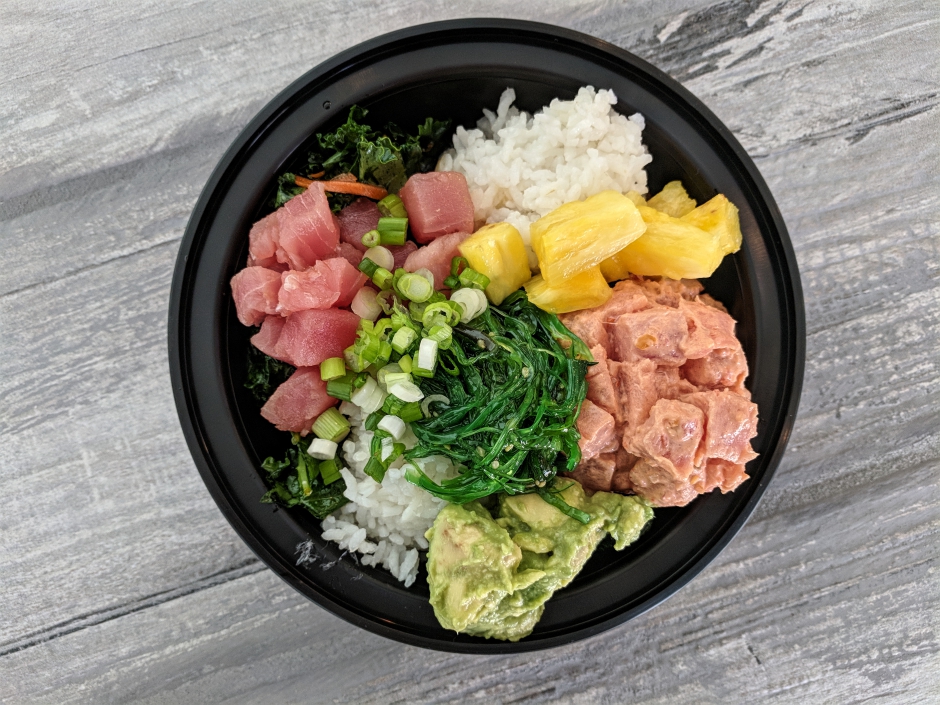 There’s seating for a couple dozen dine-in guests, but the Davises believe most of their business will be take-and-go.

“You’re going to get good, healthy food, fast, whether you want to eat it here or take it home,” Ellie Davis said.

Aloha Poke is located at 542 Haddon Avenue in Collingswood.