Local Links owner Joe Gentile believes the dry business district can benefit from the addition of a microbrewery. He heads an investment group that wants to convert the Tanner Building on Atlantic Avenue for that purpose. 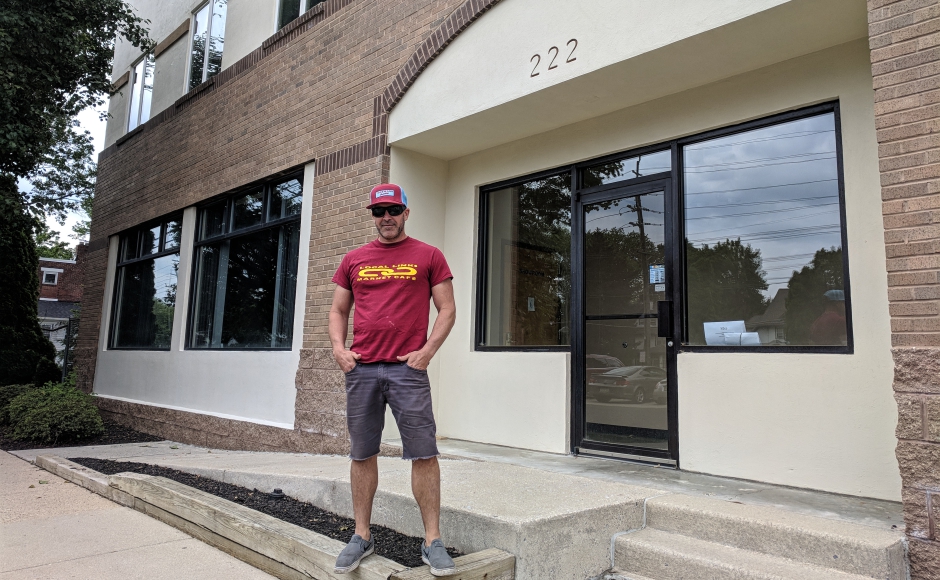 Like many dry towns in South Jersey—including its neighbors Haddonfield and Collingswood—Haddon Heights has wrestled with the question of whether to formally permit alcohol consumption within town limits in recent years.

But a statewide law permitting onsite consumption of craft beer at local microbreweries has largely rendered that historic argument moot (as has the addition of craft brewer, Lunacy, which relocated to Haddon Heights two years ago).

Now that age-old question has become less about whether the borough can smartly add such a business and more about making up ground lost to its regional neighbors in the years spent debating the point.

Haddon Heights business owner Joe Gentile believes the Station Avenue business district is thirsty for a local microbrewery, and thinks the Tanner Building at 222 West Atlantic Avenue, a former furniture manufacturing site, is the place to try it.

The project, which is still in its infancy, would encompass a five-barrel nanobrewery with eight or nine fermenters in a 1,500 square-foot area. A small tasting room would feature a handful of beers on tap, providing seating for fewer than 100 guests at a time.

A pair of brewers with pedigrees from local microbreweries Kelly Green and Vinyl is attached to the project, which is tentatively called Tanner Brewing Company. Gentile envisions the style and atmosphere of the space will draw its inspiration from local history and from the railway culture of the Haddon Heights downtown.

“Once we get approved, then we can start being creative,” he said. “I want to keep forging ahead.”

The historic board is the first stage of those approvals; the project makes its first appearance there tonight for exterior improvements. A larger hurdle to clear will be the local zoning and planning boards, which must approve the use change of the site.

Gentile is the latest to try activating a space that’s on the edge of the borough historic district; the borough planning board rejected the most recent prior attempt, a 38-unit apartment building, in 2015. 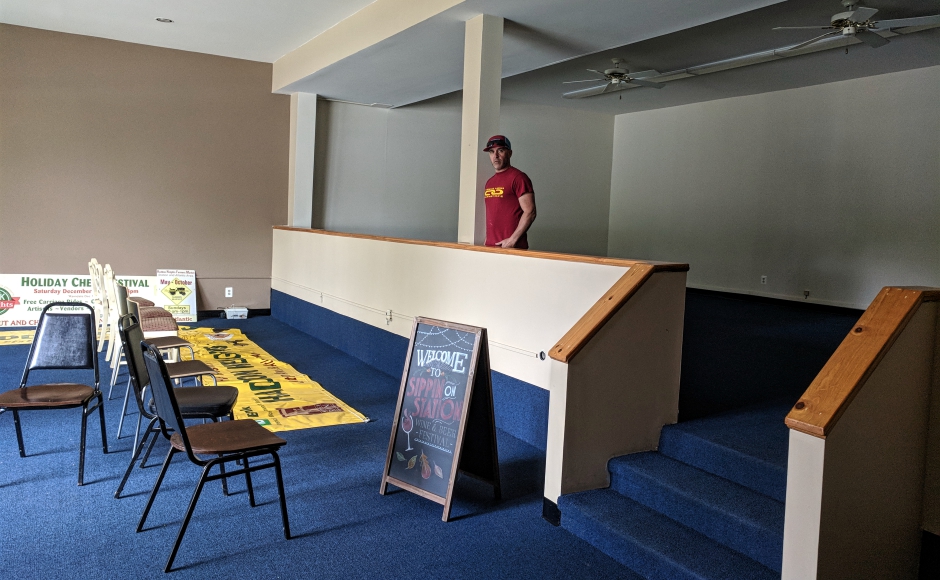 But a lot has changed in Haddon Heights since then, and Gentile believes that Heights in Progress (HIP), the business improvement group he cofounded in 2015, has proven that the borough can handle its alcohol.

Through street fairs like Rhythm & Brews, which was held for a fourth consecutive year last weekend, Sippin’ on Station, and special farmers market days, he estimates that some 60,000 to 80,000 people have attended local events where alcohol has been served—and without an incident.

“I feel like everyone was on their best behavior, and respectful of the fact that we’re doing something that is aboveboard,” Gentile said. “And think about how the vibe of the town has improved in the past four years.

“We’re a dry town, and we want to offer another amenity to the downtown that is needed,” he said.

Gentile cited the success of nearby downtown breweries like Tonewood in Oaklyn and Kings Road in Haddonfield in improving foot traffic. With Red White and Brew in Audubon targeting a summer 2019 opening, adding a brewery in Haddon Heights could connect a string of communities along Atlantic Avenue.

Factor in the planned build-out of a multi-use walking and biking path along that same stretch of tracks, and it’s not a stretch to imagine brewery tourism as a catalyst to additional, reciprocal growth in towns that haven’t enjoyed the economic benefits of the PATCO Speedline, which runs along Haddon Avenue.

“We want to bring those folks here, and we want us to go there so that businesses here continue to be successful,” he said. “You can create a whole new vibe along these tracks in the process of it all.

“It’ll bring people here, and if they’re going to have a beer here, maybe they’ll eat something here, have a burrito, have a slice of pizza, stop and have a nice dinner.”

If the pitch doesn’t pass muster with the borough, Gentile said it’ll be an indicator that will at least help clarify what the community does want to see at 222 West Atlantic.

“If you didn’t want that multifamily housing and you don’t want a brewery, now we want to know, what do you want there?” he said.

“It’s been empty for a while; I want to see something in all these buildings that are empty.”

In its favor, the location enjoys plentiful parking, onsite and on East and West Atlantic Avenue, both sides of which are connected by a pedestrian tunnel that runs underneath the railway. Its closest neighbor, The Heart House, doesn’t operate on weekends.

With late afternoon and evening hours, a brewery could help lengthen the business day on Station Avenue, supporting additional customers at local restaurants and coffee shops. And Gentile envisions any brewery in Haddon Heights as being community-focused in the same way that HIP has operated thus far.

“Local breweries give back,” he said. “We can’t wait to do that kind of stuff. I would love to be able to help out any way we can, because breweries are doing that. And they’re small; they’re still growing themselves.”