Firefighters from several area companies responded to the incident, which devastated a home on Coles Mill Road. No injuries were reported. 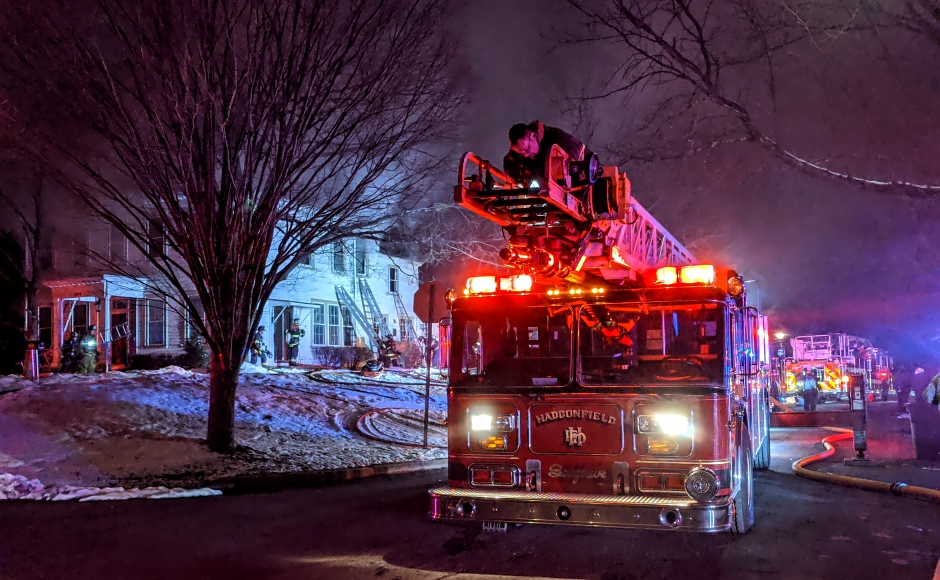 A historic Haddonfield home was badly damaged by a two-alarm fire that drew a heavy response from several area fire companies.

The occupants of the home were evacuated safely, and no injuries were reported, the chief said.

However, the fire took some time to subdue.

Responders from companies including Barrington, Bellmawr, Cherry Hill, Haddonfield, Haddon Heights, Lawnside, and Westmont were stretched along the block as crews worked to find the source of flames.

Among them was Cherry Hill Fire Chief Chris Callan, for whom the work took on a different tone. The property, which dates back to the 1830s, had been his childhood home.

“It is a little bit surreal,” Callan said. “I grew up in this house for 20 years. I became a firefighter living in this house.”

The home, which has changed hands since Callan’s family once owned it, enjoys historical significance. It is noted in the Haddonfield registry of historic landmarks as “the Campbell House,” and, more colloquially among realtors, as “the Mansion House.” The chief said he believed it had once been a stop on the Underground Railroad.

As he helped support the emergency response at the scene, Callan said his thoughts were with the current homeowners. 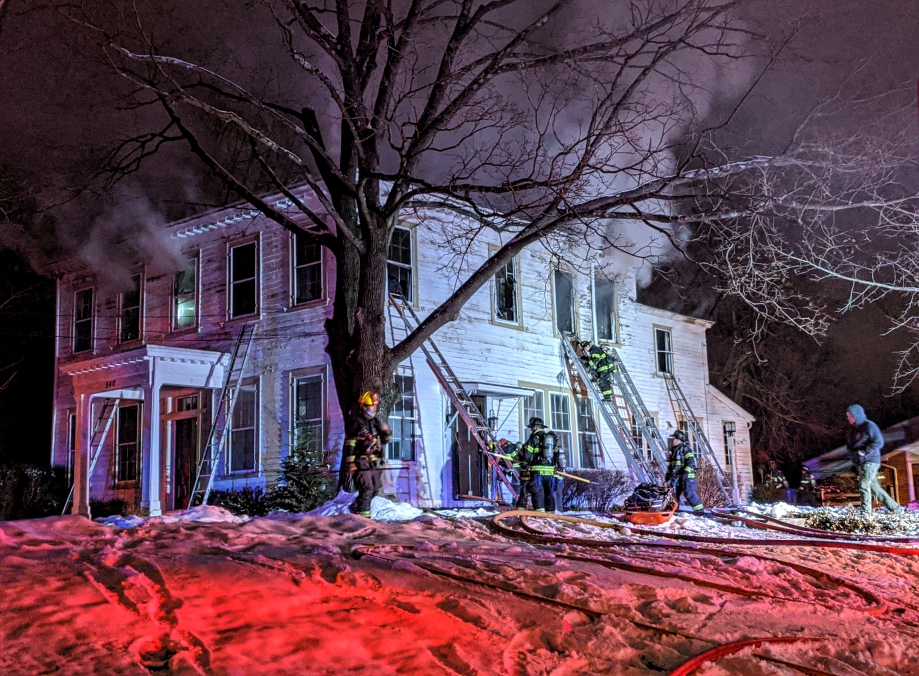 “I’ve always tried to have compassion for people who have a loss of property, but I’ve never had this emotional attachment [to a fire scene],” Callan said.

Neighbors said the new owners had been restoring the property since having purchased it, and had only moved into the block within the past few months.

The cause of the fire was not immediately known.

All such incidents are investigated by the Camden County Fire Marshal.