Thirty-six-year-old Bernard Miller was arrested in connection with a pair of burglaries and a violent home invasion in Collingswood this weekend. He faces multiple charges. 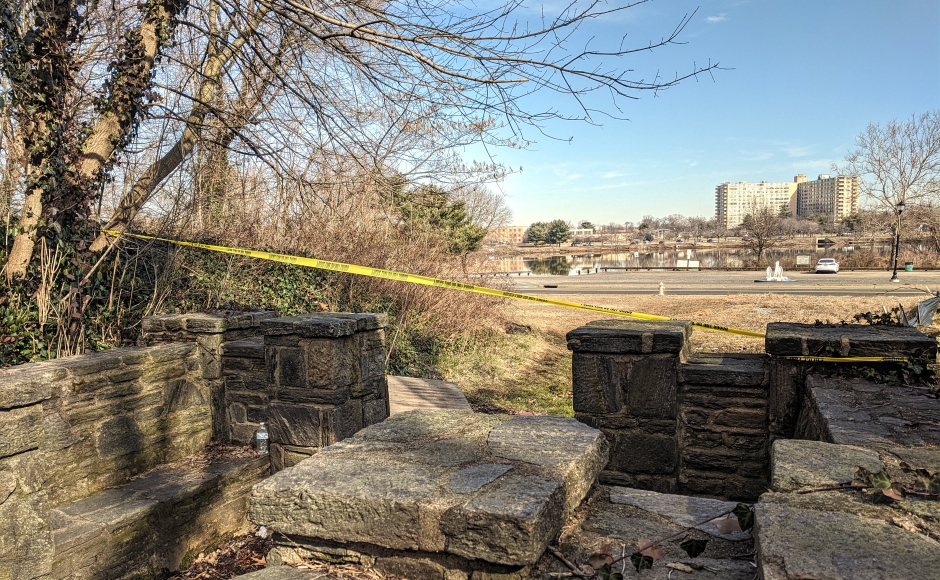 Stone staircase at the end of Crestmont Terrace in Collingswood taped off after a home invasion. Credit: Matt Skoufalos.

A 36-year-old homeless man has been charged in connection with a string of crimes in Collingswood last weekend, including a home invasion, arson, and multiple burglaries.

Investigators arrested Bernard Miller at a Camden City shelter Thursday, after surveillance footage at the facility depicted him in clothes matching those of a burglary suspect wanted in a pair of break-ins February 22.

Surveillance photos from those incidents allegedly showed a man wearing a distinctive, multicolored jacket as he burglarized homes on Virginia and Champion Avenues in Collingswood.

He was subsequently identified as the man behind the February 23 home invasion on Crestmont Terrace, in which a young couple was assaulted and robbed, and their house set ablaze.

He is being held at the Camden County Jail pending a detention hearing.

In a crowdfunding campaign organized for the victims of the Crestmont Terrace home invasion, a family member said the couple is recovering from the incident, but could not be reached for comment.