A seven-town study on abandoned properties in Camden County reveals the steps governments must take to address a nationwide problem.

In June, seven Camden County communities announced a joint partnership to address the increasing number of abandoned and foreclosed properties on their streets.

Under the Abandoned Properties Rehabilitation Act, which allows municipalities to “commence and maintain proceedings for the conservation, protection, or disposal of property,” the towns of Audubon, Collingswood, Haddonfield, Haddon Township, Oaklyn, Pennsauken, and Camden City’s Fairview section have recruited Rutgers University graduate students to gather data on the problem before taking action. 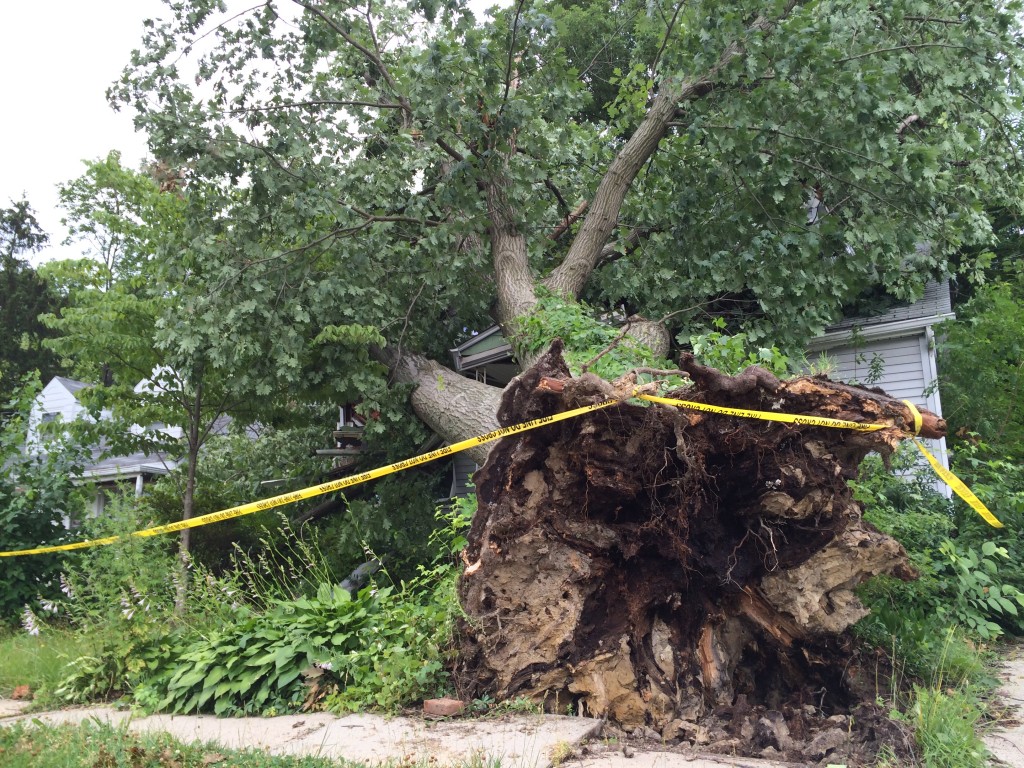 The study is expected to take the length of the summer to complete; with varying contributions from all towns, it should cost no more than $8,000.

If their findings have an impact, it would be a remarkably small price to pay to unearth the roots of a problem that has festered for the better part of a decade, robbing homeowners of thousands of dollars in diminished property values, and dedicating extra labor to the upkeep of these homes.

The national leader in foreclosures

According to a Bloomberg report, New Jersy passed Florida as the national leader in mortgage foreclosures in 2014.

There are more than 5,200 Camden County homes currently in foreclosure, according to Renwood RealtyTrac. Throughout the state, 10 percent of all homes are vacant, the service reports.

More than 8 percent of all mortgages in the state are at some stage of foreclosure, a process that can take as long as three years to complete, NJ Spotlight notes. Until a new owner can take possession of the property, the upkeep on such places can fall to the municipality to absorb.

When it isn’t cleaned up, such a house can become an eyesore that runs down the neighborhood.

In 2012, the Center for Responsible Lending estimated that as much as $2 trillion in lost property values has been absorbed by areas in which homes are heavily foreclosed, and disproportionately by communities of color.

“This is like the seeds of blight,” Maley said, “where you’ve got one property that’s in disrepair, and it’s trying to make sure it doesn’t spread any more in the community.”

Maley said abandoned properties are a problem that local governments are forced to consider because the real estate market hasn’t.

“People don’t leave idle what they can fix and sell,” he said. “[Homeowners] get mired in a lot of different situations—foreclosures, bankruptcy—there’s all kinds of reasons that these properties are getting tied up.”

Maley estimates the number of affected properties in Collingswood at nearly 80; that figure may approach 700 throughout the territory covered by the study.

When enough property owners in a given community are “underwater” with their mortgages–i.e., they owe more than their homes are worth–local leaders have been pressed to pursue some drastic measures.

In 2013, Richmond, California was poised to use eminent domain to buy up a number of properties that were worth less than the amount for which their mortgages had been written. That case hasn’t yet been tested, but in recent months, both Irvington and Newark, NJ have considered a similar tack in order to keep properties occupied.

“The answer isn’t that any one group takes the hit,” Maley said.

“We’re hoping to get some exchange from the development community, banks, real estate community” to see “if we can’t work out some kind of a package arrangement to move these properties into a productive state,” he said.

Collingswood already operates a Property Maintenance Task Force intended to address homes and buildings that have fallen into disrepair, he said; however, those efforts weren’t resolving the underlying issues.

“That just puts a fresh coat of paint on the front or cuts the grass,” Maley said. “We’re looking to end the problem. We don’t want to be cutting the grass and liening the property. We want somebody in there.”

Maley hopes that the information gathered by the researchers will help local officials develop a clearer picture of property owners’ needs.

“[Are we] dealing with properties that are all in a foreclosure process and the banks don’t own any of them?” he said. “[Do] the banks own all 80 and they haven’t gotten to do anything with them? Are they waiting for the market to go up?

“If we know why this is happening, that’s going to help us try to fashion a remedy for it.”

Haddonfield Mayor Jeffrey Kasko estimates there are 12 to 15 properties in his community that could be covered by the agreement.

He said “the decision was easy” to participate in the joint project.

“We’re a small town, so sometimes it’s better to band together with other towns with like problems and similar issues,” Kasko said.

“It’s also a cost savings when we can collaborate together for these shared services.”

Kasko hopes that the results of the study will allow the municipalities to get a better handle on the problem, including reaching out to the banks that may hold some of these properties.

“I can’t imagine why they would want to sit on a house,” he said. “It’s just infuriating when they can fix up and sell it. It’s still got to be in the bank’s interest to get the property off their hands.”

Haddon Township Mayor Randy Teague said that in addition to lowering values of the other homes in the neighborhood, abandoned and neglected properties require the township to assign its workers to their upkeep.

“We lien the property, but it’s time-consuming,” Teague said. “We have to notify the owner, the bank, cut the grass, and that takes Public Works’ time away from other projects in town.”

Teague called the housing issue “a systemic problem” that comes from living in a smaller community in which “banks may not be taking us as seriously.”

“We would like to see that the banks are more proactive in ensuring that the properties are maintained.”