HMHS Principal Tammy McHale says some 150 graduates were engaged in ‘excessive drinking, smoking, and vandalism,’ with some ‘still on the turf after sunrise, clearly intoxicated.’ 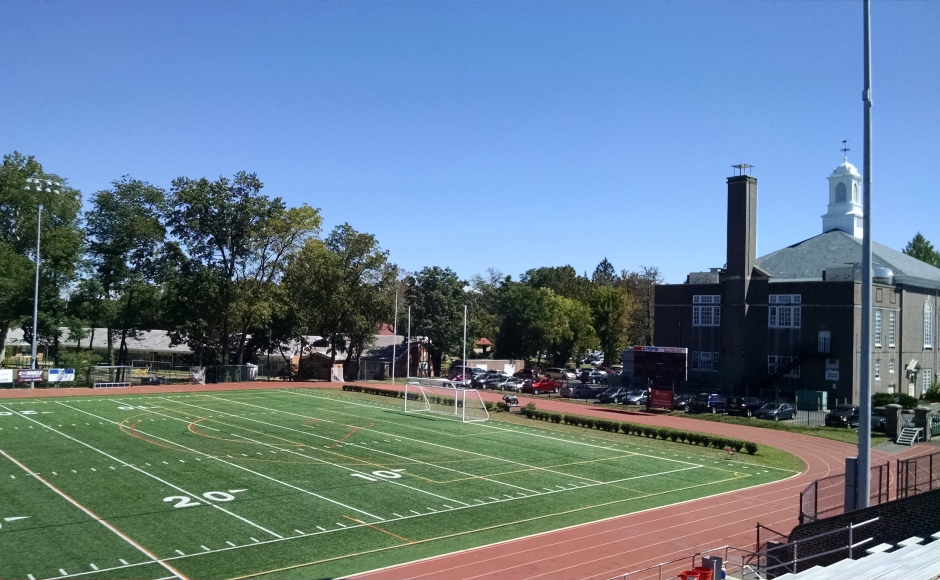 Just hours after tossing their caps and receiving their diplomas, the Haddonfield Memorial High School (HMHS) Class of 2022 apparently returned to the site of their commencement ceremony, and trashed it in a massive, drunken spectacle.

HMHS Principal Tammy McHale described the incident in an e-mail to parents seeking information on those involved in the party, which reportedly began at the high school stadium around 11:15 p.m. June 21.

McHale’s memo to parents asserts that about 150 people were in attendance, “engaged in excessive drinking, smoking, and vandalism.”

“Most graduates left around 2:00 a.m., but some were still on the turf after sunrise, clearly intoxicated,” the principal wrote.

“The field was littered with hundreds of cans, broken bottles, and bodily fluids,” she noted. “To make matters worse, the bathrooms were vandalized and will require significant repairs.”

McHale said the extent of the damage almost forced the district to relocate its eighth-grade promotion ceremony, as “our maintenance and custodial staff were left to divert their full attention from the last day’s work and activities to cleaning the aftermath of trash, broken bottles, urine, and vomit.”

According to the letter, more than 70 graduates have been identified by surveillance footage, and the principal promises to “hold anyone involved with the destruction accountable.”

“The disregard for our school and community has left us sad and disappointed,” she wrote. “We as a community expect more from our graduates, and I hope they continue to grow and learn from their mistakes.”

The district has turned the matter over to the Haddonfield Police Department, which is investigating. On July 1, Haddonfield Police Chief Jason Cutler issued a press release stating that the investigation will be “lengthy,” due to its scope, but that the department is committed to “charging the responsible parties.”

Cutler’s statement also clarified that the offenders, who caused about $2,500 in damages to a female restroom at the stadium, had arrived at the stadium from a sponsored graduation party at Tavistock Country Club. 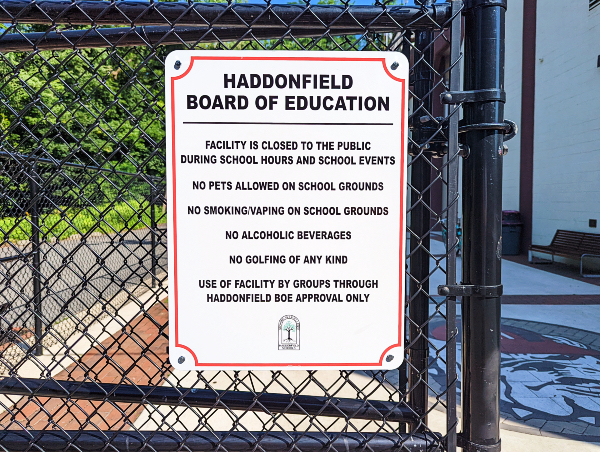 The HMHS stadium was recently upgraded to the tune of some $1.5 million after a 2016 bond referendum.

Signage at the stadium entrance describes a list of prohibited behaviors, including drinking alcoholic beverages, smoking, and vaping.

It also notes that use of the facility is authorized through approval of the Haddonfield Board of Education (BOE) only.

According to Haddonfield BOE president Jaime Grooket, as the graduates are no longer under the oversight of the district, the school doesn’t have the authority to discipline them.

“There’s no recourse for the school because they have graduated and received their diplomas,” Grooket said.

“Although it’s our property, it’s not our students. That’s really all that we can say at this point.”

Her sentiments were echoed by Haddonfield Superintendent of Schools Chuck Klaus, who declined comment except to say that the matter had been turned over to police.

“There’s so much to learn from this, but regardless of what comes out of the investigation, I think it’s clear that there was underage drinking, it’s clear that it happened on school property, and that should never have occurred,” Bianco Bezich said.

“There’s a large group of young adults that thought it was okay to behave that way, whether they had parental permission or not,” the mayor said. “I hope to send the message that we should have zero tolerance for condoning that behavior from adults.

“We need to do a better job of supporting our kids and teaching them to respect themselves and grow and learn from this,” she said.

Anyone with information on the vandalism and property damage that occurred to the athletic facilities is asked to contact the district or borough police.