Firefighters from multiple companies worked for an hour to tamp down a fire that scorched a single-family home on East Linden Avenue as crowds of neighbors watched on. 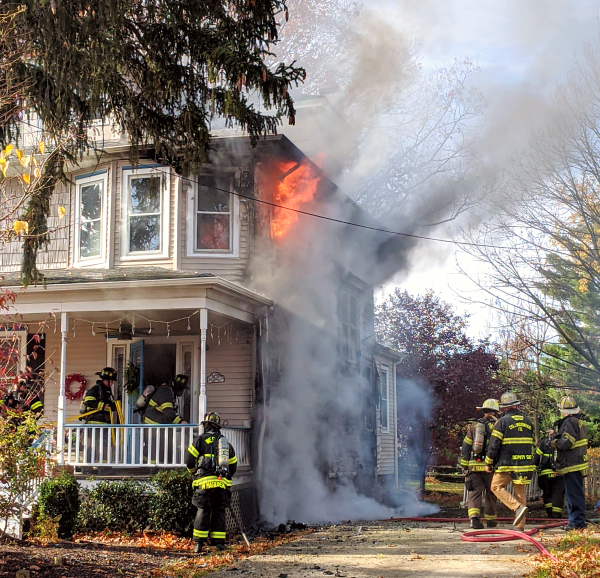 An early afternoon fire displaced a Collingswood family from their home on Thanksgiving, as fire companies from eight neighboring towns rallied to knock down the flames.

Plumes of black smoke ascended into the sky above the three-story, single-family home just after 12:00 p.m.

Neighbors crowded the 100 block of East Linden Avenue as firefighters set to work.

It took them around 45 minutes to bring the fire under control fully, stretching hand lines throughout the home to attack flames that shot up the side of the building, from the roof to the driveway.

Fire crews smashed out windows and tore out walls with pike poles and chainsaws to expose framing that could otherwise smolder in uninsulated voids of the balloon-frame construction home. 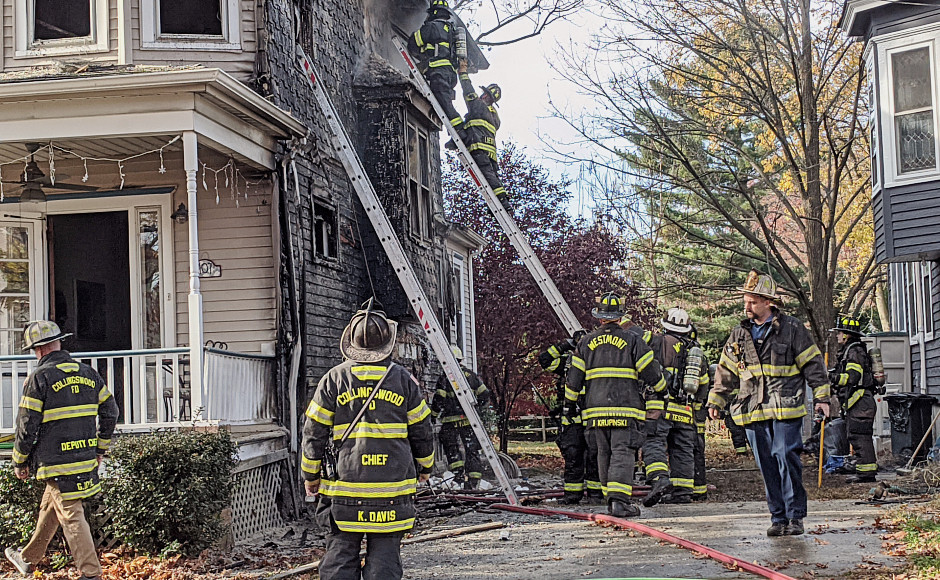 Firefighters at the scene of a Thanksgiving fire in Collingswood. Credit: Matt Skoufalos.

Collingswood Fire Chief Keith Davis said no injuries were reported, and the occupants of the home all escaped unharmed.

The cause of the fire remains under investigation, Davis said.

The chief urged all residents to make sure their homes are equipped with working smoke detectors.