Trending
You are at:Home»People»Human Factors and Social Engineering: the Untimely Demise of hitchBOT in Philadelphia

What does the destruction of a hitchhiking robot say about Philadelphians, virtual interaction, and social experiments? We asked South Jersey science experts to weigh in.

Part art project, part social experiment, the child-sized robot that had traveled through Canada, Germany, and the Netherlands with the help of curious strangers, a GPS, and onboard speech software, arrived in Philadelphia three days ago.

Having worked its way through the major metropolises of New York and Boston with a sightseeing checklist for touring the United States, hitchBOT was introduced to many in the Philadelphia area after it had been dumped, broken and headless, in the gutter near Elfreth’s Alley.

HitchBOT Project Manager Brigitte Dreger told NJ Pen that its designers, researchers at three Canadian universities, were “always aware something like this was possible.”

“As we were releasing hitchBOT into the wild, we knew there was always the possibility that it would be damaged or stolen,” Dreger said in an e-mail. They chalked it up “simply [to]hitchBOT being in the wrong place at the wrong time.”

Dreger said hitchBOT was designed to answer the fundamental—yet somewhat vague—question: “Can robots can trust humans?” But in press briefings, project founders Frauke Zeller and David Harris Smith describe hitchBOT as an “artwork.”

In the Harvard Business Review, Zeller and Smith’s paper, “What a Hitchhiking Robot Can Teach Us About Automated Coworkers” speaks of hitchBOT’s journeys not as scientifically controlled experiments but informal and open-ended “initiative[s].”

The conclusion the pair draws is that, when given the freedom to choose to interact with a robot, “people not only embrace it, but creatively integrate it into their lives.”

By crafting hitchBOT with anthropomorphic features, such as an LED face, pool noodle arms, and Wellington boots, its physical appearance “was designed to instill trust, and to make people want to engage and connect [with it].

“Most importantly, the robot was approximately the size of a 6-year old child, appealing to human behaviors associated with empathy and care,” Zeller and Smith wrote.

The fact that researchers created something intentionally child-sized and childlike—hitchBOT’s base is a child safety seat, for ease of buckling it into a car—adds a somewhat darker dimension to the final image of its decapitated, de-limbed torso, as reported by CBC journalist Lauren O’Neil.

Dreger did not ruminate on any implied significance of those circumstances, however; instead, simply noting that since its destruction, hitchBOT has received “overwhelmingly supportive and kind” messages from fans worldwide.

“That, for us, has reinforced the goodwill and kindness of our audience, and the true desire to see hitchBOT succeed,” she said. “People were trusting of hitchBOT and helped it reach its hitchhiking goals, and we’ve learned a lot about how we approach robots in non-restricted, non-observed ways – which, overwhelmingly, has been positive.” 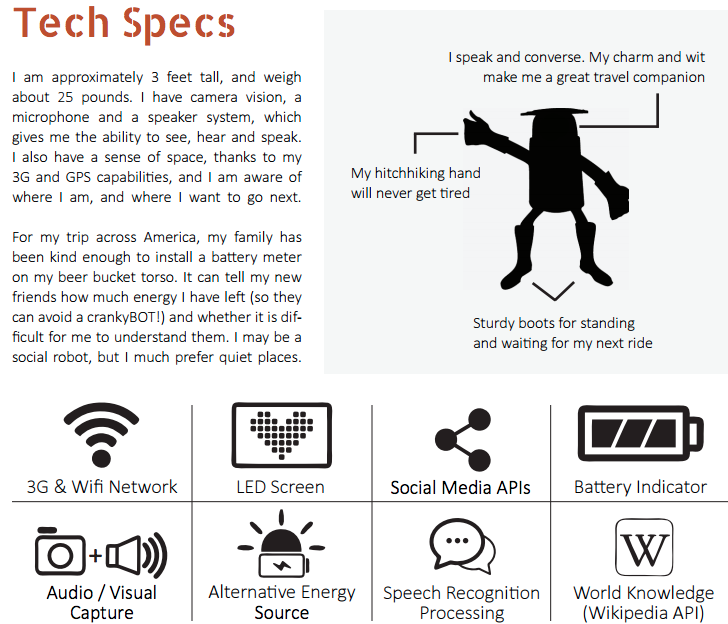 Even as a low-budget, high-concept, interactive art project, however, hitchBOT “is a great achievement by any standard,” said Lavon Phillips, who directs the SoHa Arts Building in Haddon Township.

Phillips, who has led robotics classes for children at SoHa and heads the Rotor-E drone club there, said that the case of hitchBOT will be “a very easy entry point for discussion” among robotics enthusiasts the world over.

But in a changing world where such technology is more recently meeting with gunfire and paranoia, Phillips said he’s not surprised at the treatment hitchBOT received.

“Whether we admit it or not, we all have the same core and wiring to start with,” Phillips said. “History proves that humans will destroy what they don’t understand or perceive as a threat,” he said.

Dreger confirmed that hitchBOT was never identified as a security risk or a suspicious package in any of the places through which it traveled, however. Phillips concludes that “people are getting very comfortable” with what he called “the robot generation.

“Technology will reach us all; some at a quicker pace than others,” he said. “I am sure there are plenty of people viewing media reports, saying ‘Huh. That’s what that thing we saw yesterday sitting on the curb was.’” 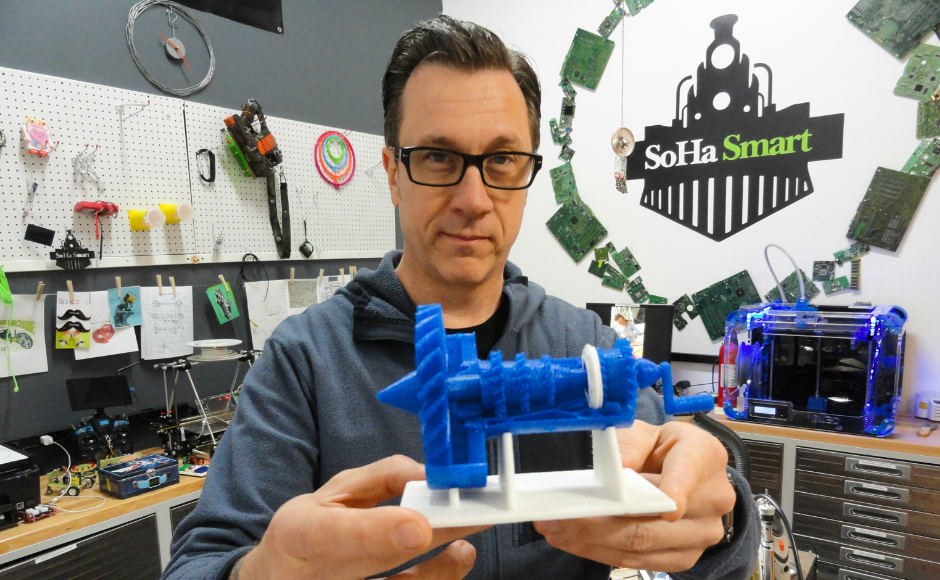 However, Phillips added, “it’s a shame that [hitchBOT] made it thousands of miles outside of the United States and only 325 miles inside.”

Phillips also believes that it’s only a matter of time before the full story of the assault on hitchBOT is written, “and it should teach us something to know the facts.”

Of course, some of the first conclusions of science and technology readers following the story was how neatly the destruction of hitchBOT fits the familiar narrative of Philadelphia as a city of hooliganism.

It took very little to echo a refrain that oblivion would naturally befall a robot in The City That Booed Santa Claus And Threw Batteries At J.D. Drew, superlatives earned by the unruly behavior of Philadelphia sports fans.

But Philadelphians have been shouldering the blame for such activities—and worse—for years, said Brian Startare of SportsTalkPhilly.com, and the allegations are no truer for their popularity.

“It’s kind of unfair to blame an entire city,” Startare said. “It happened here, and that’s a definite blight on our city, but just as all those stories before, it says more about troubled individuals than an entire city or fan base.

“People like to take shots and pile on stereotypes,” he said. “Most of the time, it’s lazy journalism.” 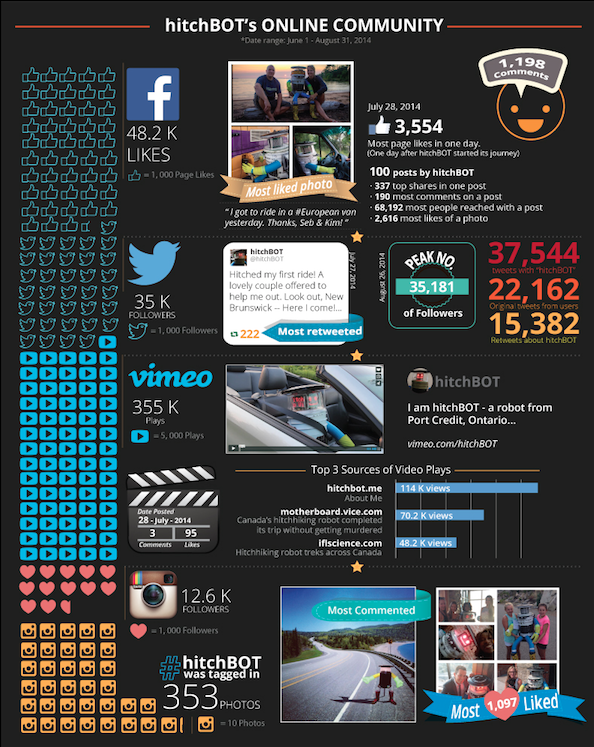 As the story unfolded Monday, video emerged from Philadelphia-area online personalities Ed Bassmaster and Jesse Wellens, the last two people to have been photographed with hitchBOT before its destruction.

Wellens runs a pair of multi-million-viewer YouTube prank video channels; Bassmaster has a reputation for trolling reporters in character.

Both appeared with reporters from 6ABC News, and video Wellens released to the media on Monday seems to depict a man in a Randall Cunningham jersey—a trademark of one of Bassmaster’s characters—destroying hitchBOT.

There’s something neatly circular about the ultimate fate of a robot designed as a social experiment in android-human interaction meeting its end at the hands of confrontational humorists.

Collingswood Odyssey of the Mind coordinator Kenneth Allendoerfer, a research psychologist who studies human factors in engineering for the Federal Aviation Administration, is intrigued by the possibility of hitchBOT’s destruction being the result of performance art meeting social science.

“Let’s pretend that this is a prank,” Allendoerfer said. “If the researchers are savvy to the ways of the Internet, they understand sort of the layers of artifice that get put on. There are many people who are playing characters, who are doing things mainly as jokes, or ironically, or cynically, because they know they’ll get hits.

“If you’re sending this [robot]out into the world—‘Come participate in our great experiment!’—it’s a little naïve,” he said. “The [researchers]are sort of playing it straight. It’s the rest of the Internet that’s so bent out of shape about it.” 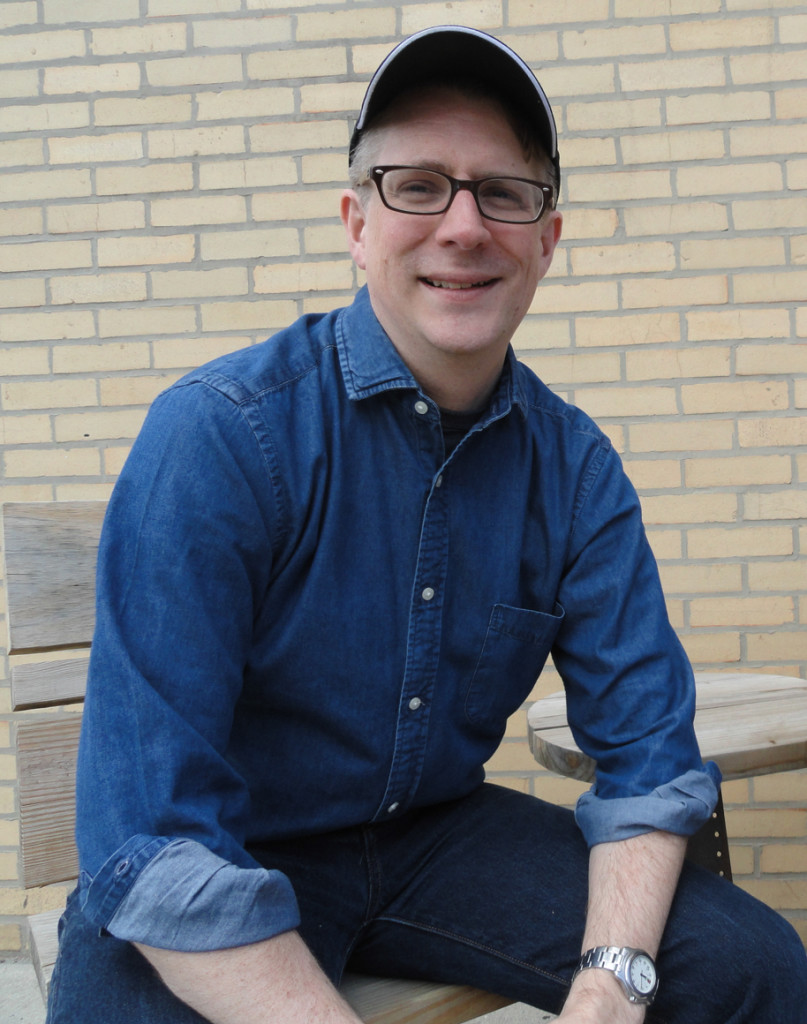 To Allendoerfer, the entire story is reminiscent of “people who kidnap a garden gnome and photograph it in various locations.”

If the hitchBOT team was out to fabricate such a scenario, then “they did get what they paid for, which is an experience,” he said.

Those results are also somewhat dependent on the motivations of the people who destroyed hitchBOT, whether it was Wellens or Bassmaster or someone else, he said.

“If it really is this cynical, I-bet-I-can-get-a-lot-of-pageviews-if-I-do-something-bad-to-this [stunt], that’s pretty lame,” Allendoerfer said.

“If it is this Sacha Baron Cohen sort of media pranking, [hitchBOT programmers] got this ridiculously outsized reaction to something that nobody was really talking about before,” he said.

Allendoerfer also pointed out the possibility that it was the destruction of hitchBOT in Philadelphia—and the resultant feeding of anti-Philadelphia stereotypes that the news engendered—that elevated the profile of its journey.

“Who cared about hitchBOT before he was killed?” Allendoerfer said. “He’s more famous in death certainly than he ever was in life. I am a person who would know about hitchBOT, and I had never heard of hitchBOT until hitchBOT was dead.”

The fact that hitchBOT was destroyed not in some anonymous suburb, but in Philadelphia, “sort of confirms [the story]that people in Philly do bad stuff,” Allendoerfer said, “and I don’t agree with that.

“I think in a couple of these stories, they’ve mentioned the Santa Claus and the Eagles,” Allendoerfer said. “Something that happened 30 years ago in a sports game? What does that have to do with anything?”

“Drones are all matte-black finish, angles, and blades,” he said. “It’s clearly a machine, and if it looks like anything alive, it looks like a bug or a scorpion. With HitchBOT, they’re thinking we want him to seem like, ‘Help me out; I need your help, human.’ 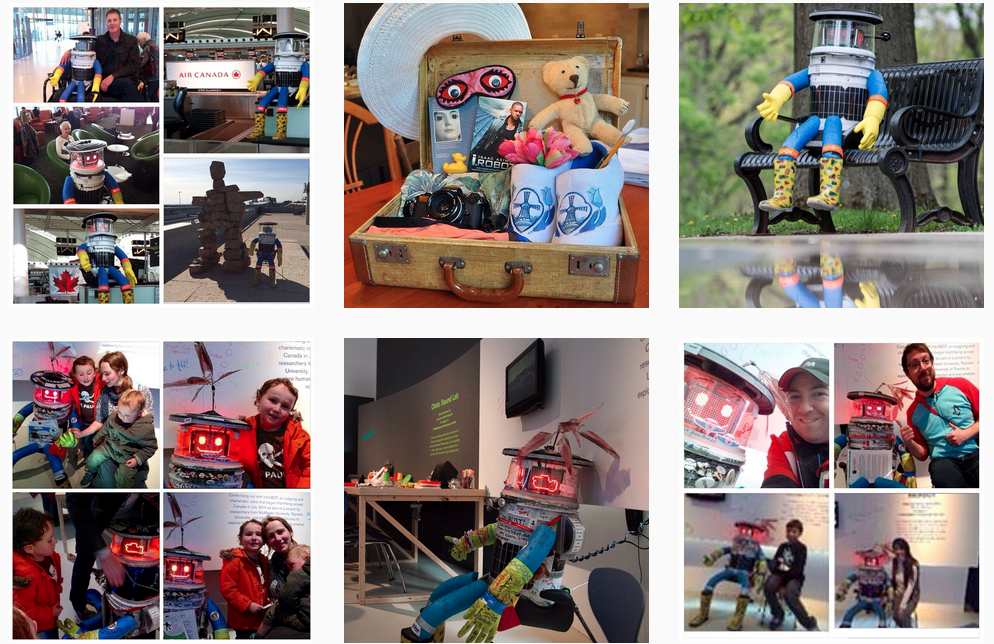 “That succeeds at the first level,” Allendoerfer said. “What they don’t consider is that cute, humanoid robots inspire this creep-out factor as well.

“Of the population of people who might encounter this little, cute robot, some number of them are going to have the opposite reaction,” he said.

Although Allendoerfer unequivocally condemned the destruction of hitchBOT, whether as art or social engineering, he pointed out that the robot is “just wires and silicon and some pool noodles.

Still, he acknowledged, the results should leave researchers with quite a bit to consider.

“It’s not just that [someone] vandalized it,” Allendoerfer said. “They could have just taken its head off and walked away with the head. They treated it like a person that they wanted dead.”

That reaction, Allendoerfer believes, could be enough to put the kibosh on the hitchBOT brand for a while, at least in its current iteration. Once that threshold has been breached, he said, it would be just as easy for human interactions with hitchBOT in other cities to devolve into Mr. Bill-like slapstick tragi-comedy.

“He’s broken goods,” Allendoerfer said. “As hitchBOT, he can never travel safely from now on.”

For Part II of our hitchBOT coverage, click here.