One consultant forecasts that New Jersey’s food truck business could be halved by 2021, as vendors try to formulate exit strategies in a buyer’s market. 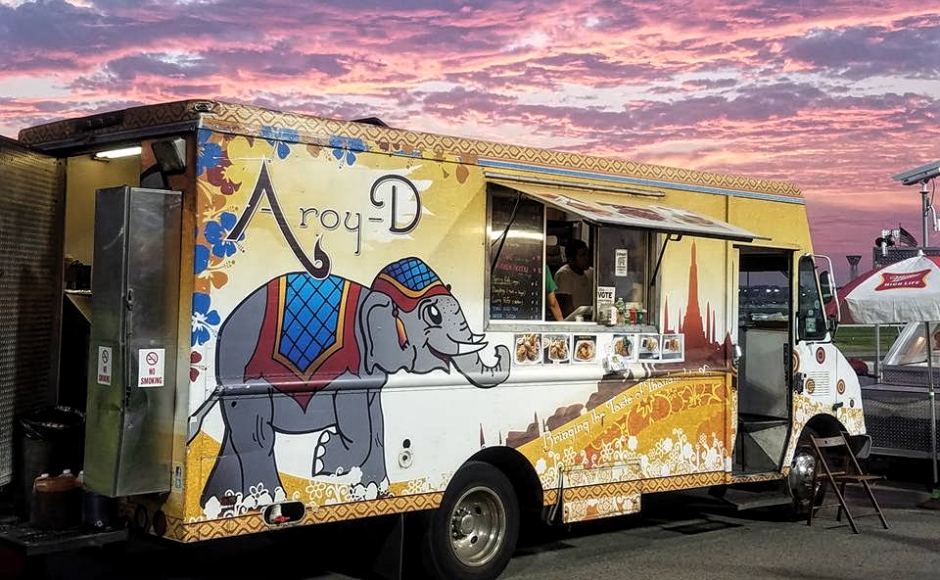 Jon Hepner of Verona can remember “the golden days” of the food truck business in New Jersey.

They weren’t all that long ago—five, maybe six years—but in the months since the novel coronavirus (COVID-19) pandemic erupted in America, time has become increasingly relative.

Synchronous with the popularity of Jon Favreau’s indie film Chef (2014) or The Great Food Truck Race (2010), the mobile craft vending craze wound its way to New Jersey less than a decade ago, and there was a strong appetite for it.

Hepner, founder and president of the New Jersey Food Truck Association (NJFTA), recalled those heady early days of limited competition, novelty fascination, and sweat-equity profits. Things were so good that he and his wife, Pupay, parlayed the success of their mobile businesses into brick-and-mortar restaurants.

“You were slammed all day, and when you came home, the pile of $20 bills was six inches high, and it was spectacular,” Jon Hepner said.

“Those days are long gone.” 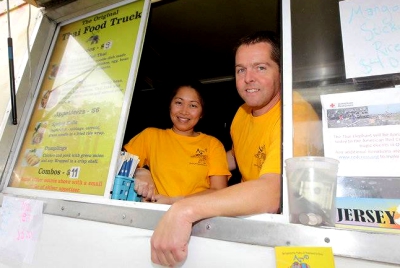 Even before the pandemic hit, sales from the Hepners’ Thai Elephant and Ice Cream Thai’M food trucks had fallen by half from their 2014 peak.

Nonetheless, the couple is better positioned to weather the impact of the pandemic than many of their peers, thanks to the storefront locations.

Takeout and delivery has helped offset the “brutal” losses of their mobile business during the pandemic, Jon Hepner said, but other food truck operators haven’t been so lucky.

NJFTA has stopped collecting dues so as to not compound their grief, but its 100-member ranks are already thinning.

Part-timers are losing out on weekend business in 2020, “but most of them have day jobs,” Jon Hepner said. Full-time truckers with no storefronts to fall back on are feeling the pain.

“If I only had my food truck and this hit me, I think I’d be done,” he said. “People for whom this is their full-time gig are going to lose their trucks.” 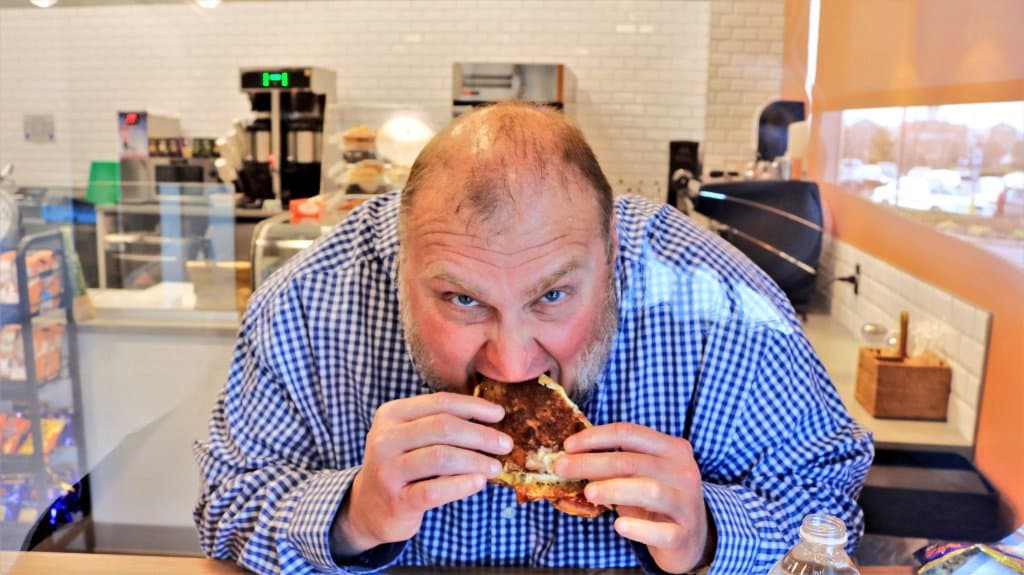 For anyone looking to get into the food truck business, it’s a buyer’s market right now, said consultant John Cohl.

Cohl’s been approached by several vendors who “want to keep it a little bit quiet, but they want out.

“They’re all saying the same thing: they didn’t get small business loans, they didn’t get a break on rent,” he said. “[PPP]  applications are pending, and people have run through most of their [savings].

“I feel awful,” Cohl said. “People are saying to me, what would I do? You’ve got to take a hard look at it, especially if you have kids at home, a spouse, a parent you’re taking care of.”

Cohl forecasts that as many as half the food trucks that operate in New Jersey won’t be back by 2021. Their major revenue streams—seasonal public events and festivals, office crowds, and college campuses—all have evaporated among pandemic closures. The cooking competitions that launch many new vendors aren’t being held. Craft breweries, another popular venue, have shuttered their tasting rooms and converted their parking lots into outdoor spaces for patrons.

These all have occurred amid an entertainment shutdown, from live concerts to movies to professional sports, which Cohl said has negatively affected the dining industry in general.

“All the possibilities for bars and restaurants and food trucks to make money, the lights have gone out, one by one by one,” he said. 2017 poster for Oaklyn Final Fridays food truck event, which was cancelled for 2020 due to the pandemic. Credit: Falco Media Services.

Cohl estimates that the food truck industry in New Jersey probably represents about 100 full-time vendors and a lot of part-timers who work throughout the state for more than half the year.

Handicapping the overall market is equally difficult, but he offered an around-about figure of $10 million “on a good summer” among all its participants.

“It’s a million-dollar industry in this state, and the opportunity to make that money will disappear pretty quickly,” he said.

“There’s serious money in there, which lures too many people to the table,” Cohl said.

Large or small, every vendor has the same problem any chef-driven, independent restaurant faces: high overhead costs, a small and scattered clientele, and stiff competition from better-funded, big, corporate entities.

“Every major state highway has multiple strip-mall locations with chain restaurants,” Cohl said; “every town has five pizza places, a Chinese place, and a Mexican joint; Taco Bell is every three traffic lights away.

“New Jersey went from being the place to try this to being a place to not try this,” he said.

“The density is great; the geography is not. There’s trucks on top of each other, and that makes it really hard.” 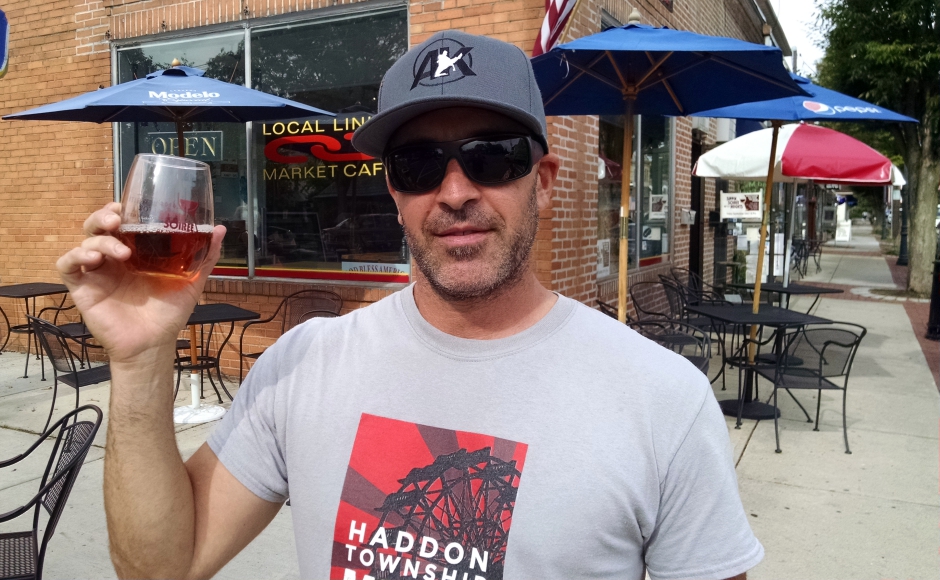 ‘There is no model’

Joe Gentile, whose Local Links Market Café in Haddon Heights was established after years spent operating a fleet of hot dog carts and the borough farmers market, said the atmosphere for street vendors has changed dramatically in the past decade.

In a business climate that prioritizes social distancing as a matter of public health, even those events that press on as scheduled are paring back their vendors.

Heights in Progress (HIP), Gentile’s community group, already cancelled its April 2020 Rhythm and Brews street festival. But as HIP considers a revival of its annual fall event, Sippin’ on Station, it likely will scale things back.

“We usually bring 10 [food trucks],” Gentile said. “For an event like we’re going to do, I would bring three or four. You’re going to have a taco truck, a pizza truck, maybe a couple of dessert trucks.

Gentile said he’s also heard from vendors who want to fold their operations and are struggling to find buyers. Many didn’t have the help they needed to apply for federal Small Business Administration (SBA) loans, and most don’t have a recognizable enough brand to command a price that would help them recoup their investment in the business by selling.

“Businesses go down, and there is no model, so you can’t sell it as a turnkey now,” Gentile said. 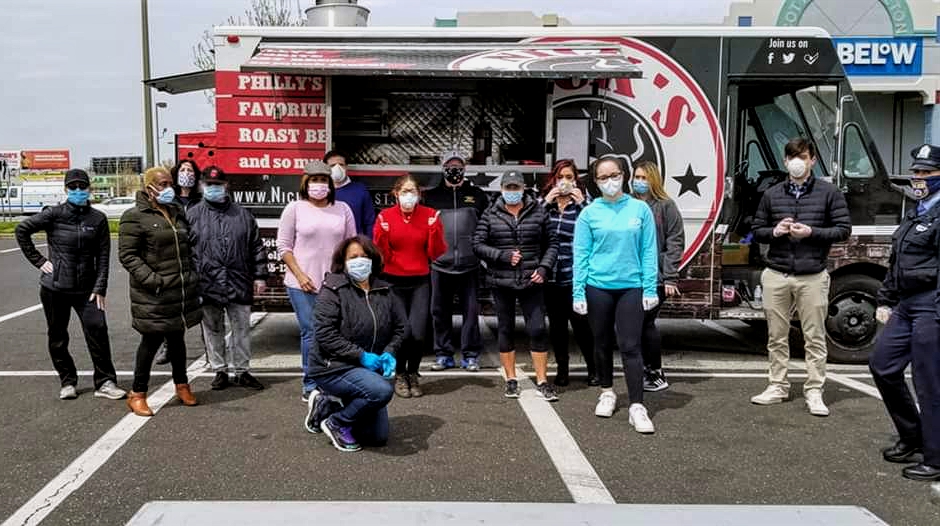 An expensive and saturated market

Matt Rossi, president of the Philly Mobile Food Association, which represents 70 food companies with 135 license-holders, said the current circumstances are going to be difficult for many mobile vendors to survive.

Like restaurateurs, many food truck owners don’t have cash reserves to fall back on.

Plus, a food truck itself is a depreciating asset that suffers “unimaginable” wear and tear, he said, and operators must also account for the costs of maintaining separate commissary spaces and complying with additional legal strictures above and beyond those restaurateurs face.

“A lot of [vendors]  don’t have a nest egg that they can fall back on, and if they do, it’s not the time they’re supposed to need it,” he said.

Like Hepner and Cohl, Rossi sees crowding and competition contributing to the downfall of what has become a saturated—and now rapidly collapsing—market.

“We’ve started to allow trucks to become like Wawas, where there’s one on every corner,” he said. “It’s hard to make money because there’s a truck everywhere, whereas at the beginning of these days, it was a novelty.”

Costs have climbed along with competition, leaving less money in vendors’ pockets, Rossi said. Vendors that made $5,000 at a big event three years ago were lucky to take home half that in 2019, he said.

“You want to do a 10-hour event on a food truck, you’re probably looking at $500 without food costs—just the expenses of labor, propane, gasoline,” Rossi said. “That [missing]  $2,500 makes a difference.”

Rossi, who owns Nick’s Roast Beef of Philadelphia, took a 46-year-old neighborhood brand into the market in 2015. For him, the mobile business was an offshoot of the brick-and-mortar, not the other way around.

“The goal is to get to a place where you’re a known name that people want for catering purposes,” he said. “It takes time to get there. Five years, that’s not enough time.” 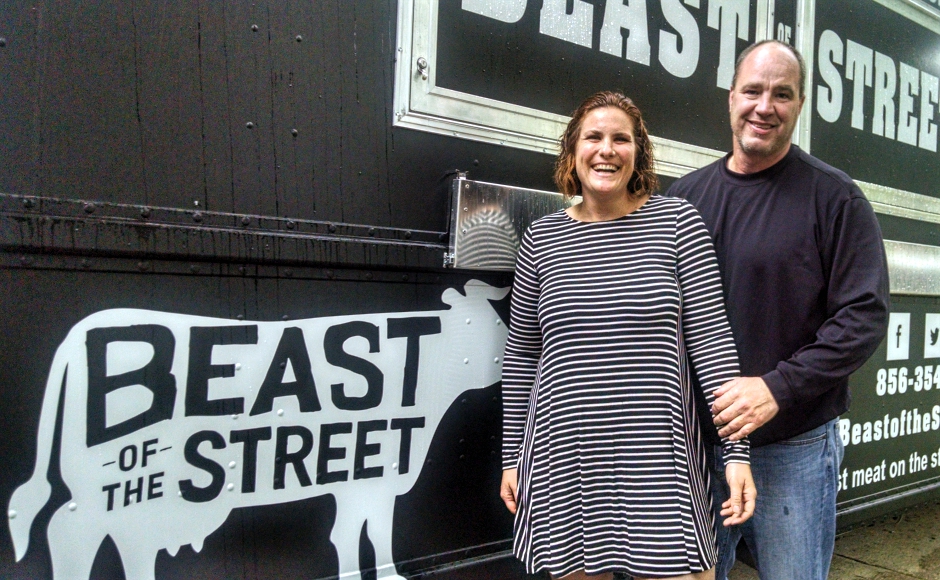 Breaking out the spare tire

For Mark Rooks, whose Beast of the Street food truck is an offshoot of the businesses he shares with wife, Ridgway Grace, the solution during the pandemic has been to become the center of attention on a much smaller scale.

Rooks has taken Beast of the Street into South Jersey neighborhoods, showing up for backyard parties and low-stakes pop-up engagements with a bit of advance notice and a lot of local support.

“We’re not generating a ton of cash, but it’s better than the truck staying still,” he said.

Importantly for Rooks, Beast of the Street supplements multiple lines of business that include his Rent-a-Chef catering, the gourmet Haddonfield Donut Company, the gluten-free Bleu Bear Bakery, and its offshoot gluten-free market in Marlton.

“The truck was something else to add to our arsenal,” Rooks said. “We have everything else going on; the food truck makes us that much better.”

He’s also finding some unexpected business among couples whose wedding plans have been scaled down amid the pandemic, and who would rather just have a food truck and a smaller guest list.

“People are adapting to what’s going on,” Rooks said. “They break out the spare tire and say, ‘let’s switch to this instead.’

The couple is also waiting on some shore events that haven’t yet been cancelled. The North Wildwood Anglesea Night Market is slated to return this week, and Beast of the Street will be there.

He also said part of the business is not taking every opportunity that presents itself.

“I think the more selective you are, as far as the festivals, the better off you’ll be,” Rooks said. “You just have to play the waiting game.”

Whenever the pandemic subsides, Rooks believes 2020 will be “a little bit bigger than a road bump” for the food truck business, but something that “maybe when it comes back, it’ll come back stronger,” as people’s appetites for gathering and socializing return.

His secret weapon to weathering the storm? The solid backing of Grace, his wife and partner.

“We can rely on each other,” Rooks said. “When things get bad, there’s two of us.”