As elected officials on Capitol Hill prepare to dismantle the Affordable Care Act, those in favor of keeping the protections of the law rallied to voice their support. 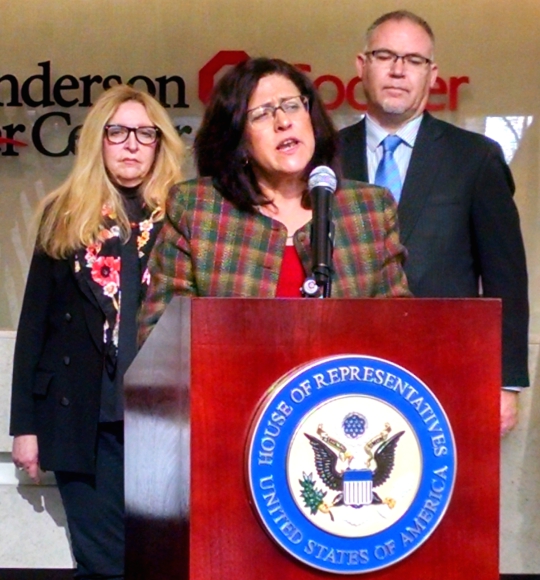 As Congressional Republicans prepare to repeal the Affordable Care Act (ACA), potentially stripping away health insurance protections from more than a half-million New Jersey residents and blowing a $3-billion hole in the state budget, those most directly affected by the changes are raising their voices in protest.

In Camden City on Sunday, a handful of healthcare professionals, patients, and organizers gathered at the MD Anderson Cancer Center at Cooper to describe the impact of the legislation on their lives and livelihoods.

Dr. Generosa Grana, who directs the Center, said the ACA plays a valuable role in cancer survival rates by helping some of the most vulnerable Americans get early screening for the disease.

MD Anderson hosts the state-funded Cancer Education and Early Detection (NJCEED) Program, which provides free screening services for low-income Camden County residents, and which also tracks cancer rates in the tri-county region. Grana said her office has seen a significant decline in the need for those services in the past three to four years because more insured patients have coverage for them.

“Early detection is the key to survival in cancer, and if we lose that ability to find cancer early, our patients are going to be hurt and our community is going to be hurt,” Grana said. “I don’t want to see us going backwards to an area where people don’t have access [to care].”

Without the ACA, protections within the healthcare system that provided mechanisms to care for uninsured patients would similarly disappear, Grana said. Since the legislation obviated the need for state-supported “safety net” hospitals, that infrastructure has fallen away, and “everyone’s quite worried about what will happen now,” she said. 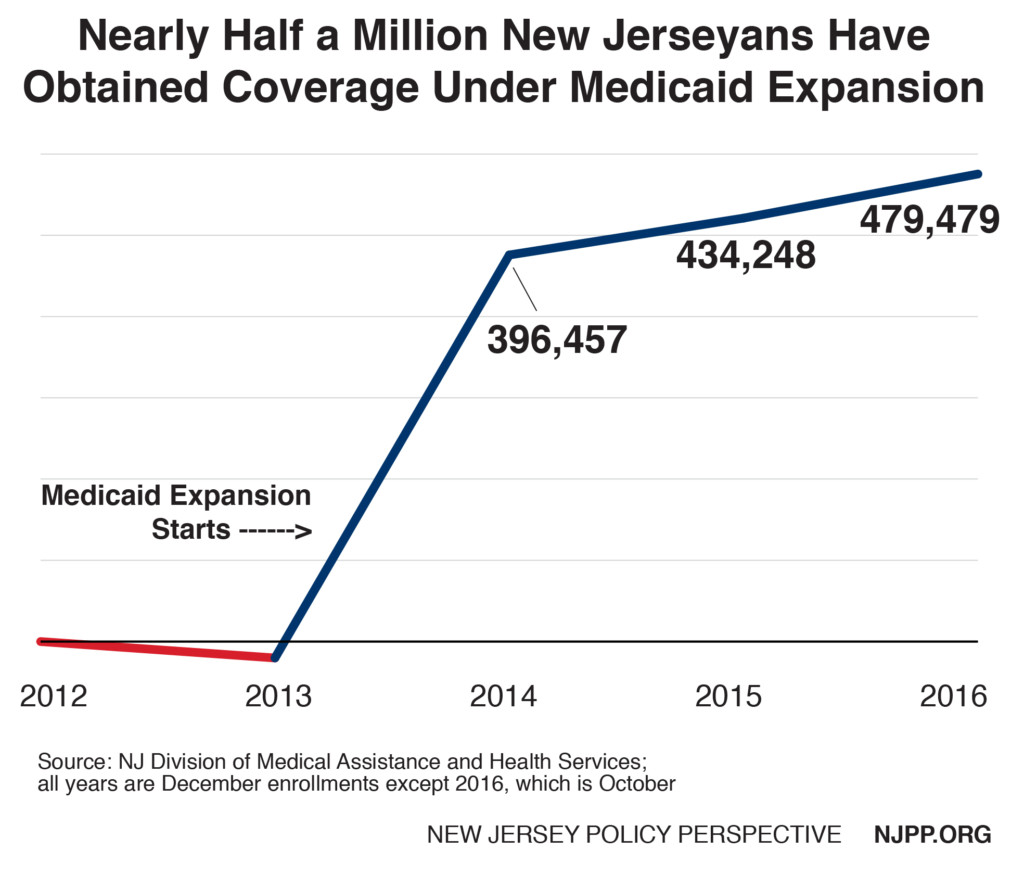 “We saw in 2016 that multiple providers left the marketplace because they didn’t feel that they could provide policies that were profitable for them,” Grana said.

“The choices declined, but we still had coverage.”

That’s not counting the fact that a cancer diagnosis, which Grana described as “the ultimate pre-existing condition,” would make those ACA subscribers uninsurable under all but the most expensive plans.

“To have that limit someone’s options is devastating,” she said. “As cancer therapy becomes more complex and sophisticated and expensive, the impact of these changes are going to be more expensive.

“Patient assistance programs don’t offer enough,” Grana said. “If all of a sudden you lose access to healthcare, you’re not going to have access to that drug.”

A repeal also foretells additional complications for the broader picture of a place like Camden, the infrastructure rebuild of which has been driven by the outgrowth of the “eds and meds” at the city center.

“When health and education are our two hallmarks by which to build a community, if you cripple one of those two, you are going to have major impacts,” Grana said. 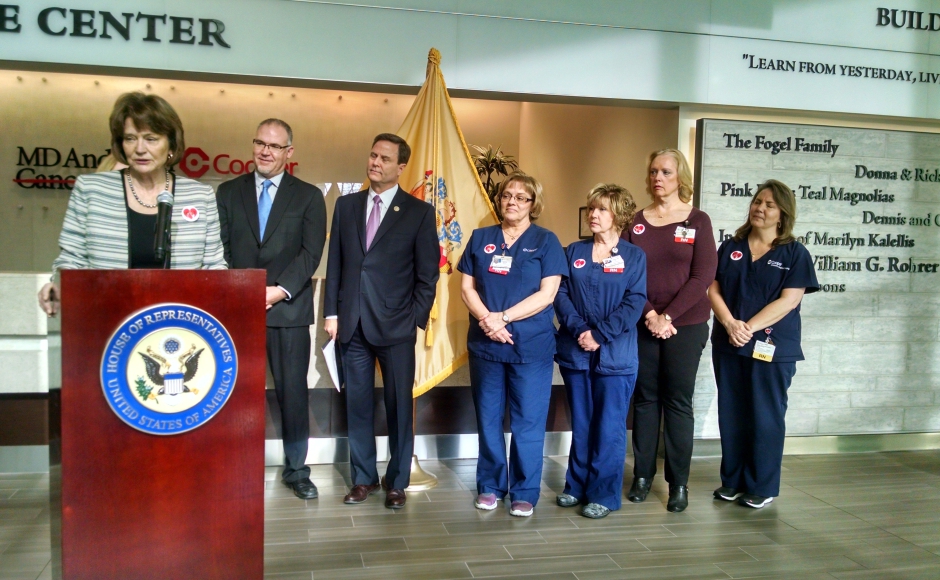 Ann Twomey of the Health Professionals and Allied Employees union speaks in support of the ACA. Credit: Matt Skoufalos.

Debbie Klein, who underwent five breast cancer surgeries in 2016, said she was diagnosed shortly after the loss of her mother.

Without the ACA, she’d never have been able to pay for the treatment, Klein said: her mastectomy alone was $99,000.

“I wouldn’t be standing here today,” she said.

Ann Twomey, president of Health Professionals and Allied Employees, a 13,000-member nurse and healthcare professional union, said that in addition to giving people hope, the ACA “also meant financial stability to the hospitals.” Its repeal could cost the country 2.5 million jobs, some 24,000 of which are housed in New Jersey, according to estimates from New Jersey Policy Perspective.

Twomey also pointed out that the law “makes sure that people don’t get discriminated against.

“For women who have healthcare needs, for the LGBT community, we don’t have the assurances that these protections are going to stay in place,” she said. “We want to keep people healthy safe, and not only getting treatment in a time of crisis.”

Chuck Garrity of East Greenwich said the ACA provided a valuable insurance stopgap for his family of four when he was unexpectedly laid off in October 2015. Garrity, who’d spent 20 years as a healthcare executive, had already begun laying the groundwork for Death of the Fox Brewing Company, a combination microbrewery-coffee roaster in Clarksboro.

To keep his employer-sponsored healthcare through COBRA coverage would have cost the family $2,000 a month; on the ACA marketplace, they found a better plan for a fraction of the cost.

“It really allowed me to calibrate and start planning my business,” Garrity said. “I can’t imagine doing what I did without that room in my budget to be covered under a very good plan for a year.” 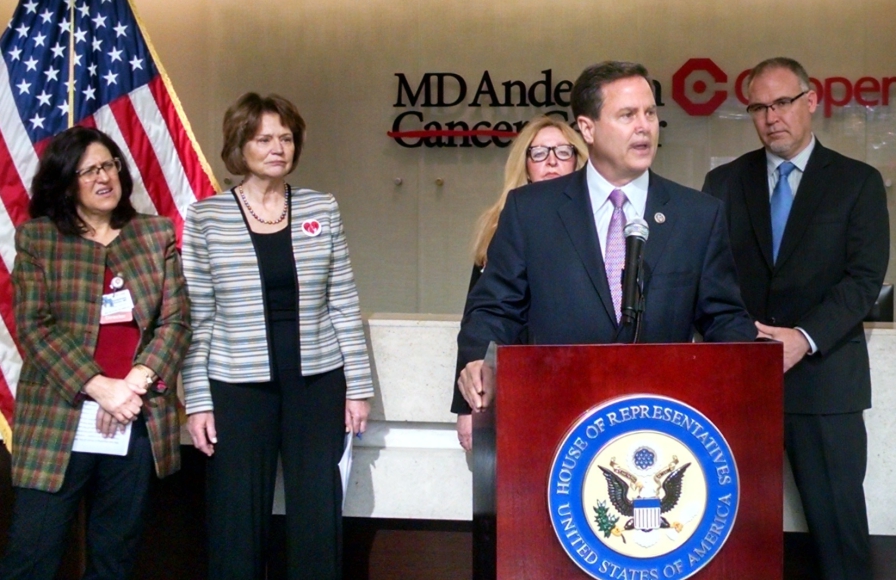 US Rep. Donald Norcross (D, NJ-01) speaks at a rally in support of the Affordable Care Act in Camden. Credit: Matt Skoufalos.

Today, the family has health insurance through his wife Kat’s employer—but not before Chuck Garrity got a first-hand look at the challenges he could have faced without it.

“I was diagnosed with a rare disease last year, and fortunately my plan covered tens of thousands of dollars of testing,” he said.

“It would have been crippling. The disease is something I can live with, but it was a preexisting condition.

“I think everybody has a story like this,” he said.

ACA repeal efforts have been driven by a Republican party that holds a majority in both legislative houses, but Congressman Donald Norcross (D, NJ-01), who convened Sunday’s event, said he is optimistic about the prospects of a compromise—whether at the brink of oblivion or in the face of sustained public opposition.

“We’re hopeful that as people raise their voices up, those in the Senate will hear,” Norcross said. “I believe with the help of the people we’re standing here today with, it can happen.”

Otherwise, he said, “we have a system of care that would turn into chaos.”