More than 200 people gathered at the Jewish Community Center in Cherry Hill to hear from local imams how the radicalization of Islam has affected perceptions of the faith. 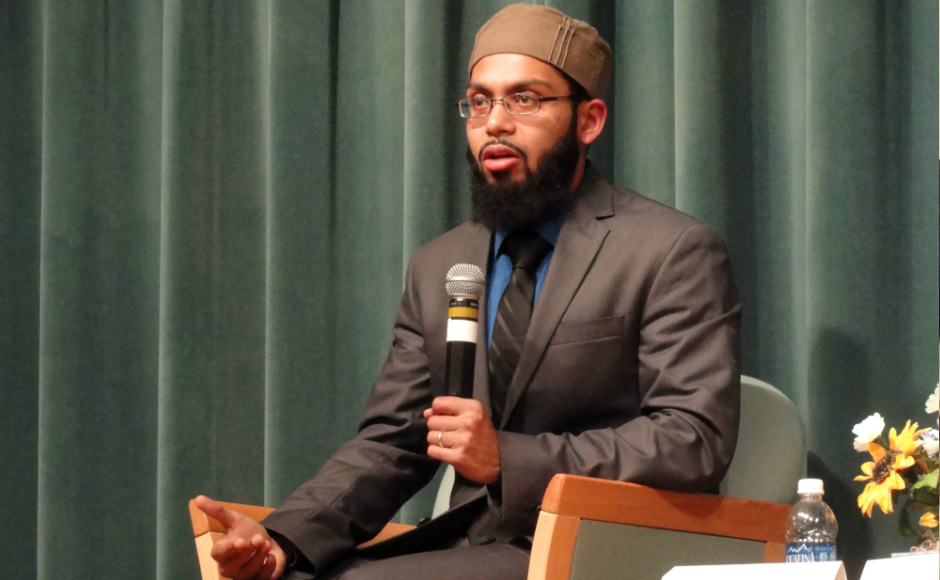 As a testament to the strained nature of Muslim-American relations, look no further than the wardrobe plight of Imam Morshad Saami Hossain of the Voorhees Islamic Center.

At Monday night’s panel discussion, “Extremism, Radicalization, and Islam,” Hossain confessed an uncertainty about what to wear to the event. Should he don traditional clerical garb? A black turtleneck like Steve Jobs? What reactions would he provoke?

Hossain said he’d fielded numerous opinions in advance of his appearance at the Katz Jewish Community Center in Cherry Hill, which hosted the event as an interfaith educational outreach. He did his best to cut the mood with levity, whether with clips from The Daily Show with Trevor Noah or one-liners about fellow panelist Rafey Habib, a Rutgers professor who holds multiple academic degrees, “none of them in making bombs.”

Both disarming and blunt, Hossain’s gallows humor underscored the tension with which many Americans, let alone a roomful of his Jewish-American hosts, encounter the Muslim faith. For the better part of 45 minutes, he attempted to help those in attendance reconcile their anxieties about global sectarian violence in plain language, in context, and with compassion. 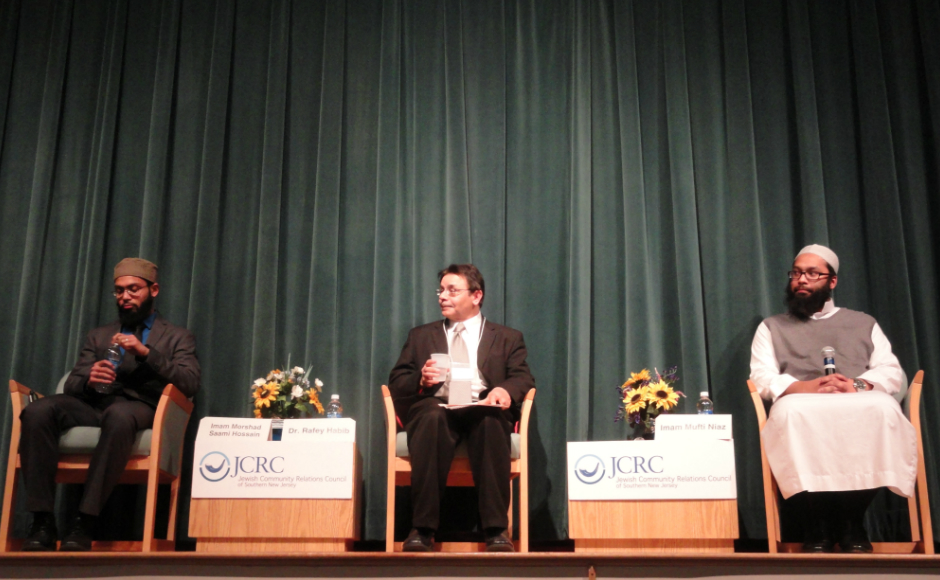 The message Hossain advocated above all is that the only way to dispel “a climate of suspicion” is through education and cultural exchange. The biggest obstacle to that communication is getting American audiences to think more critically about where they get their understanding about the Muslim faith.

“Who speaks for Islam?” Hossain asked. “The information you receive, you have to first check its credibility. Even if you have a big beard, it doesn’t necessarily make you a credible candidate to speak for Islam.”

Throughout the Muslim world, the only universally acknowledged sources of truth about the faith are the Quran, the Islamic holy text, and hadeeth, the words and deeds of the prophet Muhammad. How well those principles are understood is in doubt, Hossain said, as many people, Muslims included, do not know or acknowledge that the Quran is largely inclusive of other faiths.

“Muslims believe in all the prophets that are in the Old Testament and New Testament,” Hossain said. “Any language has the word for ‘God.’ If you speak Arabic, the Arabic word for God is ‘Allah.’ It’s not exclusive only for Muslims.”

“The Quran sees itself as a continuation of Jewish scriptures,” Habib added later. “The vision of the Quran really is pluralist, and I think a lot of Muslims are unaware of that.” 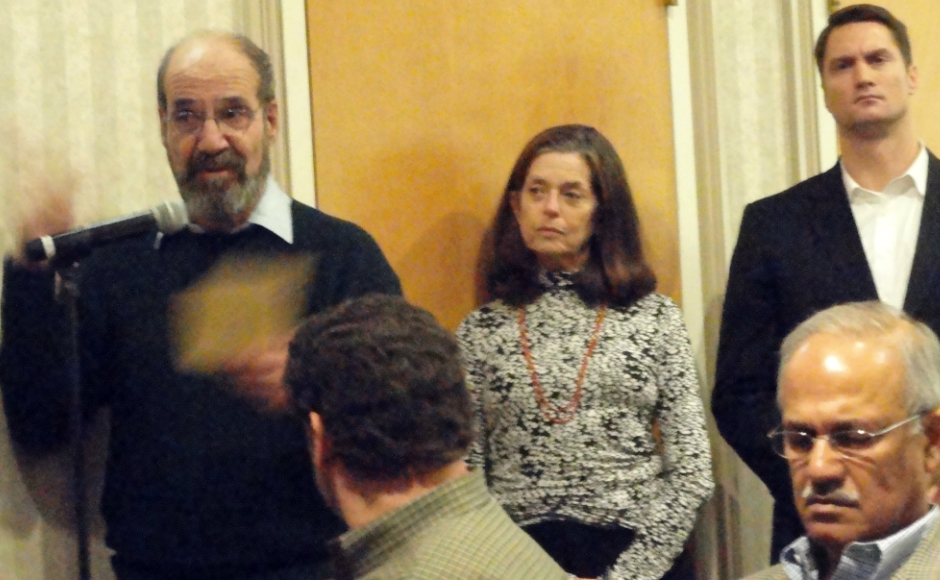 Militant groups like ISIS, Hamas, Hezbollah, and al Qaeda, do not act in accordance with the tenets of Islam, but rather as demagogues, Hossain said, leveraging passages of the Quran that suit their political purposes rather than adhering to the overall message of the text itself.

Like any fundamentalist group, they use the faith as “a tool to obtain worldly power and rhetorical control,” he said.

“Everything they are doing is contrary to what the Quran mentions and everything the prophet did in his 23 years on this planet,” Hossain said. “The Quran says there is no compulsion in religion. You can’t force someone to become a Muslim. Many of these self-radicalized individuals are not fighting a holy war; they are practicing vigilantism.”

Those who are most appalled by sectarian violence and terrorism need not look long to see that the overwhelming majority of its victims are Muslims themselves, Hossain said. Even in the context of war, the Quran explicitly condemns certain behaviors—the harming of women, children, the elderly, the clergy, and noncombatants; the destruction of places of worship and infrastructure—that are routinely practiced by groups like ISIS, he said. 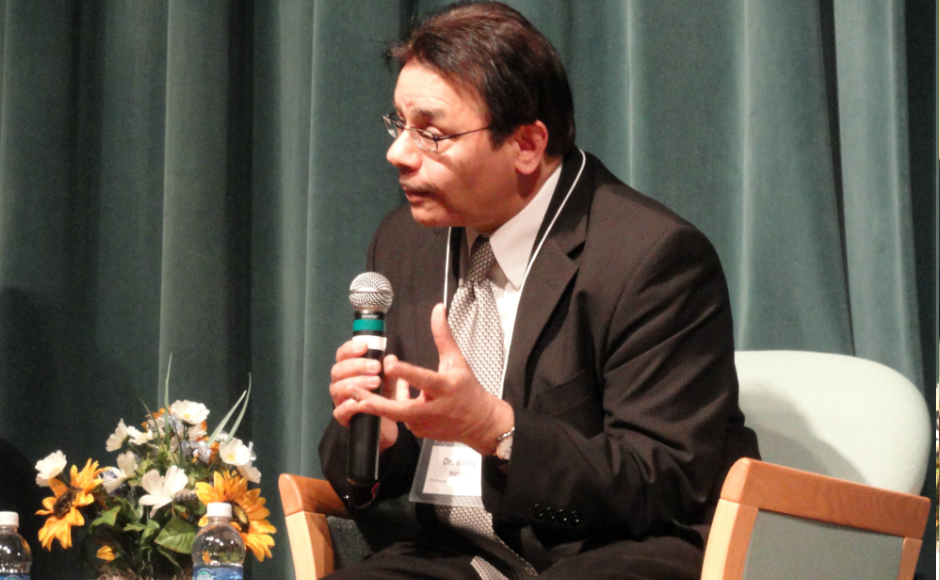 “Who do you think lives in Syria?” Hossain said. “Muslims. The people they’re fighting in Jordan, they’re Muslims. To kill an innocent soul without any justification is [like] killing the entirety of humanity.

“ISIS is not Islamic in the sense that what they are doing is [neither]in accordance with the Quran [n]or in accordance with hadeeth,” he said. “They use Islam as a rhetoric to drive their anger and reach their goal.”

To underscore the global opposition to ISIS, Hossain pointed to a letter signed by 70,000 Islamic scholars who condemn the actions of Abu Bakr al Baghdadi, ISIS’s self-anointed “universal caliph of the faith.” One of the key objections these scholars have to al Baghdadi is his message of Muhammad as having been “sent with the sword as a mercy to all worlds.”

“The Prophet Muhammad’s being a mercy to all the worlds cannot possibly be conditional upon his having taken up the sword (at one point in time, for a particular reason and in a particular context),” the letter reads. “This point is not merely academic. Rather, it reveals the essence of much of what is to follow since it erroneously equates the sword and Divine mercy.” 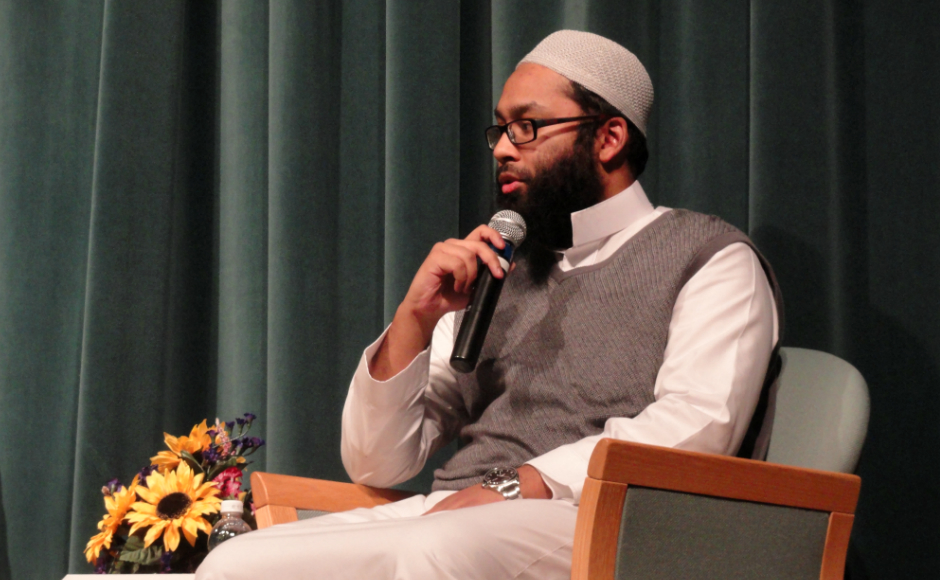 “Cherry-picking” of verse and ideology to suit a specific political purpose is not a problem that only plagues followers of Islam, said Imam Mufti Niaz Hannan, who oversees the Islamic Center of South Jersey in Palmyra.

But without better education and a return to understanding of the teachings of the Quran, such misinformation will continue to dog the followers of his faith as well as those who interact with it from afar, Hannan said.

Like other spiritual leaders, imams are often made to account for the actions of people within their houses of worship, regardless of how closely those congregants may adhere to its specific teachings. That makes educating members of his faith a collective as well as an individual responsibility, Hannan said.

“Cherry-picking, that’s not what people who fear a reckoning do,” he said. “That’s not education.”

“When I speak to my own congregation, they don’t even know some of the basics that I’ve talked about today,” Hannan said. “It’s stuff that they memorized in Sunday school classes, or something they observed some family member doing.

“Rather than let anybody else speak for you, your voice, your actions, your conduct as a member of society should be that your neighbors can vouch for you,” he said. “That’s what motivates me.”

Hossain pointed out that religious extremists existed during the life of Muhammad “and all throughout Islamic history.” Such indviduals “are not inspired by Islam,” but use it “as a vehicle of justification” for their behavior, he said. In the words of Islamic scholar Dalia Mogahed, Hossain said, “they start at the violence they want to conduct, and convince themselves they are following the texts.” 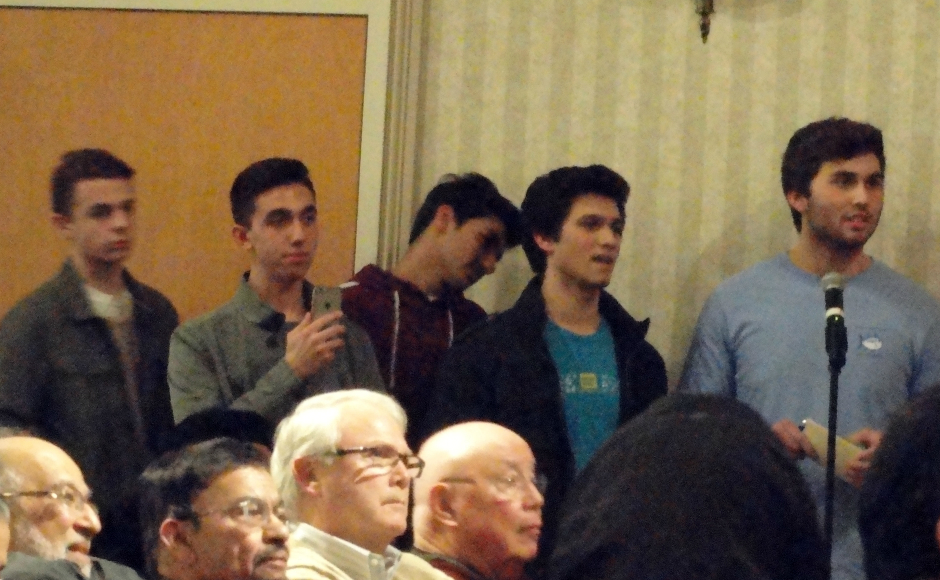 “Personal views, sectarian views, put them aside, let’s talk about what matters,” he said. “These things affect all people.

“Organizations, within themselves, need to stop the sectarianism,” Hannan said. “Different people have different agendas, and they’re not able to agree on one vision moving forward. Don’t become an activist until you’re well grounded and motivated by the teachings of your faith. Otherwise you’ll become emotional, you’ll burn out, and you’ll have to do more damage control.”

“The requirements of education and understanding are on the shoulders of Muslims, Hossain said. “Self-radicalized individuals are not willing to mix or integrate with Muslim society. We can’t marginalize the entire Muslim community. It’s only when non-Muslims work hand-in-hand with the Muslims that they can mitigate extremism.

“It’s fine to have political differences,” he said; “just understand that political differences should not resort to violence of any sort. It’s okay to be angry. What’s not okay is to misdirect that anger. It’s really our Muslim community that needs the most work. The community’s at such a state where they’re completely lost.”