Trending
You are at:Home»People»In Memory of Elizabeth Falco: Ohio Cold Case Students Explore the Life of a Beloved Sister

Thirty years ago, a young woman from Cherry Hill was killed in Philadelphia. Today, a high-school forensics class is combing the circumstances of her death for new leads. 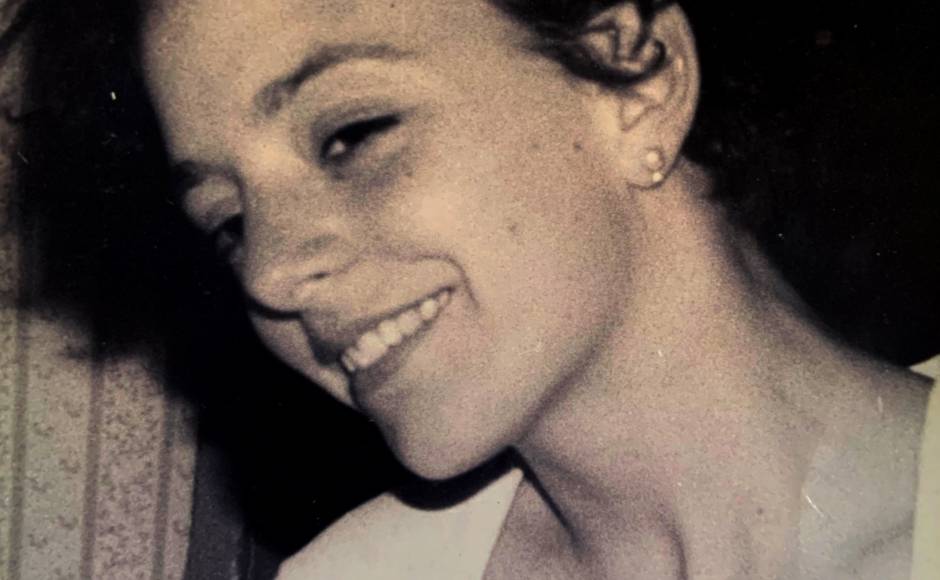 On the evening of September 13, 1990, a young legal secretary from Cherry Hill rode her bicycle across Philadelphia for the last time.

Elizabeth Falco was a vibrant woman who was putting herself through a psychology major at Rutgers University, and volunteered teaching English as a Second Language (ESL) classes in Philadelphia.

She was also involved in the lives of her four brothers, who were growing up in a single-parent household on the other side of the Delaware.

Despite paying her way through school and covering the costs of city living, Elizabeth still found money to pay for her brothers’ art or karate lessons, and always offered extra encouragement to boost their spirits.

She loved dancing, music, and her friends, and was no stranger to the kinds of parties that young, college-aged students commonly enjoy.

On the last night of her life—before police say she was strangled, possibly while sexually assaulted; before her body was dumped in the Tinicum Marsh near Philadelphia International Airport—her family believes Elizabeth was traveling across town to buy drugs.

Two months passed before her remains were recovered, badly decomposed. The killer was never caught.

Some thirty years later, the details of Elizabeth’s life and death came across the desk of a pair of Ohio high-school seniors enrolled in a forensics class.

Their interest in the case has renewed hope among her family that some answers to the most important questions of their lives may someday be forthcoming. 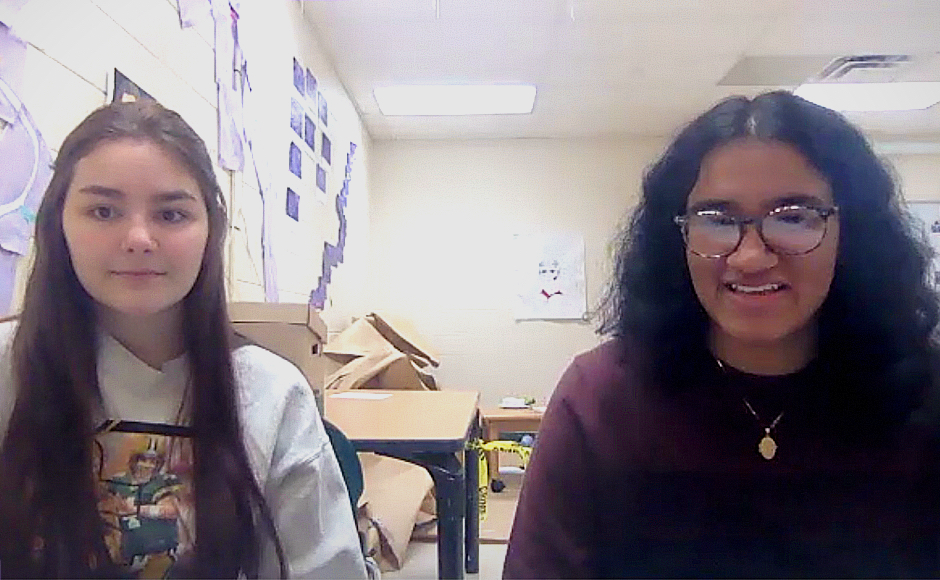 ‘This case is helping me like I’m helping her’

When they first received the e-mail inviting them to investigate Elizabeth’s story, William Mason High School seniors Riley Blakely and Nancy Pandey described how deeply its details affected them.

“We were the first ones to see the email,” Blakely said.

“We didn’t want anyone else to take it.”

Just 25 at the time of her murder, Elizabeth wasn’t too much older than the students who are probing the story of her death for clues that could help solve it. The students agree that their closeness in age might account for the strength of the connections they feel to her story.

Blakely, who plans to study philosophy and law after high school, said that studying the case has become “incredibly meaningful” to her. She described putting in long hours reviewing its details, developing a mental picture of Elizabeth, and even looking into her astrological charts to understand who she was and the life she led.

“I come home from school, or work, and just start thinking about it,” Blakely said. “I just feel connected to her, even though I wasn’t born before she passed away. Everybody I talk to says how caring she was, how loving she was; that she’d stand up for what she believed in.

“Even if we don’t get to where we’re trying to go with this, it makes me feel accomplished how far we’ve got because we had zero information [at the start],” Blakely said. “I feel like I’m making a difference.”

Pandey, a future engineering student, said she’s happy to dedicate her time to the case, not only because Elizabeth “seemed like a genuine person who really cared about everybody she talked to,” but because the effort has taught her a great deal about the work involved in conducting such an investigation.

“Cold cases are still open for a reason,” Pandey said. “Most police departments don’t have their own cold-case team. Thirty years later, we have the time [to dedicate to it]. We’re able to learn what we can.

“It took a long time to figure out how to search for people, to ask the right questions, and to learn how to write,” Pandey said. “We learned most of that from people who came into class. Using that information on Liz’s case, I feel like I’ve learned something, and that this case is helping me like I’m helping her. 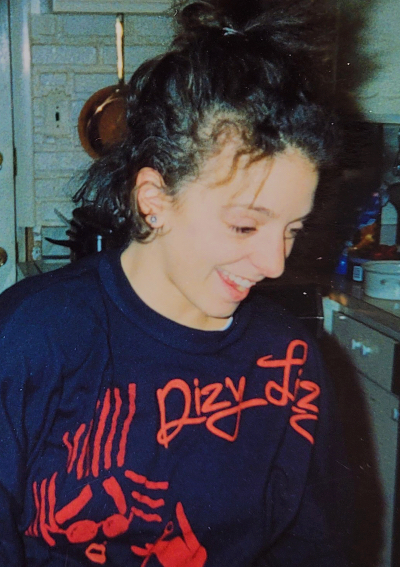 “Even if we don’t get full closure, we know that we’re doing what we can to help everyone involved,” Pandey said; “not only the victim, but everyone who feels for her and has been affected by her life.”

Paul Falco was just 12 when his sister was killed.

He related to Elizabeth as a parental figure  in a household where his own mother was overworked caring for five kids alone.

“My sister was great as far as I’m concerned,” Paul said.

“I only knew her for a fraction of my life,” he said.

“As I get older, I think it gets worse because I just wonder.”

As the years have passed, Paul’s thoughts on his sister’s death have darkened, and his mood with them.

He said he’s tried to channel the love he had for Elizabeth away from his grief at her loss, but with time, it’s become more difficult for him to wrestle with the case remaining unsolved.

“I’ve gotten more angry, I think, especially now that I have two girls,” Paul said. “The only thing that I could ever do was try to take a positive away from it, and love life, and love everybody.

“I hold to that, but it’s tougher and tougher,” he said. “I find that I grow more coarse.”

If the family found closure in solving her murder, Paul said “there would almost be a faith restored in humanity” for him.

Michael Falco, Paul’s oldest brother, grapples with different emotions. On the night that Elizabeth was killed, they were supposed to go out dancing together, but Michael fell asleep. He’s always wondered if his sister might still be alive had he been there.

“I don’t blame myself, but it’s been very hard with that thought in my mind,” Michael said.

“It’s not that we’ve accepted it and let it go; we think of her every day,” he said. “But without the support to get [an investigation] going, it’s more destructive trying to fight to get the truth and not get anywhere than to accept it for what it is, and hope at some point that something’s going to happen.” 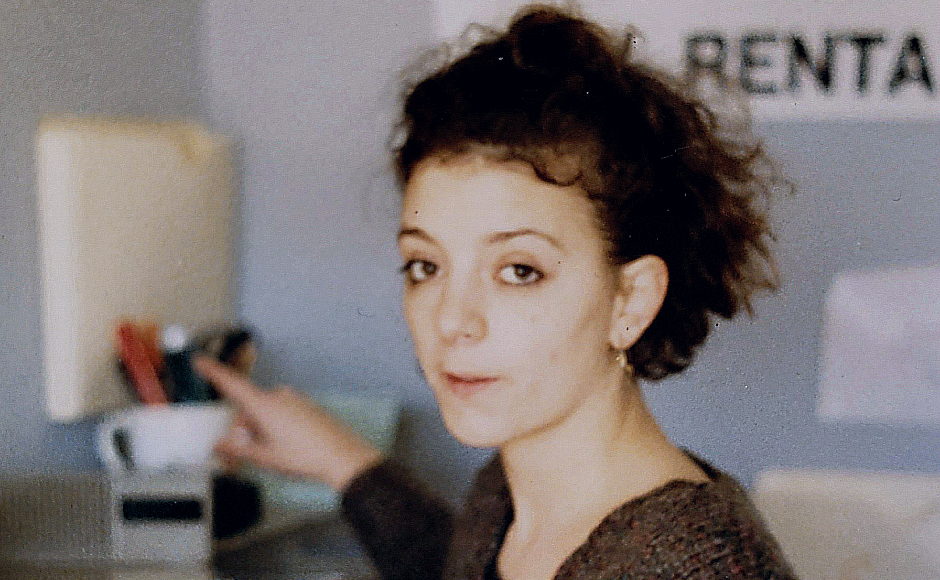 John Falco said his sister’s outsized influence on his life strongly shaped the person he became.

Her support of his creative pursuits, her commitment to women’s rights, and her willingness to be a friend to different kinds of people established values by which he continues to live.

“She was really open-minded,” John said; “way ahead of her time.

“She was into art and music, and really shaped my worldview,” he said. “I think if she was still around today, she would be very into social justice. All those things I place a lot of importance on in my life.

“She was kind-hearted, loving; friends with everybody in all walks of life,” John said. “She was putting herself through college, and really embraced it. She was very influential and nurturing to a family that was missing a parent figure and a mother that was working all the time.”

Elizabeth’s desire to see the good in people and to nurture her younger siblings was equally matched by her love of a good time, John said. He believes Elizabeth’s relationship with a significantly older boyfriend may have introduced her to friends and circumstances she wasn’t entirely prepared to navigate at 25. John thinks that partner “got her past the recreational stage” of drug use, and into a place where she was battling addiction.

The brothers have always suspected one man in specific of having killed their sister, but Elizabeth’s death occurred before many contemporary investigative tools—DNA evidence, cellular phones, social media, ubiquitous security cameras—were available.

They remain hopeful that fresh eyes and fresh interest in their sister’s story eventually might bring them peace of mind. 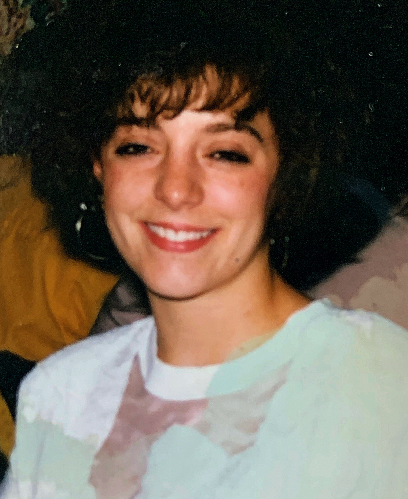 ‘You’re not doing it because it’s interesting; it’s because you want to help somebody’

Randy Hubbard, who teaches forensic science at William Mason High School, and who founded its cold case program, said that going through these stories years after their investigations have dried up isn’t just a hypothetical exercise.

Hubbard encourages his students to find a victim to whom they feel emotionally connected, not only to immerse them in the work of the program, but to further their emotional development.

“For kids today, I think empathy and sympathy is kind of lost,” Hubbard said.

“One of the things I try to get across to them is people who are connected with the case—detectives, family members—they have gone through a traumatic experience,” he said. “When you talk to them, you have to have that empathy and understanding.

“I think that sometimes that catches them by surprise,” Hubbard said. “When they talked to the [Falco]  brothers, it really hit home that they’re talking to a family that lost a loved one in a tragic way. They finally realize that ‘it’s not just about me’; there are people out there that need help.”

Hubbard, whose own interest in cold-case murders was piqued by the disappearance of 23-year-old Laney Gwinner from his hometown of Fairfield, Ohio, in 1997, said the point of the program isn’t to expect high-school students to solve decades-old crimes, but to revive the stories of those who’ve been victimized, and rekindle memories of their spirit.

“We go in with the idea that we’re going to try to get the story back out,” Hubbard said. “It would be great if we could solve one, but unfortunately, we’re limited with what police will give us.

“Last year, we actually had some of the friends of the victim from my case come in and talk to the class,” he said. “I wanted [the students] to see the real emotion that people are going through.

“You can watch crime shows on TV, but when you watch shows like that, I think that sometimes you just watch it, and you don’t really invest time into getting to know who that victim is,” Hubbard said.

“[In our class], you’re putting yourself in the place of those families, trying to get the perspective of the victim, the suspect, the family members,” he said. “You’re not doing it because it’s an interesting crime; it’s because you want to help somebody.”

Although the Falco brothers aren’t banking on the students’ interest bringing resolution to their sister’s murder, they agreed that Elizabeth was the type of person who would have been happy to see young women doing the work to understand who she was and how her life ended.

“She was always looking to do more and expand herself,” Michael told Blakely and Pandey in a video call discussing the case. “She would be so happy that she’s helping you girls out with the project.”

While the students are preparing their presentations, which are due at the end of April, the Falcos are following up with the Philadelphia Police Department about their sister’s case. Stick with NJ Pen for updates.