Trending
You are at:Home»Business»Inks that Link: East Coast Calligraphy Comes to Collingswood

Michele Bates hopes her storefront will connect people with the visual art form in a calming environment. 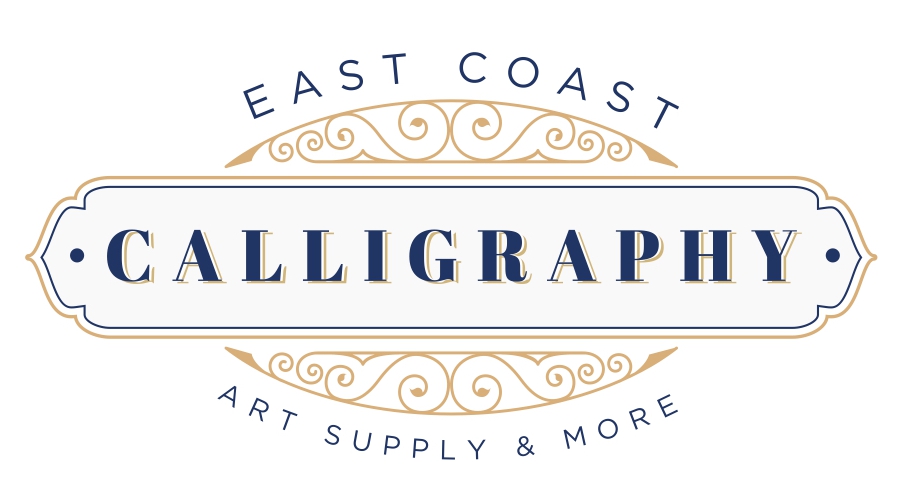 Before she founded East Coast Calligraphy, Michele Bates wasn’t actually looking to open up a storefront.

After years in Brooklyn, the Camden City native was “just getting a feel for the prices [of commercial real estate] in the neighborhood” of Haddon Avenue when she found a shop that stirred feelings of her life in New York.

Not long after, Bates decided to hang out her shingle in Collingswood.

“[New York]  is like music to me,” she said. “There’s a vibe to it; there’s a rhythm to it. I felt that rhythm here in Collingswood.”

Bates traces her interest in calligraphy to her childhood. By 17 or 18, she was good enough to pen her cousin’s wedding invitations, but by college, she had put the hobby on hold. A few years ago, she signed up for a class at the Haddonfield Adult School with calligrapher Maureen Peters, and realized very quickly that she had found her new mentor. 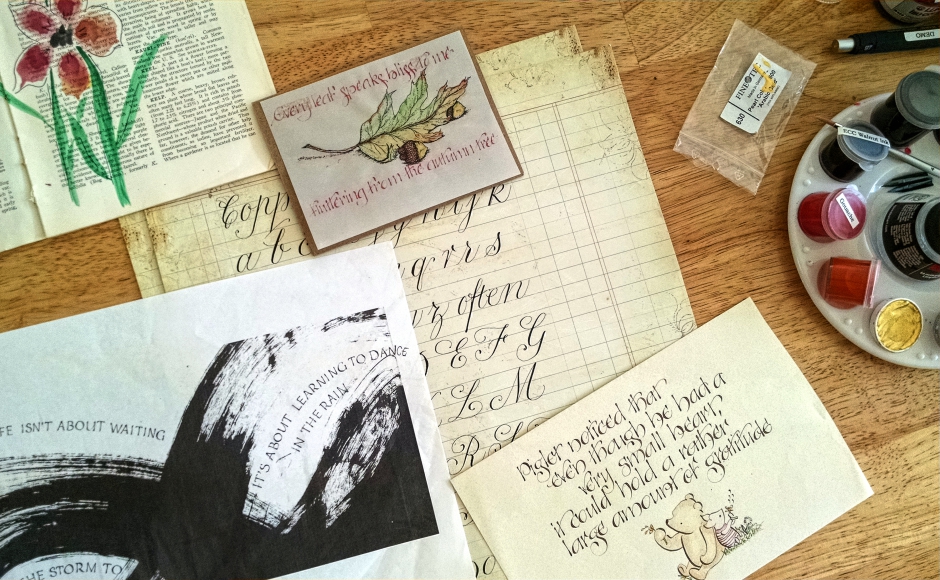 Calligraphy work by Bates and Peters showcases the versatility of the format. Credit: Matt Skoufalos.

In addition to her knowledge of a variety of lettering styles—called hands—Peters understood the role of mixed media in calligraphy, and was familiar with a variety of the specialty tools used in creating it.

She helped Bates expand her understanding of the products that would comprise her inventory.

“I try to research a little bit, and research by doing, with practical applications,” Bates said.

At East Coast Calligraphy, exotic inks from Germany, Russia, and Japan share shelf space with iron gall inks, liquid dyes, and calligrapher’s gold. Newcomers and seasoned artists alike can find high-quality vellum, pens, nibs, and holders, including a custom line of oblique holders of Bates’ own design. Customers are invited to test-drive them all in the store—something online wholesalers can’t offer.

“You come in, we talk about the products and what you’re trying to achieve, and we will direct you,” Bates said. 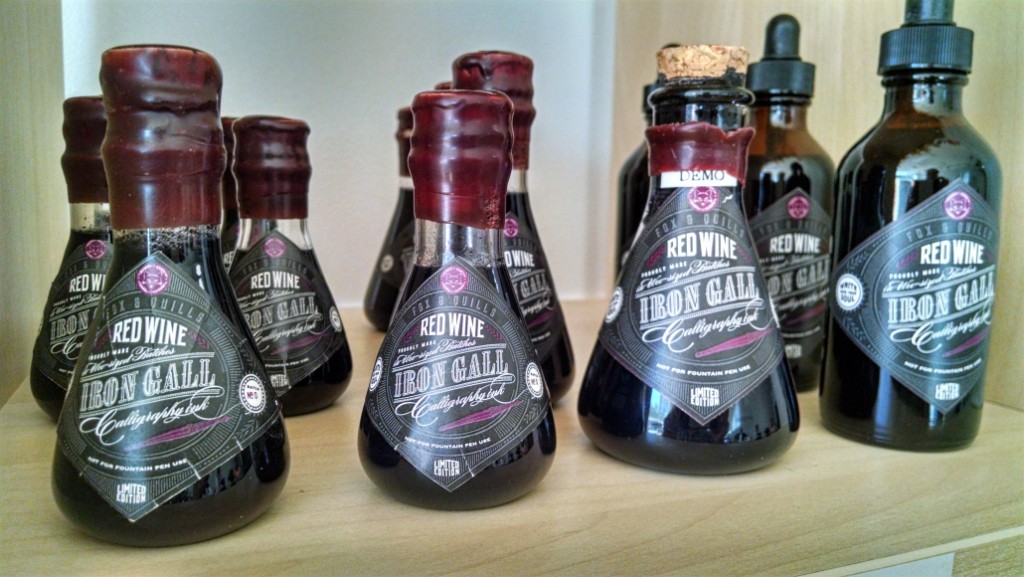 That customer-focused approach extends to the classes themselves, in which Peters promises small groups of 10 to 12 students will receive close attention in an intimate setting.

“You can get more correction than when you’re in a bigger environment,” Peters said.

“We build up over the course of six weeks,” Peters said. “This is a skill that will go on forever.”

While cultivating that skill, calligraphy teaches hand-eye coordination and activates both hemispheres of the brain, Peters said. In learning a variety of lettering styles, there’s still room for innovation, creativity, and personality. The overall experience also offers a chance to decompress in a way that she said is missing in many people’s lives.

“Picking up a pen and dipping it in ink slows our brain down,” Peters said. “We have to learn to slow ourselves down or we make mistakes.” 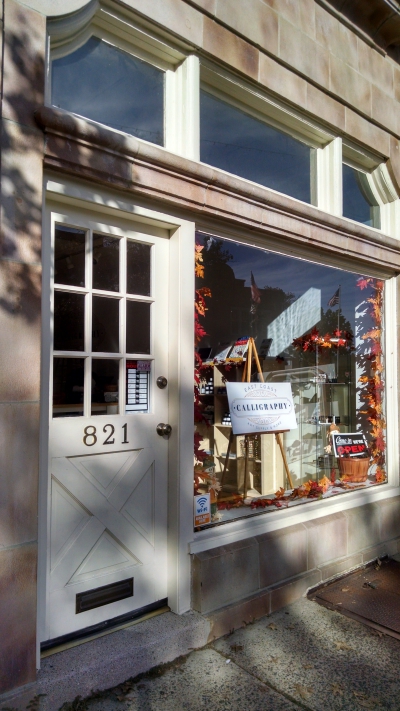 Classes are based on rhythm and set to a classical music soundtrack, which Bates said teaches students to find the rhythm of their artistry.

“You learn to bounce with the music, the pen flexes, and you’ll have your own rhythm,” she said.

“A lot of folks say they come here to decompress. This is their therapy. They calm down, and most of all, have fun.”

That slowdown applies to the social aspect of an encounter that is based around a shared experience among a group of learners.

Calligraphy is also a way for younger students to bridge a generation gap in an age where cursive handwriting is no longer part of many public-school curricula, Bates said.

“I think a lot of this technology keeps a lot of people from being eye to eye,” she said.

“There’s a place for the computer, but there’s also a place for handwriting, and I think sometimes we’ve lost that.”