Trending
You are at:Home»Business»Irish Mile, Haddonfield RunningCo Owners to Revive Antoinetta’s Bistro as ‘The Mile’

Ed Donohue and Dave Welsh plan to flip the shuttered Runnemede eatery into a brewpub and banquet hall by the summer. 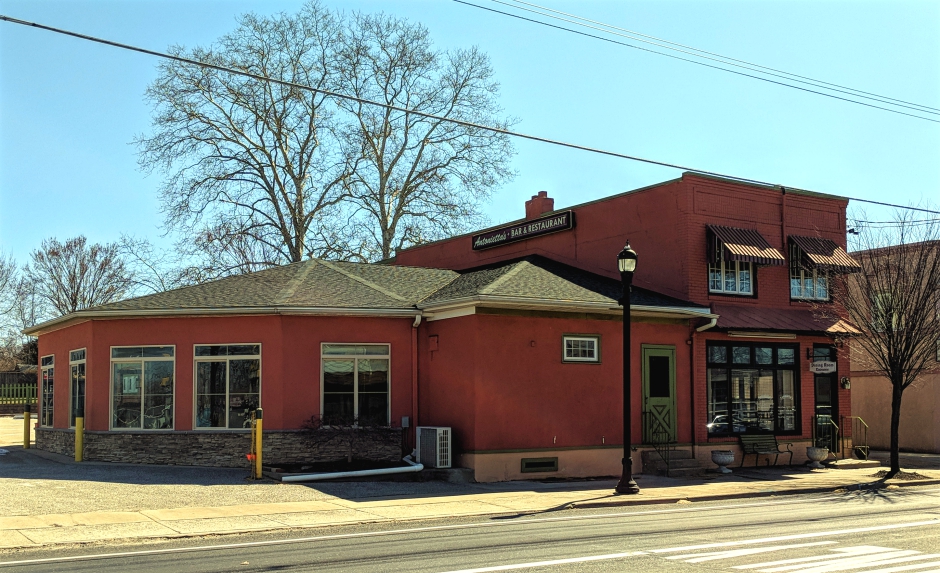 Antoinetta’s in Runnemede will reopen this summer as The Mile. Credit: Matt Skoufalos.

Even before selling off The Irish Mile to the PJW Restaurant Group last year, Ed Donohue had been looking to open up another bar in Haddon Township.

Together with Haddonfield RunningCo owner Dave Welsh, Donohue shopped a number of locations, but couldn’t find a fit.

When the former Antoinetta’s Bistro in Runnemede came up for sale last year, he placed an offer.

By June, he should be back in the bar business.

“We can’t get a vacancy [in Haddon Township]  now because there generally aren’t any,” Donohue said. “That’s how much it’s grown.”

In the 5,000-square-foot restaurant, Donohue sees an opportunity to revive a local landmark that’s fallen on hard times. The site boasts a massive kitchen, upstairs banquet hall, and spacious parking lot. With the right renovations, he believes the neighborhood (East Third Avenue and the Black Horse Pike) could be primed for a turnaround. 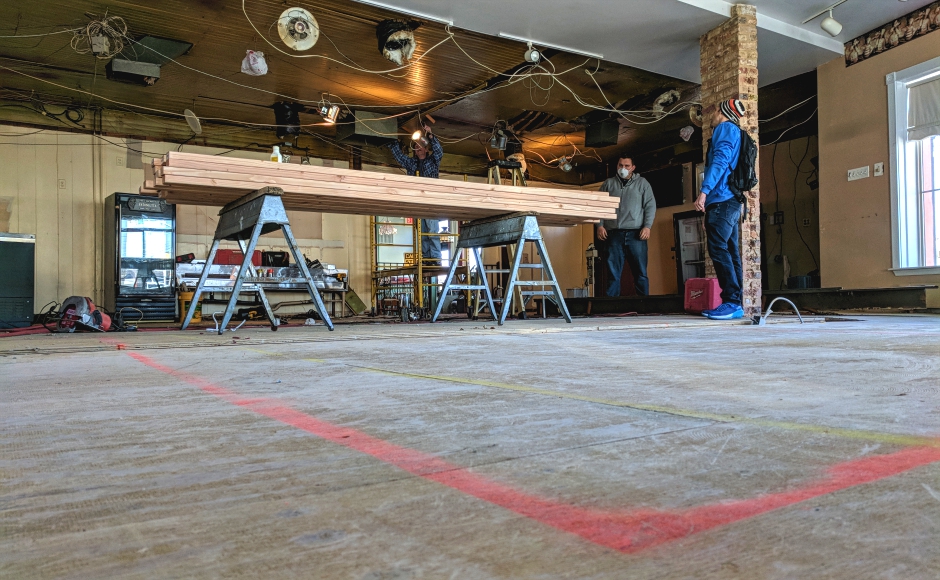 “Runnemede has a lot of vacancies, but it’s where Collingswood was 10 years ago; where Haddon Township was three or four years ago,” Donohue said.

“I think we can be a small part of helping Runnemede redevelop a little bit,” he said.

Welsh said the new bar—which the pair are dubbing The Mile—will bring a Northern Liberties flair to South Jersey.

“We’re going to have a dark hardwood floor playing off a lot of copper; an industrial-looking tap system installed by Philly Homebrew Outlet,” Welsh said. “You’re going to see some high-school uniforms up.

“It’s the community’s bar,” he said. “It doesn’t have an identity until the people come in and create it. We want it to be a place where you can come in, listen to music, and feel like you’re part of the bar.”

Just like its predecessor, The Mile will also emphasize craft beer, with a 52-tap selection that Welsh said will be heavy on locals Double Nickel, Tonewood, and Yards. The Mile owners plan to flip the banquet room at the former Antoinetta’s for special events. Credit: Matt Skoufalos.

“When you put these good beers in, you lift the whole level of your operation up,” Donohue said.

The Mile will feature a 45-seat, 1,800-square-foot, T-shaped bar; a dining room that can accommodate another 60, and a second-floor catering hall that holds 50 to 70.

Complete with dumbwaiter and second bar, the upstairs banquet hall will be offered up for microbrewery tap takeovers, private parties, and cash-bar fundraisers.

“Everybody needs the fundraising, especially in track-and-field,” Welsh said.

The Mile menu will feature barbecue-themed comfort food, some of it with a Mexican twist. Welsh said they’re kicking around dishes like a pulled pork and mac-and-cheese sandwich, or Stubb’s barbecue sauce chicken pot pie. The bar will offer wine on tap and two beer engines for fans of casks.

Welsh and Donohue say they haven’t given up on finding another location for their Haddon Township liquor license. In the meantime, they believe fans of The Irish Mile won’t mind heading up Clements Bridge Road to recapture the experience.

“Once we get this concept worked out and dial it in here, we’ll have both,” Welsh said.

“We’re going to make [The Mile]  so you could put it next to Standard Tap, and it would work,” Donohue said. “That’s the vibe we’re going to have.”

“Take your $5 Uber to Runnemede, and we’re going to have a bar where you feel just like you’re in Philly,” Welsh said. “Runnemede’s closer to [Haddon Township]  than Philly.”

The Mile heads for a mid-May, early June opening, with daily hours 11 a.m. to 2 a.m. Stick with NJ Pen for updates.