Trending
You are at:Home»Business»It’s Batman Day in South Jersey

For as much abuse as he’s taken, Batman doesn’t look his age.

Arguably one of the most popular characters in the history of fiction, the World’s Greatest Detective will be 75 this year. To mark the occasion, publisher DC Comics declared July 23 “Batman Day,” with giveaways for comic book shop owners across the country.  (See details below. –ed.)

But why is Batman such an enduring figure? What are people still seeing in the character after 75 years? And how did he get to be such a bankable property? 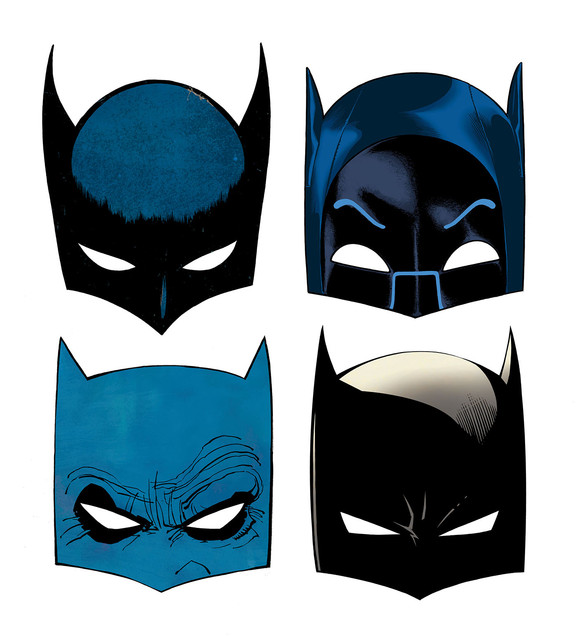 The many faces of Batman, by Ryan Sook. Credit: DC Entertainment.

“From a sales perspective, there’s no question,” said Scott Kaitz, owner of The Comic Station in Haddon Heights.

“Batman rules my store,” Kaitz said. “I get 50 copies in and I sell 50 copies. I don’t know exactly what that might tell you, but there’s no shortage of Batman going anywhere.”

Batman is the star of dozens of movies, video games, and comic books, having inspired everything from novelty songs to amusement park rides.

“As a property, [Batman] makes money for a store,” said Brian Rappa, manager at Fat Jack’s Comicrypt in Oaklyn.

“He’s got vast collectability,” Rappa said. “I’ve seen people just collect the wrappers off the old [trading]cards, back in the 1960s.”

But you don’t treat Batman “as a commodity to sell,” he said.

“Comics are a lot more than something to collect,” Rappa said. “The professionals that come through here in all walks of life are ridiculous – doctors, lawyers, mailmen, warehouse workers. The fascination isn’t so much Batman, even though it’s his day.” 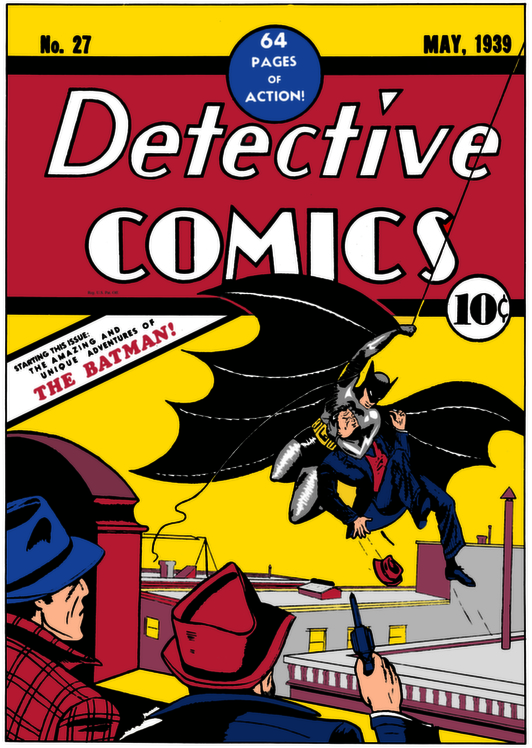 Batman was created in 1939 by Bob Kane and Bill Finger. He first appeared in Detective Comics #27. Credit: DC Entertainment.

As more superhero properties transition into the mainstream, many characters’ origins are retold, rewritten, or condensed for the sake of time. Not so Batman, whose “classic” tale of being violently orphaned is consistent throughout, Rappa said.

But understanding what it is that people find so appealing about Batman is tougher to parse, he said.

“He’s not relatable,” Rappa said. “Most people are told that, over time, you have to incorporate that tragedy into your life and work it out. He’s allowed to use that problem and fixate on it.

“He’s one of those volatile figures that I think people like, and he does things too far,” Rappa said.

Maybe part of the success of Batman is due to the fact that he was conceived as a follow-up to a proven hit, Superman.

That also explains the dichotomy of the characters, Kaitz said. In the wake of Superman’s popularity, Batman emerges first as a foil to his sunny predecessor.

“Batman takes a darker look at everything,” Kaitz said, although even he conceded that after 75 years of stories of assaults, personal tragedies, and losses, “it’s really hard to see them taking [those tales]any darker.

“With some of the older characters, you’re recycling stories,” he said. 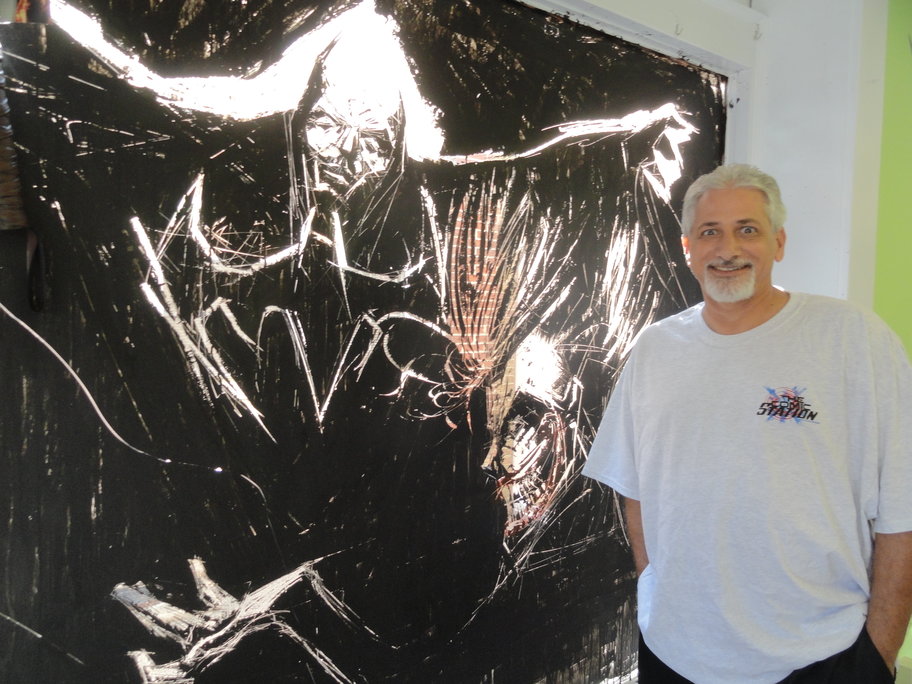 Pop culture expert and journalist Jonathan Elliott believes that Batman’s appeal is wrapped up in three features. The first is his “Everyman” quality.

“[Batman is] a human at the top of his game, trained in body and mind, and powered by passion and circumstances to become an incredible force for good,” Elliott said.

“Under the right conditions, we all like to imagine that maybe we could become the Dark Knight.”

Beneath that, however, Elliott said, the character is “driven by an engine of bottomless grief.”

Even as a child of “extreme privilege,” Bruce Wayne lost “the only things in his life that money can’t buy.” That grief imbues him with “a mythic quality” of sadness that befalls characters in Greek legends, Bible stories, and Dickens, Elliott said. 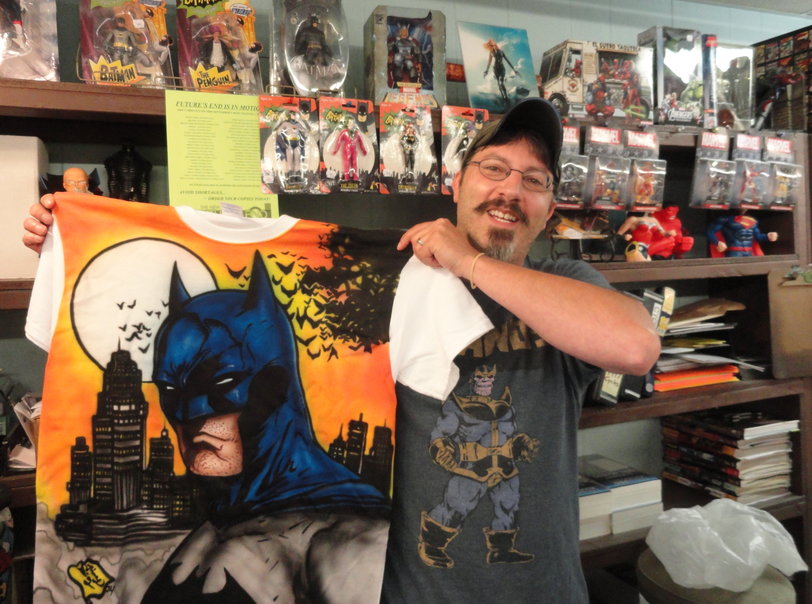 Bruce Wayne can’t bring his parents back, so Batman fights to keep the same sort of tragedy from befalling others, creating a “noble and sort of beautiful” story about “justice and redemption,” Elliott said.

“Whether or not he knows he’s doing it, Bruce Wayne has built himself a family of others who have been hurt in similar ways,” Elliott said.

“Batgirl, Alfred, Commissioner Gordon, and the ten or so youths who’ve called themselves Robin…together, they meaningfully make a difference.”

Rappa says much of the fascination can be chalked up to the costume and gadgets—but don’t discount the bad guys, either.

“I think a lot of it is because he’s got a great rogues gallery,” Rappa said. “The villains he fights are very interesting.”

“You can have access to the world’s most fabulous toys and not worry about it,” he said. “And he always gets to date the super-hot girl.” 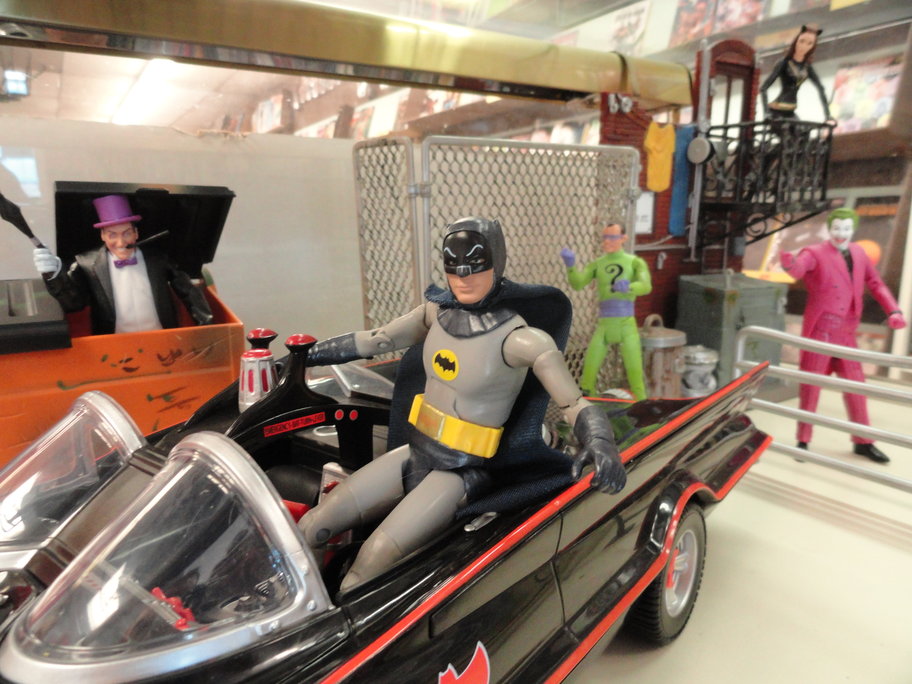 For a character that’s undergone so many incarnations in 75 years, it’s hard for many fans to pick a favorite.

Elliott likes to see Batman in the context of the Justice League, where he’s “this brooding and cerebral guy amidst all these shiny, smiling titans.”

Rappa has a soft spot for the Dark Knight Returns Batman, because “even as an old man, you can see he’s still trying to change things.”

Kaitz’s favorite story is Hush, in no small part due to the artwork of Jim Lee, but he said there’s a Batman for everyone.

“He’s been in so many different books, and the different incarnations are very good; you can pretty much pick up any story and it’s decent,” Kaitz said.

Elliott explains that’s because Batman as a pop icon is “never any one part of the spectrum.

“The Adam West ’66 version is just as vibrant and legit as the Frank Miller grizzled, tank-driving Batman,” he said.

“The permutations are endless, and all relevant.” 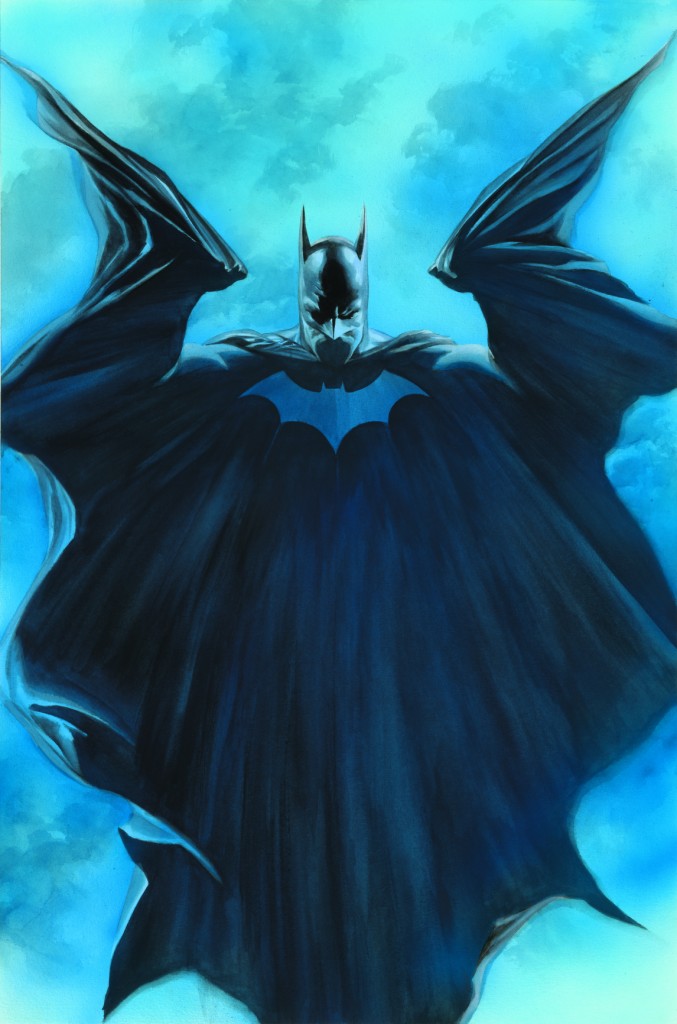 The Comic Station in Haddon Heights is discounting everything in the store by 30 percent through the end of the month. A selection of current comic issues will be sold for 10 cents apiece as a throwback to the cover prices of the 1950s. Bat-makeup will be provided between 11 a.m. and 1 p.m. by Jess Minton.

At Fat Jack’s Comicrypt in Oaklyn, artist Christopher Ivy will be giving away Batman sketches for children 12 and younger. Batman trade paperbacks and DC toys will be discounted by 20 percent, and back issues will be 39 percent off (because the character was created in 1939). For $5, customers can take home a grab bag of five Batman comics. Batman will also be making an in-store appearance.