The former champ’s grandson and the Camden County Historical Society are partnering with the county government to raise a statue in honor of the man who put ‘Jersey’ on his back and toured the world. 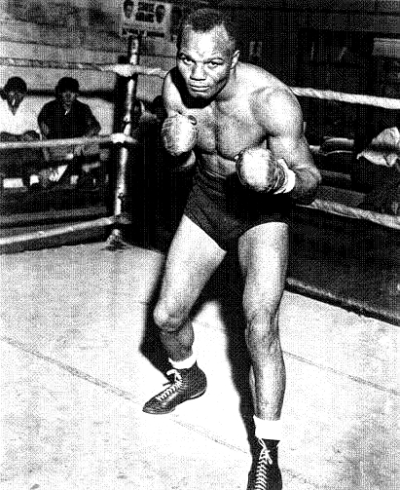 Jersey Joe Walcott in training before the match versus Elmer ‘Violent’ Ray, September 16, 1937. Credit: The Ring.

There’s little debate that Walt Whitman might be the most famous Camden City resident of all time, and the city bears ample remembrances of his legacy.

As for who’s second on that list, Vincent Cream is making the case for his grandfather, Arnold Raymond Cream —the late heavyweight boxing champion better known as Jersey Joe Walcott.

“My grandfather went around the world with the name of his state on his back,” Cream said.

Thanks to a pledge from the Camden County government and the Camden County Historical Society, efforts are in the works to memorialize Jersey Joe in the physical form with a permanent statue on the city’s waterfront.

The monument will cost $185,000 to erect and install; the county government expects that will be offset by donations and a series of fundraisers, said Camden County Freeholder-Director Lou Cappelli. Camden native Carl LeVotch has been tapped to sculpt the work.

Cappelli, an avowed boxing fan, said the project is intended to recognize “a person who is ingrained in the culture of Camden County.

“Not only was ‘Jersey Joe’ a great boxer and champion, he was a great public servant,” Cappelli said. “We’re stepping up our efforts to recognize those individuals who played a major role in the history of Camden County.”

Walcott was the first black sheriff of Camden County, an office he held from 1971-1974. Like the heavyweight title, he came into elected office later in life, and not after first suffering defeats. But in whatever arena he competed, Walcott was remembered as someone who used his achievements not to separate himself from his community, but rather, to strengthen his relationship to it.

“He won the title after he had fought for it four or five times,” said Larry Hazzard, Sr., Director of the New Jersey Athletic Control Board, “and of course, he was the forerunner to George Foreman, because during his era, Jersey Joe was the oldest fighter to win the title back then.

“It was pretty rough for a guy to be as good and as active as Jersey Joe Walcott into his 30s,” said.

Hazzard, Sr. remembered Walcott as “a tremendous fighter” whose footwork was an inspiration to Muhammad Ali (and even to Bruce Lee, Cream said). Walcott was “a master” of the shuffle, the sidestep, and other ring maneuvers, Hazzard, Sr. said.

And Walcott, who was the state boxing commissioner before him, recruited Hazzard, Sr. to the office.

“He turned me professional [as a referee],” Hazzard, Sr. recalled. “It’s not something I was seeking at that time. When he retired, I ended up taking over the job that he had.”

“Obviously, the man had a lot of grit to be able to accomplish what he did, and to be respected and loved by everyone the way that he was, and still is, by those who remember him today,” he said.

Hazzard, Sr. hopes that those casting those virtues in bronze will provide a valuable and visible reminder of Walcott’s example for future generations. Erecting the monument in Camden can provide “positive images of people that look like themselves” to young people in the city, he said.

“That contributes to them wanting to be more than they are,” Hazzard, Sr. said. “You’ve got to try to give them as many positive images to emulate.” 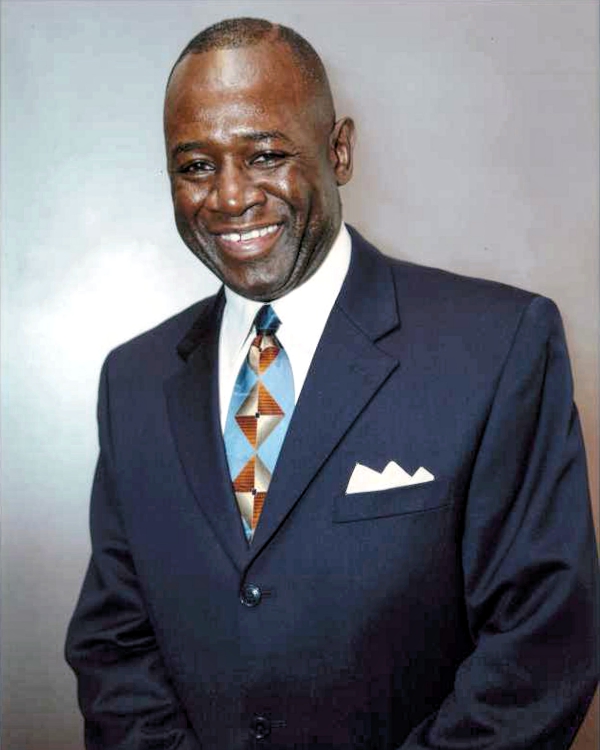 Vincent Cream describes Walcott as “a great and approachable man” who “walked with kings and never lost the common touch.”

From the time he retired in his late 30’s, Walcott “used sports as the tool to keep kids off the streets and redirect them,” Cream said.

Walcott had a habit of running delinquents off the corners in Camden City with the sheer force of his personality alone, he said.

Once, on a trip to get dessert, Cream said his grandfather pulled over the car—with grandkids inside—to bust up drug dealers who were loitering along the way.

“He would walk up, and they would scatter, but there would always be one or two who stayed,” Cream said.

“I remember seeing him put his hand out, and they’d take off their bandannas. He threw them in the gutter, got back in the car—and then we got ice cream.”

When skeptics criticized Walcott’s fitness for the office of sheriff, Cream said his grandfather just leaned into it.

Remembrances of Walcott as a caring grandfather and great-grandfather were fed by his belief that children retained the lessons of their parents, Cream said. It’s a philosophy anchored in a story he told “’til the day he died,” he said.

Born in Pennsauken in 1914, to an immigrant father from St. Thomas in the Dutch West Indies, Walcott was known in the neighborhood for his fast hands. One day while he was taking out the trash, the child overheard his father remark to his mother, “If this boy gets the right chance, he could be a champion of the world.” 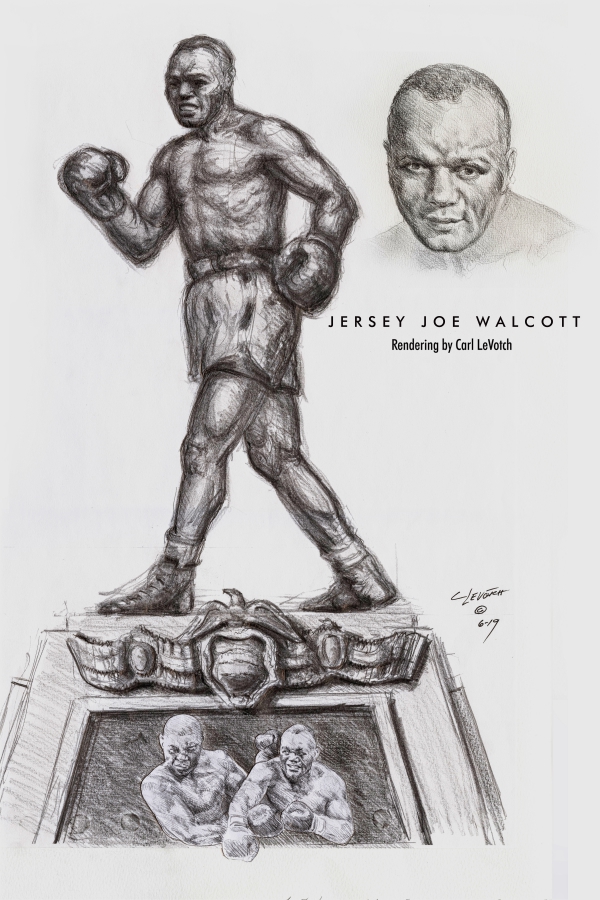 That praise carried him throughout his life, providing a lesson that he passed onto his grandchildren.

“[My father] was talking about me,” Walcott told Cream. “He was saying I could be something.”

“In those moments, my vision was to be sure that he never was forgotten.

“He made people feel like a father makes a child feel,” he said.

“When the statue is raised, and the people are cheering, and the city is not truly identifiable as not just being Camden, the number one city for violence, it’s going to be known as the city with a championship pedigree, and the symbol is going to be my grandfather,” Cream said.

The first fundraiser for the Jersey Joe Walcott memorial will be held September 27 on the Battleship New Jersey. For details, visit the event page.