Haddon Township native Tony Clark and Keg & Kitchen owner Kevin Meeker have plans for a new restaurant they hope will make Philadelphians pay the toll to have dinner on the river’s edge. 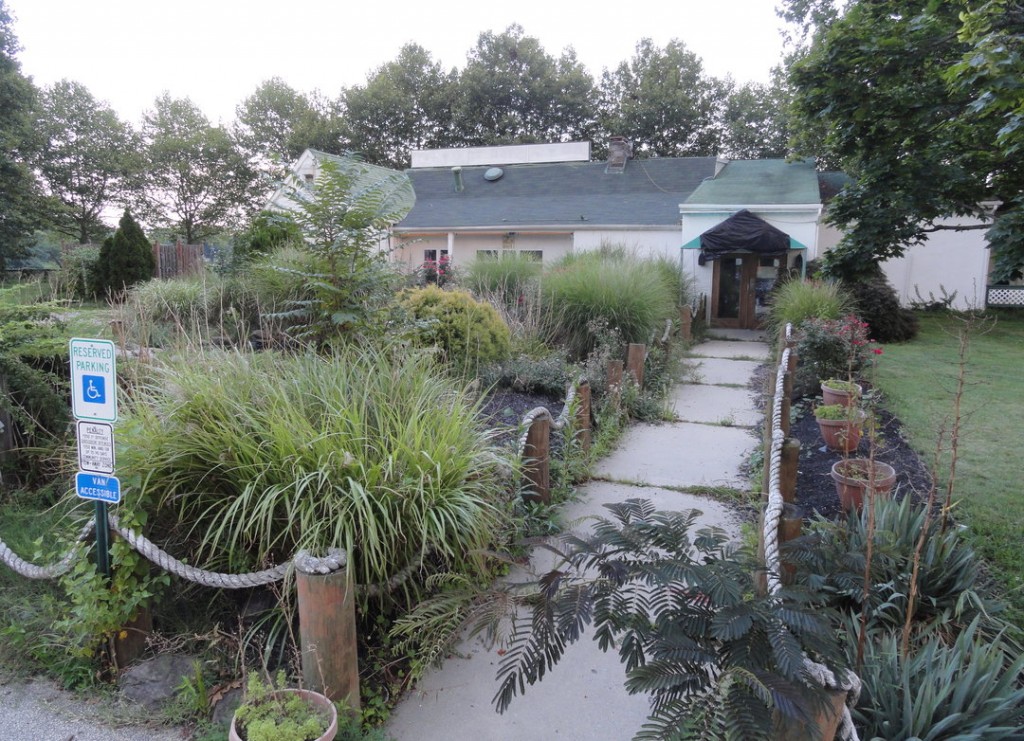 The Lobster Trap, closed since its operator’s death in 2013, will reopen soon under head chef Tony Clark. Credit: Matt Skoufalos.

For his latest project, restaurateur Kevin Meeker has an unbeatable location (the old Lobster Trap property on the banks of the Cooper River) and a renowned chef (Tony Clark, most recently of Valley Forge Casino).

Now all he needs to figure out is what to call the place.

“Naming a restaurant is probably the most difficult thing to do. I remember naming Philadelphia Fish and Company, and over the years I went, ‘Why did I name it that?’”

After 20 years, Meeker figured out that he really did like the name “Philadelphia Fish and Company.” Whatever he decides to dub this latest endeavor, he’s also hoping he’ll have as much time to get comfortable with it.

‘A diamond in the rough’

On Tuesday, the Camden County Freeholders announced that Meeker and Clark would be the latest tenants to occupy the county-owned facility, which has been closed since May 2013 after the passing of operator Tom Delimaris.

Although the property received multiple bids, said Camden County spokesperson Dan Keashen, “Kevin and Tony came to the table with the best management and vision.

“Ultimately, we are working to create a significant asset within the parks system itself,” Keashen said. “There’s a $5 million vision plan being constructed now within the park.”

A new restaurant in place of the defunct Lobster Trap will help in “creating that real sense of place,” he said. 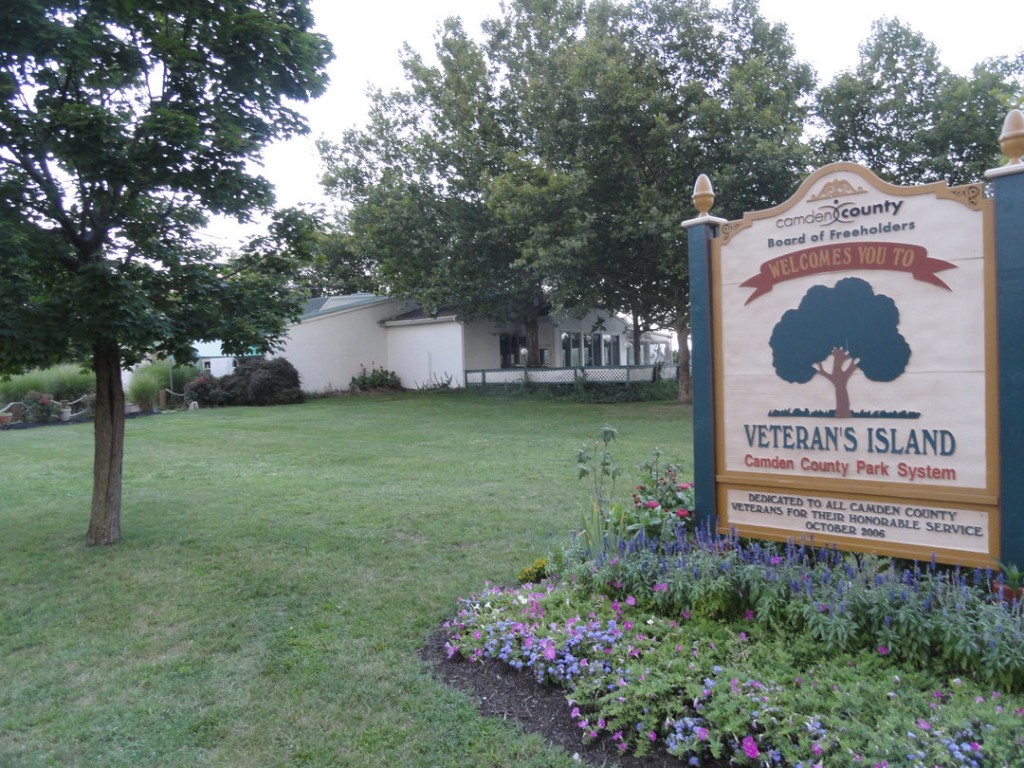 The new Clark and Meeker restaurant will be situated on Veteran’s Island on South Park Drive in Cooper River Park. Credit: Matt Skoufalos.

With about six to eight months of updates ahead of them, Meeker said he and Clark view the space as “a diamond in the rough.”

Inspiration for the concept comes from a 2013 visit to the Riverside Grille in Oak Ridge, TN, which “got me really excited about this project before it was even available,” Meeker said.

“Nowhere else in this area is a restaurant that is right on a world-class rowing river,” he said.

Meeker, who also owns Keg & Kitchen in Haddon Township, said the restaurant will match the Camden County Boathouse in the look and feel of its exterior.

A wrap-around deck will feature windows that will open up to the water when the weather accommodates.

The interior will be “classy and sophisticated” while still maintaining a family feel, he said. Although alcohol will be served, Meeker said he’s staying away from a large bar in the restaurant.

Entrees could range from $18 to $27 per person—“probably a little more expensive than Keg & Kitchen but a lot less than Marc Vetri’s [Osteria],” Meeker said. 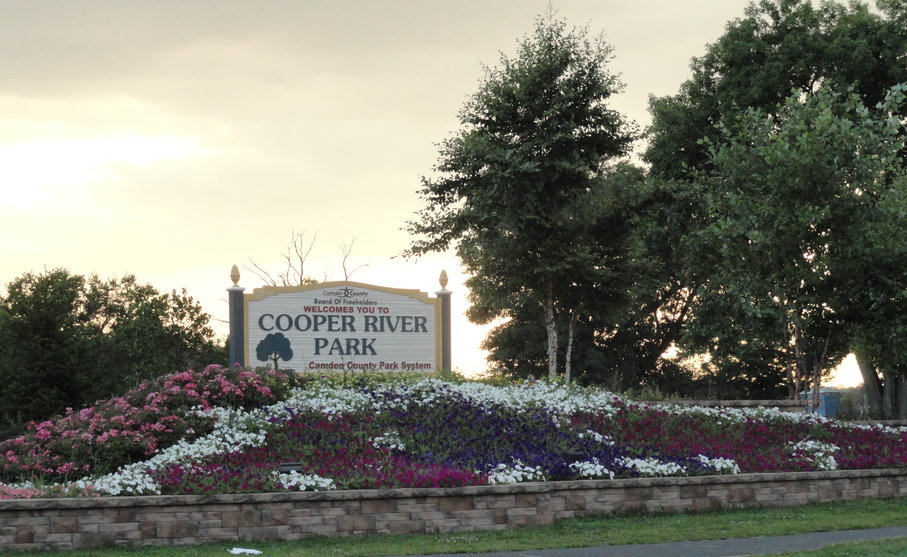 Camden County government officials hope the new riverside restaurant will become a fixture in the multimillion-dollar overhaul of the park. Credit: Matt Skoufalos.

Philly’s turn to pay the toll

Clark, a Haddon Township native, said the Cooper River location represents his first return to cooking in the area “since my Hardees days back in 1980.”

That was also the year Clark graduated nearby Paul VI High School, where, as a wrestler, he would run along North and South Park Drives to cut weight.

Familiar though he was with the view from the footpaths along the road, Clark said it doesn’t compare to that within the restaurant, which he described as “something you look at and go, ‘God, it’s killer.’

“The view is amazing,” he said. “Insane. The inside has to compliment that.”

A father of five who resides in the Fairmount section of Philadelphia, Clark said he wants the restaurant to be “something fantastic” to lure his neighbors from across the bridge.

Clark, who’s cooked in eight restaurants, including the Four Seasons in Philadelphia and The Old Grange in Cape May, described the Cooper River site as an opportunity to help elevate the profile of the South Jersey dining scene.

“I’ve been waiting for this moment all my life,” he said.

Clark said the fare will walk a line between being healthier as well as pleasing to younger palates, and said he would be “looking at a pizza oven like Vetri does in Philadelphia.” He described his kitchens as being full of “passionate cooks” whose “game is on at all times.

“We look over every single dish,” Clark said.

But he still doesn’t know what the place will be called yet.

“Naming the restaurant, I think that’s gonna be a brawl,” Clark joked. “I would love to call it ‘Jersey Girl’ because I’m a huge Springsteen fan.”