The family restaurant celebrates the traditional recipes of Puebla and Mexico City while also preparing American-style fusion dishes in a colorful atmosphere. 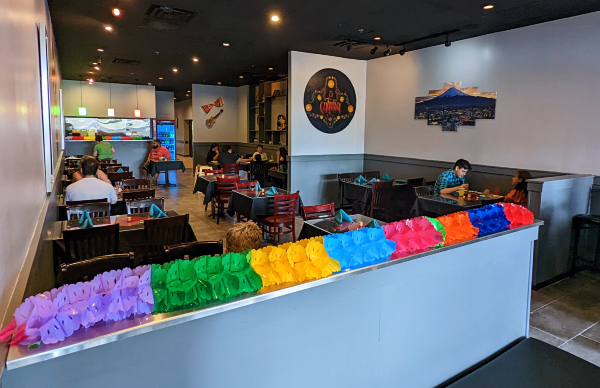 In Mexico, the image of La Calavera Catrina is a 110-year-old cultural symbol popularly associated with the Day of the Dead celebrations.

First depicted in a political cartoon by José Guadalupe Posada, La Catrina was conceived as a critique of the European aristocracy with which the artist felt the Mexican government of his time was too fascinated.

In the decades after the Mexican revolution that followed, however, the elegant skeletal lady became inexorably intertwined with Dia De Los Muertos, the festival celebrating the connection between the living and their deceased ancestors.

Today, La Catrina is an enduring symbol of Mexican culture, and one of the most popular depictions of a holiday that emphasizes family lineage.

So when Maria Palillero first set foot into 655 Haddon Avenue in Collingswood, where her family was preparing to open a Mexican restaurant, “La Catrina” was the name that came to her immediately.

“When I saw the place, that was the first thing that came to my head,” she said.

The kitchen is headed up by Palillero’s sister, chef Gloria Palillero of Woodlynne, and Maria’s husband, chef Geovanni Farfan-Perez. In just a few short weeks of operating, they’ve begun to showcase authentic Mexican recipes to a welcoming local audience.

“We enjoy cooking, and I’m happy when people like the food,” Farfan-Perez said. 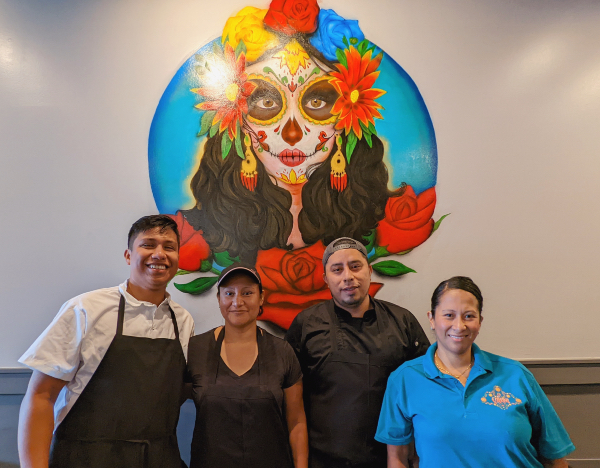 Gloria Palillero, who spent a decade cooking in Philadelphia restaurants, found early encouragement of her culinary perspective in staff meals for the kitchens where she labored.

As the family began to consider opening its own place, an opportunity to set up shop closer to home felt like the perfect fit.

“I’ve worked 10 years in a restaurant, and I feel like we can run our own restaurant,” Gloria Palillero said.

“We try to show the neighborhood that we’ve got real authentic Mexican food.”

Like its namesake, the menu at La Catrina features dishes that harken back to the flavors of Puebla, Mexico, Gloria Palillero’s hometown, which is known for its flavorful, complex sauces like mole, pipian, and adobo.

There’s also nods to Mexico City, from which Farfan-Perez hails, in dishes like tacos campechano, which blend steak and sausage; and huarache, a tortilla stuffed with refried beans, cactus salad, salsa, cheese, and sour cream.

La Catrina also delves into fusion recipes, like the ribeye a la catrina: a 10-ounce steak with guajillo sauce and grilled shrimp, served with sautéed peppers, onions, mushrooms, and rice and beans. Desserts include churros, flan, and brownies.

“We try to do authentic Mexican food and at the same time, think what American people will like,” Farfan-Perez said. “You’re having a taste of two different places.”

If the concept takes off, La Catrina could grow beyond its initial location. Gloria Palillero’s son, Jose Medina, said the family has dreams “of having more restaurants, expanding; being known to represent something great.”

The more the family continues to find its audience, the closer that dream comes to reality.