Larry Forstein, the long-time counter man at Di Vello’s Deli, is making his own go of it on Haddon Avenue.

For years, Larry Forstein’s was the friendly voice that greeted customers at Di Vello’s Deli in Cherry Hill. The upbeat counterman was the familiar face of a sandwich shop that had entertained residents for more than three decades, until a sudden tragedy forced its doors shut in November 2014.

Forstein chugged right along in the wake of its closing, operating a private catering service out of a Moorestown commissary for some months.

It turned out, however, that he was missed more than even he’d realized.

Amid frequent shopping trips to the Haddonfield Acme, Forstein said he kept hearing from workers in the produce section that someone was asking after him; looking for “the guy who ran Di Vello’s.” Finally, he connected with Ronald DiPetro, owner of the property at 26 South Haddon Avenue, and together, they opened the doors of Larry’s Deli.

Although the hourly investment has jumped astronomically from his days as a caterer, Forstein said he couldn’t be happier to be back in the public eye. He’s hoping his customers will feel the same.

“This is my forte,” Forstein said. “I enjoy talking to people.

“Most places when you go in, no one knows anything about you,” he said. “I look at customers as one happy family. Over the years, I’ve watched people who were children now have children. I’ve learned to make everybody here as one family. ” 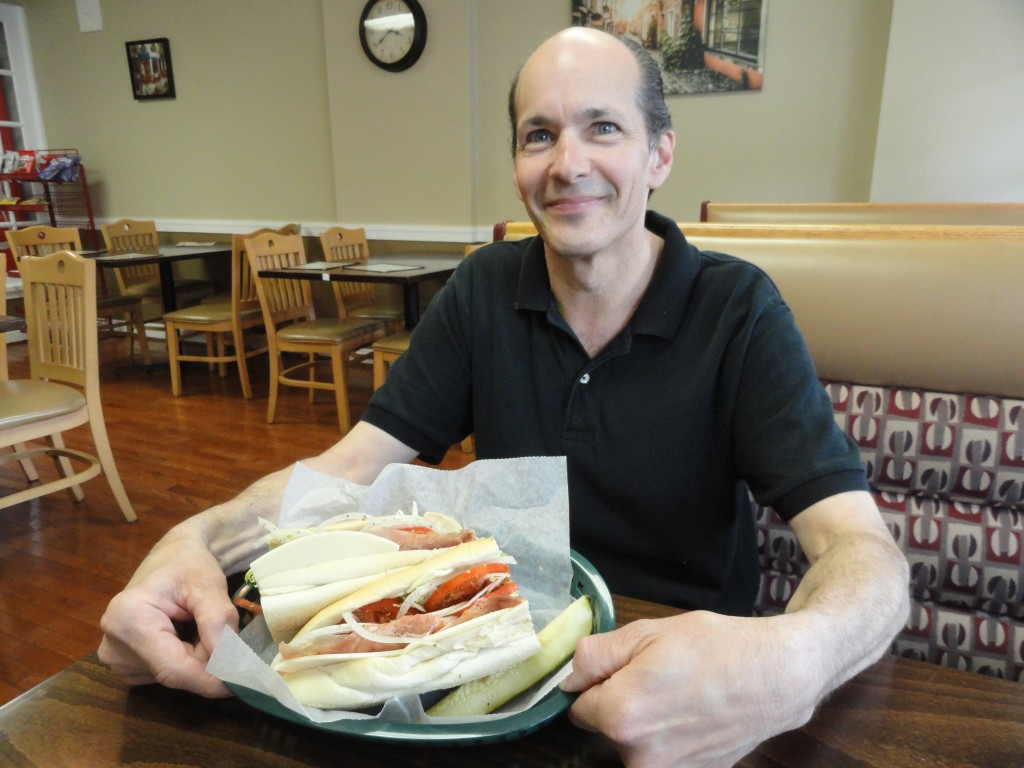 Despite enjoying that warm familiarity, Forstein takes nothing for granted.

In a town with several well-patronized sandwich shops—and in a building that has historically seen lots of turnover—he is hustling to get the word out about his new enterprise, and sweetening the deal with competitive pricing, free delivery, and all-day specials.

At dinner (5 to 8 p.m. Monday through Saturday), those same sandwiches return to full price ($7.99), but include chips and a drink.

“No matter how big of a following I have, you still need customers,” Forstein said. “It doesn’t matter how good your food is.”

After so many years, Forstein knows that many customers will forever connect him with the deli up the street. All he can do, he said, is focus on giving Larry’s Deli its own identity.

“It’s a matter of trying to get the word out more,” he said. “Out of the seven weeks I’ve been here, I’ve seen nothing but repeat business.

“If you stay focused, if you keep staying forward, you come to the light [at the end of the tunnel,” Forstein said; “as long as you’re doing everything right, putting out the best product you can put out.”