Trending
You are at:Home»Business»Lidl Grocery Store Approved for Cherry Hill

The German discount supermarket chain plans to break ground on the site early next year for a summer 2018 opening. 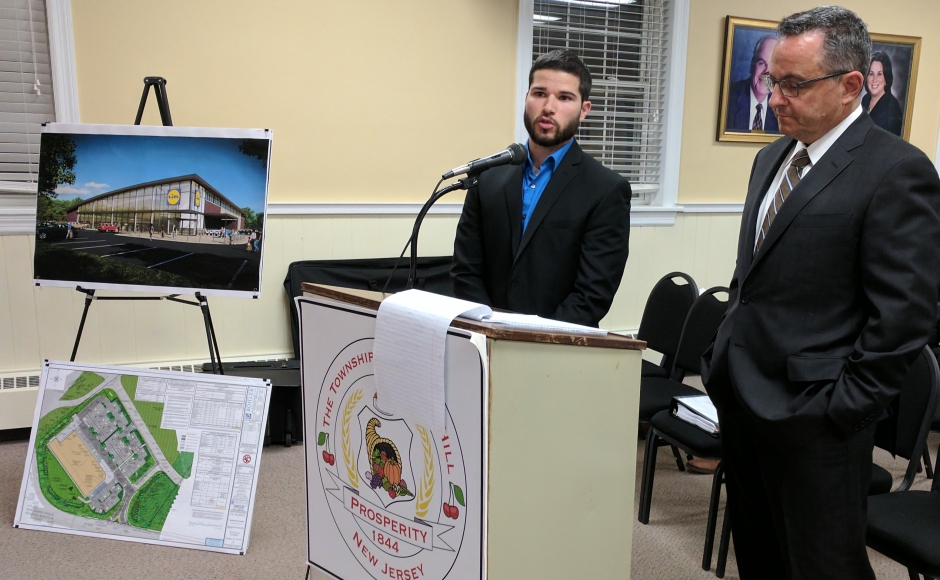 Grocery chain Lidl is headed for Cherry Hill in 2018, as the German retailer expands its 10,000-store, 27-country footprint deeper into the United States.

The fourth-largest retailer in the world, Lidl (pronounced LEE-dul), was cleared to build its first store at 400 Route 38 by a unanimous vote of the township planning board Monday night.

The 36,000 square-foot market will be built on a vacant parcel framed by Cuthbert Boulevard, Hampton Road, and the westbound side of Route 38, not far off from the site of a planned apartment complex redevelopment that was also cleared earlier this year.

Patrick Lyons, Development Manager for Lidl US, said the grocery chain comprises “95 percent” private-label products of its own design, which allows it to control costs and manage logistics via internal distribution channels. The Cherry Hill store would be supplied by a hub in Cecil County, Maryland, with deliveries limited to off-peak hours. 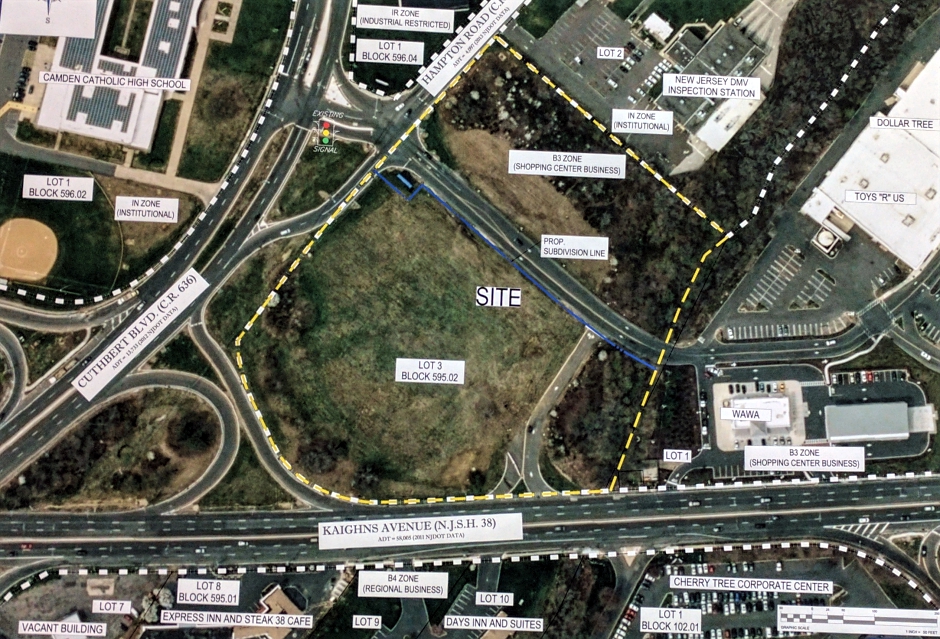 Satellite imagery of the parcel at 400 Route 38 were Lidl will construct its first Cherry Hill store. Credit: Matt Skoufalos.

The building itself is a new prototype the retailer designed especially for the U.S. market.

Its two-story glass façade is framed by a curved roof, contrasting brick and stucco elements, and offset in the front by decorative, stainless steel bollards.

It will feature a single, building-adjacent, covered shopping cart corral with a proprietary cart-return mechanism.

The plans offer parking for 163 vehicles and six bicycles, plus various sidewalk connections from Camden Catholic, Wawa, and along Route 38.

Lyons said the market will add an estimated 30 to 35 new local jobs.

The 9-acre site includes a 3.3-acre subdivision that preserves an open-space plan accounting for nearly a third of its total area. The Lidl lot will include “expansive landscaping,” with street trees, shade trees, parking screening, and buffers along the eastern, wooded area of the property, said engineer Ben Crowder of the Warren, New Jersey-based Bohler Engineering. 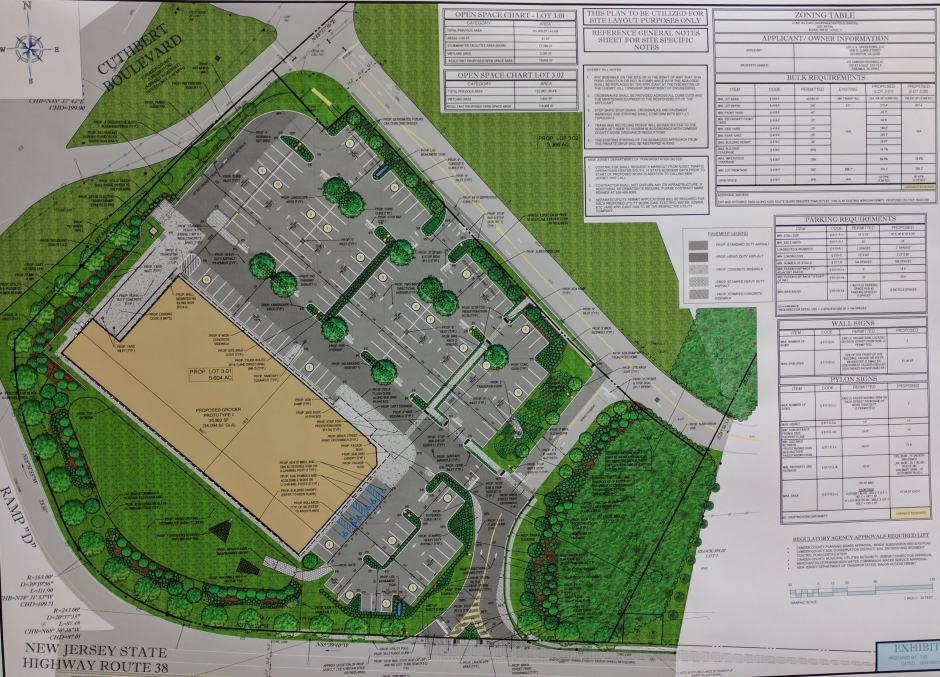 “Our desire is to preserve the eastern portion of the site, enhance it with a planting bed, and keep these areas as seeded lawn,” Crowder said.

The design calls for more than 3,300 new plantings, including almost 900 shrubs, which will account for 12.2 percent of the total site area.

Lidl also plans to construct an aboveground stormwater retention basin on the site that Crowder said will be landscaped with evergreen clusters and decorative flower beds.

The first Lidl store expected to come online in South Jersey is due to open in Vineland sometime next year, Lyons said.