Trending
You are at:Home»People»Love and Mourning at Collingswood Vigil for Orlando Shooting Victims

In remembering the victims of Sunday’s shooting in Orlando, the community delivered a message of unity and support. 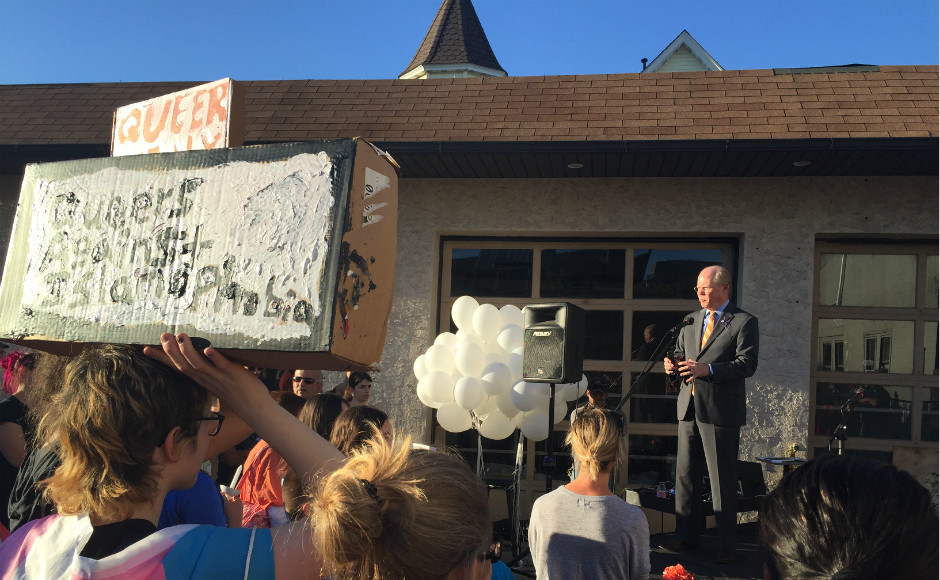 Collingswood Mayor Jim Maley speaks at a vigil for the victims of the Orlando nightclub shooting. Credit: Abby Schreiber.

When New Jersey legalized same-sex marriage in 2013, Collingswood Mayor Jim Maley was among the first government officials in the state to immediately preside over a whirlwind slate of weddings.

On Tuesday, as the borough publicly mourned the victims of Sunday’s mass shooting at a gay nightclub in Orlando, Maley said Collingswood would again continue to be “what the town has always been” to the LGBTQ community: a closely knit, inclusive, and accepting place.

Dozens of people filled the municipal mini-lot at the corner of Haddon and Woodlawn Avenues, gathered in grief, seeking solidarity, and reminding one another that legal equality is not a guarantee of protection from violence.

PFLAG Collingswood Vice-President Jim DeSimone said that his organization often points to the social gains of the past few years when looking to comfort parents who are “learning how to support and accept their children’s gender identities.

“We often say, ‘It’s okay. We’re more accepted now. We have laws that protect us. Your child will be fine,’” DeSimone said. “But I know that fear never leaves a parent’s mind. 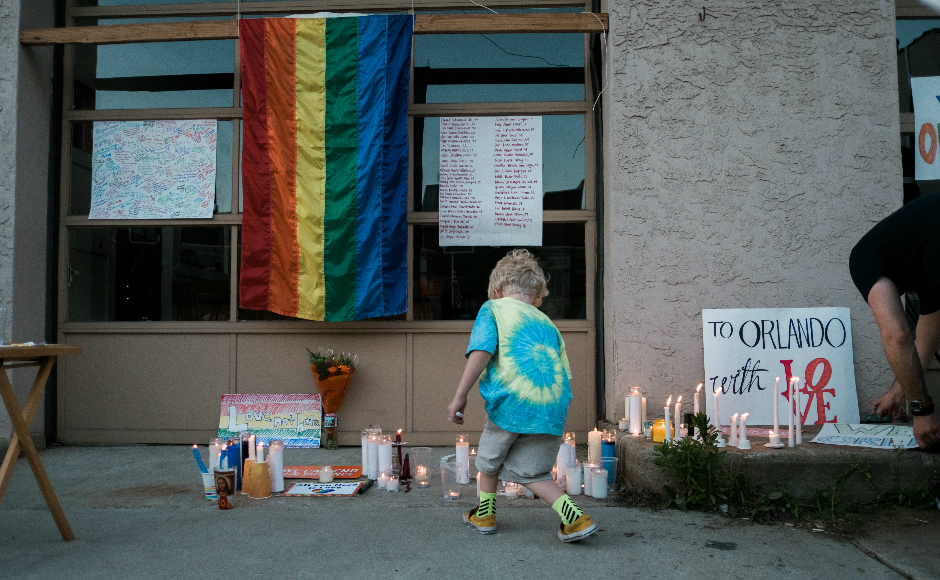 A child lights a candle at a vigil for victims of the Orlando nightclub shooting in Collingswood. Credit: Tricia Burrough.

“I can only imagine the fear our parents, relatives and friends felt after learning of the massacre at Pulse Nightclub in Orlando on Sunday morning,” he said.

“As one of our parent members emailed yesterday: ‘Our kids could have been there.’”

DeSimone asked those gathered to help spread a message about “the dignity of LGBTQ people” to “ensure that everyone’s life is deemed valuable.

“We are heading in the right direction, but Sunday’s tragedy is a reminder that we are not yet there,” he said.

The vigil began with a word—“Love”—sung by Sara O’Brien of Community Rocks in neighboring Oaklyn, repeated by the crowd, and echoing down Haddon Avenue, and love was the dominant emotion underneath the gathering.

Collingswood resident Brian McGinnis felt a solidarity in the atmosphere.

“This happened in Orlando, but it could’ve happened anywhere, to any of us,” he said. “It won’t change unless we take a stand.”

“It’s a scary time to be alive,” said Kait O’Loughlin of Collingswood. “There’s been a lot of conservative reaction to the advances that have been made for queer and trans people over the last 20 years, and the pendulum is swinging the opposite way.”

“As the [total deaths]count went up, I just felt more and more overwhelmed,” said Bryan Wood of West Deptford. “And, you know, just sad.” 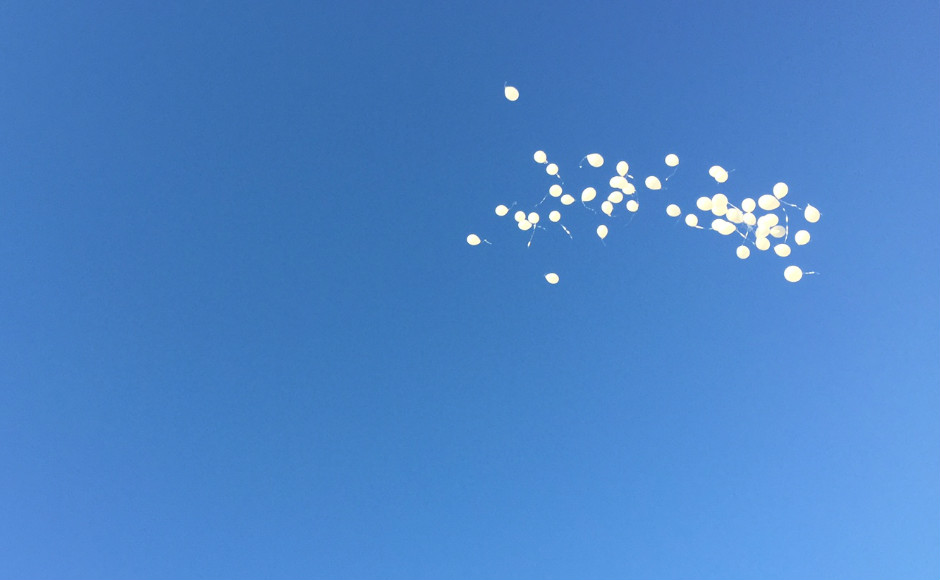 Balloons released in honor of the 49 victims of the Orlando nightclub shooting. Credit: Abby Schreiber.

Salon Verde owner Kevin Gatto, who organized the event with Grooveground owner Mike Snyder, said the gathering felt necessary to help provide a focus for transforming the energy around the tragedy from fear into support.

“Let’s just move on as a people,” Snyder said. “Love your neighbor, accept your neighbor; just stop and love.”

Forty-nine white balloons were released above Haddon Avenue and the names of the 49 victims of the shooting were read aloud, somberly. Beyond a moment of silence for their deaths and the candles lit in memory of their lives, Diana Trasatti of Moms Demand Action for Gun Sense in America urged those in attendance to carry the feelings of the evening with them.

“Remembering the victims does not end at this gathering,” Trasatti said. “Every day, we have the opportunity to choose love.”