Trending
You are at:Home»People»#LoveMustWin in Collingswood

As the U.S. Supreme Court prepares to hear arguments on same-sex marriage, the borough joins a national show of solidarity for gay rights. 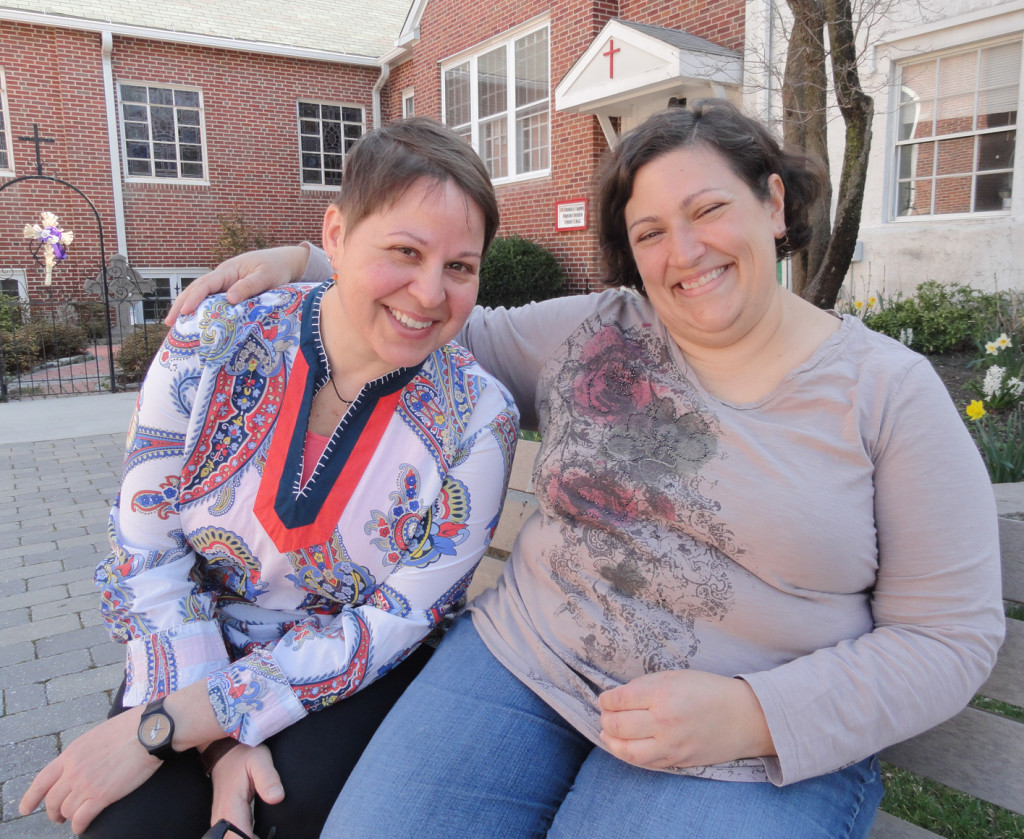 Two years after Liz Braden and Denine Gorniak relocated from Pennsylvania to Collingswood, they’re finally ready to tie the knot.

Although New Jersey civil union laws would have offered some immediate protections for their 16-year relationship and their five-year-old son, Braden and Gorniak were waiting until they could officially be married, rather than union-ized.

“We’ve been doing small steps to legalize our union,” Gorniak said. “[Our son] is biologically Liz’s, and I legally adopted him.”

But even when a state court ruling legalized same-sex marriage and Collingswood’s Scottish Rite Ballroom turned into a Vegas wedding chapel, as Mayor James Maley joked at the time, the couple didn’t join their peers in jumping the broom as quickly as possible.

“[The ruling] was a little bit by surprise,” Braden said. “There’s something very lovely about that ‘let’s do it now’ [feeling], but we wanted to wait and do it how we wanted to do it.”

Living in a borough like Collingswood, well-known for its inclusive community, made the choice easier, the two said.

“We’re just two people who love each other and who want to get married who just happen to be gay,” Braden said. “The more people who see that as normal, the more accepted it is. It’s not some scary, abstract thing.

“My gay agenda is ‘Can someone else please take the trash out?’” she said. 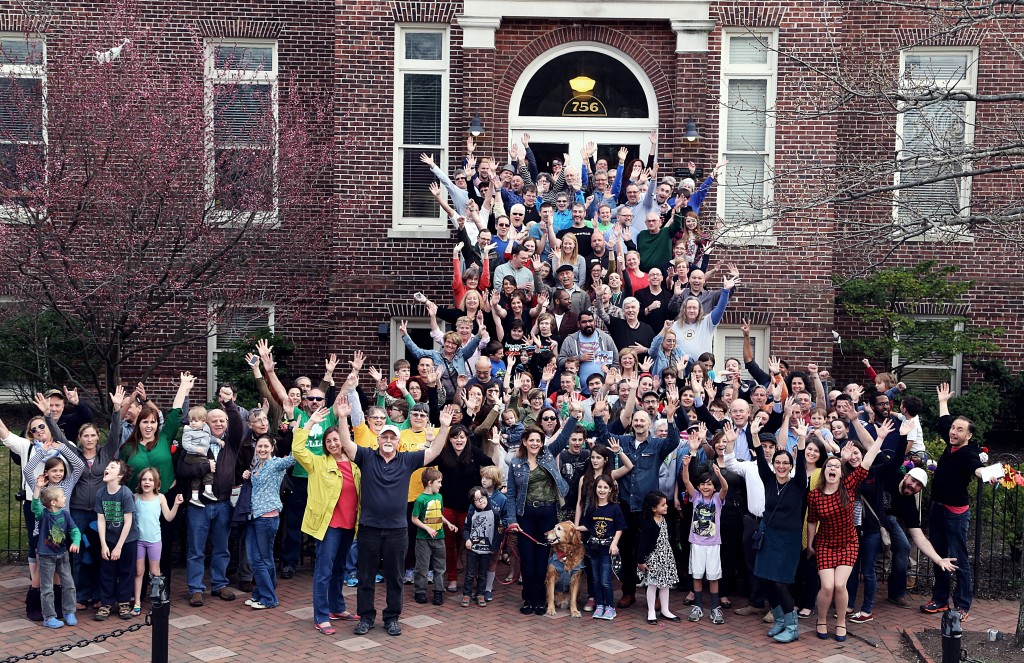 As a testament to the value of the normalcy of that outlook in Collingswood (or the honesty of that domestic struggle), some 150 of Braden’s and Gorniak’s neighbors gathered for a public show of support for same-sex marriage Wednesday evening.

In advance of oral arguments on same-sex marriage set to be heard by the U.S. Supreme Court April 28, the borough participated in a national social media campaign called #LoveMustWin, designed to show support for the cause. 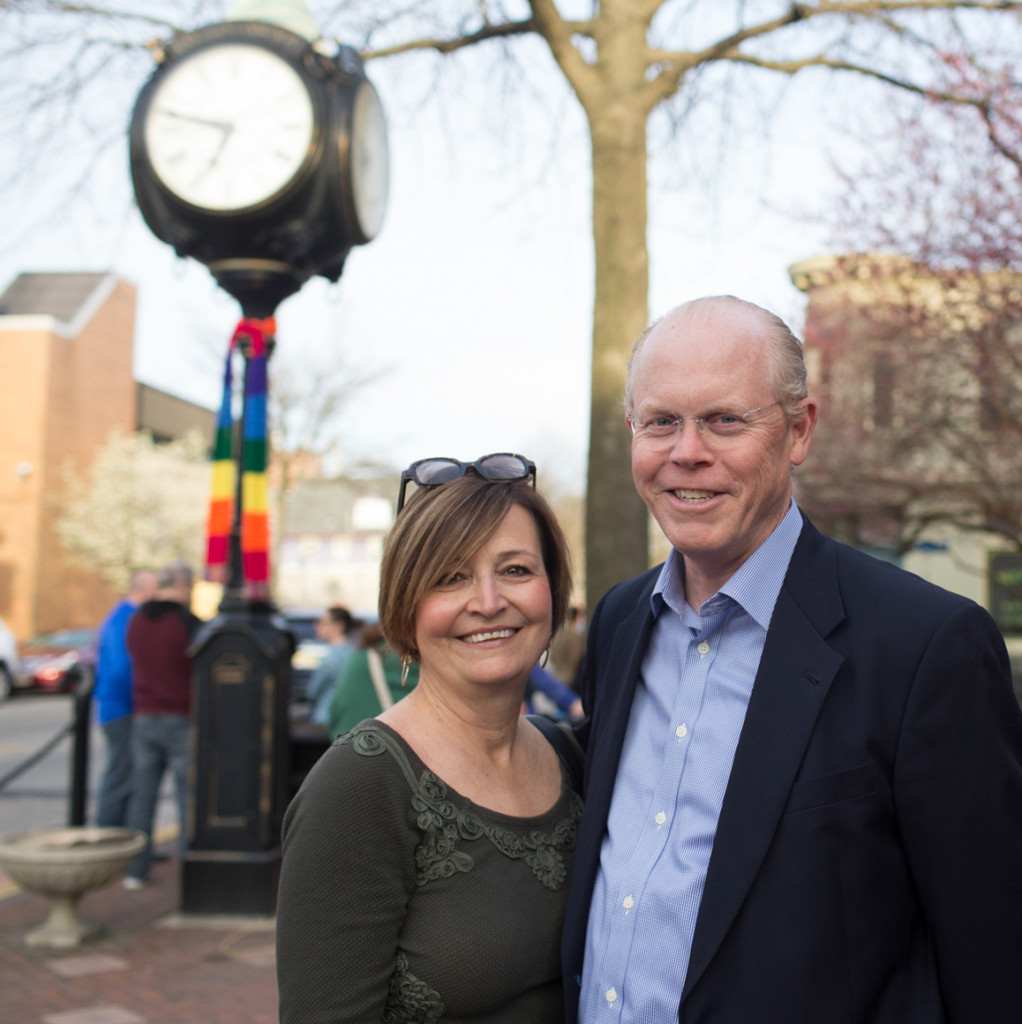 “It’s great to have everybody out for a family picture,” said Collingswood Mayor James Maley, a long-time advocate for same-sex marriage and a signatory of the Mayors for Freedom to Marry open letter.

Resident Rob Lewandowski called the event “a real-life ‘like’ button”; an apt description for a social media awareness campaign.

“It’s a wonderful opportunity for Collingswood to vote with its feet, to show that everyone is very welcome and will be supported in this town,” Lewandowski said.

Collingswood is “so diverse in every sense of the word,” said resident Tara Faupel, adding that the event shows family and friends “that we love them.”

Resident Tom Miller and his husband, John Baker, have been together for 28 years, only officially married for three of them.

The pair tied the knot in that spate of weddings at the Scottish Rite in October 2013.

“We’re really excited to see all the support from the community,” Miller said. “It’s nice to feel welcome.” 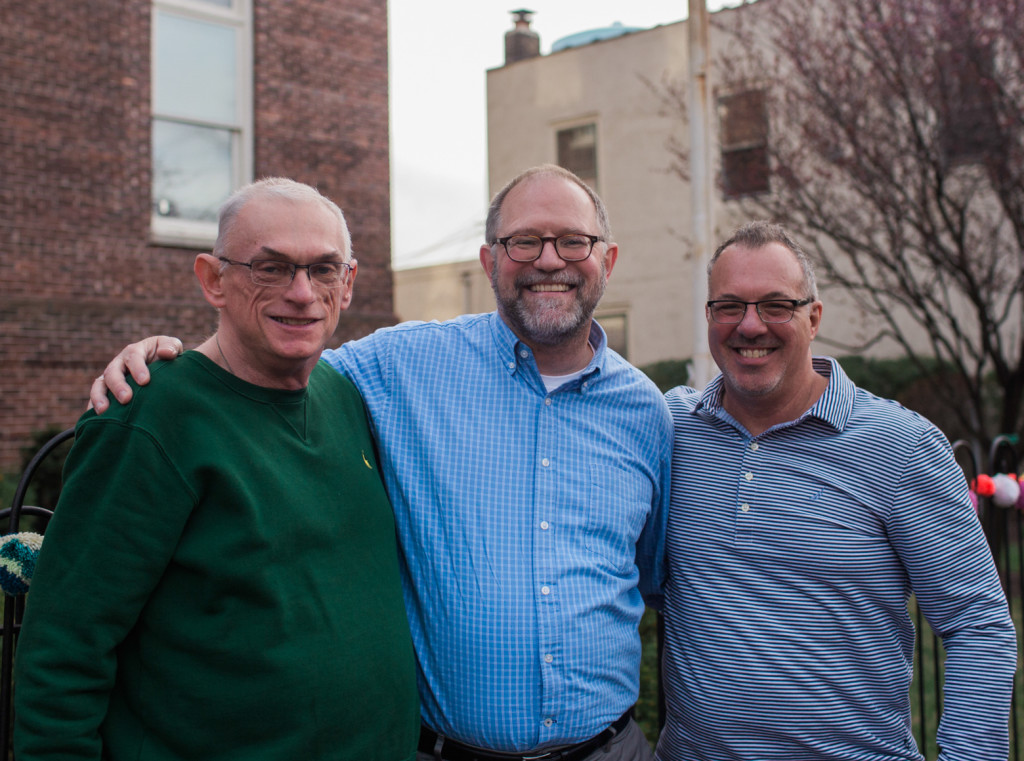 Baker said that the solidarity expressed by the photograph shows “that we stand for what we need.

“Collingswood is like a family,” he said. “There are good people in this community.”

Resident Robb C. Sewell-Wolff, who had testified before a New Jersey senate hearing  on the subject of same-sex marriage when the issue was before the state legislature, said that the atmosphere was “a reversal” of public reaction.

At those panels, Sewell-Wolff said he listened to people saying “that we should be put to death for our sexual orientation.”

In Collingswood, the contrast was “overpowering.

“I was so touched coming here today, seeing people from all backgrounds; kids, too,” he said.

“Seeing support for this from all across the country in so many ways…it’s time.”