Trending
You are at:Home»Business»Ludovico’s Haddonfield Deli Shuts Down After 10 Years, Citing Lack of Help

Larry and Roxy Maggio say business at their delicatessen was strong, but a lack of available workers has forced them to close their doors for good. 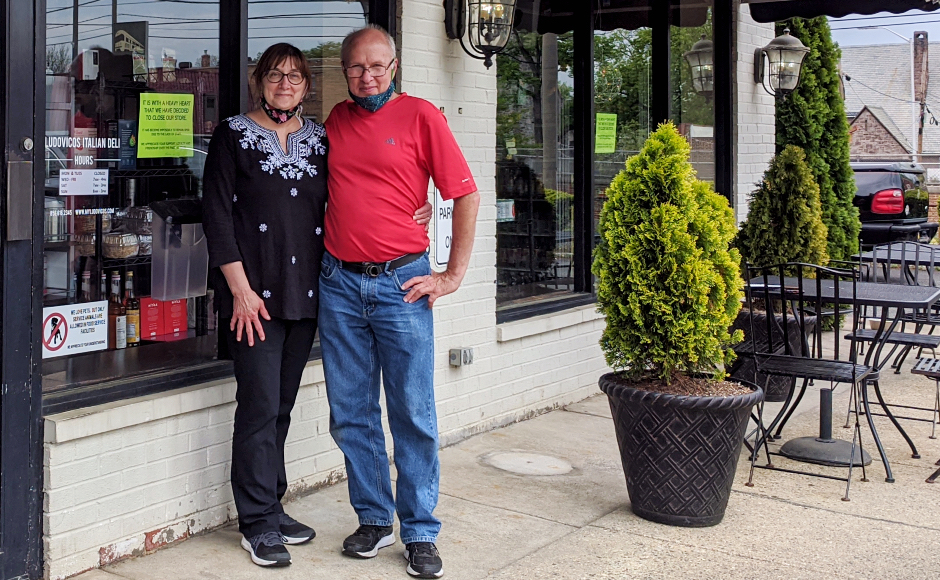 Just a few hours after announcing its closure, Larry and Roxy Maggio stood outside Ludovico’s, the Haddonfield delicatessen they’d operated for a decade, receiving condolences from a steady stream of customers.

The Maggios are used to long hours—most of their days began before 5 a.m., and ended after the shop closed at 7 p.m.—but even with the lights out inside the business, Thursday felt like it would be a long one.

She confessed to feeling “a lot of anger, because the only reason that we have to close is we can’t find people to work.

“Everybody came back from when we were closed; we just need more,” Roxy Maggio said. “We’re not closing due to lack of business.”

It’s a common refrain among proprietors of food businesses of all types, from pizzerias to fine dining establishments: the economic landscape for the food business has shifted during the novel coronavirus (COVID-19) pandemic.

Although the Maggios have enjoyed some of the economic support available for small business owners during the past year, they are also critical of the benefits paid out to people they believe would have otherwise taken on some of the work needed to sustain the shop.

“People really need to understand what it’s like to be in food service,” Roxy Maggio said. “It’s hard work, long hours, and food service is probably low on the pay scale.

Larry Maggio also pointed to pressures from sharply increasing ingredient costs (chicken prices, for example, have doubled in the past month alone, he said), as food producers operate at diminished staffing capacities. 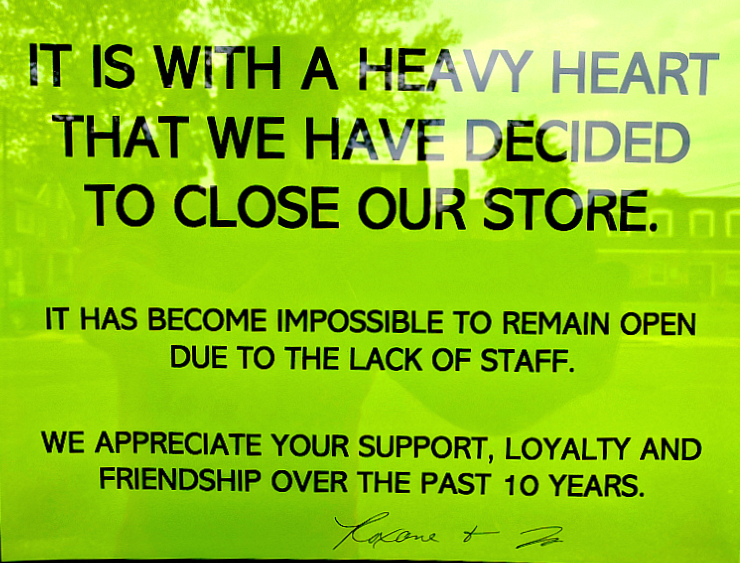 For a man who’s always been in the food business—his family established the Maggio cheese company more than 100 years ago—he’s used to long hours as a component of quality control.

But a decade of 90-hour work weeks, compounded by a daily commute to and from Yardley, Pennsylvania, have started to add up.

“In this type of business, to keep it successful, you’ve got to be hands-on,” Larry Maggio said.

“One of us was always here.”

Named for the original owner of the specialty market, the Maggios took over the storefront from Don and Dave Sozio in 2010. Ludovico’s thrived for more than a decade at 9 King’s Highway West because the couple forged first-name relationships with guests who returned, day after day.

“I’m really proud of what we built over the past 10 years, and the support and loyalty and friendship of our customers,” Roxy Maggio said. “It’s very heartwarming.”

“I think it’s the whole atmosphere we’ve created,” Larry Maggio said, “of [being] family-friendly; knowing what people want when they come in. Working in a small town, everybody knows everybody.”

Those personal connections that had fueled their business for the past decade also motivated the Maggios to receive their regulars on the patio outside the storefront the day they announced its shutdown.

“We wanted to tell our customers in person,” Roxy Maggio said. “We feel more connected to our customers than locking the door and putting the sign up.

“I feel good about what we’re doing because it’s the only thing we can do,” she said. “Talking to our customers and hearing their well-wishes, it’s been hard. They’ve become our family.”

The Maggios are hopeful that another operator will take over their lease, which runs through the fall, either to continue operating as Ludovico’s, or to replace it with something else.

“It would be great for them to take it the way it is,” she said. “I would hate to see an empty building.”

As for themselves, the couple plans to take a few months off before deciding what’s next.

“We’re not going to do something on our own,” Larry Maggio said. “We’ll look to work for somebody else.”