Trending
You are at:Home»Government»Collingswood»Making the Case for Downtown Microbreweries in South Jersey

Eli Facchinei thinks his microbrewery concept would fit with the business district in downtown Collingswood, but a change in zoning law could mean he’ll have to shop his idea elsewhere. 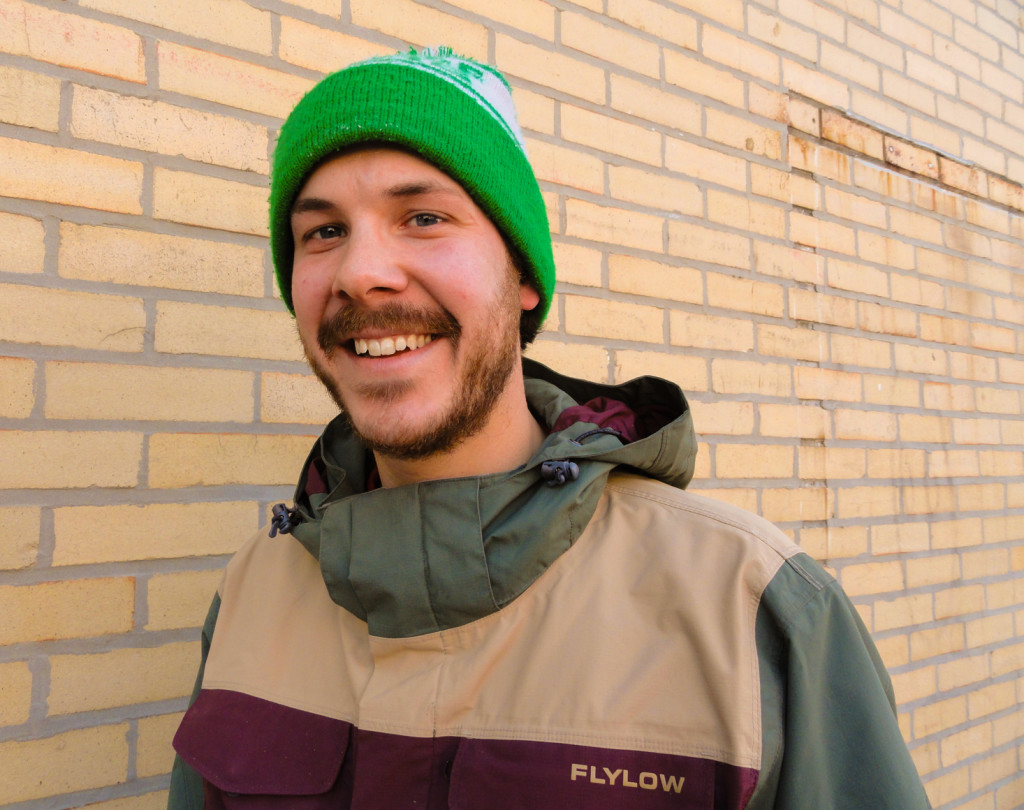 During his time in Colorado, Eli Facchinei watched the microbrew business explode from a tiny cottage industry into a full-fledged beer boom.

With more than 200 breweries in a state that has only 60 percent of the population of New Jersey, Facchinei thought he could bring that culture back east with him, along with the commercial brewing skills he’d acquired at the Telluride Brewing Company, and set up shop for himself.

But after 10 months of false starts in places like Atco, Gibbsboro, and Glassboro, Facchinei discovered that the path from imagination to execution was fraught with stumbling blocks.

“It’s been tough finding the right place that fits my vision,” Facchinei said.

“The licensing processes, getting a location and buying equipment; you have to line it all up to get it to go at once. It’s been more difficult than I thought.”

Facchinei envisions his brewery as an extension of the community; a carryover of traditions in Colorado, where microbreweries prioritize civic outreach, environmental cleanup, and charity drives as highly as their craft.

“You see that a lot of these towns have these downtown areas, and they’re lacking a little development,” he said. “A brewery comes in and gives people a place to gather, and community develops around that.”

In searching for communities that share those values, Facchinei took his concept to Collingswood, where he thought he’d found a match. But Facchinei soon discovered that the borough didn’t exactly see itself as a good fit for his plan.

Collingswood Mayor James Maley said the ordinance was drawn up in response to business inquiries from “people looking to open these breweries with bars that now don’t require liquor licenses,” and described it as closing a loophole in Collingswood zoning law.

“For right now, we’re just putting something on the books so that it doesn’t happen by accident,” Maley said. “Not that we’re totally against them—there may be spots that make sense—but with our zoning it could go anywhere.

“If it’s going to happen we want it to be a conscious decision, not because our laws didn’t address it,” he said.

The mayor added that he would “need a whole lot of convincing” in order to get behind the notion of bringing a microbrewery into Collingswood, which has developed a reputation for the BYO restaurant scene that drives its downtown business district.

“I’m not a big fan of this it’s-a-bar-but-it’s-a-really-cool bar,” Maley said. “Any of the ideas that would bring booze into the restaurants, my worry is that we have a really good thing going right now, and why would we want to change it? I think bringing something into one place affects the balance.” 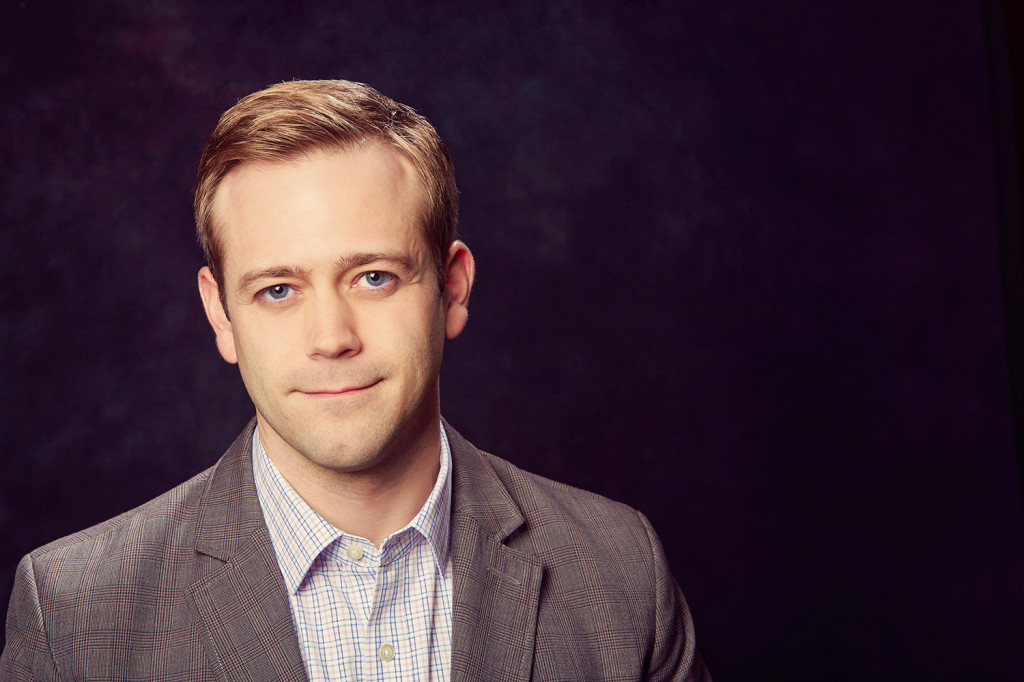 As a next phase of that outgrowth, Buganski believes that craft breweries also can help connect the dots to local retail and dining in small downtowns.

He cited the success of the recent Uncorked event that brought local wineries into historically dry Haddonfield as proof of the concept.

“A lot of times [craft brewers]locate in industrial parks because that’s where there’s space to set up shop for them,” Buganski said.

“It doesn’t keep you from having a beautiful tasting room and a nice experience, but it does prevent you from easily connecting with the downtown restaurants and shopping, which is what we’ve been after.”

Instead of detracting from the local restaurant scene, Buganski said the state laws that keep food from being served onsite at New Jersey craft breweries, which sell package goods, actually benefit BYO eateries.

“You can’t serve food at these establishments, [and]the environment’s not really conducive to sitting around all day like you would at a bar,” he said. “You kind of come in there, you try out what’s new that week, and then you move along.”

Buganski cites nano-brewery Village Idiot Brewing Company, which took over a deserted tavern in the Mt. Holly business district and helped revitalize the surrounding area, as a model for “inserting some of these breweries into the downtown [areas].”

“They’re not bars,” he said; “I don’t think that anybody sees them as bars. If you just want to go and drink beer for the afternoon, there’s plenty of places to go. The patrons of these places are not there for that reason.

“They’re beer connoisseurs,” Buganski said. “They’re not drunks. I think they’re enjoying a craft product; they understand it, that’s why they’re there.” 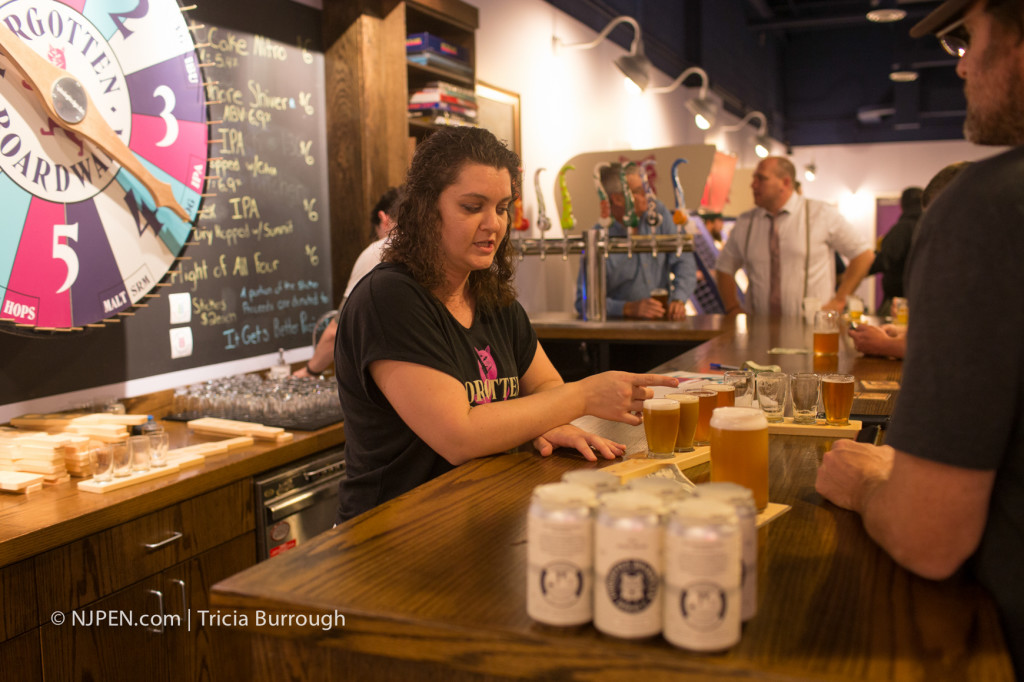 ‘Go to a town that wants you there’

She described her customers as “very educated” beer drinkers, many of whom are amateur home brewers with an interest in the process.

“The geekier the beer we make, the more sophisticated the people who come in,” Queli said.

“As far as any rowdiness going on in our tasting room, that’s just not happening,” she said. “Rowdier things are happening at local bars.”

Queli also upheld Buganski’s estimation of Village Idiot as an example of how a well-received craft brewery can have a positive economic impact on its surroundings.

“Village Idiot has gone and done some beneficial things in that town,” she said. “They really opened up a destination that people want to see, and the local businesses are benefiting from it.

“I think a lot of people are worried that an artisanal brewery is going to be taking away business,” Queli said, but “it’s creating jobs and additional revenue and taxes. I don’t know how many times I’ve been to dinner in Collingswood and brought a growler of beer with me.”

Queli also pointed out, however, that there’s something to be said for not going where you’re not wanted. She counts herself fortunate as having had “the easiest process in town” because Cherry Hill “understood how much business and tourism” would be generated from having a local craft brewery. Other communities would not have been as welcoming.

“Sometimes it’s better not to fight the township,” Queli said. “I lived in Morristown, and if I tried to open a brewery there, they’d have my head. You’re going to fight so many more battles with your state licensing and your capital, why add a whole other level of fights with the local boards and the lawyers?

On the other hand, Queli said, from a governing standpoint, “I just can’t understand why you would want to drive anyone into a neighboring town.” 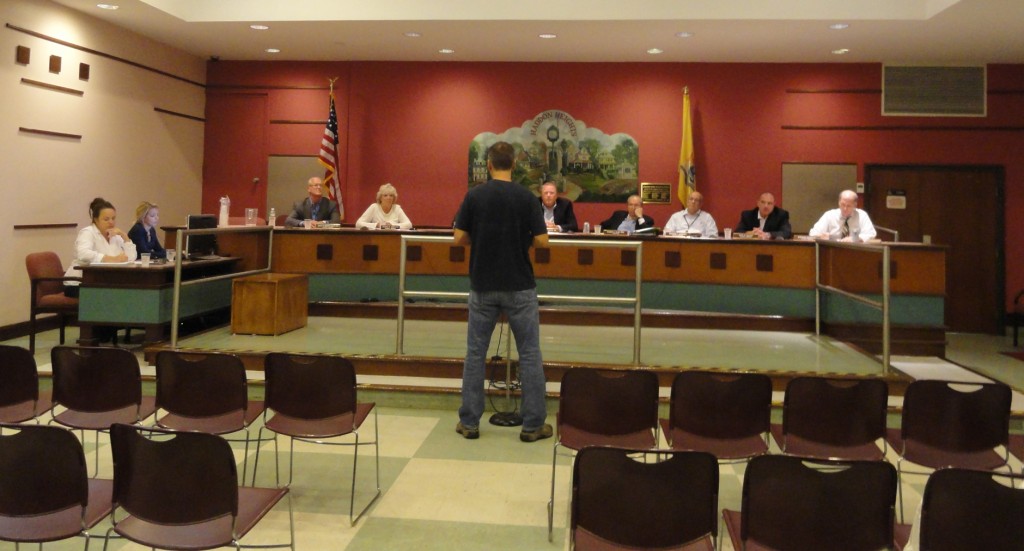 ‘You want to be the first one into that niche’

In Haddon Heights, liquor license talks have come to the forefront of public discussion in the past year, as the tiny bedroom community looks to support a trio of restaurateurs in its local food scene.

Mayor Edward Forte said that as that dialogue continues, he has watched nearby towns like Magnolia and Somerdale benefit from opening craft breweries.

But pioneering a new type of business in a historically dry community involves breaking down a certain number of barriers.

“I’m open to listen to any new business that wants to come into town,” Forte said.

“With the change of any liquor laws or microbreweries, it’s the makeup of the town,” he said. “There’s young people coming in, that’s what they want. They want to stay in their own town. They want to feed the businesses in their town.”

Forte said that as the mayor and a 50-plus-year resident of its community, he is tasked with balancing the interests of those younger families with those of established residents.

“People move to Haddon Heights because of the way Haddon Heights is,” Forte said. “There’s people out there that say they never want to change the town. I get that. I like that. But at some point in time, change is good. You’ve got to look at everything.” 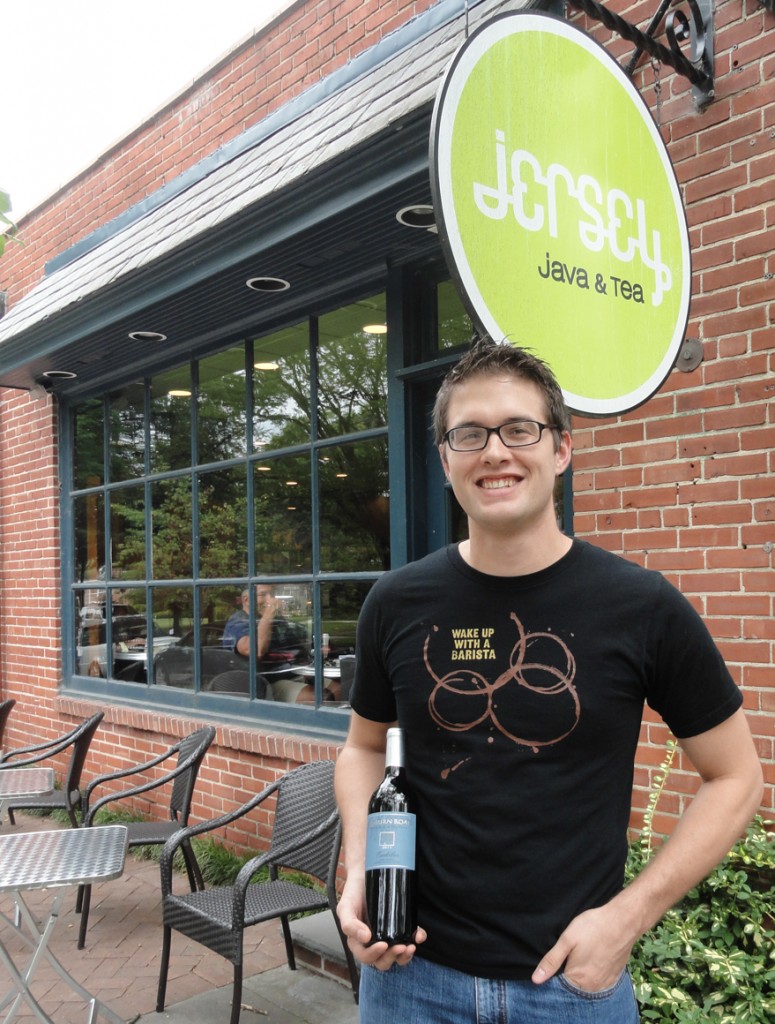 Like Haddon Heights, Haddonfield has been dry by tradition but not by ordinance; yet in the past year, the borough has attracted an influx of business by embracing New Jersey wine partnerships, first at the Jersey Java and Tea coffee shop, and then at a handful of its local BYO restaurants.

As test cases, said Mayor Jeffrey Kasko, the initial returns have been quite positive.

“The Uncorked event was something that brought extra foot traffic downtown,” Kasko said. “The stores that paired with the wineries said they had lots of people coming in and out of their stores, and they think it affected their sales positively.”

Kasko said the success of Uncorked led the Partnership for Haddonfield, the borough business improvement group, to plan for similar events throughout the year.

“We still keep the dry nature of the town, but we have a little bit of flexibility, and it helps bring more foot traffic,” he said.

“Those are things that are helping, and I don’t see the negative effect.”

Kasko said that he’s uncertain of zoning laws regarding craft brewing in his hometown, but that he isn’t opposed to the notion of locating one within its borders.

“It hasn’t been something that’s on my radar,” he said. “I’d probably be similar to Mayor Forte: I’m willing to listen to an idea if it seems like it’s a good business that could fit.

“This is a way that we might get some new type of shoppers and some people who ordinarily wouldn’t come downtown.” 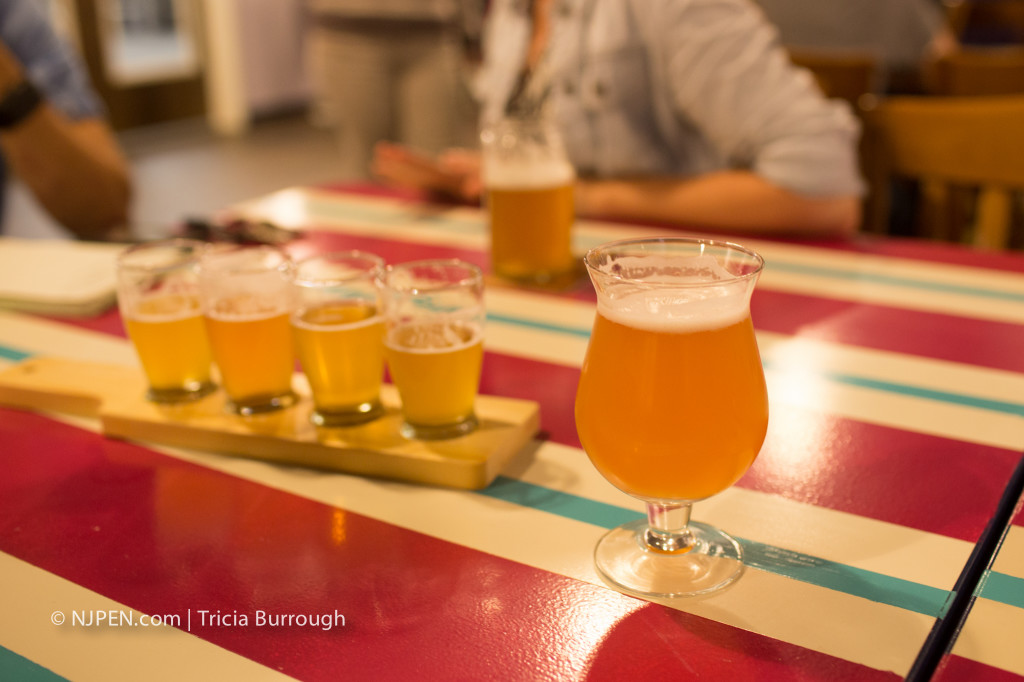 A flight of beers at Forgotten Boardwalk. Credit: Tricia Burrough.

‘A brewery that fits the vision of the town’

Facchinei said that he understands the impulse of the Collingswood government to regulate his concept, but added that he is still hopeful that he can make a convincing case to the mayor and commissioners.

“With a small-business brewery, the community determines your success as an organization,” he said. “I want to have the town mold my brand and what I do.”

“I think I’ll be able to convey that a brewery fits the vision of the town,” Facchinei said, “because we’re not a restaurant; we’re not a bar.

“It’s a new thing for all of the people of New Jersey to be exposed to a thing like that,” he said. “I think there’s been some negative connotations to it because people think it’s just another way to get around being a bar. I just don’t think that’s the case.

“It’s a lot harder to make beer and open a brewery than it is to buy a liquor license and open a bar.”