Trending
You are at:Home»Government»Camden County»‘March for Love’ in Cooper River Park Honors Victims of LGBT Violence

Hundreds gathered at Cooper River Park to remember the lives lost at the Pulse nightclub shooting in Florida.

By Abby Schreiber and Matt Skoufalos 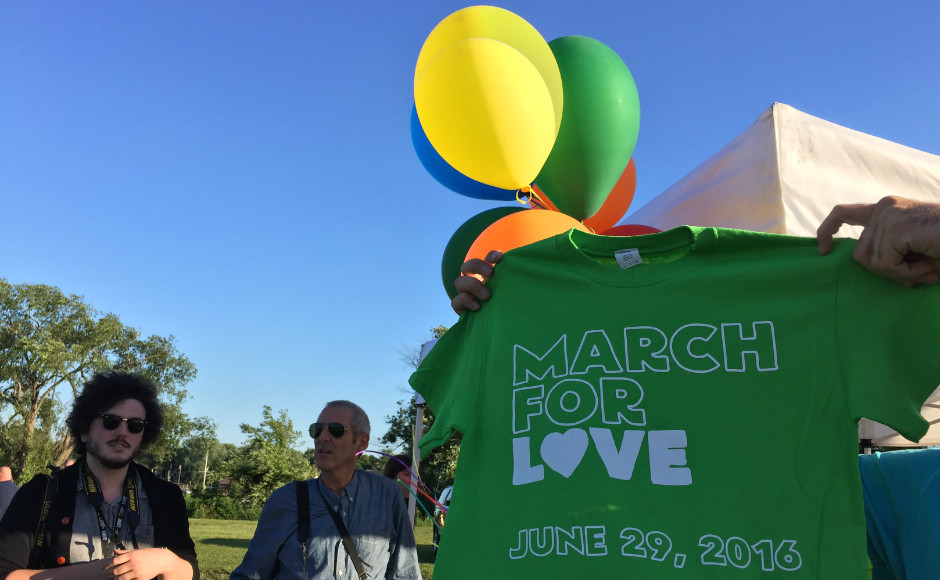 Whereas the vigil held in Collingswood days after the Orlando nightclub shooting was mournful and uplifting, a cry for understanding, Wednesday night’s Camden County-organized March for Love struck a different tone.

More than somber, it was angry; impassioned. It showed how, with each week that has passed since the shooting, LGBT community members and their allies have found their voices and created a national call to action.

The names of the victims were read, and t-shirts were sold to benefit their families. Calls for reforming gun laws that contribute to the severity of violent crimes were made. But those who gathered in Cooper River Park were there most of all to acknowledge how those killed at the Pulse nightclub signified the looming threat of violence faced by LGBT Americans daily.

Garden State Equality Director of Programs Aaron Potenza described how the losses suffered by the victims and their families are both inconceivable yet wholly imaginable for people who do not identify with traditional gender roles. 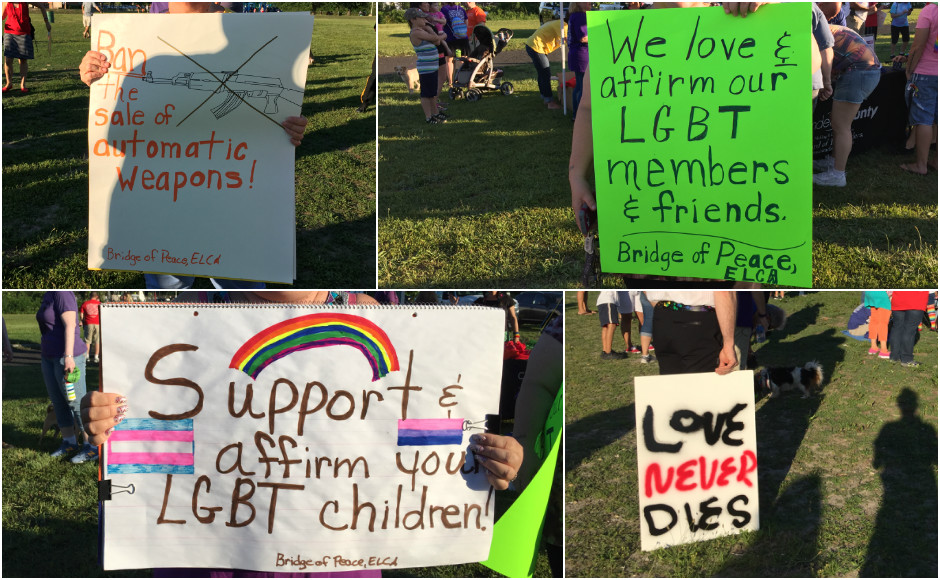 “I cannot really fathom what it would actually be like to lose a loved one to such a violent, hateful, and senseless act, and in that way I’m privileged,” Potenza said.

“I cannot really fathom it—but as a gay and transgender man, I cannot say I haven’t imagined it.

Honoring the victims of the incident by reading their names aloud is only one of the ways to mark their passing, Potenza said; the other is “to name the complicated, intersecting, dark forces that took them from us, and from their families, those families they were born into and those that they chose. 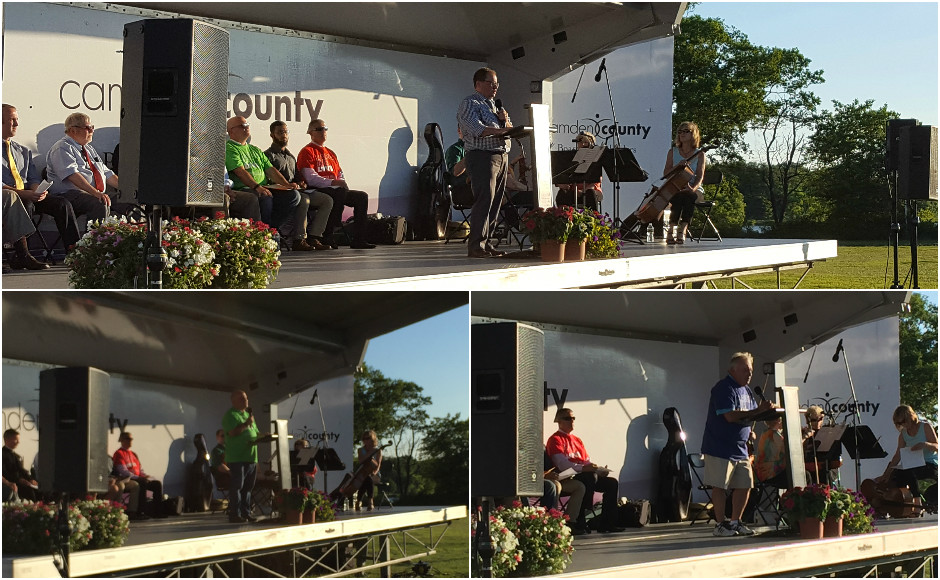 “To name these victims is to recognize that they lived their lives at the intersections of multiple identities; to understand that they were members of communities all too often demonized, dismissed, and dehumanized,” Potenza said.

“These were LGBT people who had to navigate a world that denied them equality on the basis of who they loved and how they understood and expressed their gender.”

The complications of those identities lead to endless self-criticisms and internal adjustments, often as a simple matter of survival, Potenza said.

“You don’t hold hands,” he said. “You never kiss on the street. You watch the way you move your body. You wonder to yourself, ‘Too feminine? Too masculine?’ You watch the way you talk around family, around neighbors, not wanting to be one of those ‘in-your-face’ gays. Or maybe you embrace that, loving yourself and your queerness, and carrying the weight of it with the threat of violence hanging over you.” 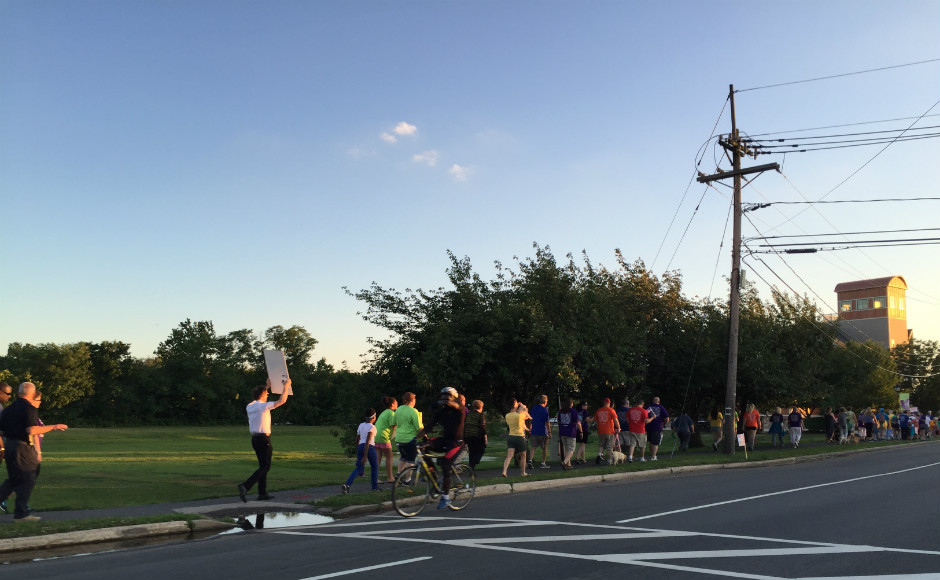 The victims of the Pulse nightclub shooting were there seeking family, Potenza said; “people who are family when the people who are supposed to love you maybe didn’t.

“People who you may not know, but who in their anonymity do not frighten you because they are you,” he said.

“You go there to dance because it’s letting go and being free. Maybe there, in that so-called safe space, if you know the history of anti-gay and anti-trans violence, you have, in the back of your mind, still the fear.

After his remarks, demonstrators marched around the river, carrying homemade signs, holding hands, and displaying a rainbow of colored clothing. If they couldn’t relate personally to Potenza’s story, supporters showed that at least they wouldn’t leave those who did alone with their thoughts.