Trending
You are at:Home»Arts»Markeim Does ‘MERICA in Fall Art Invitational

Just a week away from Election Day, the Haddonfield-based Markeim Arts Center embraces a nationalistic theme for its fall juried exhibit. 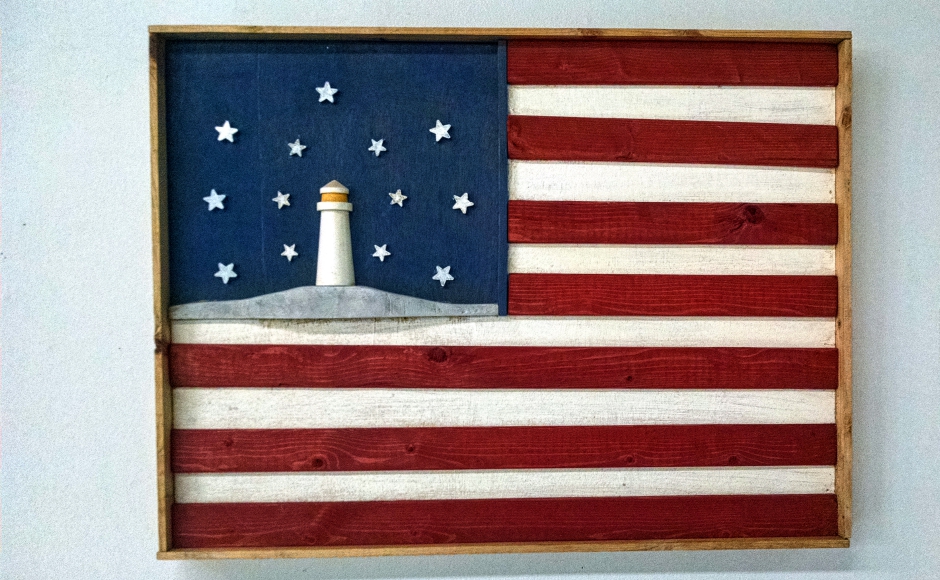 For as long as there’s been interest in capturing the heart and soul of America, there’s been attempts to lay claim to what makes it authentic.

During the George W. Bush presidency, pop culture gave us the word “‘Merica,” twangy slang to sum up the atmosphere of a decade in which international relations were marked by terrorist attacks, the Iraq and Afghanistan wars, and hostile economic negotiations.

During the Obama years, an equally un-ironic use of the phrase emerged to reclaim “‘Merica” as a statement of patriotic pride, social critique, and rebel culture.

Today, the phrase is still capable of evoking a variety of emotional and artistic responses, and for the month of November, the Markeim Arts Center in Haddonfield will display a number of them in the exhibit, “‘Merica: From Sea to Shining Sea.”

Traditionally, the theme of the Markeim fall invitational had focused on the colors of autumn—not a bad choice in a town known for its canopied, tree-lined streets, but one that had “started to get a little redundant,” said Chief Operating Officer Bob Hochgertel. 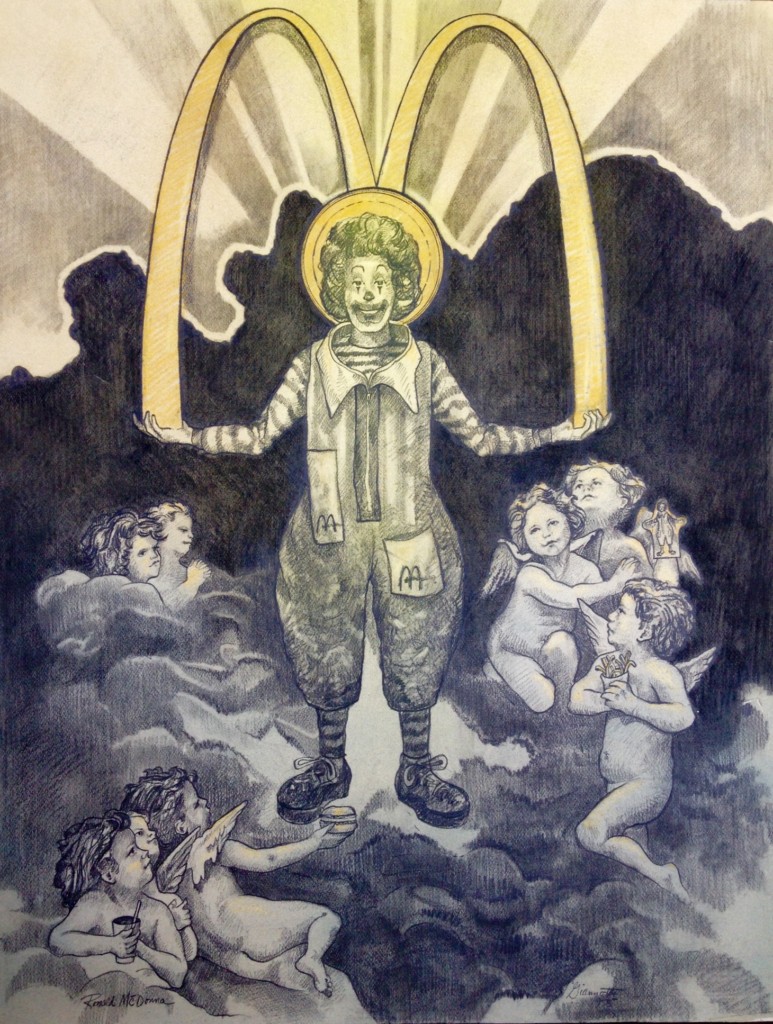 The jingoistic slang term was added to the Oxford English Dictionary in September.

Its definition—“emphasizing emblematic or stereotypical qualities of American traditions, institutions and national ideals”—editors noted is “now frequently also in ironic or self-conscious use.”

It’s that latter qualification that Hochgertel said leaves the topic so open to interpretation.

“I’ve heard it being used as a sarcastic, one-word retort, but I’ve heard it in a proud and inspirational use, too,” he said.

“We were hoping the breadth of it would generate a breadth of statements from the artists [and]it did what it was intended to do.”

There’s something for everyone in the exhibit, from political cartoons by Pulitzer Prize winner Steve Breen to “Ronald McDonna,” a beatific send-up of the fast food mascot by Haddonfield sculptor John Giannoti. Russian nesting dolls fashioned after Bill Clinton and the women connected with the Monica Lewinsky sex scandal are on loan from the personal collection of Joseph Murphy. A vista of the Grand Canyon with Roadrunner footprints stenciled across balances photo-realistic paintings of roadside attractions like Paul Bunyan. 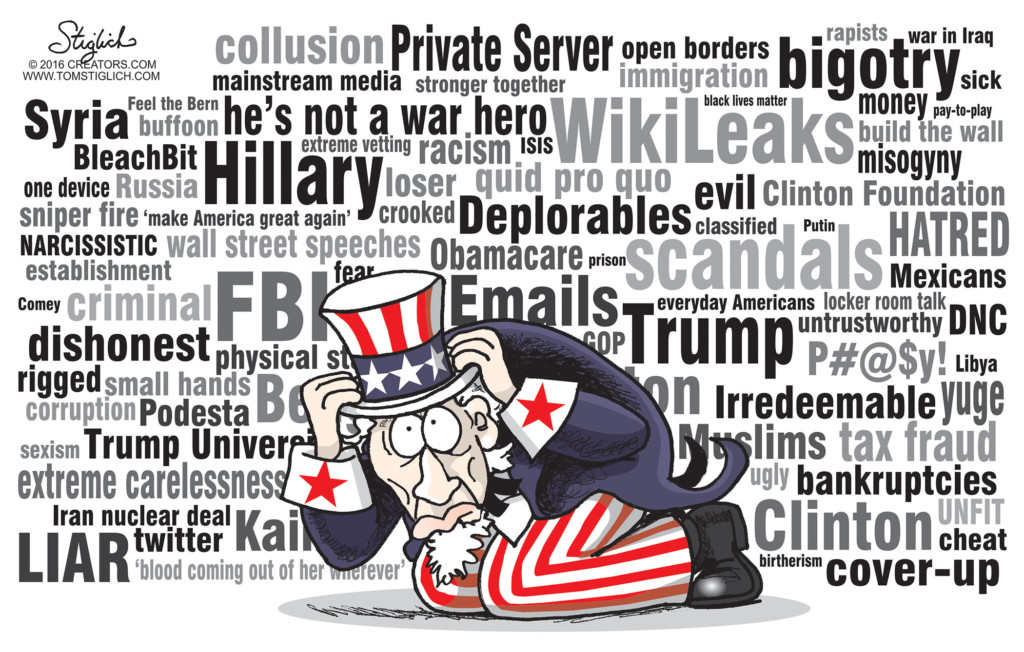 “Regardless of your politics, there’s some really humorous pieces in there that are really targeting the candidates,” Hochgertel said.

“There’s a couple emotional pieces in there relating to 9/11, and then there are some beautiful paintings of the more scenic and unique parts of our country. I think people will be moved in different ways.”

Almost every piece of art is for sale, from signed political cartoons ($50) to larger original artworks (up to $1,500). The exhibit runs through November 26, and formally kicks off Saturday with a launch party from 7 to 9. Many of the artists whose works appear in the show will be on hand at the launch.

The Markeim Arts Center gallery is open Tuesday through Saturday from 12 noon to 5 p.m., at 104 Lincoln Avenue, Haddonfield. Contact 856-429-8585 or info@markeimartscenter.org for details.