Trending
You are at:Home»Business»McFarlan’s Market Hits Another Snag in Collingswood

The discovery of an underground oil tank could delay the market’s opening until at least the fall.

Six months ago, the borough of Collingswood, which hadn’t had a grocery store within its borders in decades, was primed for the opening of two within the span of a single block.

Following the meteoric fate of Local Collingswood, market-watchers consoled themselves with the anticipation of McFarlan’s Market taking over the National Food Market building on Haddon Avenue.

But after the discovery of an underground oil tank–for which neither the buyer nor the seller wishes to assume responsibility for removing–those plans have been put on hold again.

Collingswood officials, who had brokered a deal for the sale of the essentially shuttered property under the threat of eminent domain, now may have to condemn the building in order for the transaction to be concluded.

“We’re still onboard,” McFarlan’s co-owner Janet Stevens told NJ Pen; “we just don’t want to buy it with the tank.”

At the February meeting of the borough government, Collingswood Mayor James Maley downplayed the impact of “a little contamination” from the oil tank as “nothing major.

“There’s an underground storage tank in the back driveway [of the building],” Maley said. “It’s not that big of a deal. The owner’s giving us a little pushback about paying for it, and we may have to initiate condemnation to take it, but everything else is ready to go.

“All of us are scratching our head as to how it hasn’t been found,” the mayor said. “The property’s been sold a few times.” 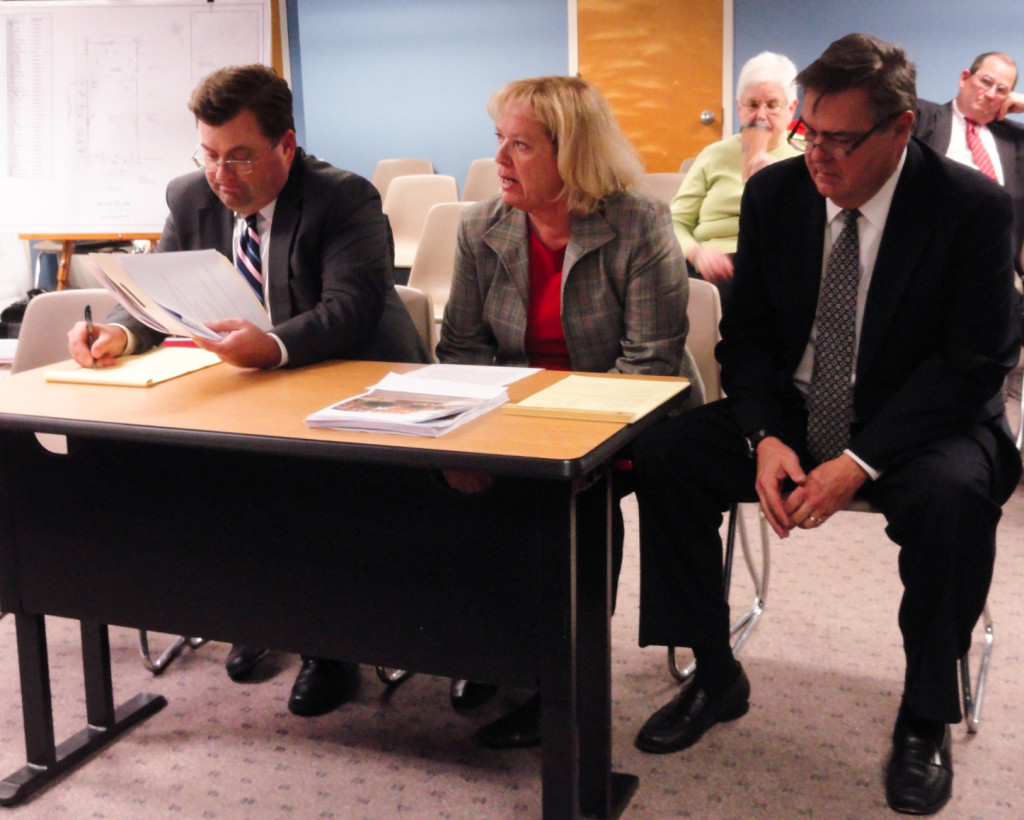 In August 2014, borough commissioners authorized the purchase of the property for $415,000, which included $400,000 for the property; the remainder would have been recouped in a five-year PILOT agreement.

Since the sale was not concluded before the end of the calendar year, however, that ordinance expired, and officials had to re-authorize the deal.

A new agreement in the amount of $430,000 passed its first reading February 2. Maley said the estimated cost for the removal of the tank is $30,000.

If condemnation becomes necessary to close the deal, ownership of the building would pass to the borough within 30 to 60 days, he said.

“We’ve already gone through the bona fide negotiations,” Maley said. “The next piece would be that we would file a complaint.”

Although Stevens described herself as “an optimist by nature,” she said the delay could add another six months to the timeline from the date of settlement.

“And I hope that I’m on target and it’s not eight months,” she said.

“We’re going to get there; it’s just taking a little bit longer.”

Plans for the market cleared the borough zoning board in November 2014, and Stevens said that with the exception of the oil tank remediation, nothing about them has changed. She thanked Collingswood residents for their “incredibly positive feedback.

“We’re looking forward to getting into Collingswood as soon as we can,” Stevens said.