Authorities allege that 42-year-old Carl Young shot a man in the face after an argument in the parking lot of Bryson’s Pub. 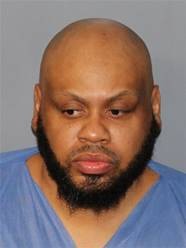 Carl Young, 42, allegedly shot the other man after the two had an argument in the parking lot of Bryson’s Pub.

According to the Camden County Prosecutor’s Office (CCPO), first responders arrived at the bar just before 3 a.m. on March 6.

The victim, a 35-year-old Merchantville resident, was transported to Cooper Hospital by Pennsauken EMS, and has been released since.

Police say Young fled the scene on foot, and was arrested subsequent to the incident; according to the CCPO, the weapon he allegedly used in the shooting has been recovered.

Everyone charged with a criminal offense is presumed innocent unless and until found guilty in a court of law. An arrest is not a conviction.