Trending
You are at:Home»People»Messaging, Funding, and Voter Turnout: Collingswood Together Debriefs After 2021 Municipal Race

Challengers Kate Delany, Bill Johnson, and Jen Rossi discuss the takeaways from their campaign for the borough municipal government. 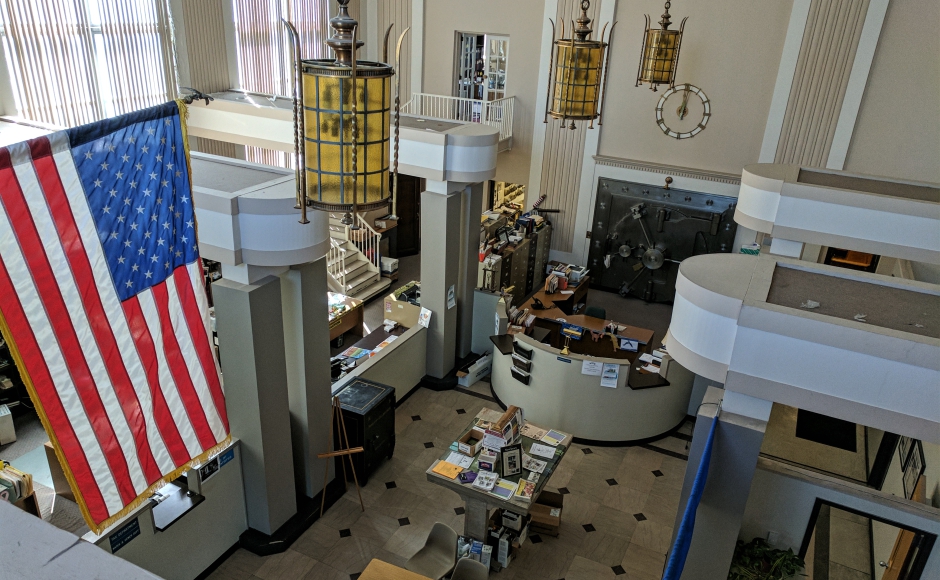 Unlike the uncontested races of prior years, the 2021 Collingswood municipal election was a charged affair that ran at a high intensity for the half-year that preceded it.

After the dust had settled on Tuesday, Team Collingswood, a slate comprising two incumbents and one newcomer, stood victorious by a nearly two-to-one margin.

For their opponents, who ran under the slogan Collingswood Together, the defeat was disappointing, but offered a few lessons.

“We have some clear takeaways on things that didn’t play out the way I expected,” Collingswood Together candidate Kate Delany said.

Among them, Delany estimated, was an absence of funds sufficient to hang with their opponents.

According to filings from the New Jersey Election Law Enforcement Commission, Collingswood Together had netted $22,367 in total receipts as of its May 9 filing. Comparatively, the April 12 filing by Victory for Collingswood, the committee established by Team Collingswood, reported a closing balance of $24,231.

However, Delany calculated that “about nine or 10” mailers from the Committee for Responsible Governance, a political action committee (PAC) that stumped for her opponents, far outstripped the three-mailer investment that New Jersey Working Families, which lobbied for Collingswood Together, provided her team, according to Politico.

At an approximate cost of $5,000 per mailing, the difference added up, she said.

“I think we need big money out of all of our elections,” Delany said. “The outspending translates into votes, and that’s unfortunate on all levels.”

Neither did a two-month strategy of rallying voters from the Parkview apartments to their cause seem to pay off. Despite knocking on doors in every building of the complex, those efforts didn’t yield enough turnout to move the needle at the polls. 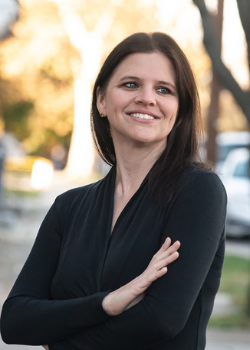 “We got really good conversations, built relationships, but I think voting is something that you have to have a family history of,” Delany said.

“There were people who don’t really associate voting with creating a change in their life.

“I think that people in this town are kind of new to elections, and we need to work those democracy muscles a bit more,” she said.

“We don’t have that many competitive elections in Camden County; when you’re going up against a 32-year incumbent, you need to make a case of why he should be fired.”

Delany also opined that her slate, which featured two women and a black man (who was their top vote-getter), may not have resonated among voters who are accustomed to electing white male candidates.

“I picked my running mates because they were in advocacy for years, but we were a ticket without a white man,” she said. “I think that was a handicap for us.”

Despite the outcome, Delany said she and her colleagues will continue to push for elements of their agenda: advocacy for good governance, education, community choice energy aggregation, and “a lot of basic democracy fixes,” including making meeting agendas and minutes more readily accessible to residents.

Delany herself is also running for re-election as a Camden County Democratic Commiteeperson for Collingswood in the June 8 primary.

“I hope that people will feel encouraged to step up and run for office, and I want to have a hand in making things easier,” Delany said. 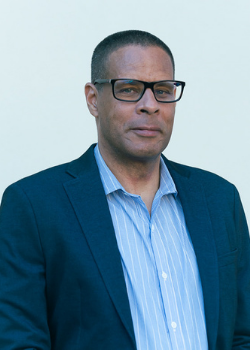 Delany’s running mate, Bill Johnson, said that, despite his disappointment in the outcome of the election, he was “really proud of our efforts,” including the community outreach Collingswood Together was able to deliver.

The experience helped him to better know his community, Johnson said, and through it, he discovered “a very diverse population that has some really dire needs.

“There are people out there who are struggling, and that surprises me,” Johnson said.

“For some people, the election was about not changing things because they’re comfortable; for me, they do need to change,” he said.

“Every part of Collingswood needs to feel valued,” Johnson said. “If people really do appreciate diversity, they need to put their money where their mouth is.”

Despite having campaigned hard among residents of the Parkview apartments, Johnson said he doesn’t believe the fortunes of Collingswood Together rested with them alone. He also believes the borough could use more engagement from younger voters who “might be more open to a change,” and should “understand how powerful their vote can be, if it’s done collectively.”

As for Delany’s opinion that their ticket didn’t find an audience among voters who prefer white, male candidates, Johnson said he believes it was more a case of not finding an audience for the message they offered.

“I know where she’s coming from, but to me, we have to land a message that resonates with the majority of voters,” Johnson said. “There’s plenty of older white men who can’t afford their house now.”

As for his post-election plans, Johnson said he’s going to continue to focus on social justice efforts, including environmental justice.

“I’m retrenching, I’m taking a breath, and I’m proud of our work,” he said. “We’ve done a good job of making our foundation here.” 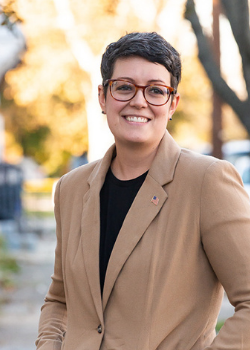 Jen Rossi, the final member of Collingswood Together, said the campaign loss was “not a complete shock, but it’s heartbreaking.”

Rossi said the campaign is still hearing from residents who could use connections to resources. She plans to use her experience as a Girl Scouts leader to help as many of them as she can.

“We’ll be pivoting, [doing] whatever kind of outreach and stuff we can do to keep going,” she said. “I work in IT, we do scrum boards to see what kinds of processes we can connect people with.

“I have a lot of things on my list that I was hoping to be able to do within a first term,” Rossi said.

Among the changes Rossi would like to engineer is a citizen emergency response team for Collingswood, which she envisions as being available for wellness checks on elderly and low-income neighbors, and devising mechanisms to reach those residents who aren’t always notified of policy and other changes in an emergency.

“You’ve got to coordinate those efforts,” she said. “It’s hard for people to know what’s going on if you’re not sending out those regular pulses.”

Rossi said she believes the primary message of Collingswood Together was “trying to draw on people’s empathy to action,” and “gaps that we have that other towns have filled, to bring Collingswood up and fix some process-type issues that are high-priority.

“Our supporters would be people who’ve already realized there’s a problem,” she said. “It’s a really hard battle to get people who didn’t recognize that to recognize it,” she said.

“They haven’t experienced it; they’re seeing house values going up,” Rossi said. “For people who already recognized a problem, it’s kind of disappointing that that’s what it worked out to be.”

Rossi’s wish is that the commissioners-elect will use the platform their office provides to “influence a lot of positive change.

“I really hope that they do,” she said. “I will continue to do the same kind of engagement and advocacy that I have been doing.”