Trending
You are at:Home»Business»Metropolis Farms: Vertical Farming Designed to Grow out, not up

The Philadelphia-based startup is looking to change the thinking around the green-collar economy, building a sustainable, modular design around optimized indoor farming technologies. 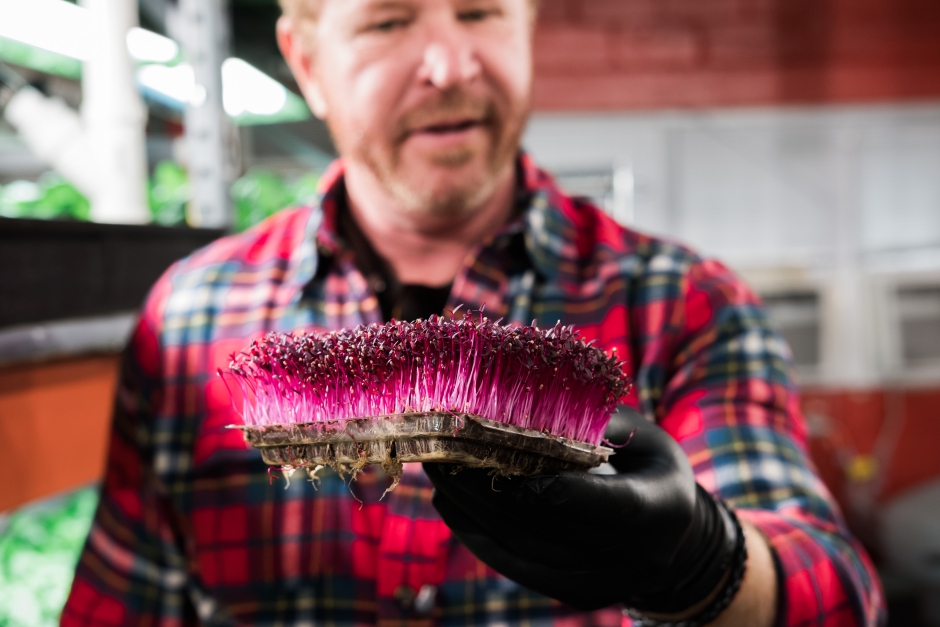 While the first harvests of spring herald the upcoming farmers market season in South Jersey, across the river in South Philadelphia, Jack Griffin has been hauling in crops all winter long.

On the second floor of a warehouse in the 2400 block of Water Street, he’s just a few blocks away from the other shipping and receiving terminals that supply many area supermarket chains with fresh produce.

But in a fraction of the physical space—and at a fraction of the costs of growing and shipping those fruits and vegetables there from across the corners of the country—Griffin’s Metropolis Farms is quietly growing their organic, non-GMO, vegan-certified competition.

More to the point, Griffin is growing a business that he believes can close gaps in food insecurity, social justice, and sustainability.

“The transactional nature of food means that we have a lever to change the world,” he said. “Everybody eats. The conversations around food are so ingrained in our society [that] in between those transactions is an opportunity.” 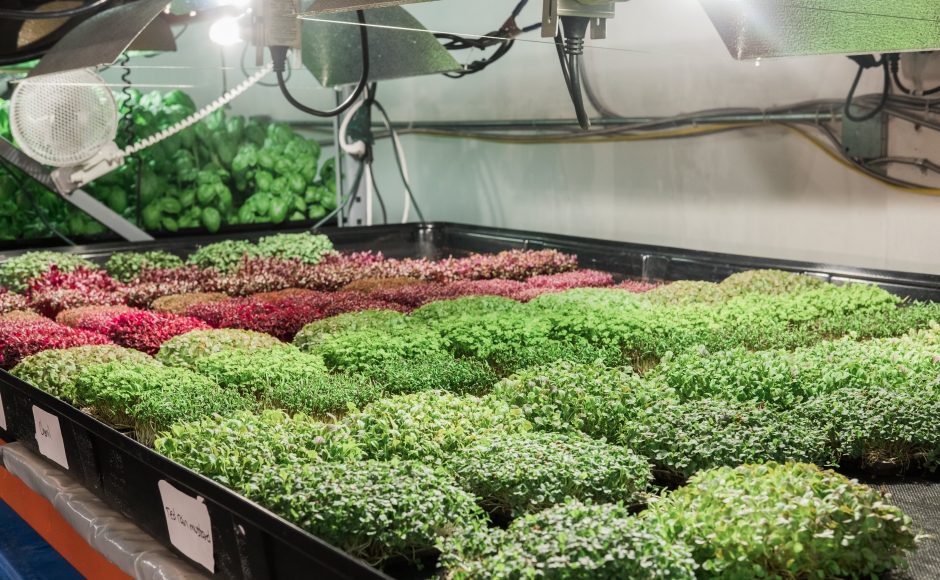 Indoor vertical farming has been touted as “the next big thing” in the green-collar economy for about the past half-decade.

In September 2016, AeroFarms of Newark drew national headlines for the massive scale of its 69,000-square-foot, $30-million operation.

The company converted a shuttered steel factory into what the company says is the largest indoor farm in the world, capable of producing 2 million pounds of crops per year, according to CNN.

But Griffin said the thinking that produced it is grandiose and wrongheaded: in his opinion, the key to vertical farming is actually horizontal growth.

Griffin claims the technology behind Metropolis Farms is capable of growing 2 million pounds of produce in just 14,000 square-feet of real estate, and by using one-tenth the energy of a system like AeroFarm’s. Powered by a rooftop solar array on Swanson Street in Philadelphia—where Griffin says he also can recapture 2 million gallons of water annually—Metropolis Farms is made to be energy-independent and disaster-resistant.

It also doesn’t need prime real estate to operate, or even much of it at all. By licensing the technology behind his work, which includes the growing equipment and seedling optimization schedule, Griffin is optimistic that he’ll be able to create a distributed indoor farming culture, not just a farming network. His licensing agreements will include labor clauses about paid time off, living wages, and possibly an degree correspondence program to give inmates the chance of a stable career upon release.

“I think that social responsibility should be part of this,” Griffin said. “Equal pay for equal work, and no discrimination. Our goal is to get as many people as possible farming.” 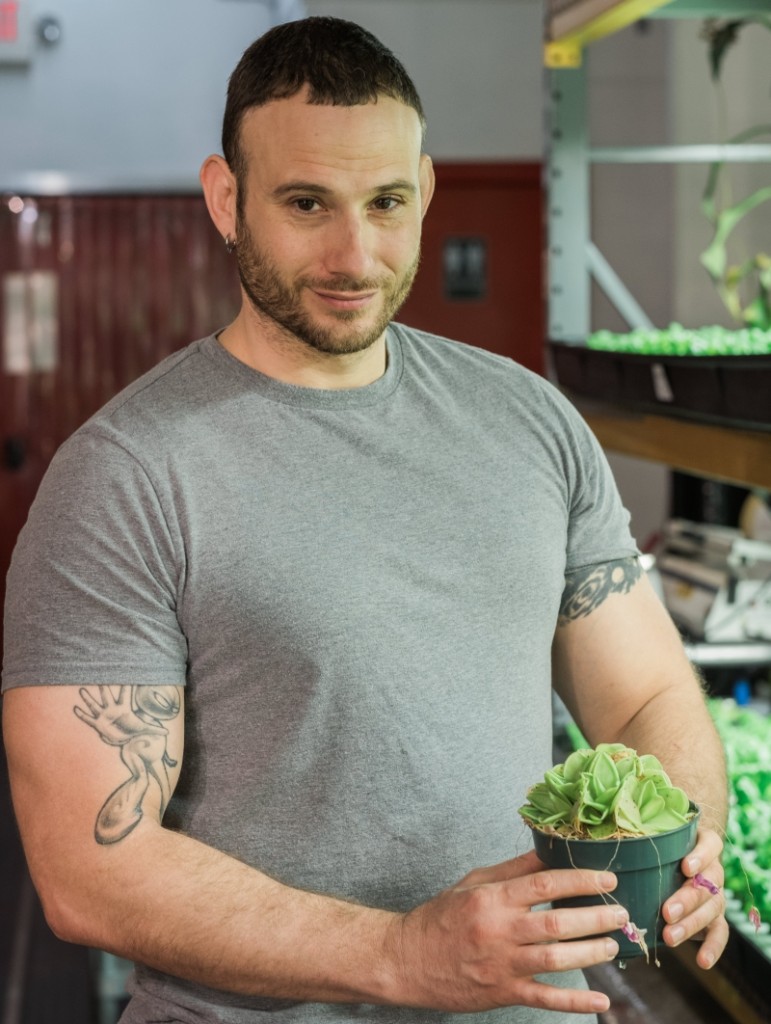 “It’s the evolution of technology,” said Metropolis Farms vice-president Lee Weingrad, a U.S. Air Force veteran who co-developed the technology at the heart of the system with Griffin.

“Everything’s on a schedule,” Weingrad said. “We made it simple on purpose. Anyone with a high-school diploma can work here.”

The Metropolis Farms infrastructure is modular and able to be built from equipment available at a hardware store, which Griffin said cuts out the construction costs of retaining a design firm to build custom architecture.

It’s able to be dismantled for cleaning with quick-connect PVC systems, and features optimization algorithms that are designed to help crops flourish without the use of genetic modification.

The first-generation lights were based on a design of Nikola Tesla’s, but the ballast atop them retained too much heat and showed too much infrared light, Griffin said. Their replacements are high-intensity discharge (HID) lamps with a proprietary core, shielded with lightweight, reflective, and refractive German aluminum. They’re suspended from a motorized track, which carries the light across the plants on a timed sequence to simulate cloud cover.

At $25,000 per unit, each tower can produce 20,000 pounds of produce annually, Griffin said. He expects farms will consist of 15- to 50-tower implementations; each can yield 19 harvests per year versus two-and-a-half on conventional real estate. 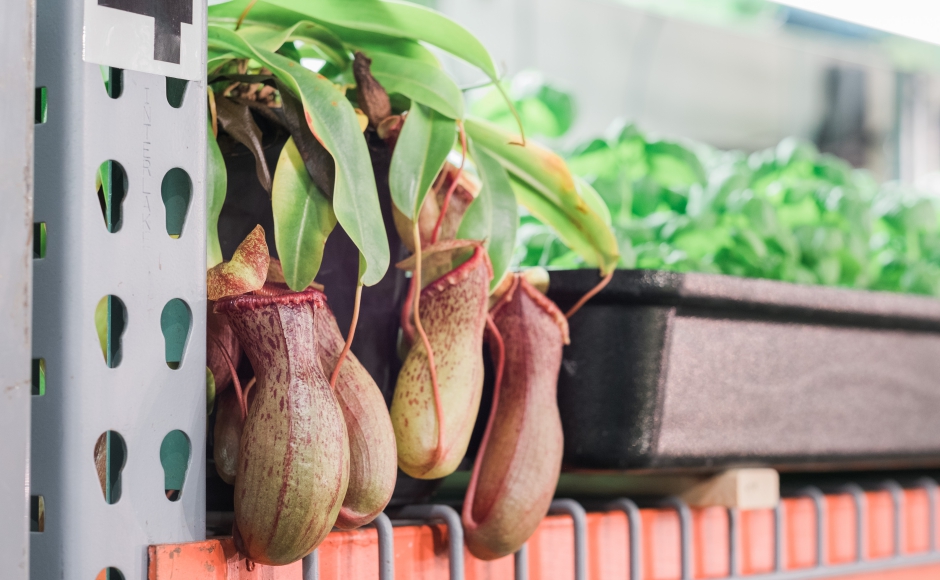 The entire system can pivot from fruits and vegetables to things like pharmaceutical herbs, stevia leaf, or biodiesel jet fuel, all grown at a consistent grade and domestically.

“A lot of what we’ve done is fourth-grade math and freshman geometry,” Griffin said.

Griffin isn’t lacking for interest in his model; as of a few months ago, he was sitting on more than $20 million in letters of intent from cities across the United States and Canada. He wants to start in the Philadelphia metro area first.

“How many schools do you have?” Griffin said. “They’ll buy locally if you can produce at scale. The key is to drive cities to understand that where they spend their money matters. If we spend that money on local food, we create velocity of capital; we create local jobs. 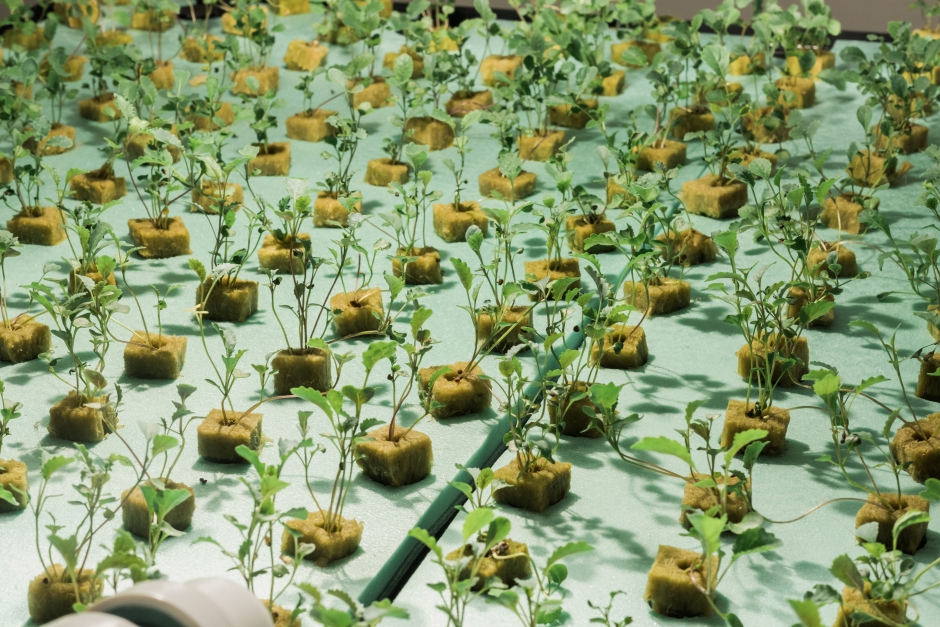 “When those people go and buy things because they’re making $18 an hour, they’re getting benefits, they’re having a life,” he said.

Griffin said his goal “is to have every city in the United States steal this idea” so that Metropolis Farms can manufacture the necessary equipment at its core in Philadelphia and ship it out to other markets, creating yet another level of economic benefit.

But he believes the model should take root locally first because it has the potential to be a key driver of redevelopment with a critical difference: pushing out the poverty instead of the impoverished.

“In Fishtown, there’s 15,700 people,” Griffin said. “What if I could produce enough lettuce for the daily lettuce requirement of everyone in that community; enough tomatoes, and peppers, and so on? And surround that community with wings of prosperity?

“It’s a synergistic model instead of an exploitive one. It is the ultimate demand-based business.”