Trending
You are at:Home»People»Missing Steve Merton

Neighbors remember a Collingswood man who lived on the edges of their lives, never knowing how much he touched them. 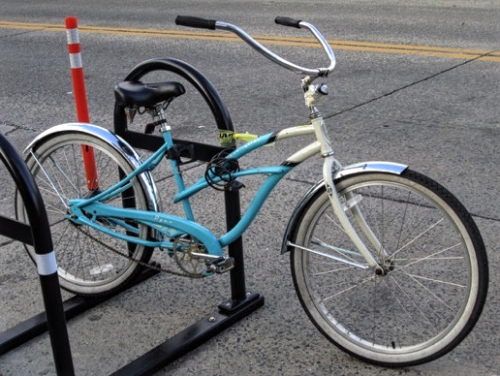 The first clue was the light blue Dyno Glide beach cruiser that had sat locked to the rack outside Collingswood Borough Hall since late December.

“I knew something wasn’t right when I saw his bike like that,” said Robert Hawthorne,  who regularly caught up with Merton over cups of Wawa coffee.

Merton maintained many incidental relationships throughout the community; he was neighborly, but largely anonymous.

Even for those who knew him, it took a while to realize that his kind, mustachioed face was missing from the regular shuffle of downtown pedestrians. They’d only seen the bike, which he rarely went without, left to rust on Haddon Ave.

A hard past and a fight with cancer had aged Merton well beyond his 59 years. Neighbor Tiffany Smith had given him a low-maintenance beta fish, which Merton named after his oncologist. He told her he talked to it every day, and believed it recognized him when he approached its bowl.

Merton valued that tiny life so much, but when his cancer returned in 2017, Smith said her friend seemed resigned to his fate.

“He didn’t want to seek treatment again,” Smith said, “I offered to go with him, [but]  he told me if he died, no one would notice.”

“He had a self-worth problem,” agreed pastor Brent Miller of the First Baptist Church of Collingswood, who had befriended Merton through chance encounters on the street.

“I told him that he was loved by God and his friends,” Miller said. 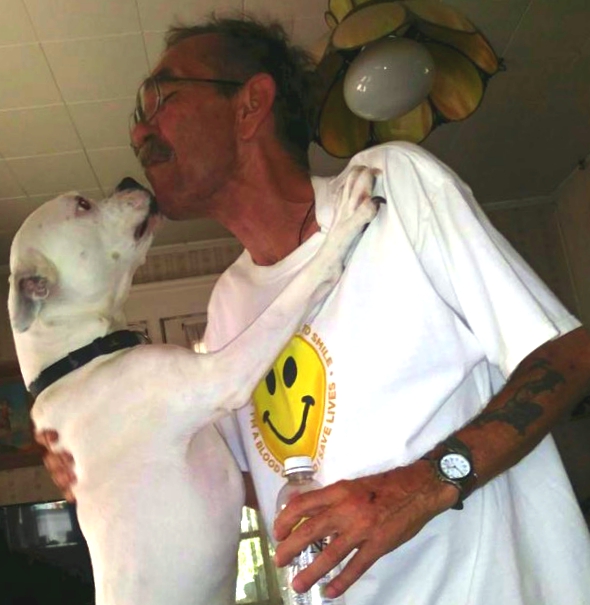 When she first met him at the farmers market, Larissa Berry said she kept an eye on Merton because “he seemed like a loner, or a questionable type of person.

“But once I talked to him, I knew he was okay,” Berry said.

In a short time, they had formed a deep bond.

When she learned of Merton’s illness, Berry, a childhood cancer survivor, said she made every conversation count.

“I never knew when talking to him would be the last time.”

As the cancer progressed, Merton’s mood and behavior were seen to swing erratically. Hawthorne said the last time he saw Merton, his friend became belligerent when offered a ride. Hoping to make amends, Hawthorne left bags of groceries outside Merton’s home. They remained there for more than a week, until Miller finally noticed them while walking his dog. There was no answer at Merton’s door, and the mailbox was overflowing.

Shortly after that, neighbor Griff Kinsey called the police. A search of Merton’s apartment showed its contents untouched, but its occupant nowhere to be found. Smith kept searching for information about her friend, until she discovered that Merton had died of pneumonia at Cooper University Hospital on December 22.

“[Steve] honestly thought no one cared,” Smith said, “I barely knew him, and cared a lot for him.”

The last time Berry saw Merton, she said he was circling outside of Wawa, “as if looking for people to talk to.” She went in to make a quick purchase, thinking she’d catch him on the way out, but by the time she was done, Merton had gone.

“I think he wanted to say goodbye, and to be remembered by his friends,” Berry said. “A lot of people recognized him, and judged him as this weird guy you see on the street.

“He should be remembered by the people who took the time to get to know him,” she said. “He was part of Collingswood.” 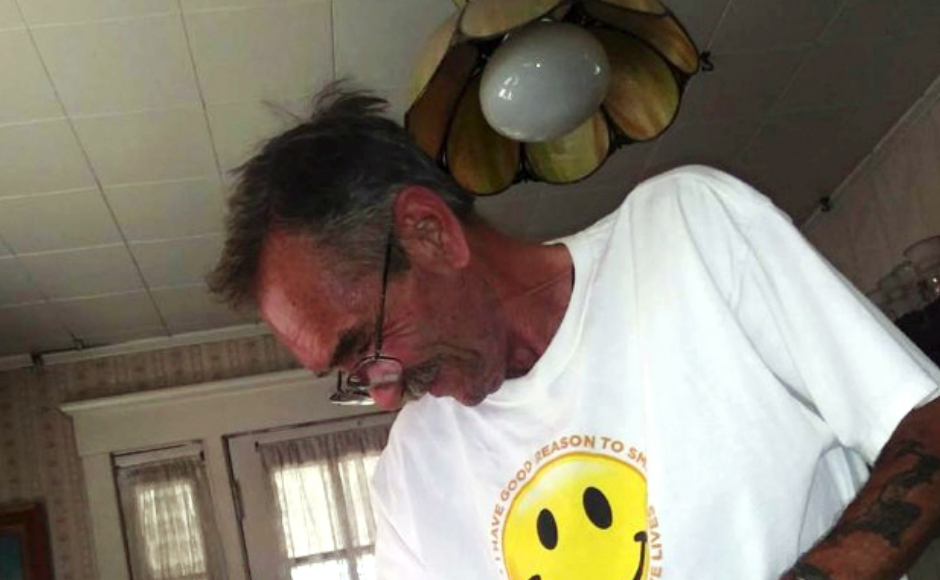 Even as his fading health left him visibly frail, Merton biked daily between his Section-8 Collingswood apartment and downtown Haddon Township.

His entire routine was spread across those few blocks, engaging with different slices of the community, and making friends in scattered places.

“Steve was my biggest fan,” Hollander remembered. “He was a real music appreciator and good listener.”

“Remaining tender-hearted and kind is no easy task, [but Merton]found a way,” Bonaparte said. “It’s a trait that gets lost in the shuffle of modern life.”

“Steve reminded me of the way people used to be in the ‘60s and ‘70s,” Kinsey said. “He would talk to everybody. He was very open; laid back.

“More than once, my dogs escaped and ran into traffic,” he said. “Steve called them, and they went right to him. He probably saved their lives. [My dog] Daisy still looks for him.

At the end, Miller believes Merton found peace. A couple of weeks after his second cancer diagnosis, Merton snuck into a Sunday church service. Miller said he overheard him praying, “Thank you Jesus for saving my life.”

On a final visit to Bike Share, Steve showed off the stylish chrome fenders he’d installed on his prized Dyno Glide—the same bike that sat locked on Haddon Avenue after its last ride.

That cruiser now lives in the public garage, awaiting a new home. Merton had few other possessions and no children.

Humbled by disease and poverty, his life escaped the notice of most people, and for that he may have believed it was without value. But in trying to riddle out the mystery of his final days, these people, mostly strangers to one another, found that they’d been touched by a life lived in love of community.

A memorial service for Stephen Merton will be held at 2 p.m. Saturday, February 10, at the First Baptist Church of Collingswood.