The Black Horse Pike Regional School District will be the first in Camden County to add narcan training and rescue kits to each of its high schools, a move the county government said should be replicated. 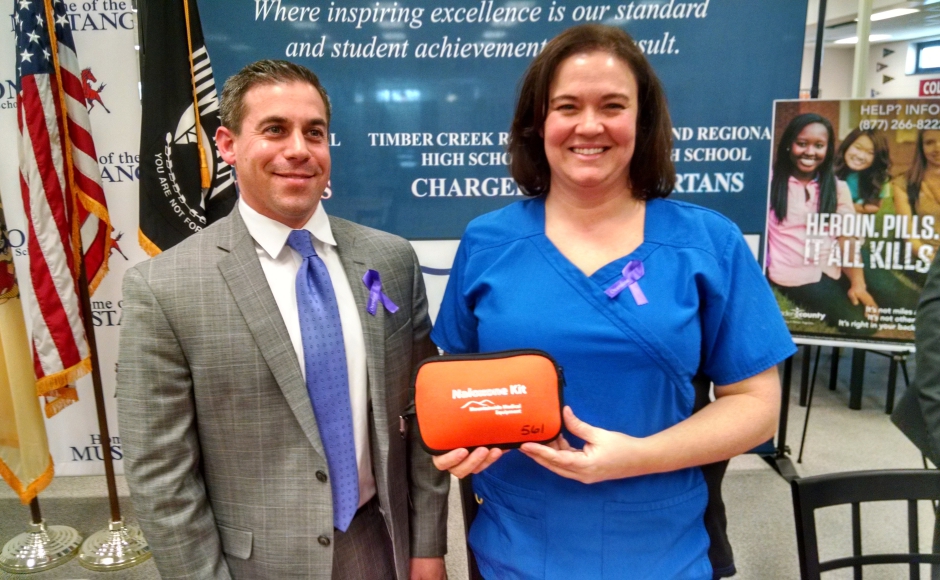 For 25 years, Triton Regional High School Principal Louis Cappelli would dismiss his kids with the valediction, “Stay off the stuff!”

On Wednesday, his son, Camden County Freeholder-Director Louis Cappelli, Jr. harkened his father’s words in the Triton High School library, as he praised its district for being the first in the county to add the opioid reversal drug narcan to the medicine chests of its school nurses.

The Black Horse Pike Regional School District (BHPRSD) will be the first in Camden County to train nurses at all three of its high schools—Triton, Highland, and Timber Creek—in the administration of the revival drug.

Cappelli said the policy could provide a model approach for other districts in the county, state, and beyond. In August 2016, Atlantic County Assemblyman Vincent Mazzeo introduced the framework for a draft bill at the state level.

That wouldn’t have been possible without individual municipal police departments taking on narcan training, and creating “what I’ll call an army of angels,” the Freeholder-Director said.

“This is an epidemic,” Cappelli said. “It is not shameful to address this epidemic. We have to be prepared at all times and at all costs to save somebody who has overdosed. Hopefully we’ll never need Narcan in this building or any of the other buildings in the school district, but if we do, lives will be saved.” 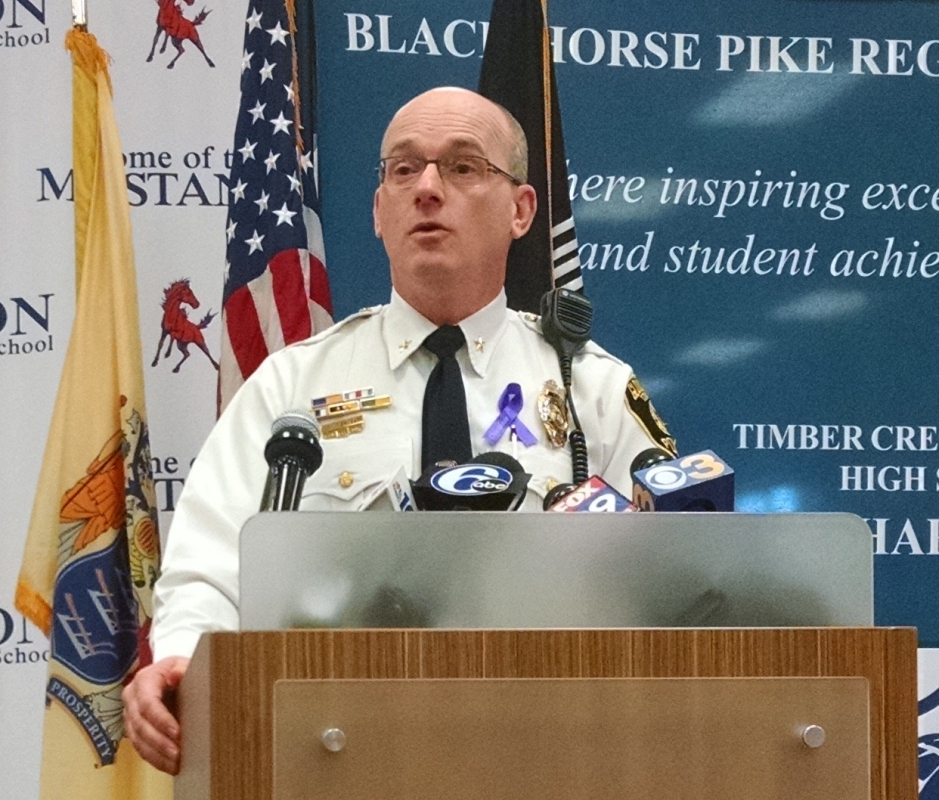 Black Horse Pike Regional School District Superintendent Brian Repici said the epidemic is the province of educators because addiction is a mental illness “and education is about mental health.”

“We are in the care of children, and principally, from an education standpoint, we are primarily concerned with the mental health and well-being of children,” Repici said.

“Care is at the core of our mission: care for all children, for the community we serve, and for those who don’t have the ability to care for themselves.”

Repici said the new narcan rules were incorporated under the district medication policy. Perhaps heralding a sign of changing times, he pointed out that Strauss Esmay Associates, from which many school boards source their policies, had begun to offer draft language for narcan use in schools last month.

Gloucester Township Police Chief Harry Earle, who serves on the Camden County Addictions Task Force, spoke about narcan rescues as one of multiple, necessary avenues to combat the drug problems.

“We share the same vision,” Earle said; “a vision that encompasses the belief that those who overdose or use substances are victims of addiction. Having naloxone in the hands of nurses was something that needed to happen, just in case.”

Triton Regional High School Nurse Christa Moore said narcan is so effective because it can return an overdosing person to a normal respiratory rate.

“This can save lives,” Moore said. “I am thankful to be in a district that is willing to use every tool available to treat this community crisis.” 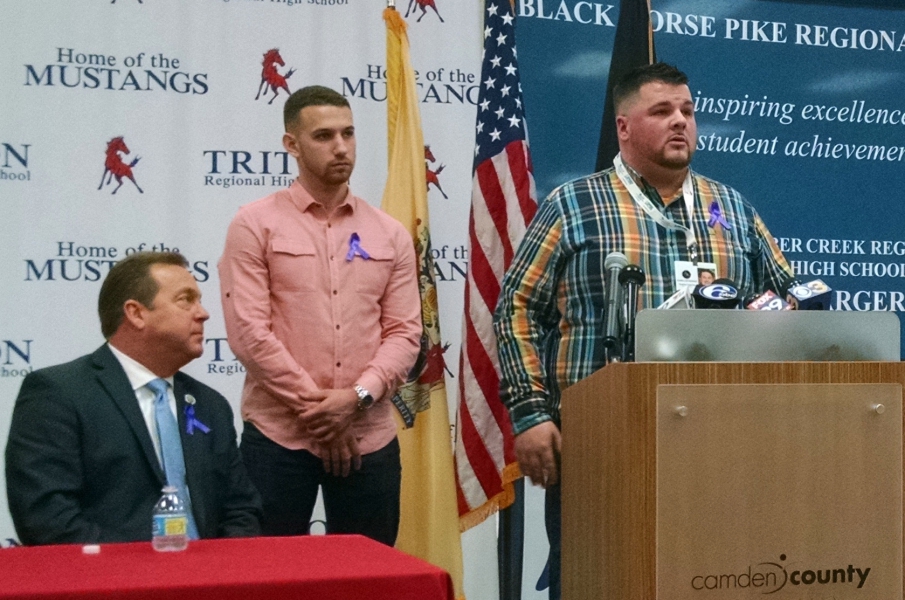 Keeping the life-saving drug on-hand offers a victim of addiction a second chance, said Stephen Smarrito, a Glendora resident who was revived with narcan after his addiction had spiraled.

“I started with percocets prescribed by a doctor,” Smarrito said.

Smarrito said the revival gave him a chance at a new life. He now works for Humble Beginnings Recovery Centers, has co-opened a restaurant, Kitchen 519 in Glendora, with his sister; and helped launch Sober Sports, a 36-member recreational league for Camden County residents in recovery.

“Because of medication like narcan that helped save my life, I’ve done a lot of different things,” Smarrito said.

One potential hurdle to broader adoption of the policy is related to the increasing price spikes in the cost of naloxone. Since beginning the process of drafting it policy, Repici said the cost of a $180, two-dose narcan kit shot up to $600. He said the district could explore volume purchasing agreements with local law enforcement to reduce that price, or pursuing grant funding from state and nonprofit agencies to cover the cost.

Moore said her kit, which has an 18-month shelf life, was provided to her from Urban Treatment Associates of Camden City, free with narcan revival training from the state Division of Mental Health and Addiction Services.

As significant as narcan has proven in the emergency revival of overdose victims, an even bigger hurdle remains in the provision of follow-up care. Cappelli said that Camden County hospitals have been primed to receive “a warm hand-off” of overdose victims once revived, but the area is lacking for outpatient treatment centers to support their rehabilitation.

“Not having a detox center is a problem,” Cappelli said. He pointed to the redevelopment of Baker Lanes bowling alley in Cherry Hill by Advanced Recovery Services, Inc. and another site in Gloucester Township from Recovery Centers of America as two necessary upcoming additions.