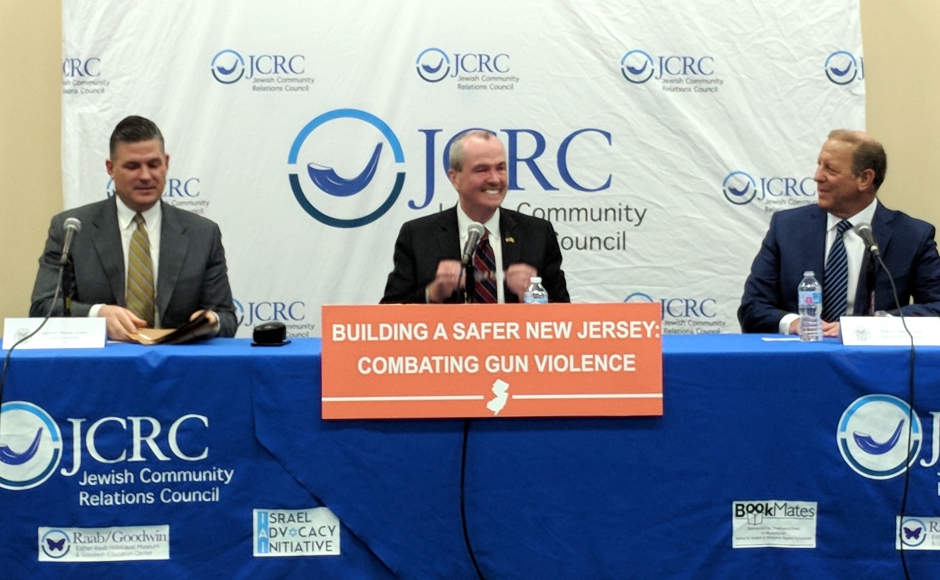 Strict laws have kept New Jersey’s per-capita gun death rate at half the national average, Greenwald said, and the state can do more to curb the influence of a national culture where mass shootings are still on the rise.

“We have a country that is stagnant on this issue, we have a national government that is paralyzed by this issue, and New Jersey has an opportunity to lead the way,” Greenwald said.

“We believe that bipartisan efforts are where we will shine the brightest,” he said. “Where we have to stand alone, we are prepared to move.”

Murphy said he’d like to set limits on the capacities of ammunition magazines, prohibit the possession of armor-piercing bullets, advance smart-gun technologies, limit concealed carry, and take a statewide study of gun violence as a public health matter.

Regulating guns isn’t “a zero-sum question,” Murphy said, adding that, where the federal government lacks the political will to act, he’s amenable to regional and local responses.

Greenwald said his bills package doesn’t restrict the rights of law-abiding citizens and sportsmen, but is “designed to walk the line and respect the Second Amendment.”

In brief, the five laws he’s proposed are:

• A2761 – Reduces maximum capacity of ammunition magazines to 10 rounds; exempts firearms with .22 caliber tubular magazines from 10 round limitation.
• A2758 – Codifies regulations defining justifiable need to carry handgun.
• A2757 – Requires background check for private gun sales.
• A2759 – Prohibits possession of ammunition capable of penetrating body armor
• A2760 – Revises definition of destructive device to include certain weapons of 50 caliber or greater.

Attorney Brian McGinnis, a former Greenwald staffer who helped draft the language of the bills, said he believes limiting the capacity of a gun magazine or outlawing armor-piercing bullets can help limit the severity of a mass shooting. 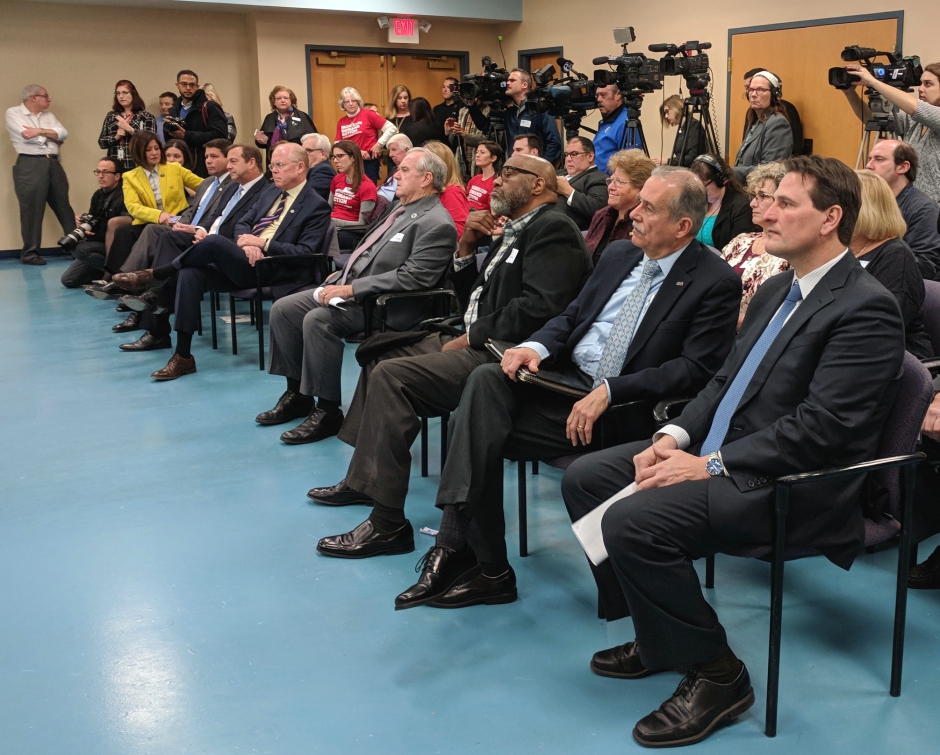 A crowd of gun safety advocates and local political figures listen to a panel discussion at the Katz JCC. Credit: Matt Skoufalos.

“If you hear critics of legislation like this, it goes along the lines of, ‘If we can’t fix everything immediately overnight, we shouldn’t try,’” McGinnis said.

“These moments when magazines are changed present key moments to impact or stop a mass shooting.

“This is about lives and families and people whose dreams are ended and lives are cut short,” he said.

Carole Stiller, president of the New Jersey Million Mom March, said she’d like the state to publish gun crime trace data, sourcing information from state police records to determine whether the same weapon is used in multiple crimes. Stiller said 87 percent of guns involved in crime in New Jersey originate out-of-state, and publishing the data could help limit their influence.

“Publishing this data becomes a catalyst to begin working with other states to amplify the message about certain ‘bad-apple’ gun dealers from hurting our communities,” Stiller said.

Cherry Hill Police Chief Bud Monaghan said gun violence even has a direct impact on communities where there’s never been a shooting. He spoke about the paradigm shift in law enforcement that comes from training children to shelter in place in schools, from seminars on violence in the workplace; “things that we never had to deal with in the past.

“Your children are traumatized,” he said; “even though they’re not victims of this violent act, they’re still being victimized by this issue.” 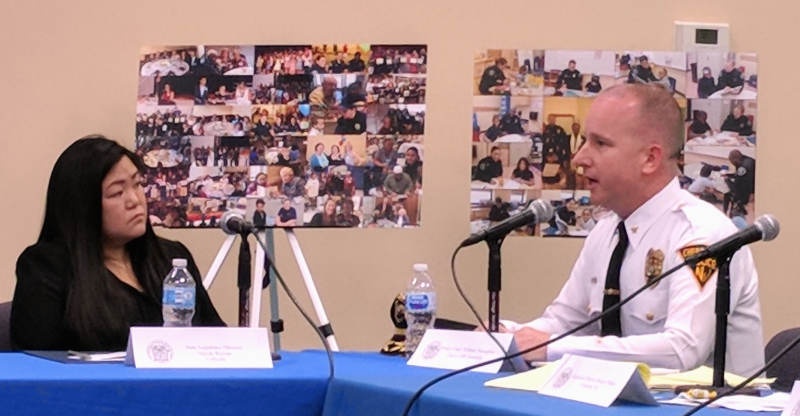 Beyond mass shootings, other panelists spoke about the looming impact of firearms escalating the stakes of household accidents, suicide attempts, and incidents of domestic violence, all areas in which advocates said legislation could make it easier for law enforcement to intervene.

Every Town for Gun Safety advocate Kelly Adams said engaging with her legislators was an antidote to feeling powerless in the face of rising gun violence.

“I remember feeling hopeless and helpless, and I never wanted to feel that way again,” Adams said. “I got into this work because I never wanted anyone to feel like this at any time.”

Acknowledging those feelings of discouragement, Reverend Bob Moore of the Princeton-based Coalition for Peace Action said commonsense solutions to gun violence are within reach when voters insist on them. He pointed to the 1991 state assault weapons ban as a watershed moment for gun control advocates because “it showed the NRA could be beaten.

“When we, the citizens, really engage, we can make a difference,” Moore said. “Partisan gridlock can be broken. It’s a team effort, and I think it needs average citizens like us.

“That is what people power does,” he said. “That is the way democracy is supposed to work to keep our community safer.”