Collections have been taken up for the eight women who lost all their belongings in Monday’s house fire. 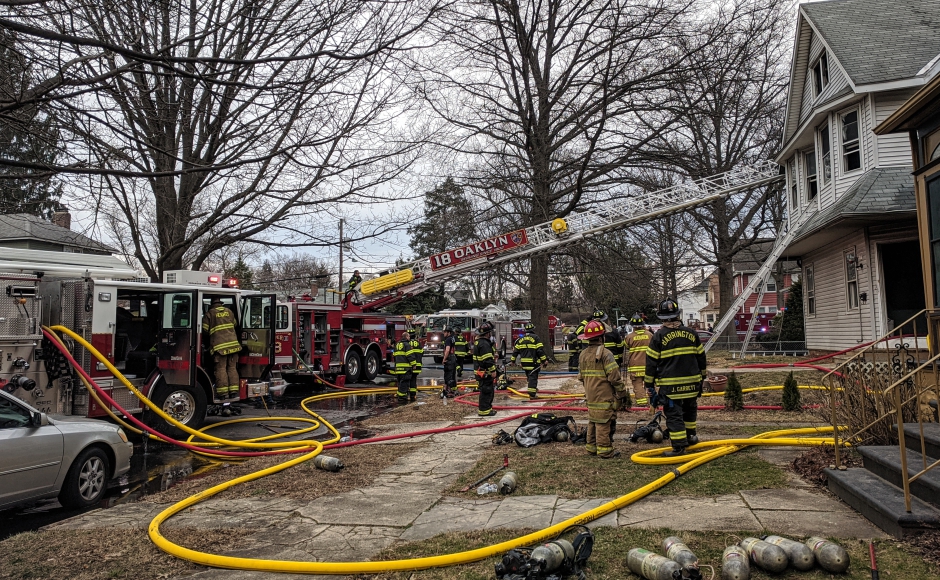 After a devastating house fire displaced eight women living in an Audubon group home on Monday, neighbors throughout the community have responded.

Collections went out almost immediately on social media after the two-alarm blaze ripped through the three-story, hundred-year-old home.

Not long after that, Haddon Township resident Dave Tauge offered up his Audubon party planning business, Sublime Event Design, as a donation drop-off.

The shop, located at 317 East Atlantic Avenue in Audubon, will receive contributions daily from 12 to 4 p.m. through Friday, March 6. (Anyone who can’t make those times is asked to coordinate a separate appointment, Tague said.)

On Wednesday, the storefront already was packed with bags of goods and clothing that had been gathered for residents of the Vassar Avenue house within the first 48 hours. Tague said the outpouring was overwhelming.

“I’m surprised,” he said. “I think it’s a great turnout. I’m sure anything helps.”

The collection hasn’t been sorted yet; other than bedding and jackets, the most needed items are gift cards and cash. Fire, smoke, and water damage made everything in the house unsalvageable.

As for the victims of the house fire themselves, George Kent, Regional Outreach Manager at Oxford House, said they have been relocated with relatives or within the Oxford House network.

“We’re being very flexible with them,” Kent said. “They’ve all been placed.”

Under the Oxford House model, people in recovery live together, share the cost of the rent and other bills, and make decisions about the home as a group.

There’s no limit on how long residents can live in an Oxford House, but the average length of stay is 18 months, he said.

Residents help keep each other accountable in their sobriety, and the homes have a zero-tolerance policy for relapses, “whether they use inside or outside the house,” Kent said.

“It’s not a treatment center, it’s a group of people living together, staying clean together,” he said. “They attend their own 12-step meetings; they keep track of each other weekly and daily.”

The future of the Vassar Avenue group home has yet to be determined. Kent said he didn’t know whether the landlord would choose to restore or demolish the property, or, if she did rebuild, whether the property would continue to function as a group home.

In the meantime, however, Oxford House is “definitely looking for another home” to replace the 10 beds that were lost in the destruction of the Vassar Avenue property. The nonprofit agency coordinates 150 locations in New Jersey alone, and opened seven more in the past three months, Kent said.

“We already have another lead on another house,” he said. “We’ll give the women [from Vassar Avenue]  first dibs on what becomes available.

“Once they find what they want, it’ll be their permanent location,” Kent said. “If we found a new house in Audubon, we would give them first choice.”