Trending
You are at:Home»Government»UPDATE: Nicholson Rd. Bridge in Audubon to Reopen August 3

After being put on hold during the 2016 TTF work stoppage, the $2.7-million county roadway project wrapped three months ahead of its re-scheduled conclusion. 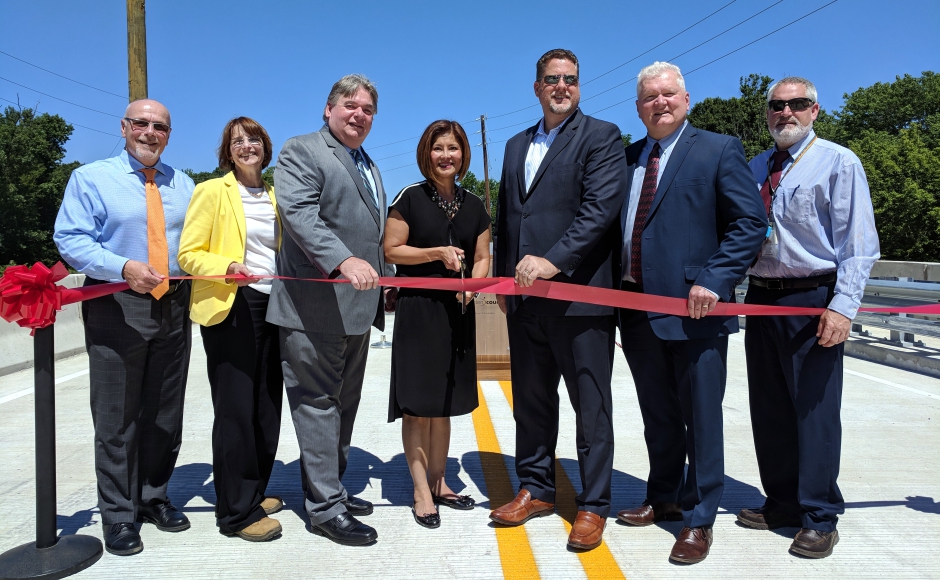 Camden County officials join commissioners from the Borough of Audubon in cutting the ribbon on the Nicholson Road bridge. Credit: Matt Skoufalos.

The added week-long delay is attributed to “safety fencing being on back order and workdays lost to rain,” according to Camden County Freeholder Susan Shin Angulo.

Nonetheless, the county government credits an aggressive work schedule and the use of prefabricated building materials in reopening the bridge in Audubon three months ahead of its original scheduled date.

Begun in October 2017, the $2.7-million Camden County roadway project has diverted traffic in Oaklyn, Audubon, and Haddon Township for about nine months.

The project affected commutes along Nicholson Road, at the Black and White Horse Pikes, and East and West Atlantic Avenues in that time.

Camden County engineer Kevin Becica said that although planners had intended to leave Nicholson Road open to traffic in one direction during the construction, they opted instead to divert it around the bridge so that crews could fix both sides of the bridge at the same time.

Initially slated to have begun in the summer of 2016, the bridge repair was one of several municipal improvements stalled by the failure of state officials to reauthorize money for the state Transportation Trust Fund. 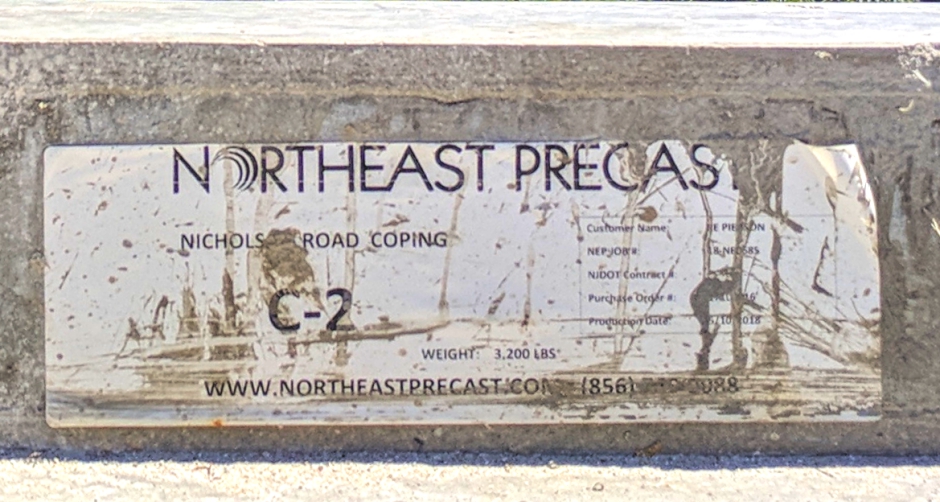 A segment of precast concrete on the Nicholson Road Bridge, sourced from Northeast Precast in Millville. Credit: Matt Skoufalos.

Audubon Mayor John Ward thanked local police from Audubon, Oaklyn, and Haddon Township for their work “to make sure things went as smooth as possible” during the construction.

“It’s crucial to all the commuters in the area [that the bridge reopens], but more specifically, to first responders,” Ward said.

The bridge will reopen to commuter traffic on Friday, July 27, after crews conclude work on safety fencing along the guardrail.