There were few surprises in an election that returned most incumbents to the ballot ahead of the fall midterm vote.

In Tuesday’s primaries, New Jersey voters returned incumbents to the ballots to defend their seats in what should be a fierce U.S. Congressional midterm race.

At the national level, New Jersey will elect 12 U.S. Representatives and one U.S. Senator this fall; locally, voters will elect three Camden County freeholders and a sheriff.

Of the municipal elections coming this fall, only those in Audubon Park, Haddon Heights, and Pennsauken will be contested on the ballot.

Embattled incumbent Democrat Bob Menendez fended off a challenge from media publisher Lisa A. McCormick, and will appear on his party’s ticket in the November general election.

In a videotaped message, Menendez thanked supporters, and spoke about “standing up to the Trump war on New Jersey,” his support for the Gateway infrastructure project, healthcare access, and the rights of Dreamers.

Thank you for once again putting your faith in me to be your Democratic nominee for the U.S. Senate. It is an honor to be representing New Jersey and to be running for re-election. #NJSenhttps://t.co/QvMTnBeOhX

“This is just the beginning,” Hugin said in a statement. “Our goal is victory in November and once again giving New Jersey a senator it can be proud of.”

Thank you New Jersey!! Overwhelmed and grateful to receive the nomination for US Senate. Thank you for the phone calls, the door knocks, the Facebook posts, the re-tweets and – most of all – your vote! -BH #NJSen 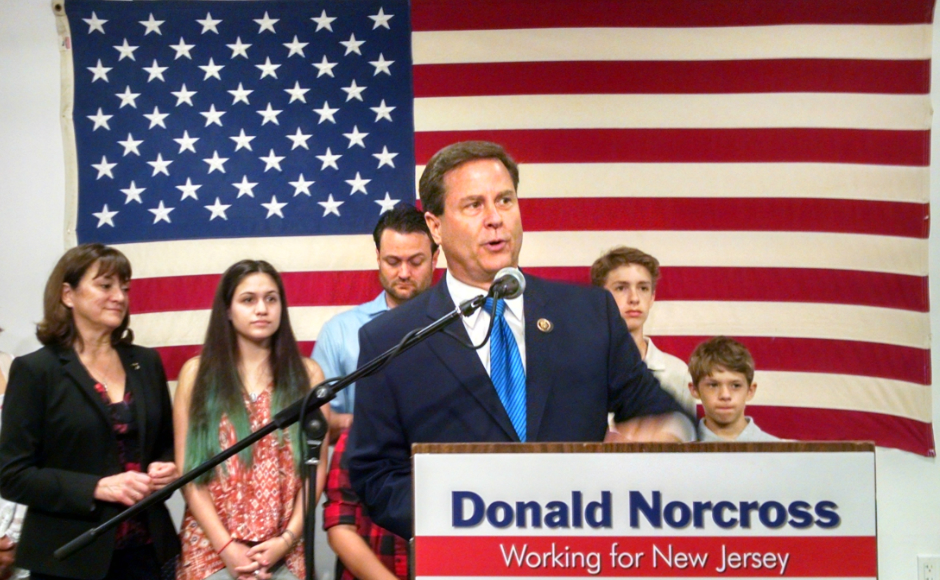 In the fall, he’ll face Republican Paul E. Dilks of  Washington Township, who ran unopposed in the primaries.

Republicans Keith Cybulski, Vincent Squire, and Claire Gustafson ran unopposed for their party’s nominations, and will face Nash, Angulo, and Moen in the fall general election.

The odd man out was incumbent Democratic councilman John Grasso. With no Republicans on the primary ballot, Scarpa and Sperrazza will run unopposed in the fall.

Municipal elections in Audubon Park, Haddon Heights, and Pennsauken will be contested in the general election, but weren’t at the primaries.

Below are live streaming election results for all the contested statewide races in the 2018 New Jersey primary elections, thanks to our partners at the Center for Cooperative Media and NJ Spotlight.