Trending
You are at:Home»Government»Route 70 Roadwork to Begin June 27, PSE&G Work Continues Next Week

Nearly eight miles of highway in Cherry Hill, from Haddonfield Road to the NJ Turnpike overpass, will be repaved. Sections of Routes 130, 70, and 38 are also under repair in Pennsauken for another week.

Next Monday marks the start of repaving work on Route 70 in Cherry Hill, the beginnings of a two-year, $9-million improvement project that will eventually lead to the entire reconstruction of the roadway in 2019.

The highway will be repaved nearly eight miles in both directions, or “more than 90 percent of one of the most highly traveled roadways in Camden County,” the Camden County Board of Freeholders noted in a press release. The work has been contracted to Joseph DeFino Trucking Co. of Keyport, according to the New Jersey Department of Transportation. 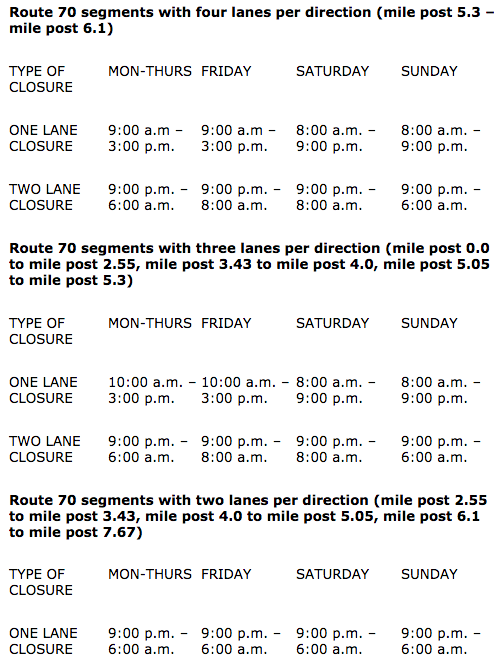 Beginning at the intersection of Haddonfield Road and proceeding eastbound towards the New Jersey Turnpike overpass, the project will close one highway lane during the daytime and as many as two during the evening.

Freeholder Susan Shin Angulo advised drivers to allow for the delays associated with construction, and to take an alternate route “whenever possible.”

“Anyone who drives on Route 70 is well aware this work is overdue and needed on this highway,” Shin Angulo said in a statement.

“Drivers will be faced with some inconveniences until this work is finished, but the reconstruction will be worth the hassle.”

The first two-and-a-half miles of the project should be completed by early 2017; the second phase, which covers another five miles of work, should wrap by fall 2017. In 2019, the entire length of Route 70 will be overhauled in a $50-million project.

Before that project is fully underway, PSE&G will continue to perform gas repairs along a number of nearby highways. That will extend detours along the northbound lanes of Routes 130, 70, and 38 and part of Admiral Wilson Boulevard westbound. Traffic from Route 130 northbound towards Routes 70 and 38 will be diverted to Cuthbert Boulevard via North Park Drive, after which both 70 and 38 are available.

“North Park Drive will experience significant congestion due to the new detour, but we’re hopeful that this utility work will be done at an aggressive pace so traffic can be quickly reconfigured,” Shin Angulo said in a statement.

PSE&G plans to complete its work on or around June 24.

On June 13, Camden County road crews also began working on Cooper Landing Road, beginning a $2.8-million, six-month project for the Route 70-to-38 connection. The job will bring “traffic striping, pavement markers and handicap ramps, along with the replacement of some curbing, driveway aprons and sidewalks,” according to a statement from the county.