We invited the Democratic and Republican candidates for township committee to tell voters a little about themselves ahead of Election Day. Here’s how they responded.

On November 5, Pennsauken voters will choose from among two balloted candidates to fill one seat on the township committee: Democratic candidate Almar Dyer and Republican candidate Nhuan Van.

(After having been appointed to fill the unexpired term of Jack Killion, the former Pennsauken mayor who resigned his post in July, Democratic nominee Tim Killion faces no balloted opponents for that seat.)

We invited each candidate to respond to the same set of prompts, telling voters about themselves, their priorities, and their views of the current state of the community. Here’s how they responded. Answers were edited for clarity and length. 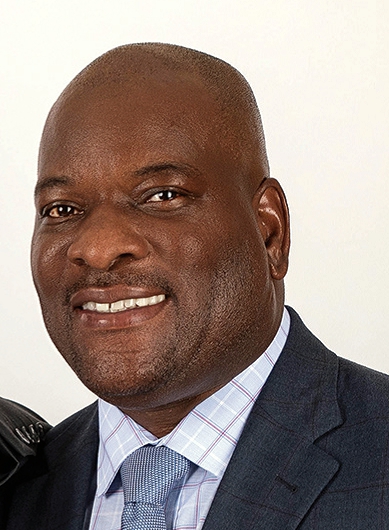 Dyer is running for Pennsauken Township Committee on the Democratic ticket.

Pennsauken Township has an obligation to offer transparency to its residents, and shall respond to the needs and concerns to continue the sustainability and safety for all.

Why would you like to serve on the borough government?

I truly believe if given the opportunity to serve my great community it would give me the capability to do great things in Pennsauken, and continue the work of a man I admire and consider a mentor, Rick Taylor. I’ve lived in Pennsauken over 18 years and I truly care about the future of this great town.

Continuing to hold the line on municipal property taxes. I will work closely with our CFO, administrators, and fellow members of the Township Committee to find creative ways to create new revenue streams. An example would be increasing the fines and registration fees for abandoned and vacant properties.

The second problem I see in Pennsauken is serving our aging community. I would like to develop more programs that assist our seniors to ensure that their needs are being addressed.

What are the biggest strengths of Pennsauken?

Our diversity. Our community should be a model for all towns on how people of all races, religions, and colors live together in harmony.

The second strength is our geographical location. Many businesses have chosen Pennsauken as their home because of our close proximity to all the major highways, bridges, and major cities. Our strong industrial and commercial residents help keep our property taxes stable.

I will promote a government that is inclusive to all residents. I will make myself available to listen to the concerns of my constituents. I will be dedicated and focused on making Pennsauken the best town it can be. 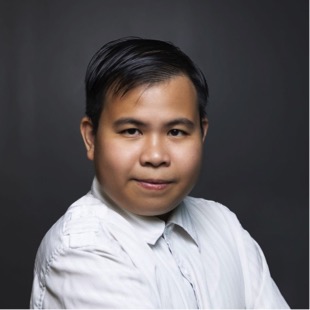 Van has volunteered with the Pennsauken Environmental Commission for three years, and donates his time to various community groups.

His hobbies include tennis, Tai chi, and chess.

I always believe in justice, accountability, and transparency. I have always admired and continue to follow in the footsteps of my two idols, Theodore and Franklin D. Roosevelt, as I vow to continue their progressive legacy. Both spent their entire lives to reform our beloved country and its governmental system to make sure the common American public will live in better conditions and can be proud to called themselves U.S. citizens.

Why would you like to serve on the borough government?

This famous quote by Theodore Roosevelt captures my answer the best. It touches the similar state that our local government in Pennsauken and surrounding townships have transformed into: an invisible local government that does not always serve the peoples’ real interests.

In some instances, some officials may have done things due to personal interests for over a decade after they were elected. My reason in serving the local borough government is to bring back justice, accountability, and transparency to Pennsauken, which has been long run by the current officials. They have sat on the Council for over a decade, and have quietly passed along the torch to their family members.

This is not how our local government should run our township. I am here to improve and bring positive changes to our township by going forth with my plans if elected.

“A great democracy has got to be progressive or it will soon cease to be great or a democracy.”

Pennsauken has struggled for the past decade to attract developmental businesses. We have only managed to bring in businesses that generate low amounts of traffic, jobs, and tax revenue in the past decade. Internationally, business models and structures are transforming. The amount that are leaving Pennsauken is greater than the amount that are coming in. We can drive through the industrial area and see it for ourselves.

The second biggest challenge is hand in hand with the first challenge, which is to transform the processes business needs to deal with in order to start up and operate. Again, as businesses evolve, we must do the same. At the moment, to start and run a business in Pennsauken is a nightmare for many entrepreneurs. My plan is to allow processes to streamline and make it easier to businesses to grow.

The third biggest challenge is to address how we will supply the businesses with employees that should mostly be Pennsauken residents. To do this, we must improve the Pennsauken education system. This goes from K-5 to adults.

Currently, we have continued to spend wastefully each year. As taxes skyrocket, our taxes have no impact in all scopes of education at Pennsauken. I will put a stop completely to spending on things that do not help our residents and children, and redirect the budget to things that directly impact our community to ensure we are ready to compete nationally and internationally.

What are the biggest strengths of Pennsauken?

“I am a strong individualist by personal habit, inheritance, and conviction; but it is a mere matter of common sense to recognize that the State, the community, the citizens acting together, can do a number of things better than if they were left to individual action.”

I am very proud and happy to see various multicultural communities are growing in Pennsauken and coming together to live in our peaceful town.

“Our aim is not to do away with corporations; on the contrary, these big aggregations are an inevitable development of modern industrialism, and the effort to destroy them would be futile unless accomplished in ways that would work the utmost mischief to the entire body politic. We can do nothing of good in the way of regulating and supervising these corporations until we fix clearly in our minds that we are not attacking the corporations, but endeavoring to do away with any evil in them. We are not hostile to them; we are merely determined that they shall be so handled as to subserve the public good. We draw the line against misconduct, not against wealth.”

Residents can expect positive changes. All the things I’ve mentioned, I will do my best to make happen.