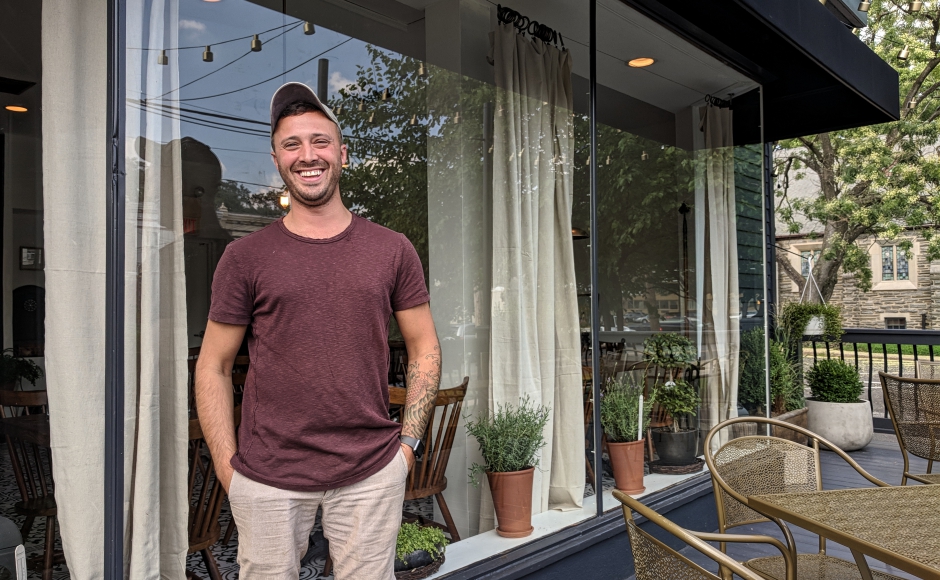 “Collingswood, to me, is a hot town,” said restaurateur Jason Simkins.

“Everybody from Philadelphia knows about Collingswood,” Simkins said.

“There’s been this explosion in the food scene.”

To that list, Simkins would like to add his own fine dining statement: Porch and Proper, a modern American eatery that opens August 28 in the former site of Collingswood mainstay Inde Blue.

Simkins, a 10-year veteran of establishments like Buddakan, Alma De Cuba, Morimoto, Parc, and Jones, said restaurateur Stephen Starr instilled in him “an obsession with perfection” in the dining experience that permeates his management philosophy. 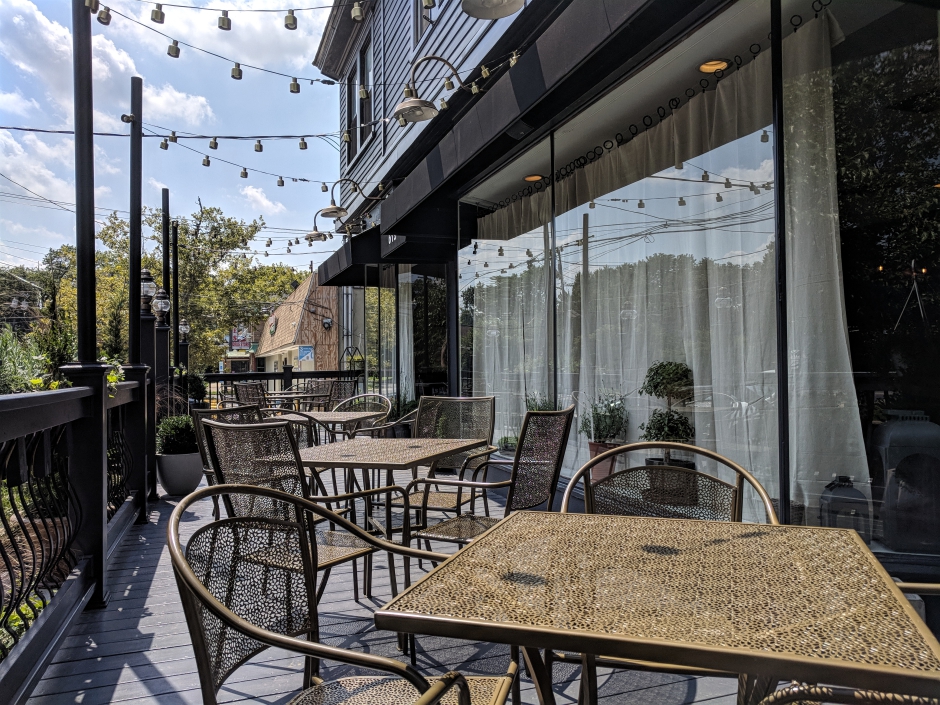 It’s a singular focus he sees as being shared among his fellow Philadelphia transplants.

“One of the reasons that we picked Collingswood is that the new guys who have come here to open these restaurants are doing things in a very familiar way to people like me, who come from Philadelphia restaurants,” Simkins said.

“They’re doing exciting food; things that are innovative, not the normal.

“The expectations of service are different from a lot of other New Jersey establishments,” Simkins said. “I felt like we were in good company.”

At Porch and Proper, Simkins aims to replicate that Starr-caliber service in an environment that aspires to “thoughtful dining” rather than fine dining. The distinction, as he sees it, lies in providing hospitality without the stuffiness. 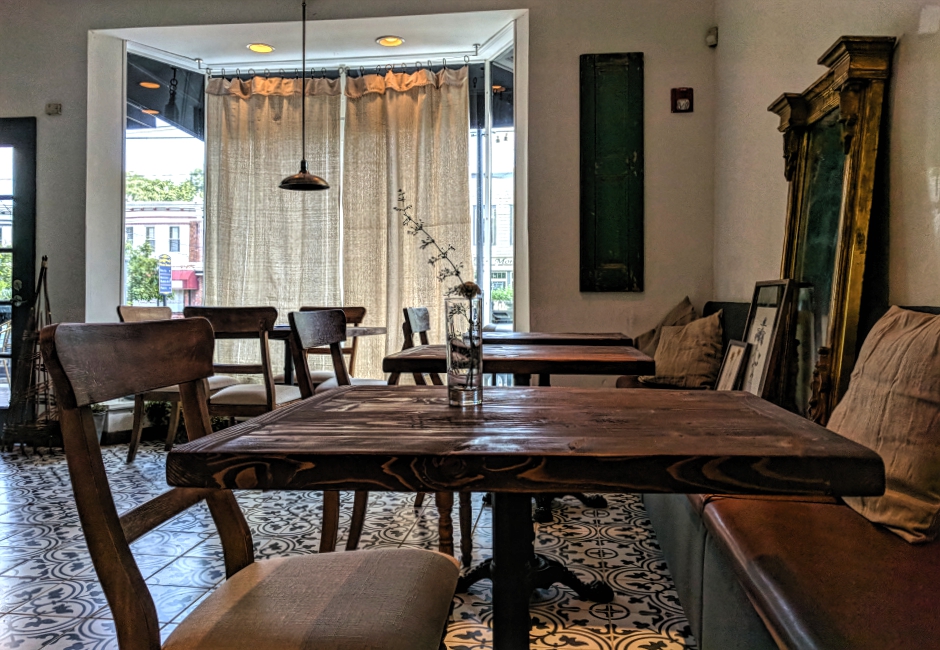 That extends from a cultivated atmosphere of comfortable lighting and music to seamless, fluid table service.

“Hospitality is when something happens for you; the service is just happening around you,” Simkins said.

“I’m very particular when it comes to creating an experience and making sure that the guests, when they’re here, are enjoying their experience.”

The experience at Porch and Proper is built on a foundation of sweat equity, as its new owners have thoroughly gutted and remodeled the former Inde Blue restaurant.

The main dining area has been opened up, and banquette seating added to accommodate up to 50 guests inside. The broad front porch that is the restaurant’s namesake can host another 20 or so for dining al fresco. 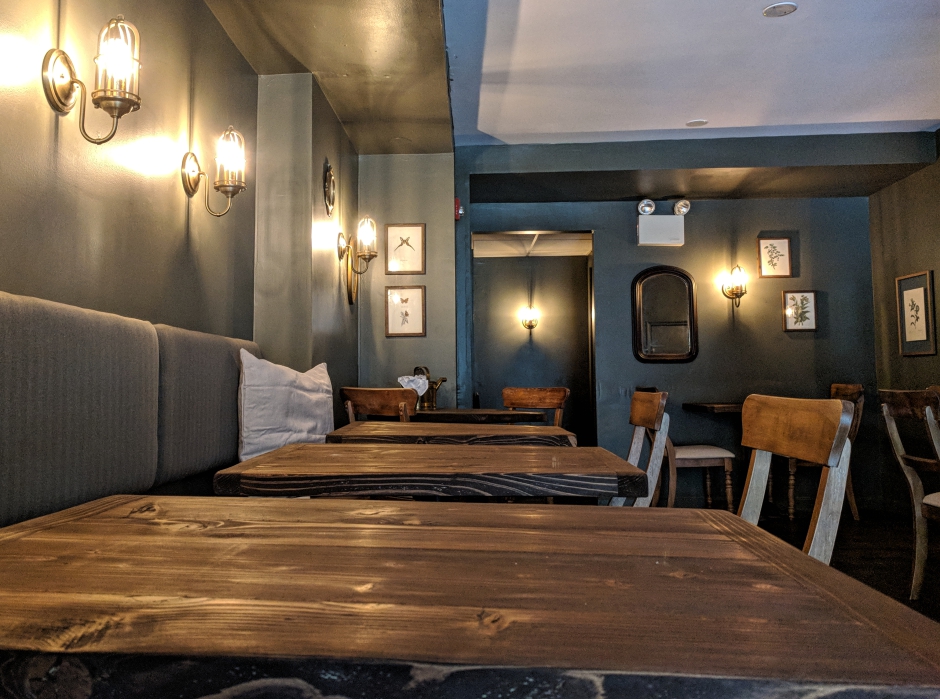 With new track and pendant lighting, sheer curtains, and a brightly retiled floor, its interior feels bright and airy.

Gardening prints, wooden antiques, and farmhouse tables communicate an aesthetic that, like the menu, marries elements of French and American influence.

“We wanted to make sure that the space not only could stand up to the fine elements of Ryan’s cooking, but we also don’t want to take ourselves so seriously,” Simkins said.

“It’s as contemporary and modern as an American restaurant should be.”

Chef Ryan McQuillan describes the cuisine as “modern American,” drawn from a variety of regional farms and vendors, including D&V Organics of Swedesboro, the Browns Mills-based Pinelands Produce, and Cherry Hill’s Indogrow Farms. 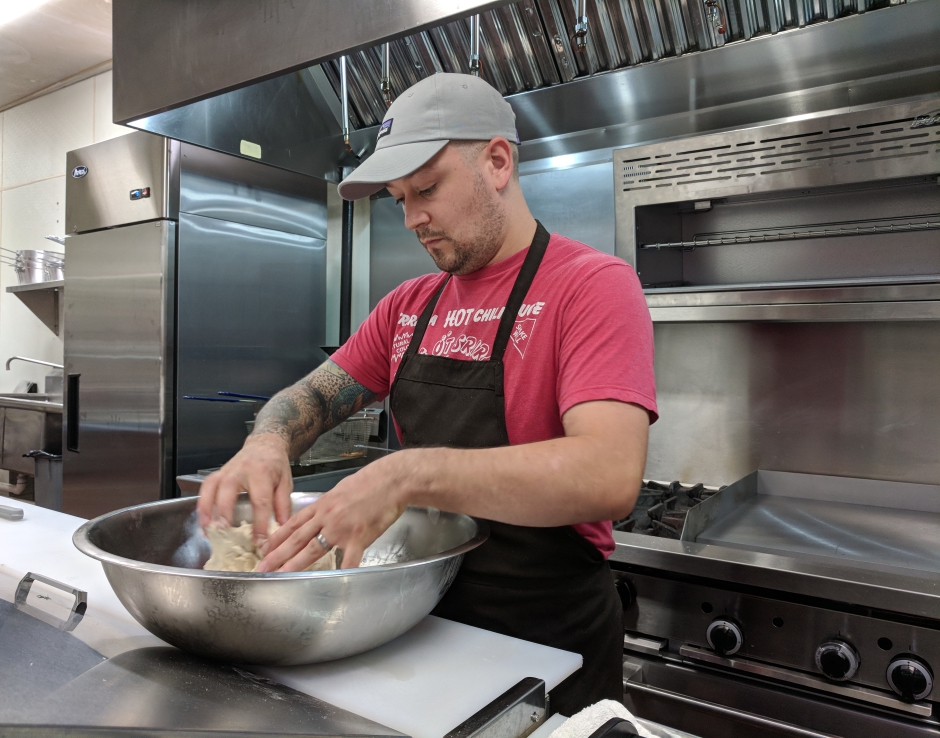 “My approach is seeing what’s in season and going from there,” McQuillan said.

“You can feel when you sit down here where we draw our creativity from.

“We’re thinking about where all the food is coming from.”

A Philadelphia native, McQuillan honed his chops at a number of restaurants in the city, including Mercato, Le Bec-Fin, and Chabaa Thai, but his most influential assignment was at Talula’s Table in Kennet Square.

There, under chef-owner Aimee Olexy, McQuillan gained an appreciation for the complexities of sourcing and staffing as much as flair and flavor. 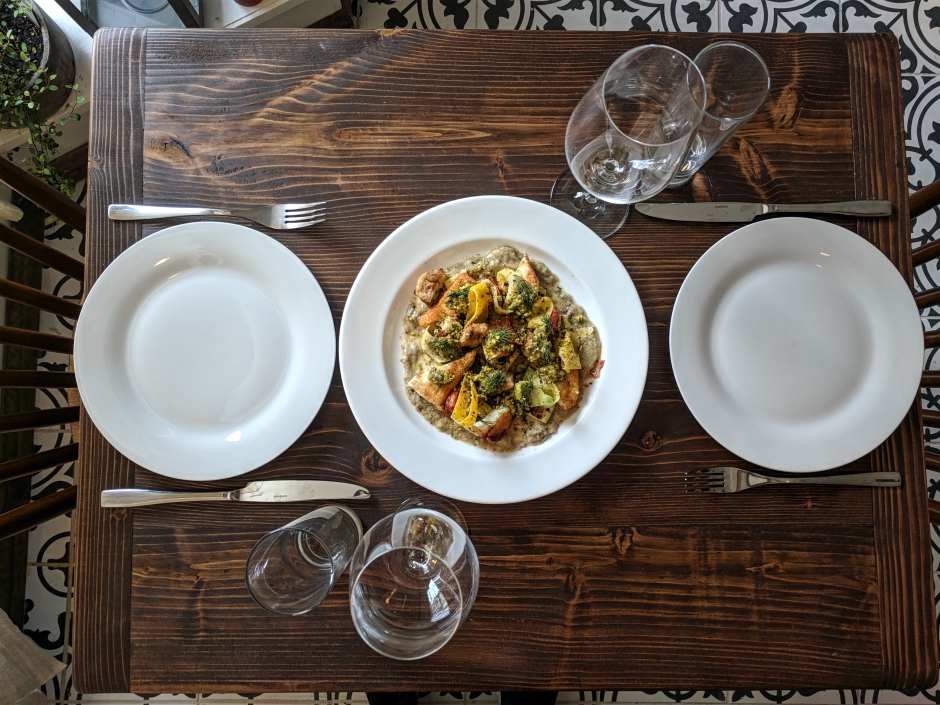 The chef has also created a menu that leans on slow-food philosophy to bridge the serious and the whimsical.

A shrimp cracker with Old Bay seasoning and lime aioli is presented in a Chinese restaurant-style takeout box.

The donuts-and-foie small plate serves up Hudson Valley foie gras with a cardamom-sugar yeast doughnut with rosemary and macerated blueberry.

Vegetarian dishes include grilled halloumi with pureed eggplant and zucchini, roasted tomatoes, and a pistachio-and-tahini vinaigrette. 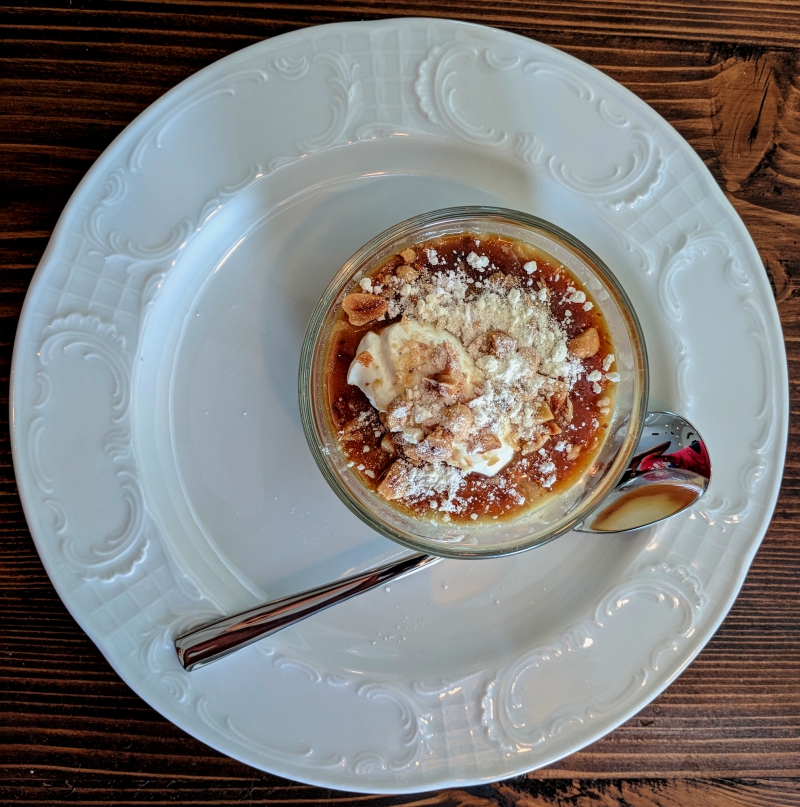 Desserts will include a miso butterscotch budino with dark chocolate cocoa nibs and toasted hazelnut, and a made-to-order funnel cake with blueberries, sugar, torn mint and burnt honey sauce.

In addition to offering BYOB service, Porch and Proper will also feature a selection of New Jersey wines in partnership with Amalthea Winery of Atco.

The restaurant heads for an August 28 grand opening, with reservations accepted beginning August 14 via the Resy app.

Simkins and McQuillan note that the restaurant is currently hiring for all positions.