The French BYOB from chef Mike Stollenwerk and manager Felice Leibowitz will open its doors June 19, just half a block away from Two Fish, the couple’s successful seafood restaurant. 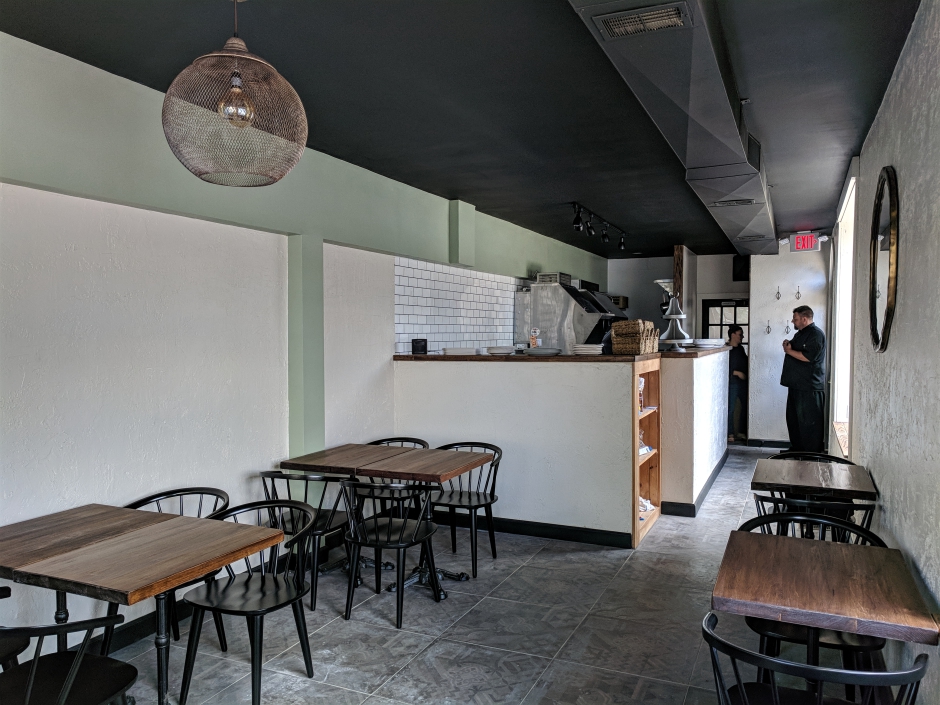 “When did you open?”

“We’re 100 feet off the main avenue there, and it’s like we’re a hidden gem,” Leibowitz said.

Their next endeavor, although slightly smaller in scope, will be much harder to miss.

Situated just half a block away, at the corner of Kings Highway and Haddon Avenue, The Little Hen opens its doors next week. An 18-seat bistro with an open kitchen and French menu, the restaurant reflects Stollenwerk’s return to classic techniques he honed in culinary school.

It’s also an opportunity to fill a niche in the area dining scene.

“Everything French is really a labor of love because it’s not quick to cook,” he said. “Everything takes time. It’s a lot of braised stuff, and a lot of depth of flavor.”

Its meat-driven menu complements the seafood offerings provided at Two Fish. Stollenwerk said a la carte entrees will be offset by shareable items for the table, appetizers, and sides. 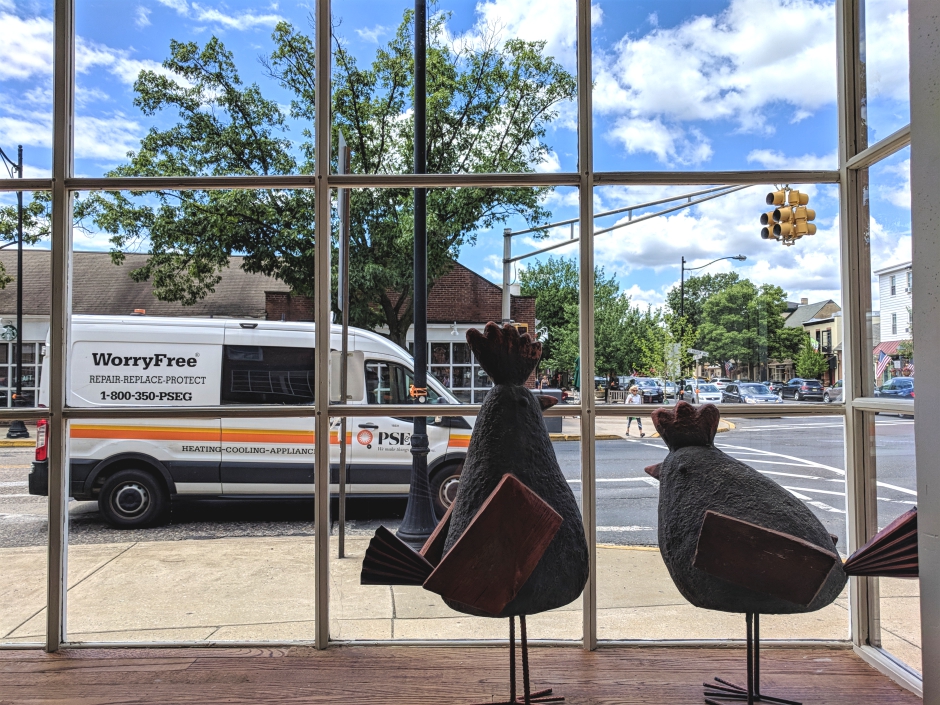 View from the window inside The Little Hen. Credit: Matt Skoufalos.

“We have one fish on the menu, a sole meuniere—it’s in a lemon brown butter, pan-fried, with capers,” he said.

“[The preparation is] simple, and it will let the fish shine like we do at Two Fish.”

Chef de cuisine Brandon Pavlovich, who’s been with Two Fish since it opened, will execute the menu at The Little Hen.

Stollenwerk’s mother, Karen Adams, who handles the desserts, will be producing a hundred-layer crepe and a chocolate pot de crème for the bistro, among other selections.

The couple hopes the corner location (formerly The Candy Buffet storefront) will help refer business to Two Fish as well. Reservations at The Little Hen may be tight given its limited seating (al fresco tables will come later), but fans of Stollenwerk’s cooking will be able to enjoy it just as much a few storefronts down.

“Our main objective is not to compete with ourselves so much down at Two Fish,” Stollenwerk said.

The couple created the space together, and its intimate dining room shows off their handmade touches throughout. Laser-printed, cement fleur-de-lis floor tiles provided the earliest style cues, Leibowitz said; the hanging sign was printed from an illustration she made.

Stollenwerk designed and built its poplar tabletops, flower boxes, and kitchen rail. During the five-month fit-out, contractors opened up a window that had previously only been visible from the exterior of the building. The open kitchen concept was dictated partially by the space and partially by the BYOB environment in which Two Fish has made its name, Leibowitz said. 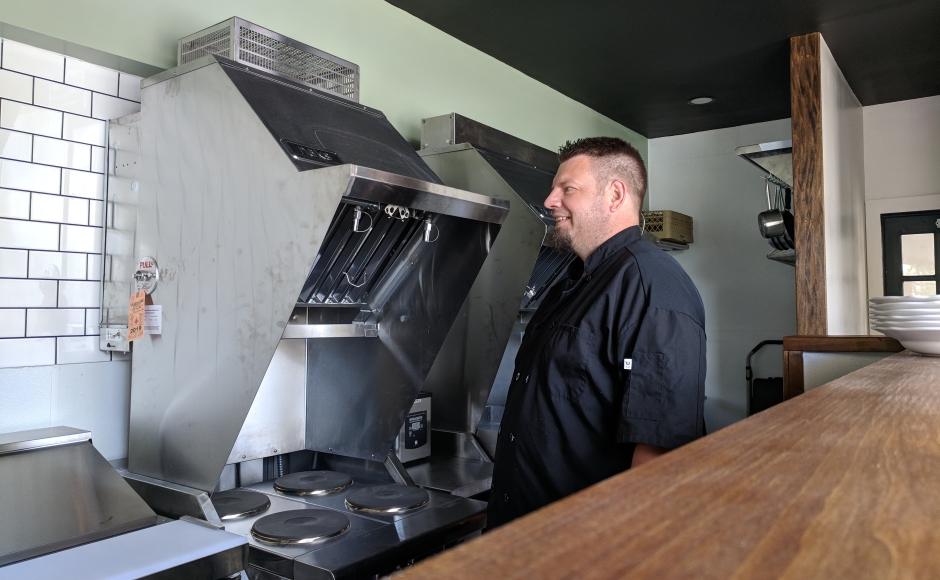 Chef Mike Stollenwerk in the kitchen at The Little Hen. Credit: Matt Skoufalos.

“It’s a small town, so people love knowing the face behind what’s going on, having that interaction,” she said.

“When people are supporting you, they want to see you.”

“We’ve got a great clientele; a great following here in Haddonfield,” Stollenwerk agreed.

“It’s a great little town and I think the restaurant scene’s coming around.”