The new-look pub is ready for its grand reopening on Saturday, with a clean, fresh approach to the comfortable service and family atmosphere patrons have remembered for decades. 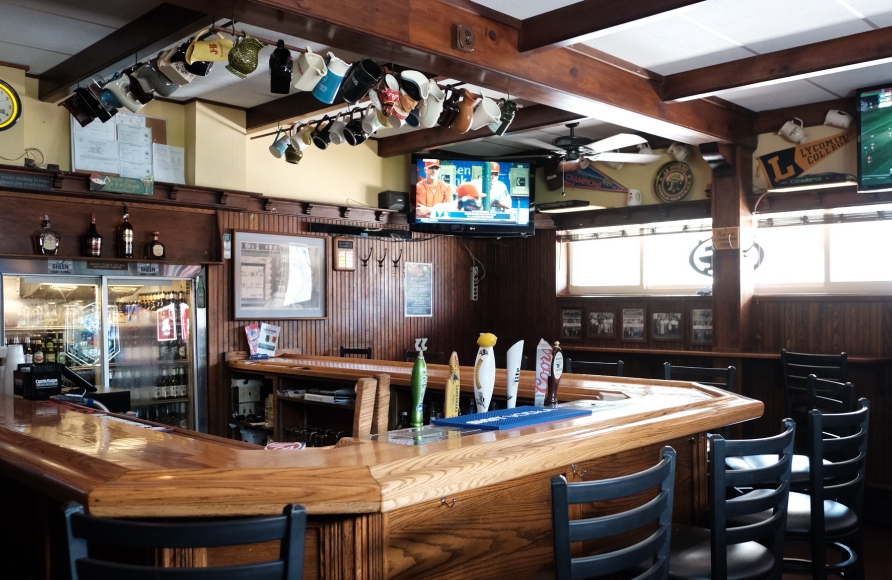 Upon revisiting the newly renovated Oaklyn Manor Bar, regulars shouldn’t expect too many surprises, and that’s exactly how new owners Lisa and Allison Del Duke and Gary Mullins want them to feel.

But even longtime patrons would be hard-pressed not to notice a difference in the cleanliness and atmosphere of the pub, which the trio has spent the past several months restoring to operation condition.

Undoing the deterioration from the seven months the building spent shuttered was the new owners’ primary goal. Since opening for Derby Day only three weeks after closing on the property, the Manor has otherwise limited customers to its front bar area during the renovations.

“We took the time to figure out what it was we really bought,” Mullins said. 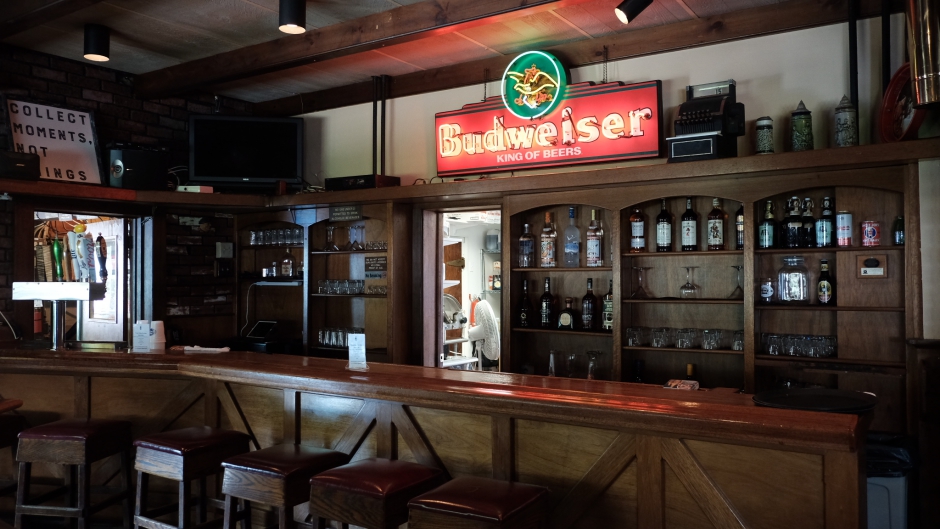 The bulk of cosmetic changes to the bar are most observable in its middle dining room, which benefited from a fresh coat of paint, new seats and tabletops, and a thorough scrub-down, which Mullins said involved getting “smoke from the 1970’s off the ceiling tiles.”

Other back-end changes will be just as important, yet even subtler.

The Manor re-opens with a new, glycol-cooled beer system that will allow draught beer to be poured in the dining-room bar, a replacement soda system, a renovated kitchen, and a new walk-in basement beer cooler.

When Mullins describes his approach to the bar as “holding onto tradition,” he points first to the 30-year tenure of veteran bartender Tim O’Malley, his brother, Tucker, who’s logged 20 years, and the new addition of Tim’s son, Tim, Jr., to the staff. But the Manor of 2016 also owes a lot to a deep partnership with its neighbors at Tonewood Brewing, the microbrewery up the block that Lisa Del Duke described as a lynchpin to the community revitalization. 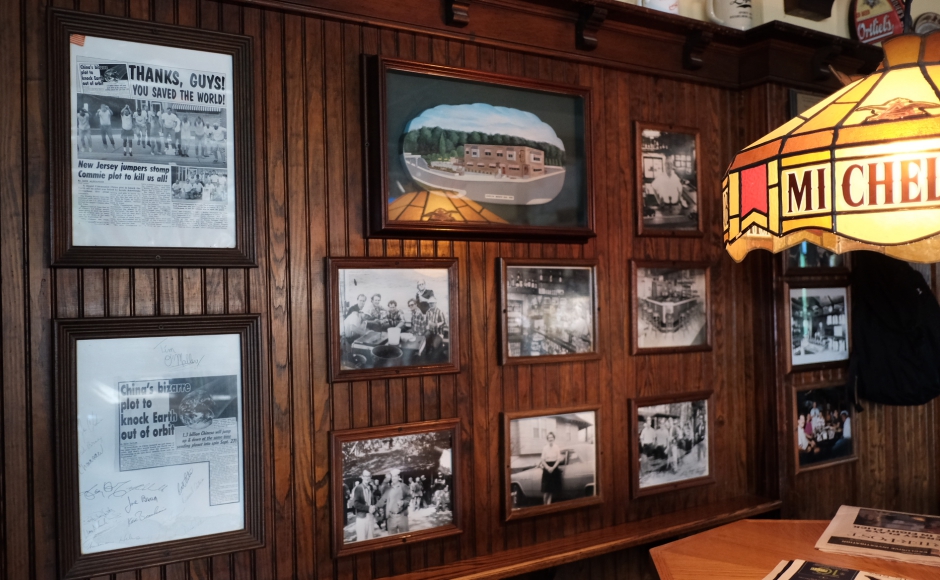 Little of the familiar decor at the Oaklyn Manor Bar has changed. Credit: Tricia Burrough.

Staff from the brewery designed and installed the new beer system at the Manor, which will open with five Tonewood beers on tap.

Lisa Del Duke said the brewery also has plans to make an exclusive draught lager for the Manor.

“It’s a wonderful synergy,” she said.

“We do a lot of cross-marketing,” Mullins said. “[Tonewood owner Eli Facchinei] is telling people when they close at 10, come down here. We call it the Tonewood rush.”

Tonewood beer has even been incorporated in the revamped Manor bar menu in the form of an amber-ale pork slider marinade and IPA shrimp tacos. 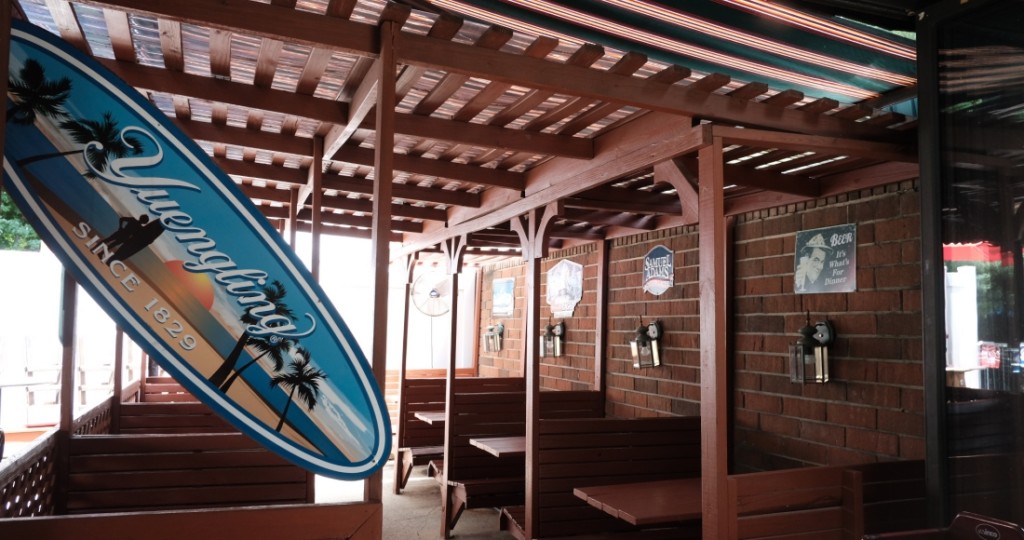 The patio at the Oaklyn Manor celebrates its 40th year of operation in 2016. Credit: Tricia Burrough.

“Our plan, going forward, is to buy local and promote local businesses,” Lisa Del Duke said, noting that until the kitchen was ready for service, the Manor had enjoyed supportive take-out arrangements with its West Clinton Avenue neighbors at Philly’s Phatties and Viola’s Neighborhood Deli.

Mullins said the Manor bar menu will be competitively priced with those of other area bars, and will feature new twists on old favorites.

“We’re all familiar with the Manor food because we’ve all been eating here forever,” he said. “We’re sticking to what the Manor should be: pub food.” 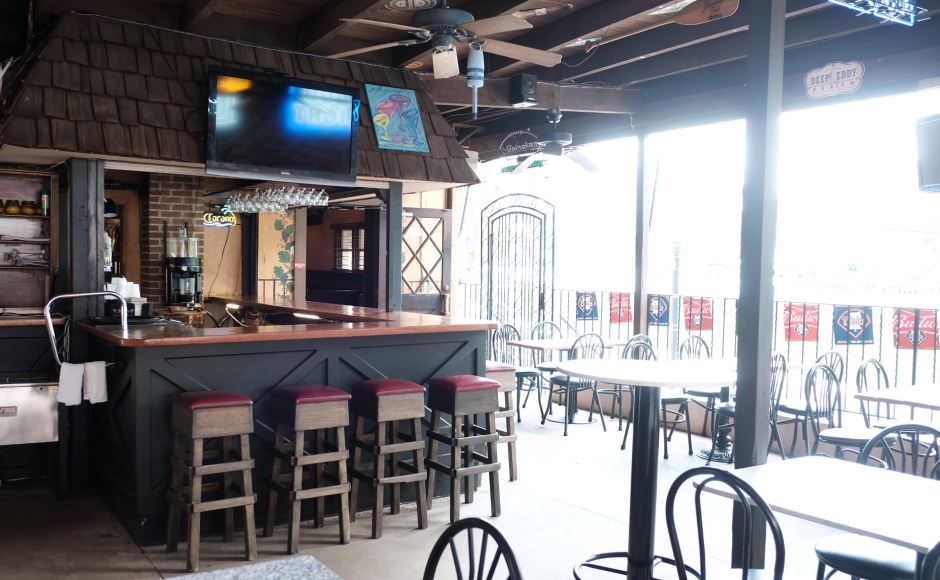 “We wanted to give fresh life to the menu,” with an aim towards “more homemade” items, Lisa Del Duke said.

She thinks customers will enjoy a new Buffalo wing recipe that involves a 24-hour brine, oven-bake, and fryer finish.

The kitchen prepares all sauces from scratch, including the tomato sauce that tops its flatbread pizzas.

The 130-seat tavern features three bars, a dining room, and full-service outdoor patio (which Allison Del Duke notes is celebrating its 40th anniversary this year). It’s open daily from 10 a.m. to 1 a.m., with food available from 11 a.m. to midnight. The Manor is permitted to serve alcohol in its parking lot, and the owners anticipate using that space for additional outdoor events in the future, including live music.

At the grand re-opening on Saturday—which the owners promise will be “low-key”—Cuervo promotional representatives will help ring in the celebration at 9 p.m. with giveaways. 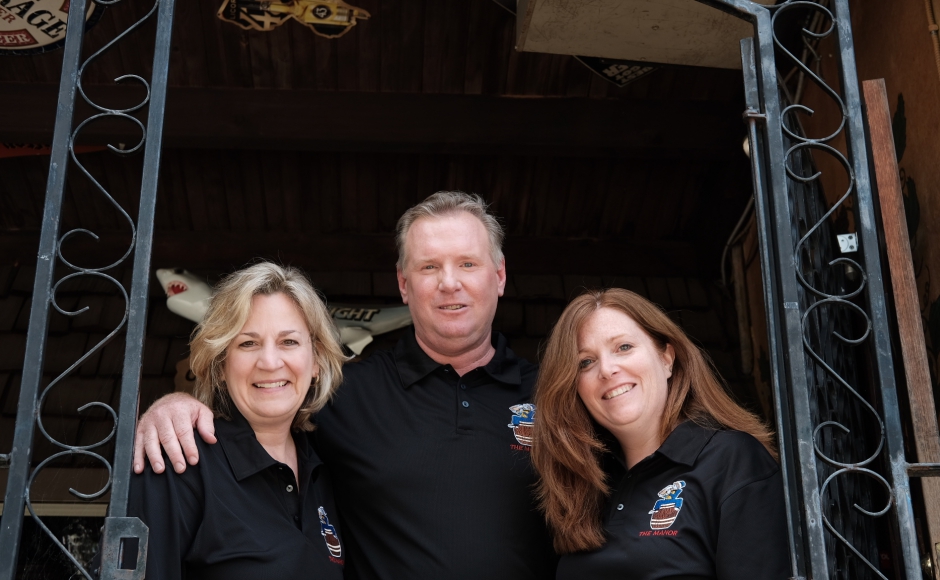 Lisa Del Duke said that in the past 18 months, the new owners are most grateful for the support they’ve received from the community as work on the business progressed.

They hope the Manor will help advance the revitalization of Oaklyn, and are excited to play a part in helping push the small community forward.

“We’re thrilled about all the activity on West Clinton and what the town’s been doing,” Lisa Del Duke said.

“We’re appreciative that everybody is anxious for it to be open, that they want to come back, and we hope they like the changes.”