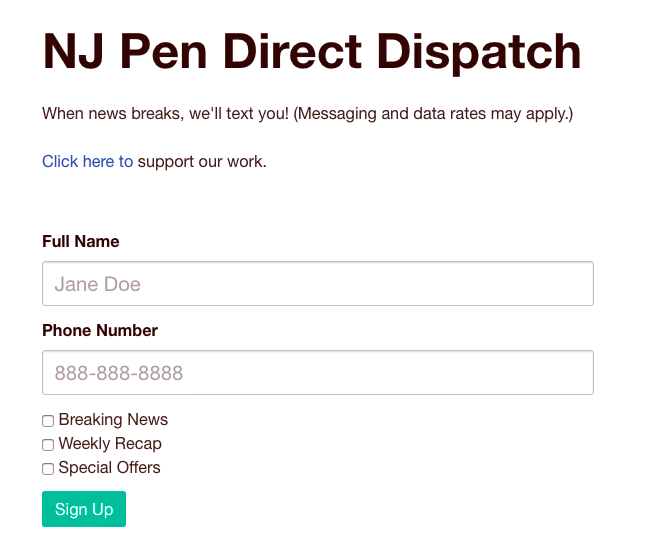 In March 2017, NJ Pen was awarded a $5,000 grant from the Center for Cooperative Media to innovate around news delivery on mobile devices.

Through a collaborative effort with the Philadelphia-based web development firm, P’unk Ave, and the generous hosting support of Linode, we’re finally able to share the results of that effort.

The problem we set out to solve is one of distribution.

Although a lot of readers find our work organically, so much web traffic today is contingent on social media referrals.

Given how frequently and drastically changing the ways that platforms like Facebook handle news (and news outlets themselves), social media simply can’t be the only way our stories find their audiences.

For all their potential, social media updates almost never reach as many readers who follow our work as they could. A 2016 study reveals most posts to be fairly short-lived: on average, a Facebook post maxes out at about five hours; the half-life of a tweet is about 24 minutes.

Furthermore, despite a robust readership, our readers have been less reliant upon a typical delivery system like e-mail (and there’s always the risk of being overlooked in a crowded inbox).

For a lot of businesses, the solution could be to create an app. But NJ Pen already performs well on mobile devices, and we worried about cannibalizing our content, or our audience, to say nothing of the costs of developing, hosting, and monetizing an app. 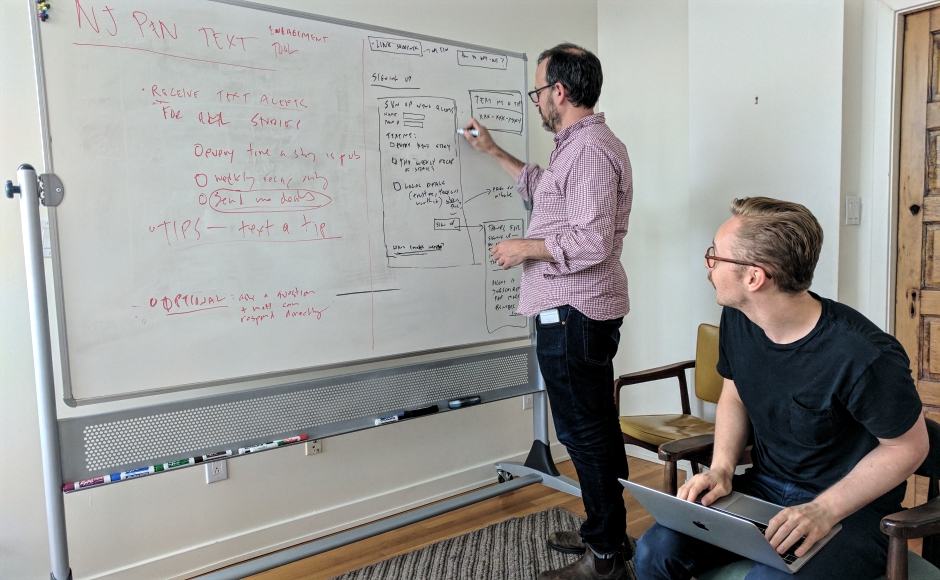 What we came up with instead is NJ Pen Direct Dispatch: a two-way broadcast channel that puts our reporting directly in the hands of our readers, and gives them a way to reach us.

Sign up, and we’ll text you a link when we publish: once per story, or once per week.

There’s an optional enrollment for special offers from businesses in our coverage area.

Readers can use the “Submit a Tip” field to text us, too. The entire service is free to use.

P’unk Ave principal Geoff DiMasi described Direct Dispatch as an experiment to create “the lightest-weight thing we can build” on a $5,000 budget.

“Text [messaging]  is personal, lightweight, universal to almost anybody who has a device, and leverages this idea that people would want to have some relationship with the publication,” DiMasi said.

“It’s a very simple idea that doesn’t require somebody to be as committed to this particular publication [as downloading an app]  to consume it,” he said.

“People don’t have to be on a particular operating system or device, and they don’t need to download anything” to use Direct Dispatch, said P’unk Ave development lead Austin Starin, who programmed the service. 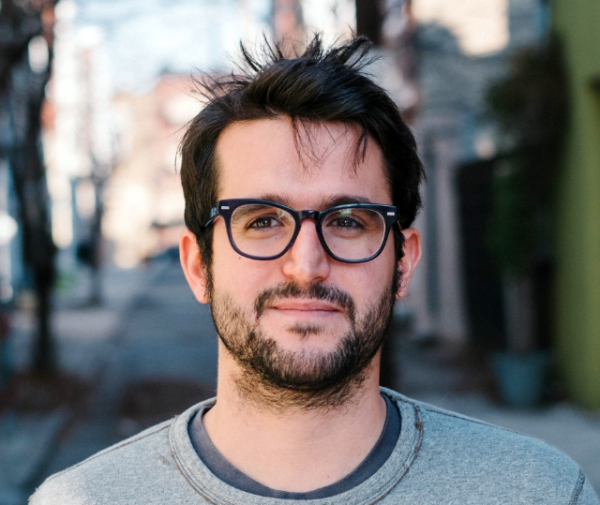 Effectively, it’s a prototype service, but Starin said it’s conceivable Direct Dispatch could be replicated in other independent newsrooms if it works.

The “Submit a Tip” function gives Direct Dispatch the capacity to help deepen connections among NJ Pen and its readers, as does the added possibility of exclusive local business deals for those who opt in.

“What is an advantage that hyperlocal journalism has over others?” DiMasi said. “To me, it’s the trust that somebody like NJ Pen has within a local community. They’re reaching out to you as a resource. How do you leverage that strength?”

Try out NJ Pen Direct Dispatch yourself. Tell us what you think. Sign up here.