Trending
You are at:Home»Arts»NJ Pen Q&A: Alan Willoughby Says Goodbye to Perkins Center for the Arts

Willoughby, who leaves to continue his ceramics work, will be succeeded by Karen Chigounis. Both offered their thoughts on the state of local arts in South Jersey. 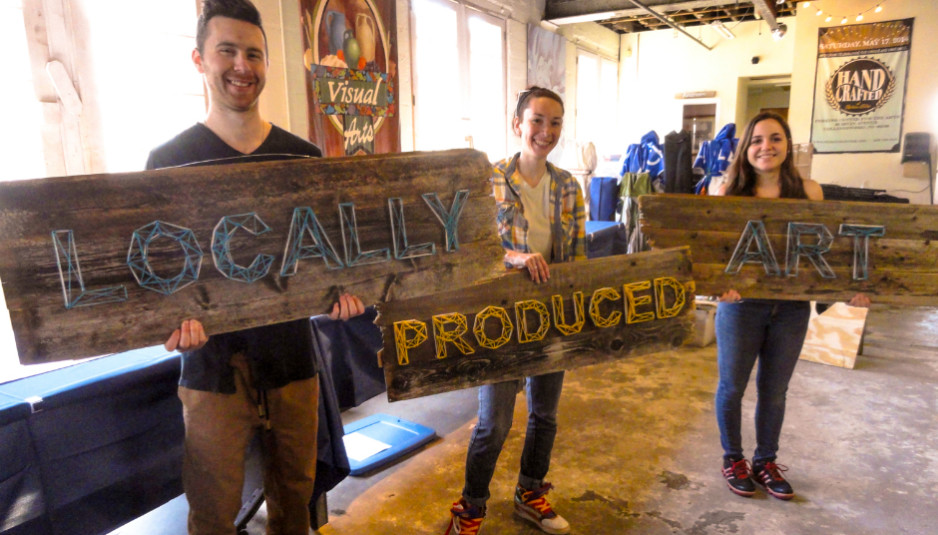 For 25 years, ceramics artist Alan Willoughby has been the face of the Perkins Center for the Arts. On Sunday, he officially flips the keys to new Executive Director Karen Chigounis, who has an 11-year tenure with the organization.

We spoke with Willoughby and Chigounis about their experiences with art in the local community, their wishes for the future, and how the Perkins Center continues to be a vital force for the arts in South Jersey.

NJ PEN: As you say goodbye to Perkins, what are some of the highlights of your time there?

ALAN WILLOUGHBY: When I first learned about Perkins, I was very impressed by the quality of the arts that are represented here, both in our shows and the caliber of instruction in the programs that are taught. Perkins has had a real commitment to outreach, going into the community and making sure that there are programs and opportunities for everyone regardless of their ability to afford to take the class.

The program that immediately comes to mind is the summer arts camp in 1990. Camden residents attended on scholarships funded by the Campbell’s Soup corporation. That’s evolved into an arts-and-eco program. With the loss of funding from Campbell’s soup, we’ve had to find other sponsors; Subaru of America has been supportive, the Mildred Davis Foundation.

The other thing that I’ve always loved about Perkins, and that I’ve tried to build upon, is its connection to community. In 1990, that community was Moorestown. As we expanded into a second facility in Collingswood, that’s become two towns in two different counties. We’re able to maintain a focus on the community, to grow the organization, while still staying connected to two very complementary but very different communities.

An unexpected plus to having two sites is the way that one community and setting helps inform the other. We bring information from one that helps the other, and vice versa. That’s made us stronger as an organization overall.

NJ PEN: You say “arts and ecology,” and I think of how sustainability has been a big bridge for Perkins in its recent outreach, like the rain garden in Collingswood and at the nearby Zane North Elementary School.

WILLOUGHBY: Over the years, we developed programs that really tried to connect the arts and environmental concerns: the rain garden, creating tiles in benches that surround the rain garden, the tile and mosaic tree on the wall.

You don’t want a [real]tree in the rain garden because it would prevent the plants from getting the sunlight they need to get healthy and strong. We’ve done that over here at Zane North School, at a school in Camden, at our site in Moorestown.

We have some great events like Handcrafted and Empty Bowls. Each year, [ceramics studio manager Paul Serena]takes the next step with it in terms of making more bowls, engaging more people in the process, and, as the word has spread about the event, so many more people are showing up. As a part of that process, they’re supporting the Food Bank of South Jersey and the scholarship program at Perkins.

NJ PEN: Why was now the right time for you to step down? What will you be doing after you leave Perkins?

WILLOUGHBY: I feel like leadership is something that should be passed on at a certain point, and 25 years is a nice number. The other thing is that I’m a ceramic artist, and although I’ve kept up my work in the time that I’ve run Perkins, I haven’t been able to put the time in like I’m doing now. I’m going to be able to approach working in the ceramics field totally differently than I did 25 years ago because of everything I’ve learned at Perkins.

One thing I never liked about being a studio artist is [spending]too much time in the studio. As much as I value that time, I want to mix it up. My work is primarily vessels, functional to decorative. I try to make [a piece] so it can really be used; that, increasingly, is important to me. The idea of useful can range from ceremony to daily use.

Typically, you work in series, and I have several different forms that I’ve been putting off working on because I didn’t have the time. As much as I’ll miss the routine and the camaraderie and the staff at Perkins, I’ll try to find another way to fulfill that need. 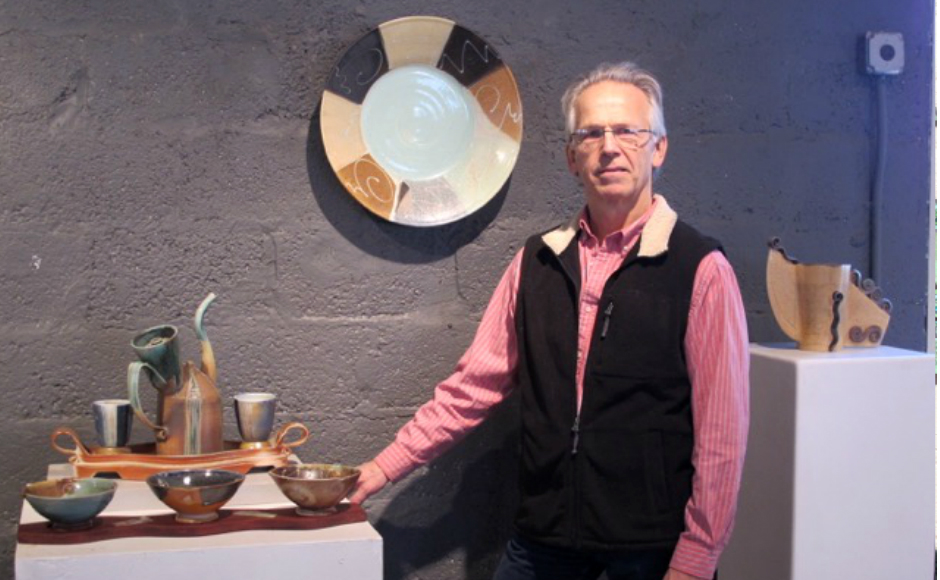 NJ PEN: Karen, one of the things you’ll be bringing to the table as you take over for Alan is a background in arts education. Moving forward, what are your priorities for the organization?

KAREN CHIGOUNIS: One of the amazing advantages for Perkins and the board in hiring Alan as the artistic director was [that]having an artist leading the organization creates the vision and responsibility of leading the arts. We support artists in terms of employment, exhibitions, a huge studio arts program, the conservatory, and camps.

Obviously I’m stepping into a 38-year-old organization, which says that it’s been well-run and well-supported from the inside and the outside. I’d like to to get a finger on the pulse of the times of day that we can be reaching people. Older people, retired people are such a rich resource, creating some programming throughout the day when some of the spaces are less used, and pulling in part of the community that feels less connected to Perkins.

Arts education is near and dear to my heart, and that’s always been a focus at Perkins. That’s an area that we’ll continue to explore and grow and innovate as well. Having been an art teacher and an arts educator for years, I think art should start early and happen all the way through our lives. I think experiences in the arts should stretch people’s thinking.

NJ PEN: What’s your philosophy of the arts, and how of communities approach the arts?

CHIGOUNIS: I think there’s a human condition of wanting the simplest way to approach each thing to digest it. For us, somehow the arts have to be connected to how kids learn in the community, or how kids learn math in the classroom. As an art teacher, as much as I’ve wanted to scream that art all by itself is really valuable just for that idea of a cultivated citizen, I think the adaptability of the arts is really great.

We have an opportunity at Perkins to do two great things in terms of exhibitions and supporting artists. We have juried shows in Moorestown where absolutely anyone from the professional to the beginner can test the waters and have a juror of some standing look at the work and respond to it. [In Collingswood], Phil Carroll and I have been able to curate the exhibitions, and we can be a little more innovative, edgy, and maybe even disruptive, kind of challenging people’s expectations and being thought-provoking. The thought that we can balance the exhibition programming gives us a chance to reach a lot of people.

NJ PEN: What lessons have you learned from working under Alan that might help you?

CHIGOUNIS: As much as what I wanted was a calendar, what I got was Alan’s experiences throughout the years. Alan doesn’t end relationships. Everyone has an important place, if not in his immediate life, then in his life experience. It’s really slowed me down and made me think of going forward in a leadership role, engaging everyone.

I hope Alan knows how grateful so many of us are to him. There are sacrifices involved in working in nonprofit; although we like the term “social profit” now, it tends to be non-profit for the people working in it. I think Alan has had really amazing and generous priorities that haven’t included his own wealth, and all of us in several communities have benefited from his vision and his generosity.

WILLOUGHBY: New Jersey is a great state for the arts overall. We have a great support system and advocacy system for the arts. I think we’re at a time when our culture is looking for a whole lot more, and trying to reconnect [to the arts]. I think there’s a great opportunity for the arts.