The NFL player discusses community outreach, addressing shortfalls in services for those in need, and what it’s like to talk social issues in a charged political climate.

For the past six years, Philadelphia Eagles safety Malcolm Jenkins has brought Get Ready Fest, his foundation’s signature charity event, to cities across the country. We spoke with Jenkins after its first appearance in Camden. 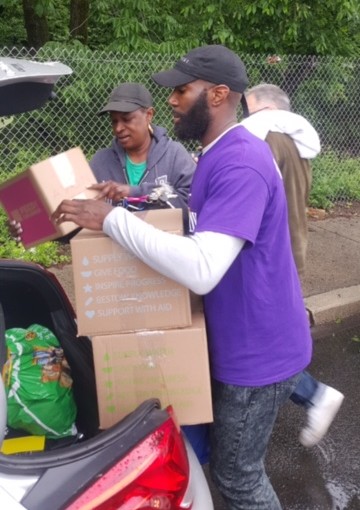 NJ PEN: Tell me about Get Ready Fest.

MALCOLM JENKINS: We hold Get Ready Fest every year; it’s our sixth time doing this.

We’ve done it in Philly, Columbus, Ohio, and partnered with Feed the Children as well as PepsiCo to serve over 800 families.

This event is run by my personal foundation. We usually show up in a place, find out what the need is, and see what we can assist.

We bring food for a week and other resources through health and wellness organizations from the community—job placement, a free haircut, dental services—to families in need.

NJ PEN: You do a lot of outreach in Philadelphia, but Thursday was your first time holding the event in Camden. How did it go?

JENKINS: Everybody’s been grateful. Everybody was extremely excited about the Super Bowl win. Everybody wants to take pictures.

But [the event is also about]  the community groups that serve these people on a daily basis: they’re underfunded, under resourced, and under-attended. [It’s an opportunity] to get everybody together.

This is really our first engagement with the Camden community. I’m from New Jersey originally, and living in Philly, I understand and see the need here. Often times this community gets forgotten about. There’s so much need in Philly that those resources don’t trickle over to Camden. It’s important.

NJPEN: What do you hope to accomplish with Get Ready Fest? 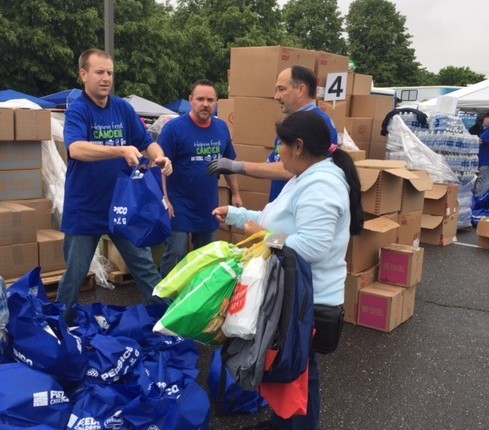 Get Ready Fest participants received enough meals and a variety of essentials to help a family of four for a week’s time. Credit: PepsiCo.

JENKINS: We can provide a little bit of relief when it comes to the food aspect, but the thing that’s more important is the resources.

When you talk about poverty and need, that includes access to health and wellness, dentists, books, foster care.

Those sponsors get a ton of participation and a ton of activity at these events.

NN PEN: You’ve become one of the most outspoken NFL players on issues of justice, community, and equity.

Do you feel that an event like Get Ready Fest supports your outreach on these bigger issues?

JENKINS: We recognize that sometimes people need help right now. While we do work on these long-term plans, there are these short-term issues that we tackle.

Once you remove some of those hurdles, how do you create advancement through economics and education? That’s changing the metrics of what we call success, and pouring in resources for people to have some equity. 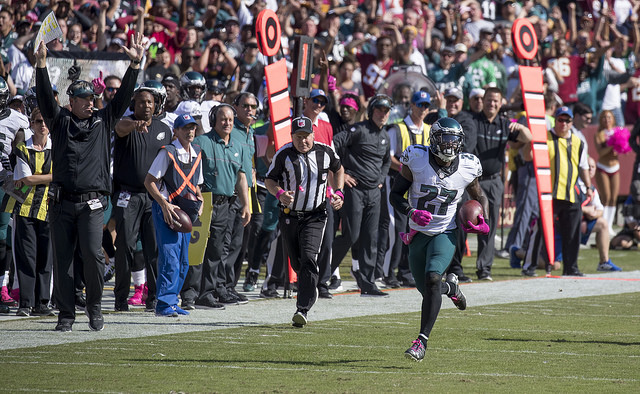 Malcolm Jenkins of the Philadelphia Eagles intercepts the ball and returns it for a touchdown against the Washington Redskins at FedExField on October 16, 2016 in Landover, Maryland. Credit: Keith Allison – https://goo.gl/jiqTH4.

NJ PEN: Camden is a place that’s undergoing a lot of redevelopment lately, and getting a big infusion of public and private money to make it happen.

One of the big discussion points is how to make sure those gains are shared among the people who already live there.

Is that something you have your eye on?

JENKINS: I know one of the big problems that we have in Philly and here in Camden— when we talk about redevelopment, often times that’s gentrification.

We have a black and brown community whose neighborhoods are being developed at a rate that they can’t stay. More resources come, but who has access to those resources? Who does the redevelopment benefit?

That’s an issue we have to be careful with. We want to clean up our communities, make them safer, advance them; we don’t want to force people to move away.

NJ PEN: These days, athletics has become political fodder, yet a football player never has a bigger spotlight then after he wins a Super Bowl. What’s it like to try to push for social reforms in such contentious times?

JENKINS: I’ve recognized over the years just how much influence and how many resources I have outside of my own money and time to bring people together; the access I have to people who make decisions and have power. How do we take everybody working in the business and private sector and these grassroots organizations to work towards advancement in our community?

I’ve been pleased by how much support we’ve gotten, not only from those with resources, but the community itself. This is our first opportunity to bridge that gap in Camden, and hopefully this is a start to a deeper relationship. NJ PEN: One of the most powerful messages in sports is “Nobody believed in us,” and I know it’s one you leaned on in the Eagles locker room all the way to this year’s Super Bowl victory.

Do you think any of that is transferable to Camden?

JENKINS: I think it’s transferable to the city of Camden and many communities like it.

Often times people will count you out because of what you look like, or because of your status and your well-being, but there’s so much talent here, so much love, and so much desire to actually be productive, and be contributing citizens, and all it takes is for us to invest in these communities. Hopefully we can bring attention to get that done.