The boss behind the Cherry Hill farm-to-table kitchen dishes about changing eating habits, the influence of choice on culinary creativity, and why you don’t have to fight the crowd at Wegmans for a good meal. 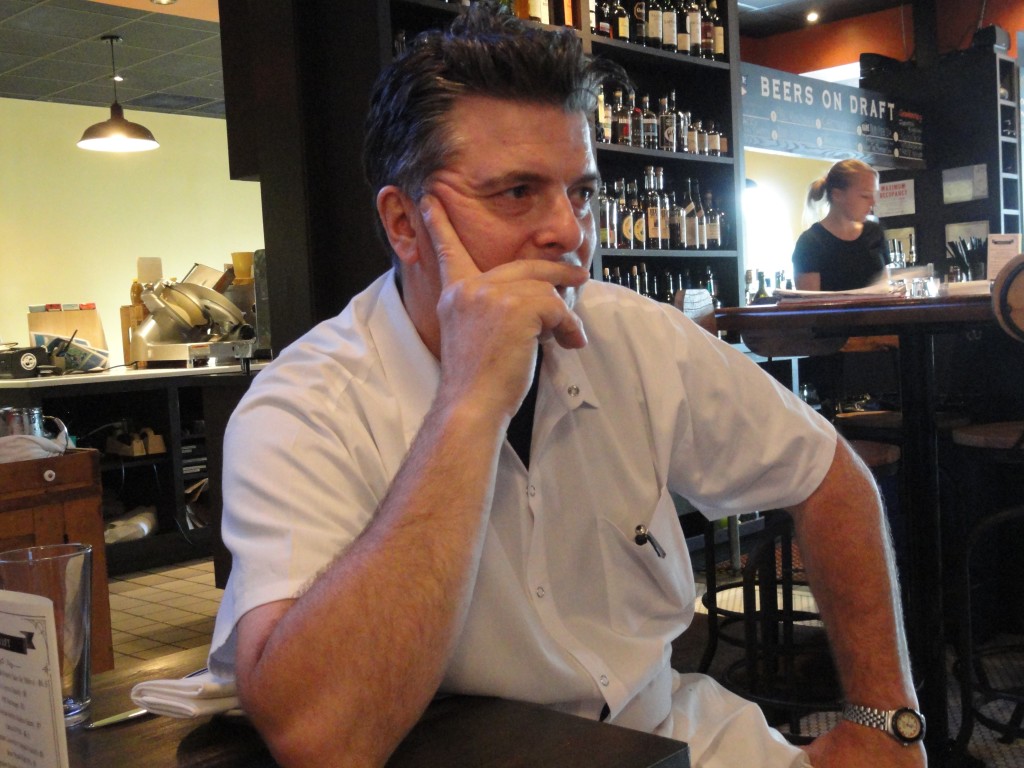 One is that we throw away almost as much food as we grow in America before it even goes to the shelf. And we, after purchase, are throwing out more than we actually consume.

Philadelphia is still the East Coast dumping point of all FDA-rejected fruits and vegetables. Produce Junction was the thing that spawned from that.

It’s incredible that there is such a thing. [Supermarkets are] rejecting [products]for blemish[es], for bruising, for age. There’s a problem.

Compost[ing]is a solution, but if you’re just buying vegetables and they’re going rotten in your refrigerator…there are things built into other societies to use these goods.

NJ PEN: What kinds of things?

FULLER: Shopping differently, using differently, and creating things that you can consume in the next day or so out of those things that are already gone. I have a zucchini, a half a carrot, some celery, and an onion. What do I need to make a soup? That’s a baseline skill: how to make a soup that tastes good. Buying soup to me is insane. It doesn’t taste good, and it’s not good for you and it’s not using any kind of ingredient that was at its peak.

I just want people to use common sense. No one’s going to, overnight, change how they’re buying. If you don’t start to make choices, the cycle of things is just going to continue to [degrade]. 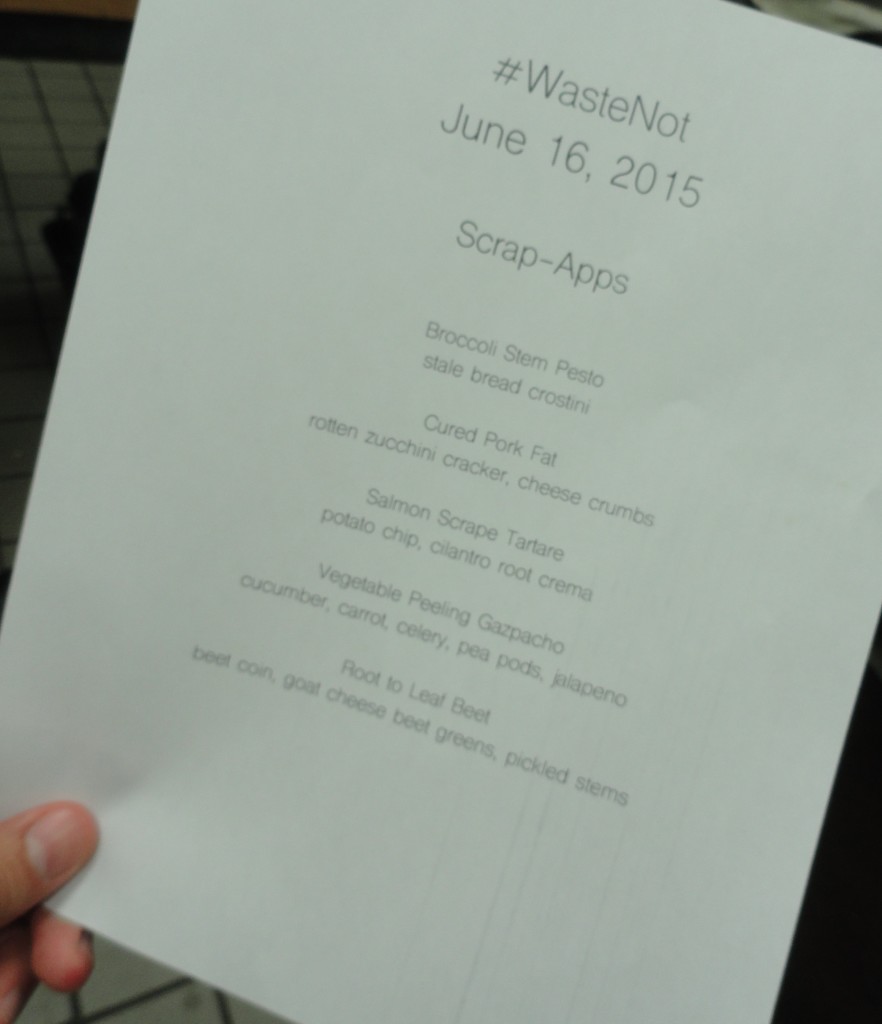 FULLER: There was a big article in Fortune about how Campbell’s and Hershey’s and Kraft are thinking about how to catch up to all the people who’ve already made the decision to buy better.

It’s about educating people to understand that even though people say “this is healthier” or “homestyle” or whatever you’re looking for, it doesn’t mean it’s made from good ingredients. It’s dietary; it’s lifestyle.

I know that people are changing the way that they live. I’ve seen a dramatic difference in the people who are out visibly exercising, and I think that goes hand in hand with eating better. I think what we do here is similar to what I do in my own home, which is make my best effort to purchase the right things.

NJ PEN: Even if they shop well, people still do a lot of eating out. That can make it difficult to eat healthily because no one really gets to see what goes on in a restaurant kitchen.

FULLER: [At Farm and Fisherman], the model was that there are people like me and like Josh [Lawler] who have families who are very busy, and we have nowhere to go to eat that we trust in New Jersey.

There’s a lot of movements, ten percent of which might stick, but at the end of the day, I think this next generation, the 25-and-unders, they’re highly educated, they care about their bodies, they care about the world, and they’re who I’m planning on being my stable of customers.

I was lucky. I grew up with a mom who made jellies and jams, who canned tomatoes, who froze applesauce. It wasn’t like she did it for any other reason than she knew it was the most cost-effective way to make fresh stuff. 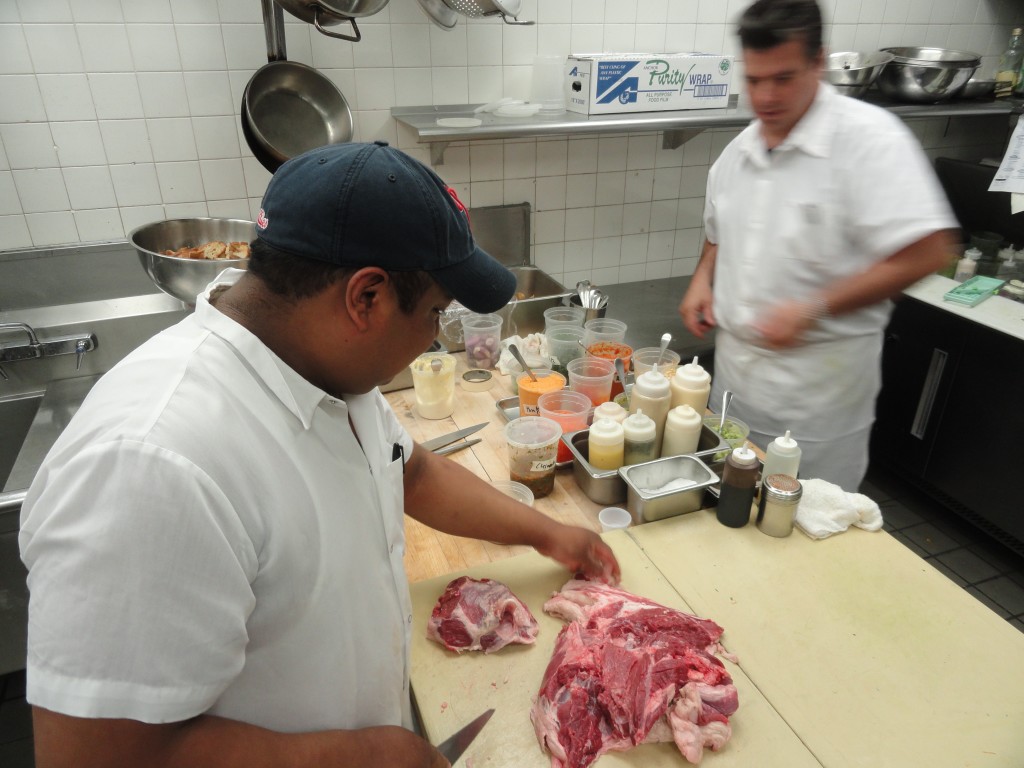 NJ PEN: Canning, preserving, making your own soup—are these just techniques that people don’t do more often for a lack of knowledge?

FULLER: People are lacking time. Tonight our apps are scrap apps. It’s app[etizer]s based on scraps of the kitchen.

I juiced peelings for a little shot of gazpacho. I cured throwaway pork fat. I made zucchini bread into a cracker out of going-bad zucchini. I scraped the bones and heads of salmon for tartare. Things like that are real chef-y.

There are things you can purchase for your pantry that aren’t available fresh: beans, whether canned or dried, grains, things like that. There’s so many different textures and profiles that you can make it really interesting. Soup, if you can follow a couple of super-basic techniques—sweating vegetables slowly, using good olive oil, seasoning in stages, salting the broth a little bit at a time as opposed to waiting until the end—creates layers of flavor.

The same thing applies to meat. Look off the beaten path. Any ethnic supermarket, look at their meat section and it’s filled with alternate cuts. They’re less expensive but require a little more work. And then go shop more.

NJ PEN: I think most people would like to try different kinds of food, but they don’t buy it because they don’t know how to cook it.

FULLER: The directions are on every bag of everything you buy. It’s not like you even have to pull out a cookbook. You have to be willing to stick with it and maybe [mess]up every once in a while. It’s okay. Eat less protein. Buy more vegetables. Go shopping more often, and don’t make it so stressful. “I gotta go to Wegmans.” No you don’t. And you don’t have to go at five o’clock, either.

NJ PEN: So it’s also about being more creative.

FULLER: You don’t have to scour the earth for things anymore. It was not 10 years ago that farro was unavailable anywhere. The only person who could get it was me in the restaurant; [people]who were specialty importers. [Now] farro’s in Shop Rite.

The way we cook here, it’s very basic. We’re always working on how to put less on the plate. My advice to young cooks is, “What can we take away? Why are we complementing this? It’s done.”

For more photos of the #WasteNot event from the Courier-Post, click here.