Trending
You are at:Home»Schools»NJ Pen Snapshot: Class of 2016

In their own words, this is how the Class of 2016 summed up their high-school careers. We asked them to help us take a snapshot of the year; a montage of the experiences of this year’s graduates, distilled into their favorite images and most meaningful moments. What follows is a sample of the senior-class experience of life in our local community schools, their stories contributing to the greater fabric of the year 2016. 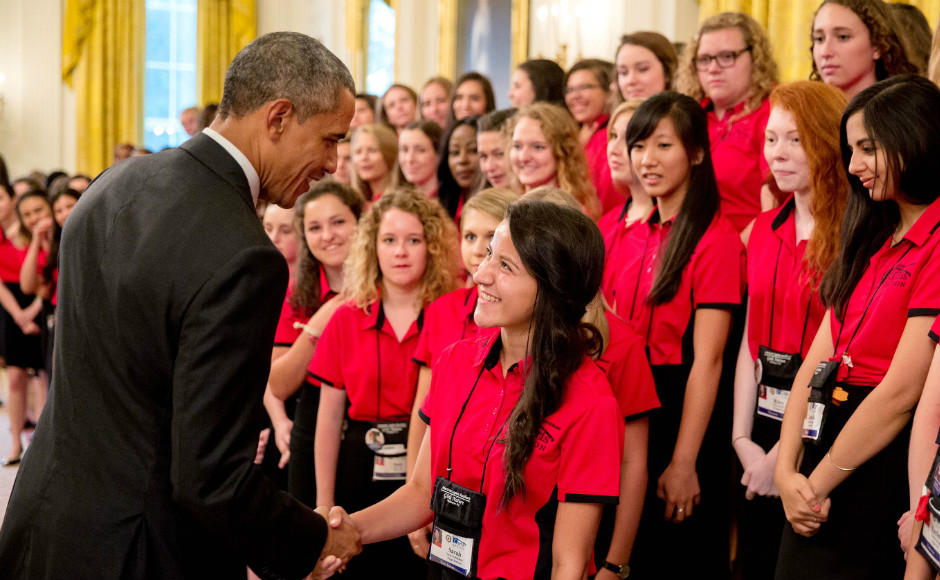 “Never in a million years did I believe I would publicly speak in front of 400 girls, let alone meet one of my biggest role models, President Barack Obama,” said Sarah Buffaloboy of Collingswood—but in 2015, she did.

That experience was part of Buffaloboy’s time with the American Legion Auxiliary Girls Nation, and she feels the picture “reveals how far I have come from where I once was, and how far I am capable of going.”

Buffaloboy said she started high school shy and unmotivated, but will graduate 15th overall in her grade. At Arcadia University, she’ll double-major in political science and law, and hopes to become a civil rights lawyer.

Graduating in 2016, her class got a “taste of two different eras,” Bufaloboy said: growing up as the kids who loved to play outdoors, becoming the generation of teens who’ve bloomed with the growth of technology.

“We are able to appreciate both sides the world has to offer: the fun side of nature, and the evolutionary side of technology,” she said. 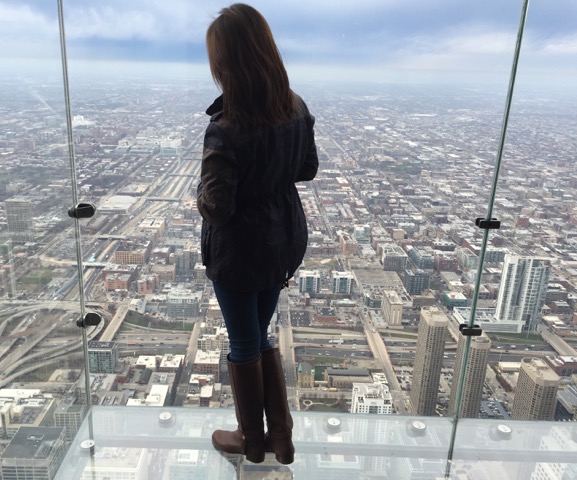 Trinh Tran of Pennsauken has also come a long way since her freshman year.

Born in Vietnam, she immigrated to the United States at age four, and grew up in a household where her parents did not speak English. Her studies were a solitary experience.

“I felt inferior, but I put on a strong and focused facade,” Tran said. This year, however, she discovered, “it was not a facade; it was me.”

Tran became her class valedictorian, an achievement that she credits to her parents’ “hard work and support” as much as her own dedication to study.

Community is also important to Tran, who volunteered more than 50 hours at a local hospital this past year in addition to her other responsibilities.

“There’s a connection that has to be formed by giving back,” she said.

Post-graduation, Tran plans to go back to Vietnam to visit family for five weeks. This will be only the second time she will have seen the country of her birth since moving to the United States. She’ll attend Drexel University in the fall and hopes to enter a career in healthcare.

Her favorite photo of the past year shows Tran looking out over the city of Chicago from the top of the Sears Tower. She writes, “Looking out, I felt as though I was invincible because I was literally on top of the city looking down on it. However, I also thought about how I could see it all, yet knew there was still a separating wall. So my goal in life is to break down that wall to truly see it and feel it.” 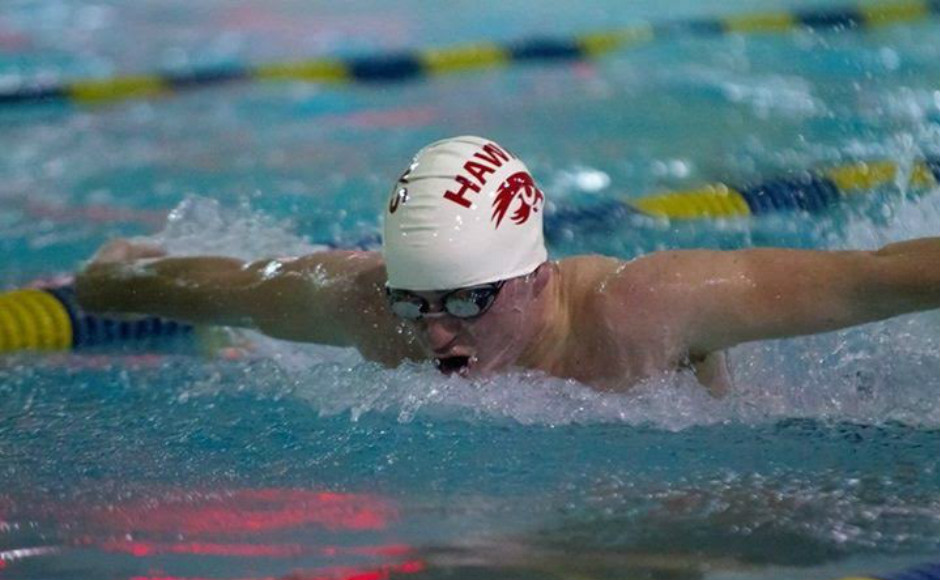 Matthew Hart of Haddon Township believes the summer of 2016 is “a pivotal time.

“There is a United States presidential election, and most of the graduating class will be able to vote,” Hart said. “This enables us to have a voice in the future of our country.

As captain of the Haddon Township Atlantic Division champion swim team, Hart is also keyed in to the 2016 summer olympics in Rio because he’s the same age as some of the U.S. Olympic hopefuls throughout the country. Hart will become part of the first men’s swim team at Mount Saint Mary’s University in the fall.

Hart described the Haddon Township High School community as being “very easy to get involved [with],” and he’s testament to its accessibility. Hart sang in the school choir, the Hawkapellas vocal group, played with the orchestra, concert, jazz, and marching bands, and was a three-sport athlete and student council member. Enjoying that level of involvement is possible he says, because the school is close-knit. 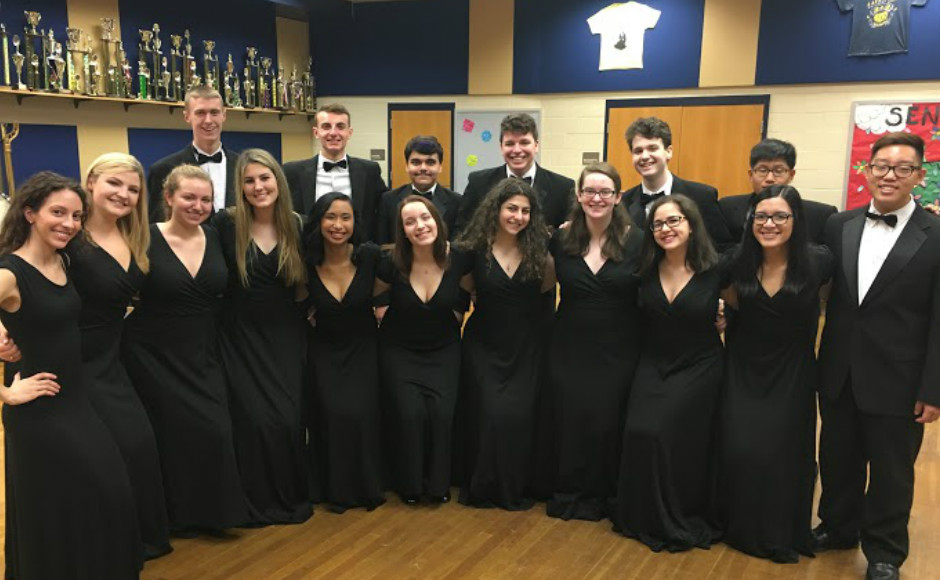 “The ties created from Chamber with these members and years past have continued to withstand not only distance but time,” Matela said.

Through choir, Matela met teacher Rachel Siegel, whom she described as one of her “true role models” and “the most influential teacher” of her high-school career.

“What’s so special about this group…is the character that flows within each of us,” Matela said of the Cherry Hill West community. “We have celebrated together, fallen together, and shared a bond that can only be created with a whole lot of heart.”

Matela feels grateful for the opportunities she’s been given from everyone she’s been “lucky enough to interact with.” She’s headed to Boston University to pursue a career in broadcast journalism, with a focus on international relations. 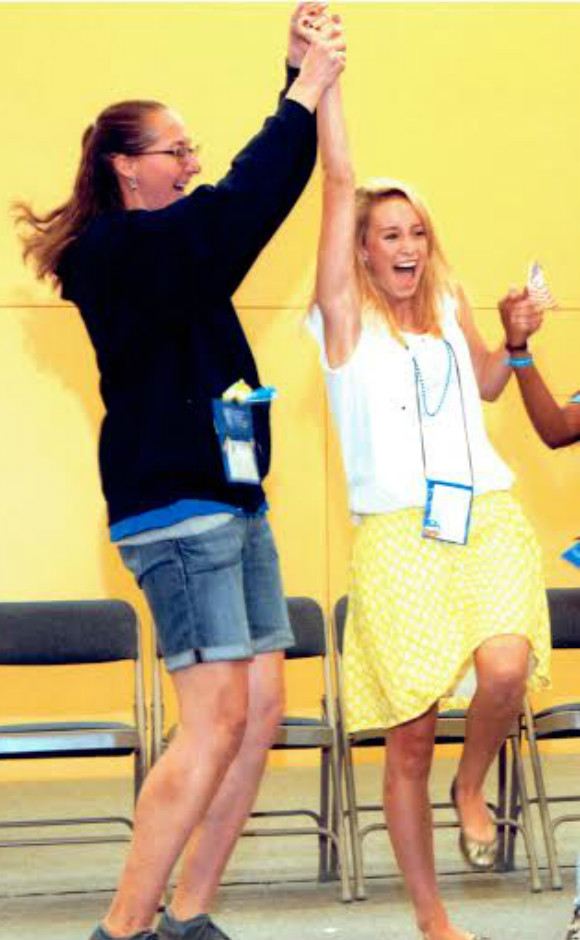 After competing against 400 other girls from New Jersey in 2015, Justina Snyder of Haddon Heights won a Jersey Girls State Governor title.

Girls State teaches young women responsible citizenship and leadership skills. Snyder was the first from her high school to win the title, and only the second in Camden County.

Opportunities like this have made her consider what it means to graduate as a woman in 2016.

“If Hillary [Clinton] wins, this presidential election will go down in history because she would be the first female elected,” said Snyder, who met Democratic Presidential candidate Hillary Clinton last month.

“It was fascinating to shake hands with someone of her stature [and]talk about my future,” she said.

Snyder plans to attend Ithaca College in the fall in pursuit of physical therapy doctorate.

To Annie Gossé of Haddonfield, there is no more important message than “be kind.

“I want people to know that I believe the most important thing in life is to always be kind and smile,” Gossé said, urging that conscientiousness, positivity, and friendliness “can only do good.”

Gossé found that kindness in her fellow student council members, whom she described as “some of the most intelligent, charismatic, and innovative students in my school.” She was their president, and Gossé credits their “kindness and hard work” as indicative of what she loves about the larger Haddonfield community. 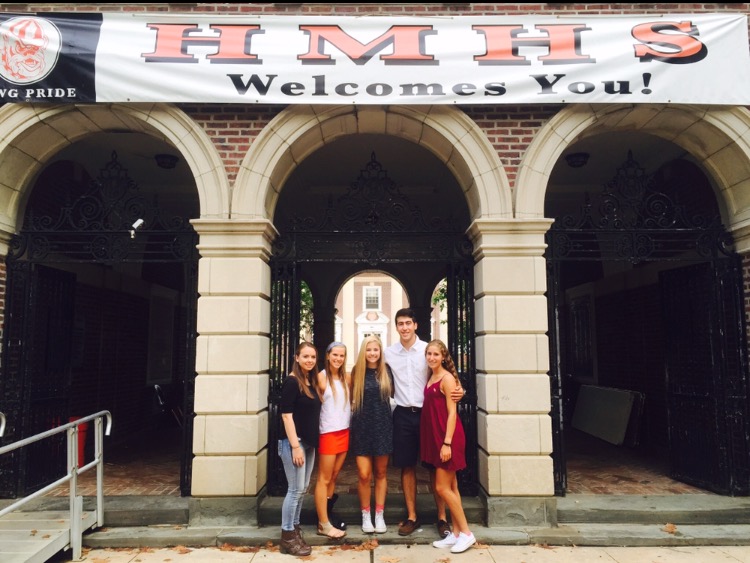 “Being a member of my community comes with a responsibility to live up to its high standards, but [it is]also an honor to be able to be raised on these standards,” she said.

Gossé plans to study criminology and American sign language at the University of Maryland before eventually attending law school.

In their remarks, each of these members of the class of 2016 remain true to the same overarching message: living in strong communities is critical to their success.

The activities and opportunities in Camden County have given them an overwhelmingly positive sense of place, culture, and belonging, and for that, the futures of these students and their graduating peers looks bright indeed.