Trending
You are at:Home»Schools»NJ Pen Snapshot: Class of 2017

We invited six graduating seniors to tell us about their experiences in high school, their plans for the future, and how they view their obligations to community.

As they accept their diplomas and head into the final summers of their youth, members of the Class of 2017 are aware of the volatility of the current American political climate and the overbearing presence of technology in their daily lives.

They’re also aware that sustaining the quality of life in the communities that gave them their educational footing requires individual service and a willingness to bridge differences of opinion.

They’re optimistic but realistic; motivated yet accomplished; rational and artistic. We present a snapshot of how six of them see the road ahead.

To Collingswood High School valedictorian Zena Saifo, who immigrated to the United States from Syria, the effects of the civil war in her native country still feel personal and immediate.

“I know what it feels like to watch family members and friends suffer from a tragedy,” Saifo said.

That’s why she volunteers with the Narenj Tree Foundation of Norristown, Pennsylvania, which provides humanitarian aid to people displaced by violence and natural disasters.

“We must step up and stand up for what we believe in,” Saifo said. “We are the future, and we must take this very seriously. We must take action to make things right, and learn to become responsible for everything that occurs in the U.S.”

Saifo takes that responsibility personally: in addition to being valedictorian, the Oaklyn resident is also president of her class and student representative to the Collingswood Board of Education. She believes in leading by example, and in cultivating different perspectives from everyone she represents.

“Being a member of my community means that I must take responsibility and help those around me,” Saifo said. “I cannot sit back and allow negativity to consume the lives of those [who are]part of my community. I must view things from everyone’s perspectives and attempt to understand their experiences so that I can not only help them, but also help myself grow into a compassionate and educated individual.”

Saifo will study biochemistry at George Washington University, and plans to pursue a career in pharmacy. 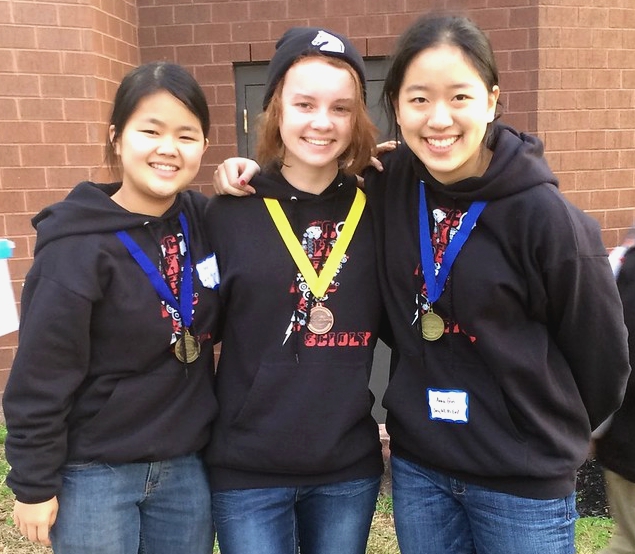 She’s the 32nd-ranked female chess player in the nation, and a regional Science Olympiad winner, but Mariya Oreshko said building her first PC is her biggest accomplishment to date.

It’s also a fine first step into the world of computer science, which she’ll take up at Carnegie Mellon University this fall.

Perhaps unsurprisingly, Oreshko views her generation as “entering into the ‘real’ world with a significant portion of our lives existing in the digital world.

“We will be leading our peers and those younger than us into a world where it is normal for a person to live and interact with others online as much as they do in person,” she said—which makes them as much of an experiment as her PC build.

As achievement-oriented as she is, Oreshko also carves out time for tutoring and volunteerism, which provide opportunities “to use my skills to give back to other people around me.” 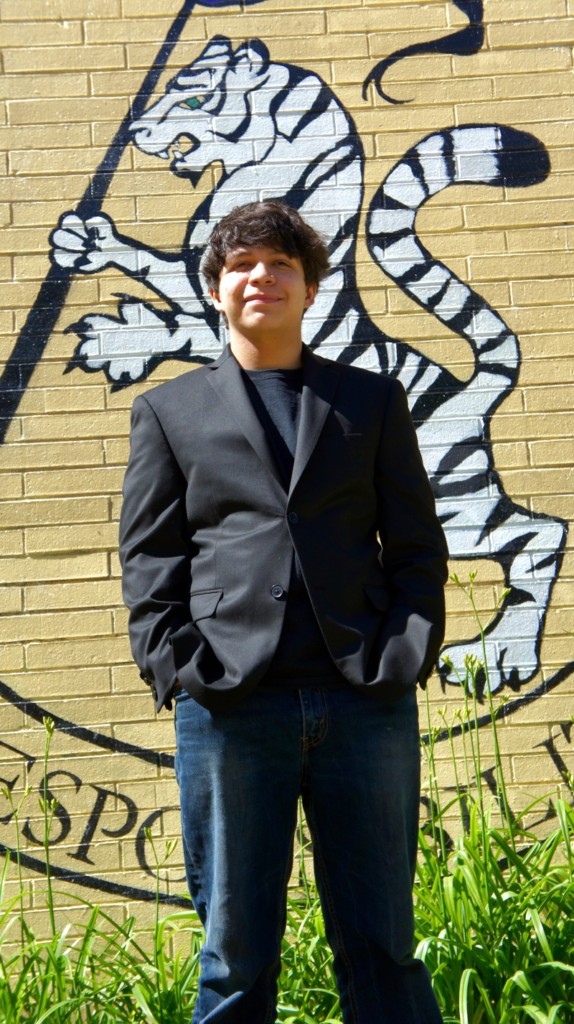 Adopted at birth, Rodriguez said his parents have encouraged him “to become a man of good character,” and raised him with “old-school values.”

He credits that upbringing with helping him recover from a traumatic brain injury he sustained in a devastating car accident last May.

It was only through the intercession of some fast-acting, off-duty EMTs that Rodriguez was transported to the hospital in time.

“My life was turned upside down in seconds, but spared,” he said.

“This tragedy has defined the man I strive to become. I am determined to live life to the fullest.”

Asked to sum up his high-school experience in a word, Rodriguez chose, “venturesome.

“All the experiences on this adventure have helped me to develop my personal character,” he said. “I know who I am, and I am proud of myself.”

Rodriguez will attend Camden County College in the fall, with plans to study mechanical engineering at Rutgers University. 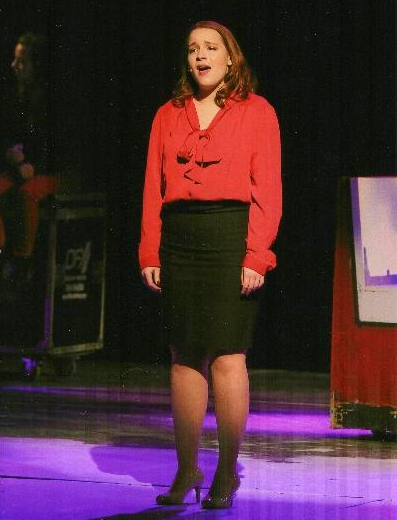 One of Amelia Paulson’s formative high-school memories came during the Cherry Hill High School West production of School of Rock.

Auditioning for the role of Principal Rosalie Mullin, one of the show’s leading roles, was the first time Paulson can recall taking such a risk—and it paid off.

“It was the first time I put myself out there in front of my teachers, my friends and my family,” she said.

“It was a great confidence-booster.”

Paulson will take the impression of that experience with her to Ithaca College in the fall, where she’ll study theater arts management and voice.

She hopes to incorporate a newfound love of science into her theater work, and believes both reason and emotion are the keys to healing a divided nation.

Paulson said she wants to use her “privilege of being a high-school grad and a college student to help unite our country through the arts, through science, through being a kinder person, and appreciating and celebrating differences.” Those values also belie her view that “being a member of my community means really being a part of it.

“Our nation’s government is going through so much change, and the United States is being seen as a divided nation around the world,” Paulson said.

“I like getting involved, walking into Haddonfield through the parks, eating at local restaurants, working at Springdale Farms, singing at local nursing homes, voting for the first time at the firehouse, or just hanging out in my backyard, around a fire, talking with friends and family.” 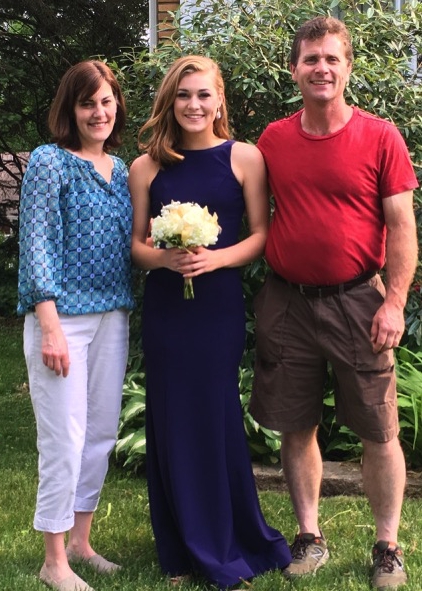 Like Paulson, Haddon Township High School graduate Josie Crowley is similarly interested in performing arts, and will attend Regent University in the fall to study animation.

Crowley believes she’s part of a generation “entering a world that has increased its efforts to be supportive and positive to all kinds of people,” and hopes to parlay that encouragement into “do[ing]great things for the world.”

“The small things people do for each other are what can change the community the most,” she said.

Service shouldn’t mean “waiting for someone to ask you to get involved, but to take the initiative… because you genuinely want to impact those who surround you,” Crowley said.

Captaining the tennis team taught her “patience, strategy, honesty, and dedication,” values she will apply in pursuit of a journalism degree at Rowan University this fall. Hill hopes to wrap that degree in three years to shave a year off her juris doctorate, for which she’ll study through the Rutgers University “3+3” program. 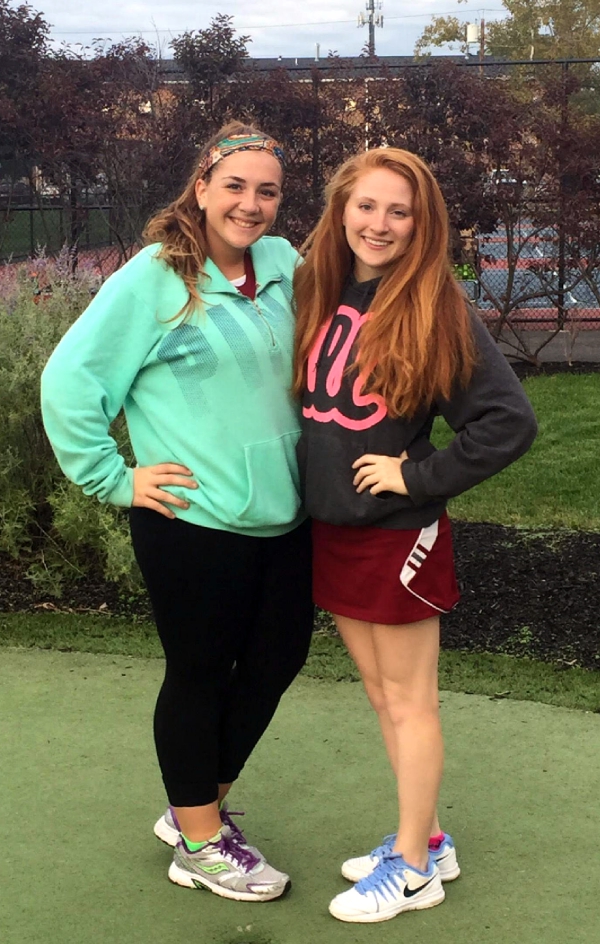 The Class of 2017 is “basically living in the future,” Hill said: young enough to remember a life before social media and old enough to anticipate a future of driverless cars.

But her small-town upbringing provided a foundation that Hill said set up her future for success more than anything else.

“The amicability and familiarity amongst all residents is endearing and reassuring,” Hill said.

“I would not have been able to be as successful in life as I have been without the generosity and opportunity offered to me by my neighbors, teachers, and fellow parishioners.”

Get more local news that matters.